“Thanks for the letter kid” – The Ressies Match Report

Bookings: Confusion reigns so not sure?

We are not sure if co-manager Mungo received a letter from a schoolboy this week asking the ressies to ‘lose some games’, but lose they did against a resolute Cranleigh.

Mungo, who is dipping his toe in the icy waters of Canada for the next couple of weeks, must have felt like crying into his Molson Blue (whatever happened to that rather tasty beer?) at the end of an impressive unbeaten run in the league. Like Liverpool, it was bound to happen sometime, but the manner in which it occurred was frustrating. 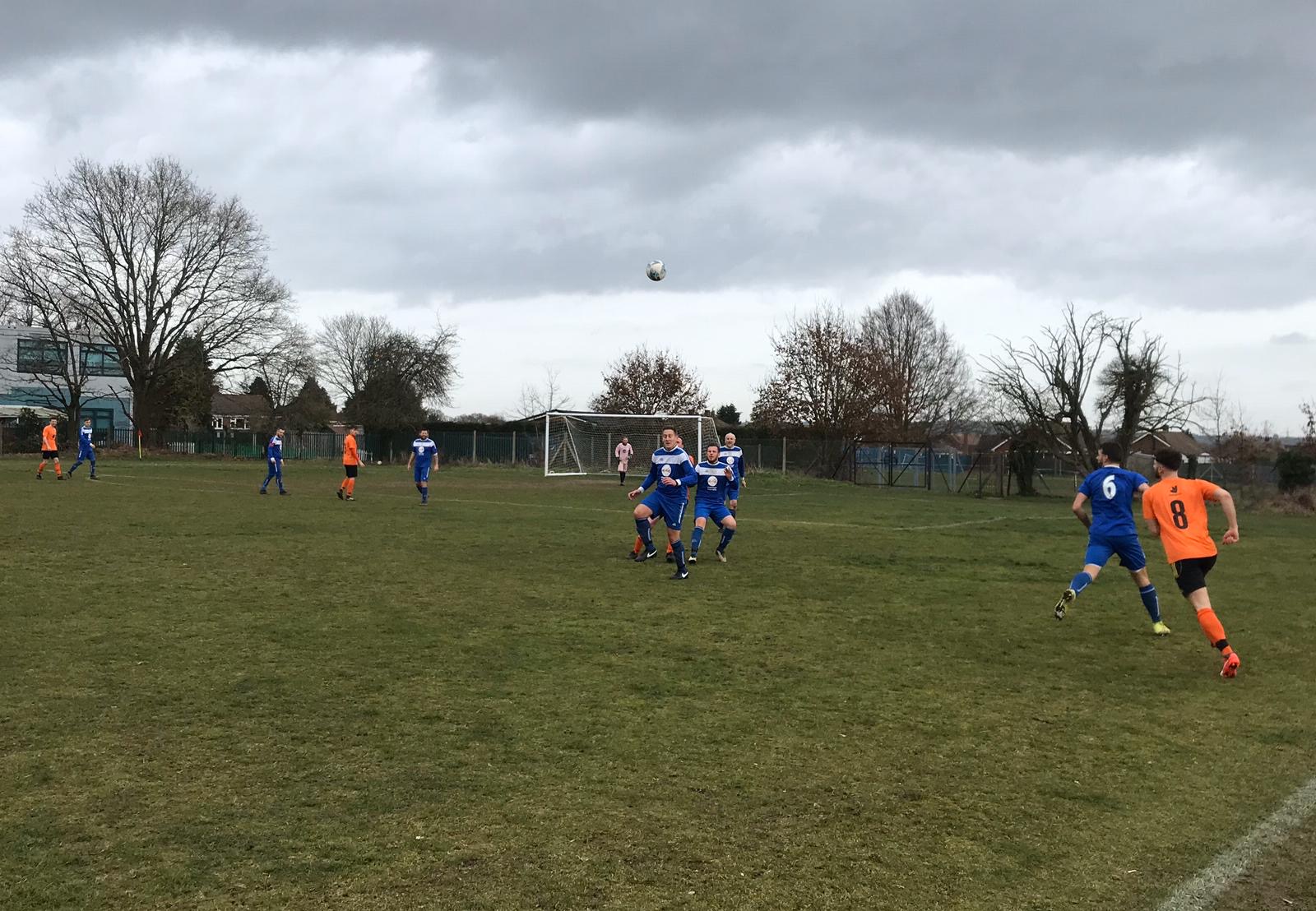 Although the fair play elbow bumps were overlooked this week, the ressies seemed to take the government’s recommended safe distance of ‘one meter from strangers’ a bit too literally. Cranleigh, who are probably all related to each other, had no such problems and yet, for all their early pressure, it was the ressies who created the first shot on target.

Sadly, it fell to Alex O’Shea who seems destined, despite some barnstorming performances, not to score this (or any other?) season and he struck the ball straight at the keeper. Ryan Wallis then had another chance before the two combined only for Alex to hit the ball at the keeper again.

Yet more chances emerged without ever really troubling the keeper before a lovely bit of football down the right involving Midgers, Alex and Tommy ‘two cards?’ Newell created an opening for Wallis who finished on the stretch from close range.

For all this apparent dominance the referee was (according to my early notes) ‘a tad whistle happy’ and this observation proved accurate soon after the goal when the referee awarded a free kick for a tackle that the Cranleigh linesman conceded was “fortunate”. The decision then turned into an assist as the free kick sailed directly over returning keeper James Mullins head to level the scores.

This setback notwithstanding, the ressies should have re-taken the lead as Wallis was able to exploit the high line of Cranleigh on at least three occasions. Sadly, with only the keeper to beat all were squandered and even when the ressies did test the keeper he was up to the task with one very good block standing out after three successive efforts on goal were repelled.

It was then Mullins turn for some heroics and he came out well to block what looked like a certain goal with George Searle mopping up afterwards just before half-time.

The second half got off to a horrendous start as possession was given away not so much cheaply, but for free. Only some solid defending, especially from man-of-the-match Jake Ladd, denied Cranleigh clear opportunities from this but the ressies seemed determined to gift the match at this point.

This, and more bewildering refereeing, finally took its toll and Newell was sin-binned for ten minutes for questioning the referee’s, ahem, ‘competence’. It may well have been a sterner punishment but going down to ten men was the last thing needed as the game became very scrappy indeed. 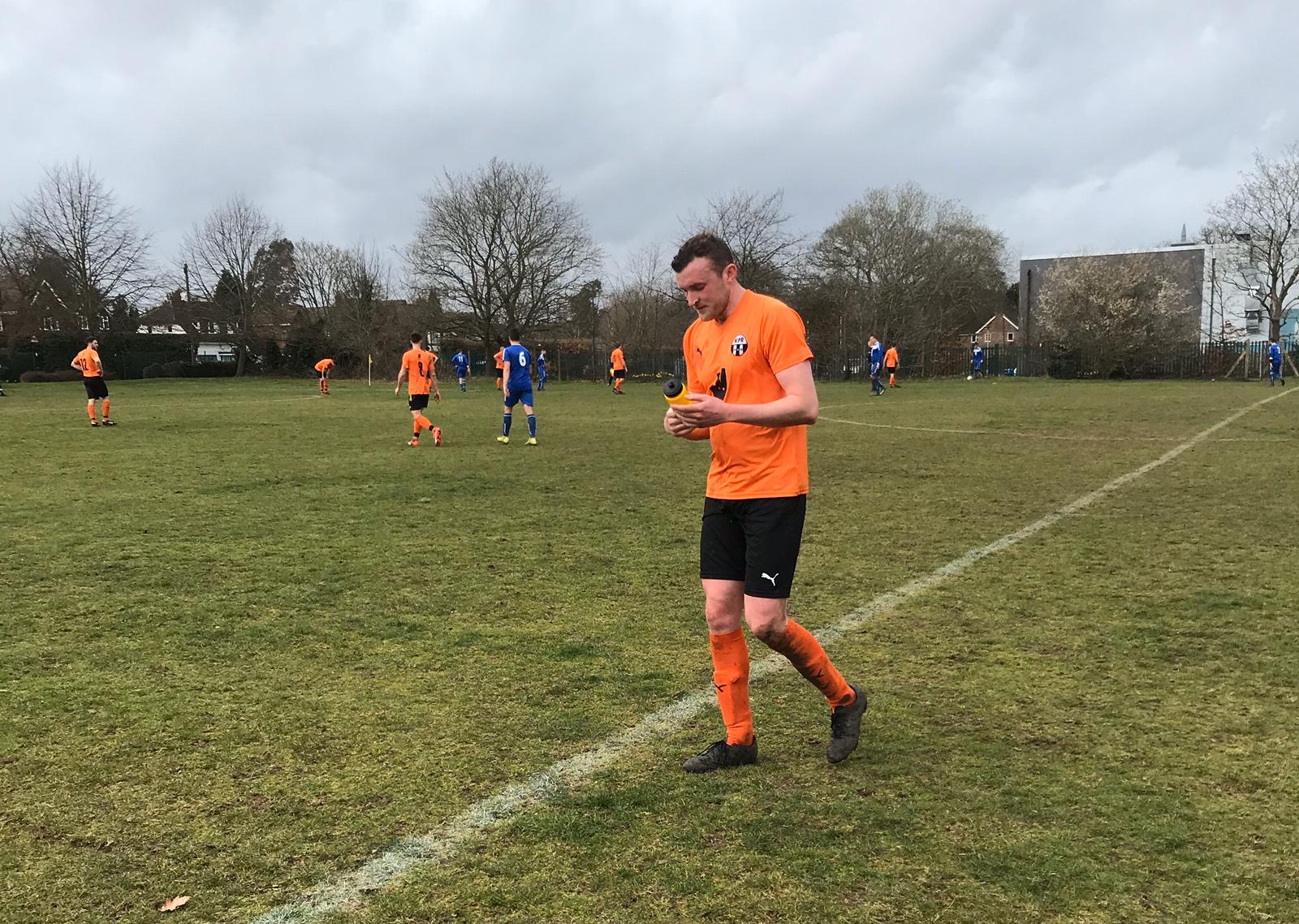 Even the ressies captain, the normally secure Calum Toone, was having a minor ‘Weston’ and although he recovered well ,having failed to clear an easy ball, the opposition’s late tackle on him induced a minor ‘scrap’ of sorts as Adam East and the perpetrator conducted a shoving contest. A booking each and it was soon forgotten and with Newell back on things were looking up until the referee made another curious intervention.

Although a challenge for the ball had left a Cranleigh player on the deck, no foul had been committed and play continued. But with the enigmatic Stephen Kemp about to pull the trigger the ref blew up and stopped play? Tig probably owed the swear box a tenner by this stage but the ever calm Chainey took stock and swapped Wallis for Eliott Westwood in an effort to shake things up.

Indeed, Westie looked good from the off and he was holding the ball up well and not only bringing the midfield into play he was delivering a good free kick that Easty headed just over before failing to sufficiently dislocate his spine in order to hit the target with an attempted ‘overhead kick’.

Regrettably, the referee intervened again and Easty received a second yellow for a very innocuous foul. All credit to the referee for rescinding the card after the match but the damage was done and the ressies had to play a further half an hour of the match with ten men.

Chainey sought to counter this with the introduction of some fresh legs. The injured Midgers was swapped for Jamie Hunt and then George, despite some twinkle toed play down the left, gave way for William ‘the Earl of Worplesdon’ Ponsonby. Ponsonby in particular slotted in well but it was, once again, O’Shea who came closest with a well struck drive from distance that just went over the bar.

As usual further chances were created, but Cranleigh’s familial-like bond embodied itself in some unshakable defending that keep the ressies out and the last opportunity just evaded Cal at the far post before the referee called time on a frustrating afternoon.

The three monkeys of the apocalypse?

The stars may not have aligned for the ressies this week, but the result is far from disastrous. What happens for the rest of the season remains in the ressies own hands and, if opportunities are grasped, the future looks bright. Let’s see if, like Liverpool, the ressies demonstrate what the greatest of all football philosophers, Iain Dowie, called ‘bouncebackability’.