Man of the match: Rob Partridge

There were more than a few cobwebs to be blown away after three weeks without any football for the ressies, and goodness me it showed in the opening half of their victory over Chiddingfold.

This week it was the first team who had their game (at opponents Chiddingfold) called off and they were expecting an entertaining game after last week’s report was deemed to have painted them in a poor light. Observers were curious as to why the Chiddingfold touchline wasn’t similarly bolstered by redundant first teamers, but it seems as many as five of them had been called up to play.

The ressies had called up Johnathan O’Shea to play up top and Dan Way was recruited as a last-minute substitute after manager Mungo failed the time-honoured pre-match fitness test of ‘kicking a ball?! In the end, the respective changes made little difference, despite the ‘rusty ressies’ getting off to a shocking start. 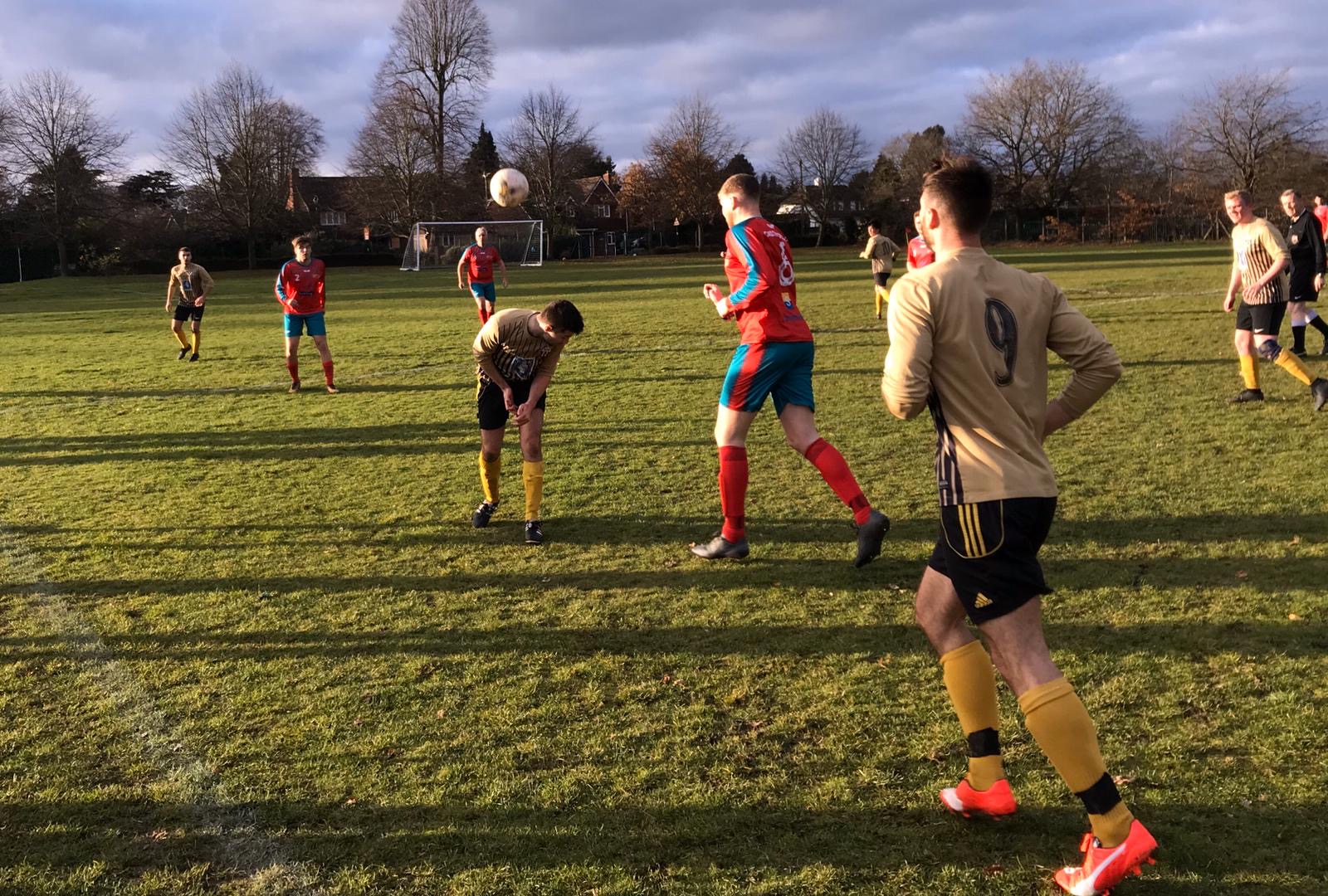 The art of heading

Nobody, it seemed, appeared capable of trapping a bag of cement, let alone string more than two passes together and the first clear chance of the match fell to the opposition after captain Calum Toone helpfully cushioned a header into the path of the oncoming forward.

Jake ‘the Walrus’ Simms did well to palm the ball wide, before then producing the save of the match from a free header that he tipped, cat-like, onto the post before quickly gathering the rebound. Having performed heroics, he was then left helpless after more dilly-dallying in defence presented the opposition with a free header that the forward inexplicably headed wide from inside the six-yard box.

The opposition keeper wasn’t entirely idle however and he also parried a decent shot from Johnny O’Shea before gathering the ball before Ryan ‘Midgers’ Midgley could pounce. The play was still poor and there was little to suggest anyone would produce anything of genuine quality. This fear was summed up by an attempted Adam ‘Eastianoo’ East special from 25 yards that he scuffed horribly. There was little indication that East would prove to be the man-of-the-match at this stage as his best ‘involvement’ up to that point was a wrestling match with the forward after he’d apparently left his foot in.

Matters were almost comically shambolic with ressies (in this case Alex O’Shea and Billy Neal) tackling each other!? Indeed, bar manager El Boy regarded first team skipper Bruce’s missing phone “the highlight of the half” until the ressies finally came to life with five chances to score in the last few minutes.

Talk in the pavilion was somewhat downbeat over teas and beers and any hopes for a goal looked increasingly optimistic after Midgers failed to make any contact with what should have been an absolute sitter from three yards after a trademark throw-in from East into the box. 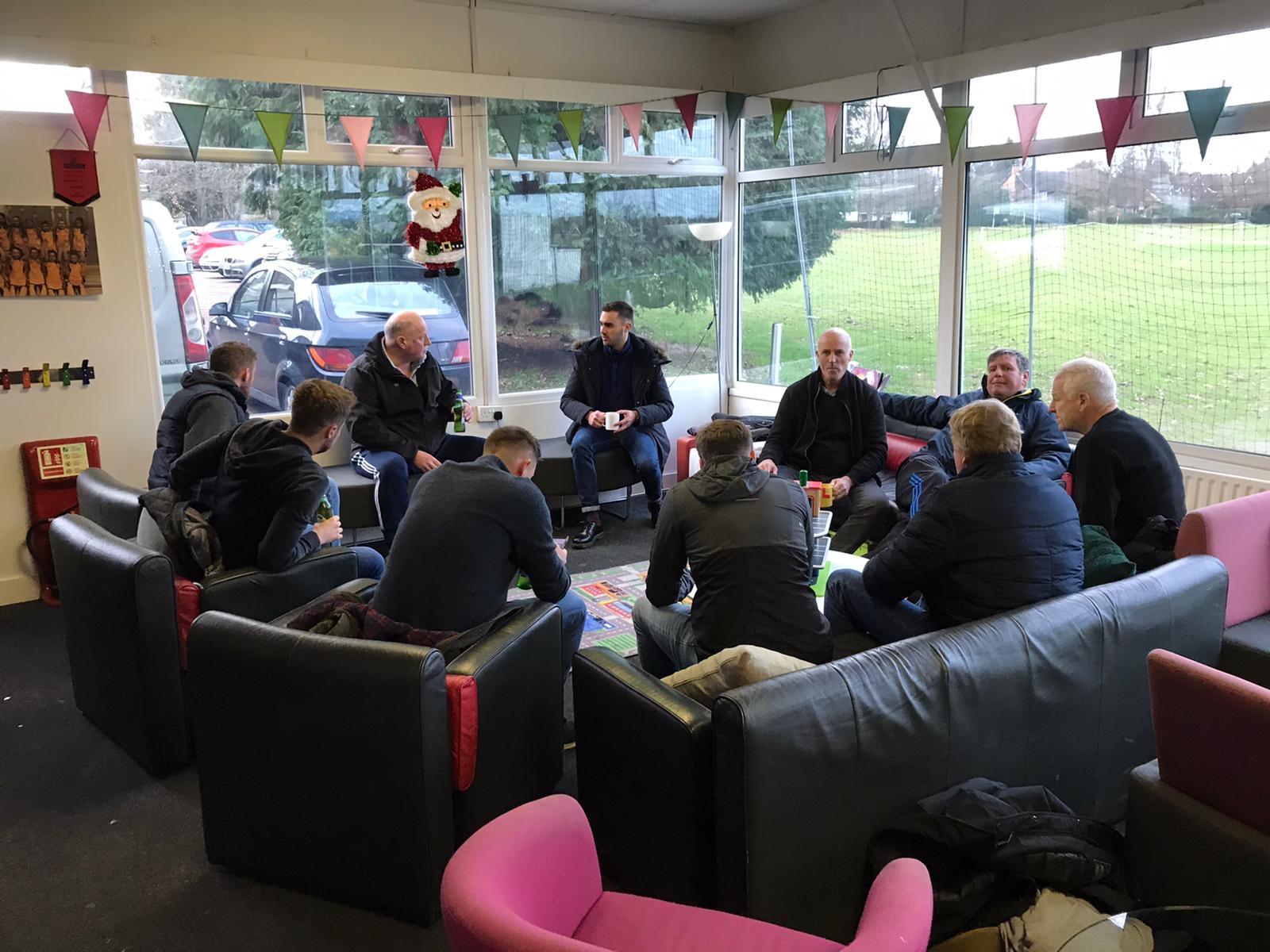 A goal, if the ressies increasing dominance was a guide, was looking more likely however but the potential source remained a mystery until the pressure resulted in a short series of corners. After a good delivery from the right it was East who finally broke the deadlock by rising, almost unnaturally, like a farm-reared salmon to head the ball into the net.

The shackles finally appeared to be off – like Midgers who made way for Dan Way – and both Way and Neal would have scored were it not for some decent defending. Patience on the touchline was then rewarded with a fantastic goal that owes much to the quality of Way and Neal, who’d not, it must be said, been having the best of days up to this point.

Way hit a sublime diagonal pass from the left that Neal met on the full while outstripping the defender for pace and then, after a second touch that took him beyond the keeper tucked the ball into the corner. Bellissima! Flat whites all round! Or so we thought, as an inability to then put the game to bed almost came back to haunt the ressies.

The opposition were certainly at their best going forward and they were bringing a little pressure to bear on the defence who were now, thankfully, more in tune with the game. James Crouch was solid as always, but it was Rob Partridge, in particular, who was having an excellent game up against one of the first team league’s top scorers. Regrettably, all the hard work was undone by East who, in doing his best to scupper his man-of-the-match credentials, gave away a penalty after an ‘air shot’ of an attempted clearance.

There was little the Walrus could do about the penalty and Mungo and co-manager James Nixon freshened things up by bringing James Kear on for George Searle and Scott Whittaker on for East before he did any more damage. 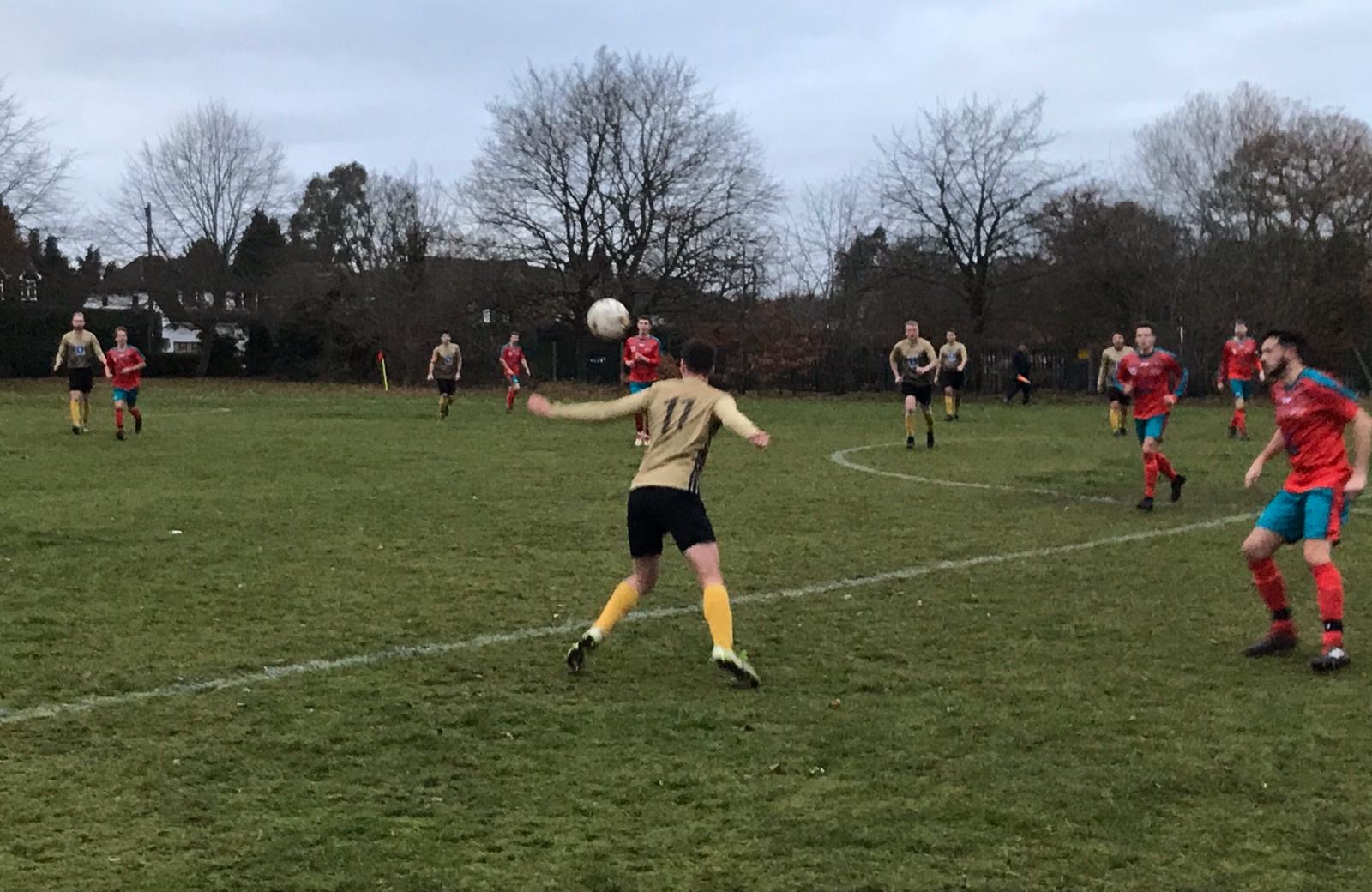 Both slotted in nicely and Kear in particular proved effective in mopping things up before making two or three decent passes forward. Certainly, the game was becoming stretched as the players tired and both Johnny O’Shea and Vic Hamilton (as men of their age should be) were still full of running and they could have had a hat-full were it not for some frustrating offsides and an excellent save from the opposition keeper from Hamilton.

The last chance fell to Way with his head but his Superman © impression placed the ball over the bar before the referee called time on a game that got better as it went along. The ressies rode their luck in the first half but they deserved the win given their performance in the second. With luck the ‘rusty ressies’, like the series of cancelled matches, are now a thing of the past.