Goals: Tommy Newell, Michael Woods (2) and an own goal

Man of the match: Tommy Newell

Yet another grim day at Fortress Pyrford for the supporters was tempered this week by a very strong performance against a Shottermill and Haslemere side that were much better than the score might suggest.

Very strong would certainly describe the header won by Owen Sutchberry in the opening minutes that not only set the tone for the afternoon, it poleaxed the opposition centre forward. Indeed, the defence was looking in fine form and Bruce McPhail in particular was winning everything he challenged for. 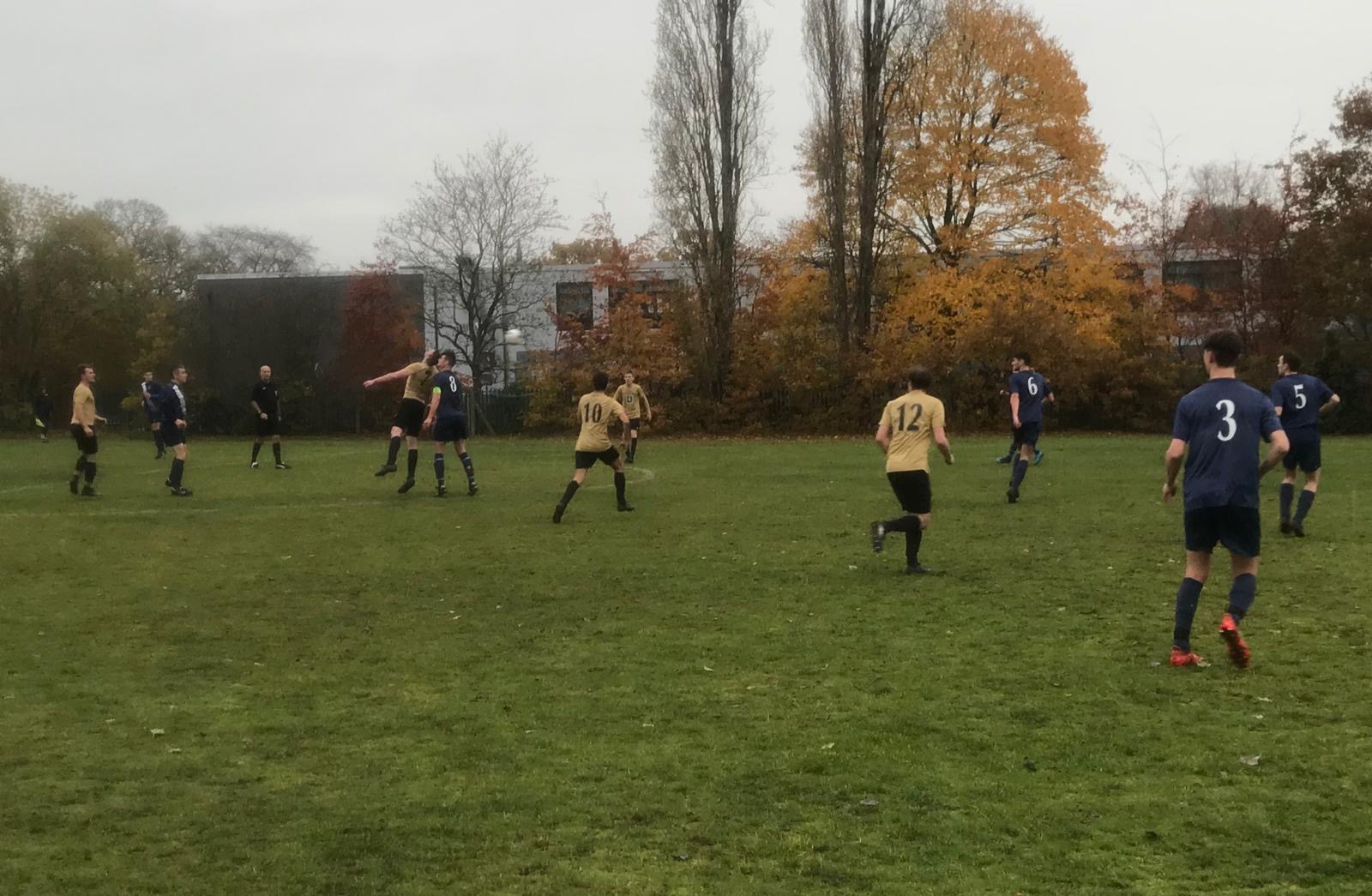 The Rangers were looking just as good going forward and there were two or three nicely crafted maneuvers before the opening goal arrived. The build-up began with Bruce winning the ball once again in midfield before a first time ball from Liam Harrison to captain Michael Woods. Woods may have been stuck in the corner but, having retained possession well, he informed Tommy Newell to expect the ball at the edge of the box.

Woods, being an all-round good egg and man of his word, the ball duly arrived and Newell, after a dodgy first touch it must be said, drilled the ball into the bottom corner of the net with his left foot of all things! 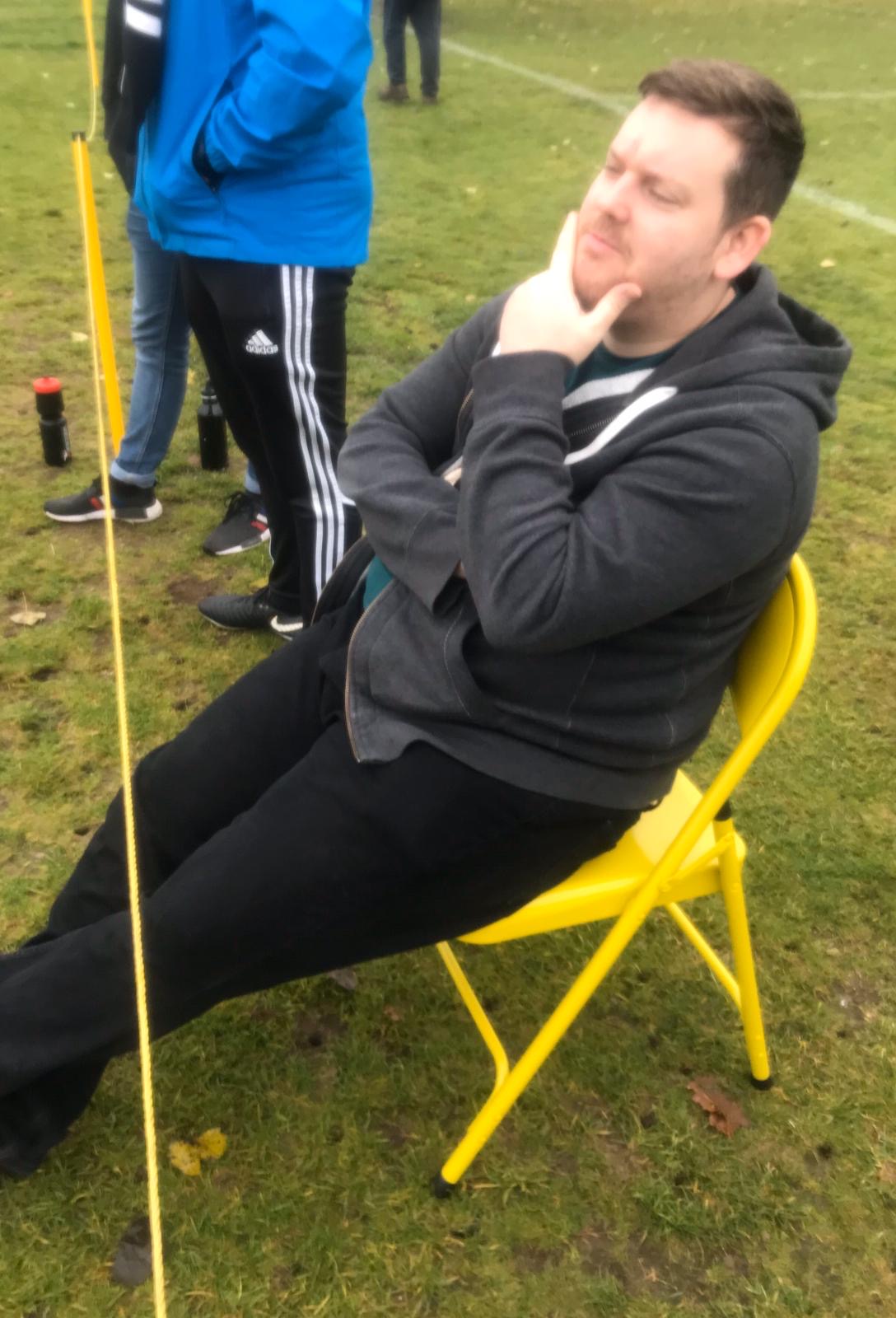 Such was the start what followed appeared to be rather mediocre and the opposition enjoyed the bulk of the attacking play. With the defence in such good form most attacks were comfortably dealt with and yet Kieran Ennis in goal was still required to make a number of important interventions. The most important, however, was off Ryan ‘Chinga’ Mitchell’s unfeasibly large crust as a goal bound header was deflected over the bar.

It was against the run of play that the second goal arrived and as much as Harrison’s first touch was excellent his ‘shot’ across the six-yard box only went in after it ricocheted of the hapless defenders arse at the far post. Indicative of the balance of play, his old man Harry exclaimed “we’ll take it” and it was fair to say a two-nil lead at half-time flattered the home side.

The opening minutes of the second half were less than exciting and it was only the opposition number ten, sporting a haircut you normally get free with a lobotomy or a tour of duty in Vietnam, was putting himself about. Much of his attention was directed to the blond matchstick Dan Way who was getting better the longer the game went on. It was Way, yes way, who began the move for a third goal that trumped man-of-the-match Newell’s opener although he was involved. Way found Newell in the centre of midfield and a lovely pass inside the full back was seized upon by Woods who cut inside to unleash a ferocious shot into the roof of the net.

Defending from the front

Like busses yet another goal duly arrived, and this was arguably the best of the bunch after Way bamboozled the right back. Way’s cross left the keeper stranded and the defender appeared confident he’d be able to clear until Woods arrived like juggernaut to power the ball into the net with his head. Marvelous stuff from the Rangers was countered by the opposition with a number of reckless challenges on Way, which made him (literally) ‘hopping mad’.

Sensibly, H told Way to “count to ten” and it was at this point Harrison junior made his best contribution to the match with “you’ll be lucky” but the referee decided against booking the perpetrator. As much there was no questioning the yellow substitute Connor Reeves received after a very rash challenge the yellow Way received for flicking the ball away was daft given what he’d had to put up with previously.

Bookings aside, the scoreline should have got even better were it not for a stupendous save from the opposition keeper that denied Chris Butler, Woods evading his hat-trick (and a round of drinks) by placing a free header over the bar from close range, and both substitute Jonathan O’Shea and the monobrowed Seamus Leonard hitting the post! 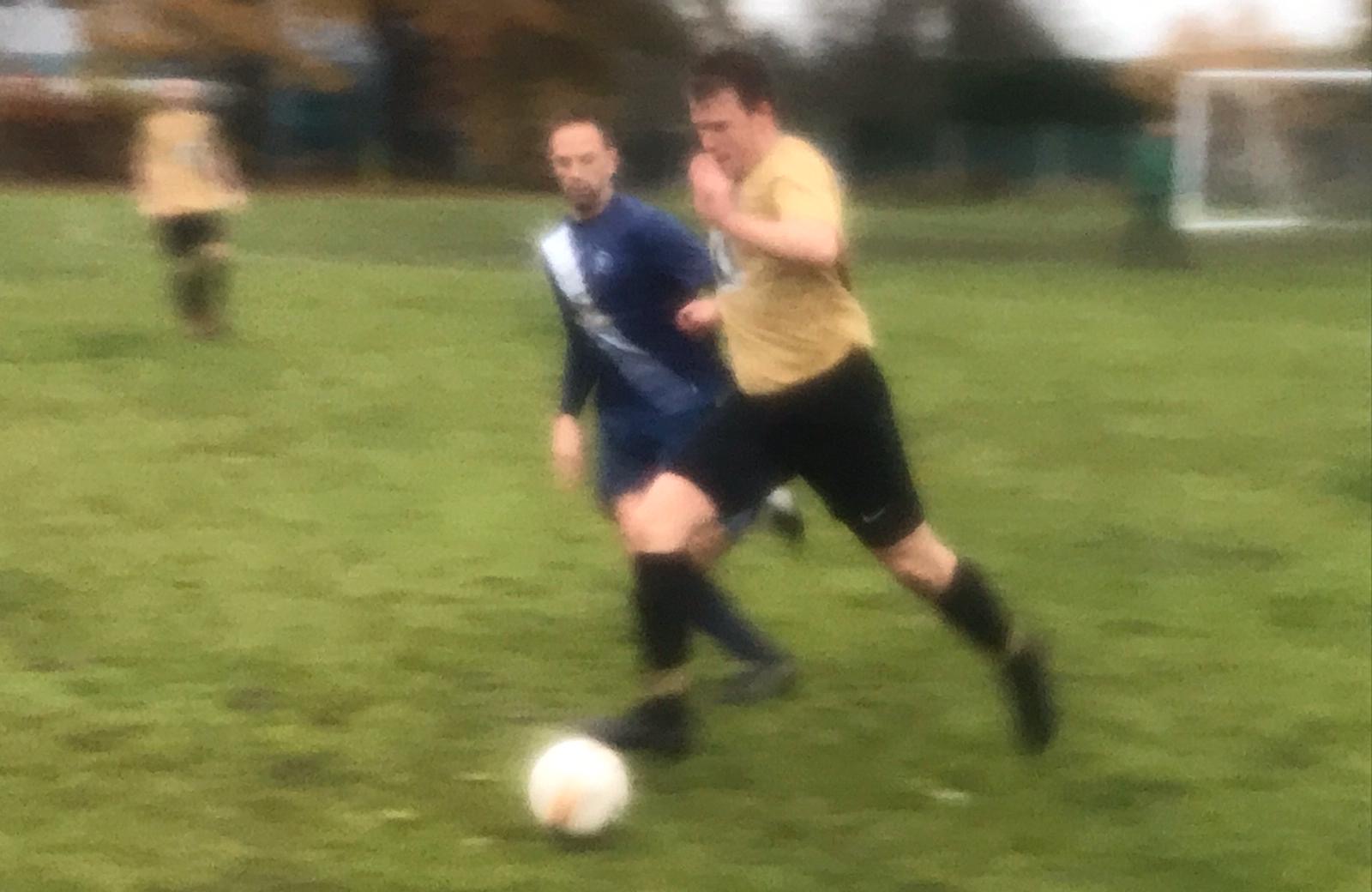 The blur the is Bruce

Maybe it would have been cruel to have scored too many more? It was certainly getting difficult to see in the darkening conditions and the final whistle was greeted with relief among the supporters who’d been entertained by what is fast developing into a very effective side. If the defence remains resolute and the goals of recent weeks keep coming, the sky’s the limit. So, onwards and upwards!