Goals: James Crouch (was an own goal really), James Kear

Man of the match: Rob Partridge

After much anticipation, the ressies finally got to sport their new kit (sponsored by @Deliveroo) in the Cyril West Invitation Trophy. Regrettably they didn’t do it justice as their performance proved to be as weak as the dubious looking bridge you had to cross in order to get to the ground. 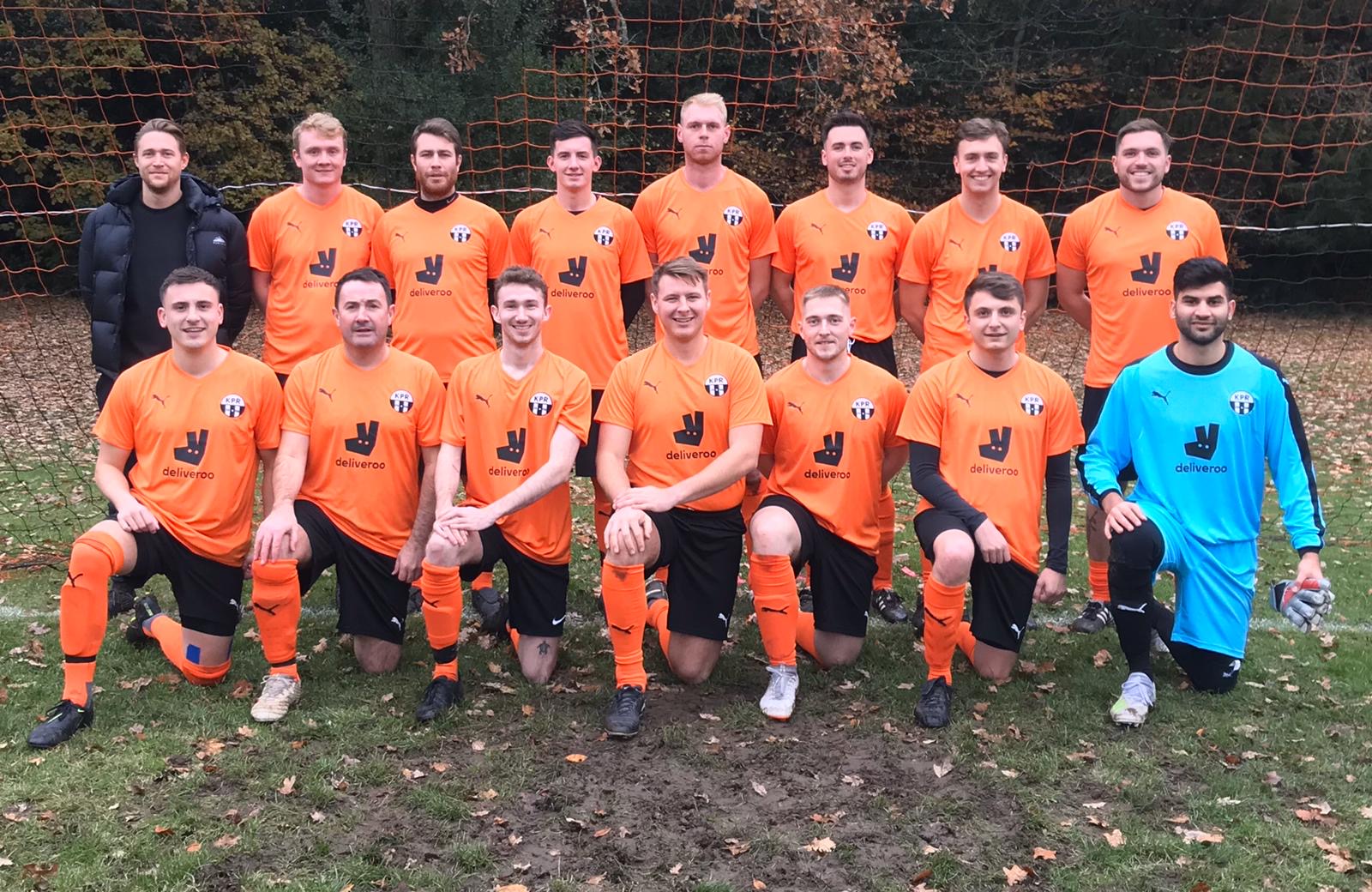 Nice while it lasted

That, however, was as good as it got for the ressies in the first half as they found themselves up against a very fit, well-organised and committed opposition. This is not to say the ressies did not have a good deal of possession, but they were constantly harried when on the ball or forced to pass across the field rather than forward. 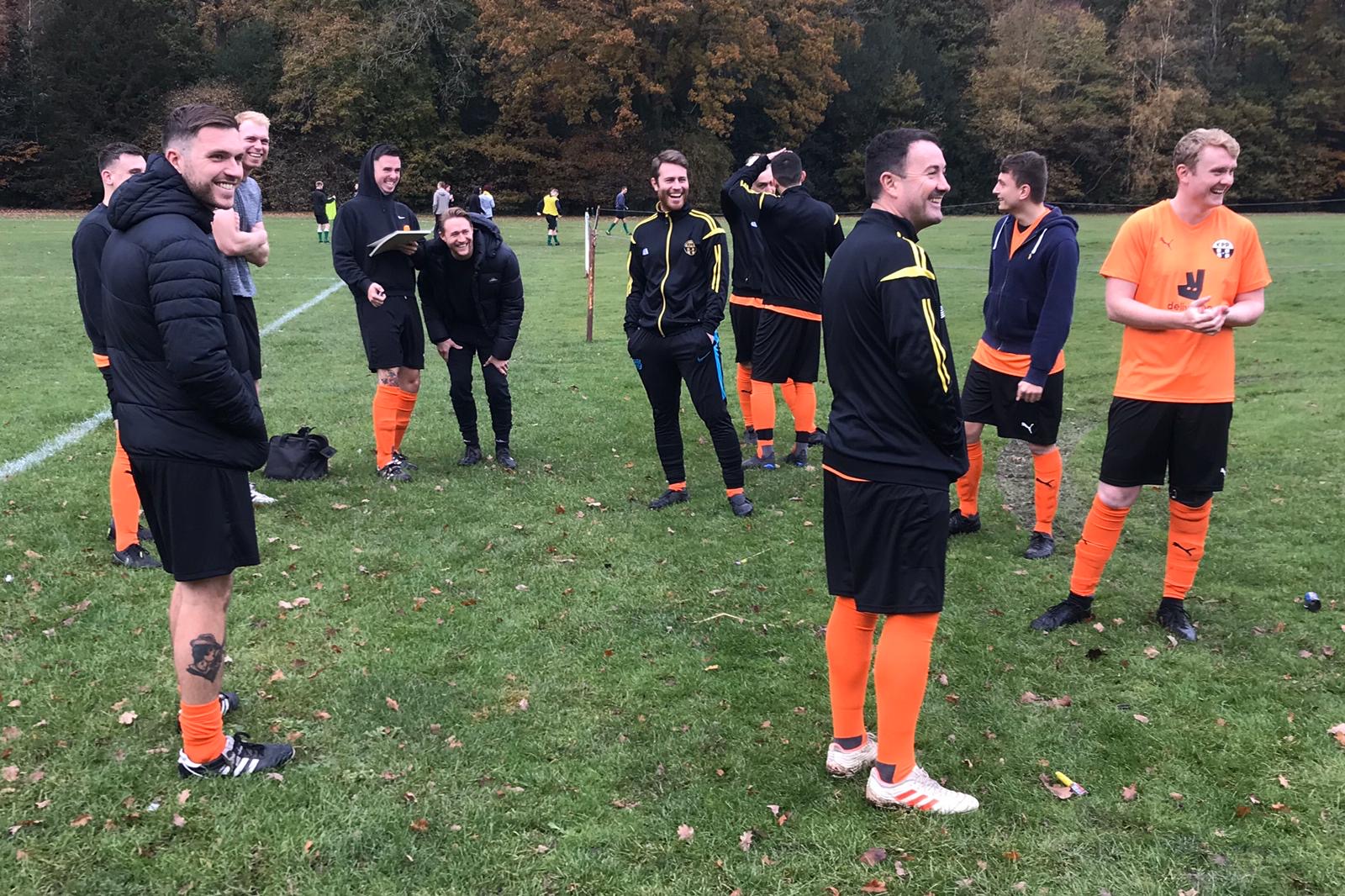 It certainly made for frustrating viewing for the travelling supporters who were also being bothered further by dozens of midgies (gets a mention every week H!) but dirty stop-out Stephen Kemp was at least trying to make things happen down the left. The balance of play was such that Rob Partridge was by far the stand-out player of the half and he dealt with everything Pirbright threw at him superbly.

The resilience – such as it was – wouldn’t last and the first goal came from consecutive defensive blunders that allowed the opposition number 9 to lob debut keeper Farhad from close range. This almost sparked the ressies into life and a decent move down the right resulted in a well struck volley from the edge of the box from Kemp that the opposition keeper athletically tipped over the bar.

At the other end Farhad (breaking in the new kit for the absent Walrus who claims to be “more of a Just Eat man”) was keeping everyone on their toes with some rather unconventional keeping but there was little he could do about the second after a real howler from Mungo. Not only was the back-pass blind it was so under hit he may be eligible for an assist were it not for the valiant efforts of Matt Kear who, at least, made the opposition forward compete for the ball before placing it past the motionless Farhad. Rumour has it that Mungo accused Kear of being “too slow” but it was the team as a whole who were very much off the pace. 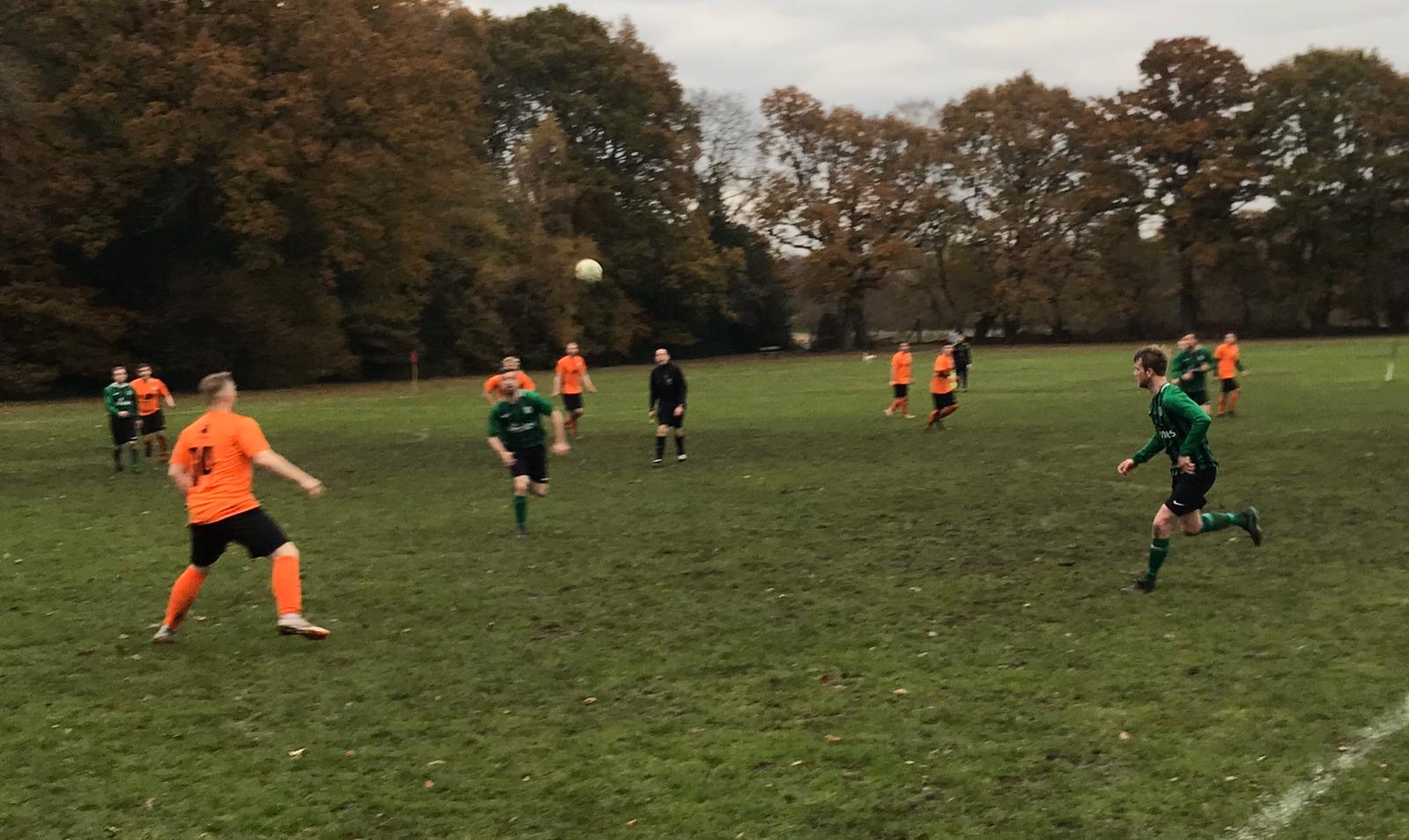 Lacey not about to get muddy

Things could only get better in the second half and hopes were high as the ressies were kicking into the less boggy half of the pitch. So boggy was it that one battle for possession involving James Kear resembled a monster truck festival with mud flying all over the place. Given this, you’d have hoped the ressies had learned a few lessons, but the second half carried on much like the first.

The ressies, even when they tried, couldn’t lay a glove on Pirbright and matters really ought to have been much worse were it not for some refereeing as dubious as Deliveroo’s business model! Not one but two penalties should have been given against the ressies and it was credit to the opposition (given the behaviour of Lightwater a week ago) that they took such oversights in stoical good humour. Perhaps they thought the game safe already as a third goal eventually arrived with a penalty of their own mid-way through the half?

Ironically, Matt Kear’s challenge wasn’t a foul but the scoreline was a fair reflection of the match. Substitutions were made and, unsurprisingly, Adam East made an immediate ‘impact’. It would be a bit much to say the substitutes shook-up the ressies performance on their own but East, George Searle and James Crouch played well and their presence seemed to inspire Mungo in particular to pick up his game.

All of a sudden the ressies had a bit of fire in their belly and a series of good chances emerged from the head of Mungo and Wallis who hit the side netting. A goal looked on the cards but it fell to the opposition centre back to deflect a well flighted free kick from Crouch into his own net. Westie and Kemp were finally getting some joy and some good play down the right led to a second goal for James Kear at the far post.

Wallis with the best seat in the house

Sensing a comeback the crowd were getting right into the match but, with time running out, most knew a free kick from some 25 yards was crucial. Westie struck the ball with ferocious pace but it hit the wall and two passes later (a possible offside notwithstanding) the opposition forward had stripped Callum Toone for pace and completed the rout with a neat finish at the near post.

It was all too little too late for the ressies this week but, as the evening marked the annual KPR Quiz Night, nobody was downhearted for long. The league remains the primary objective but the lads will have to ensure they turn up from the first minute and not the 80th next week.