Man of the match: Calum Toone

Just as Elvis Costello did not want to go to Chelsea it seemed the ressies did not relish the prospect of a trip to Battersea in the next round of the County Cup in succumbing to a strong Worplesdon side. 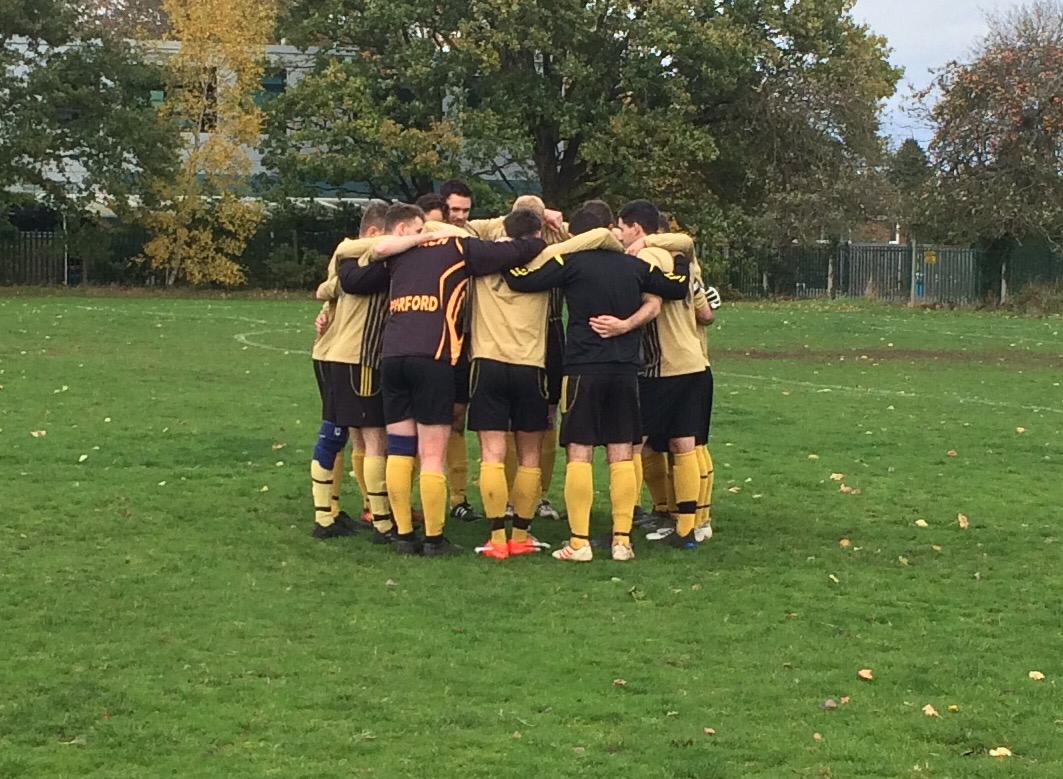 Given the long history between the two clubs in their previous incarnations there were plenty of old faces to catch-up with. Sadly, the ressies got off to such a slow start it was also a case of catching up on the field. Nonetheless, once settled, Westie and someone called ‘Midgers’ combined well to create the games first authentic attempt on goal.

As Mother Nature had, once again, conjured up a wet and blustery day, quality football was difficult and, with the ball spending a great deal of time up in the air, it was never going to be a game for the purist. A rusty looking Kempy was valiantly chasing down a number of lost causes but he did get one shot off that was comfortably collected by ex-Fairlands keeper Scotty in the opposition’s goal.

It pains your correspondent to say it but all the best play seemed to emerge from this character ‘Midgers’ and having delivered an excellent cross that nobody could get on the end of he then skinned the opposition right back to create a chance for himself. Having seemingly glided into the box he failed to finish shooting straight at the keeper. The ball was still loose, however, but Westie could not generate enough power in his header to score himself. In previous weeks such chances have invariably been converted and it was somewhat predictable that these missed opportunities would come back, Halloween styleee, to haunt the ressies.

Two missed tackles in defence began the nightmare. The opposition winger delivered a good ball from the left but the opposition forward missed the ball completely. On the touchline Harry had sufficient time to claim “we got away with that one” but no sooner had he finished his sentence the ball was unceremoniously smacked into the roof on the net by the oncoming midfielder.

A mad five minutes then ensued with Westie talking himself into the book and a series of very tasty tackles flying in. This got the crowd (boosted this week by first teamers whose game had been called off) going and they ought to have had something to cheer about after Charlie Pocock and Mungo squandered very decent chances before the half-time whistle. 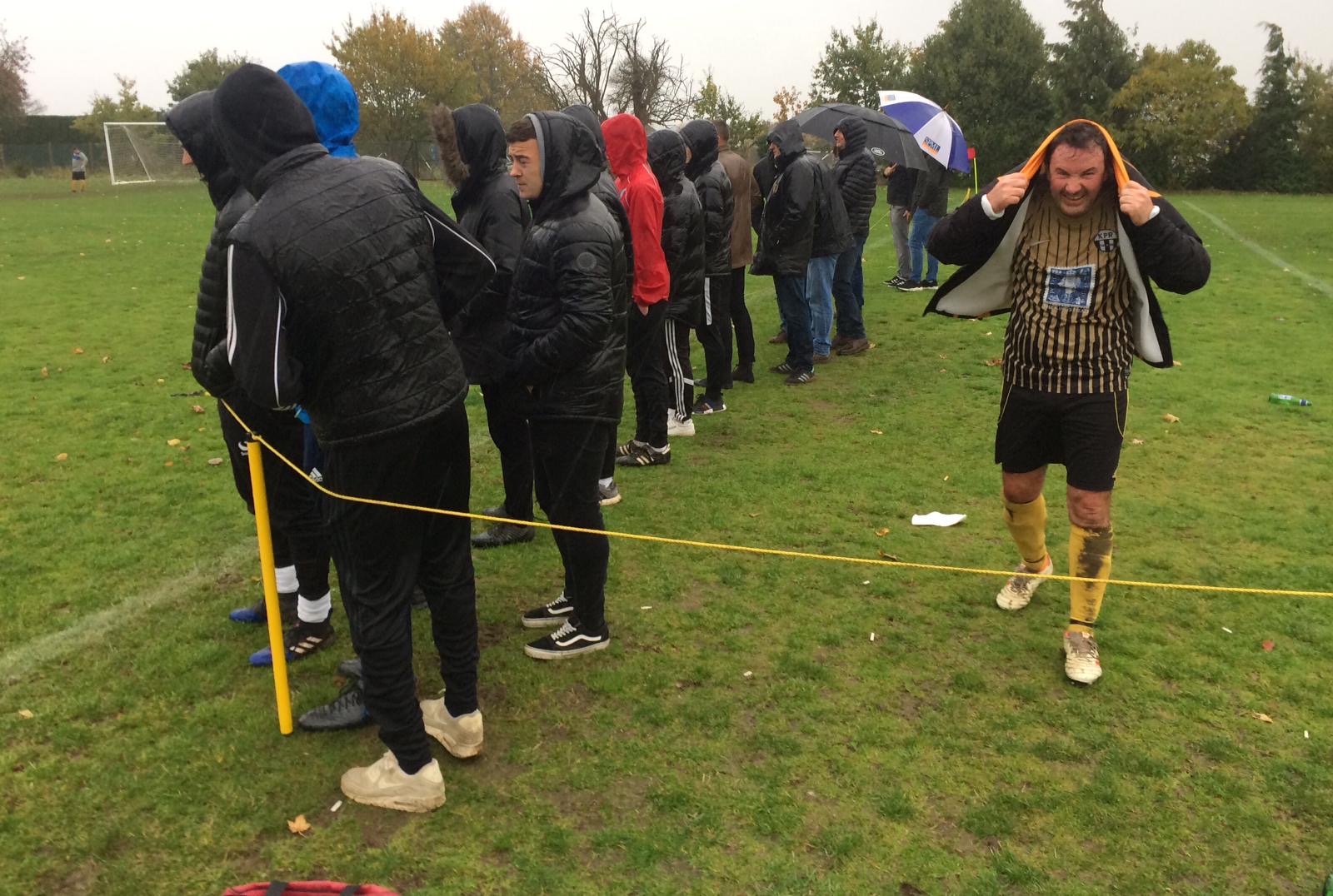 Despite the deteriorating weather, bar managers El Boy and Chainey were doing as much business as Tigger’s tea point. Talk was of missed opportunities as well as England’s capitulation to the Saffas in the rugby but Gazza posed the most pertinent question in pondering what the “combined weight of the keepers was”?

These are the deep philosophical questions we’ve come to expect at KPR but if this made Scotty their ‘Egg Man’ to our ‘Walrus’ it would be the Walrus, despite the scoreline, who would emerge the cult hero of the day. 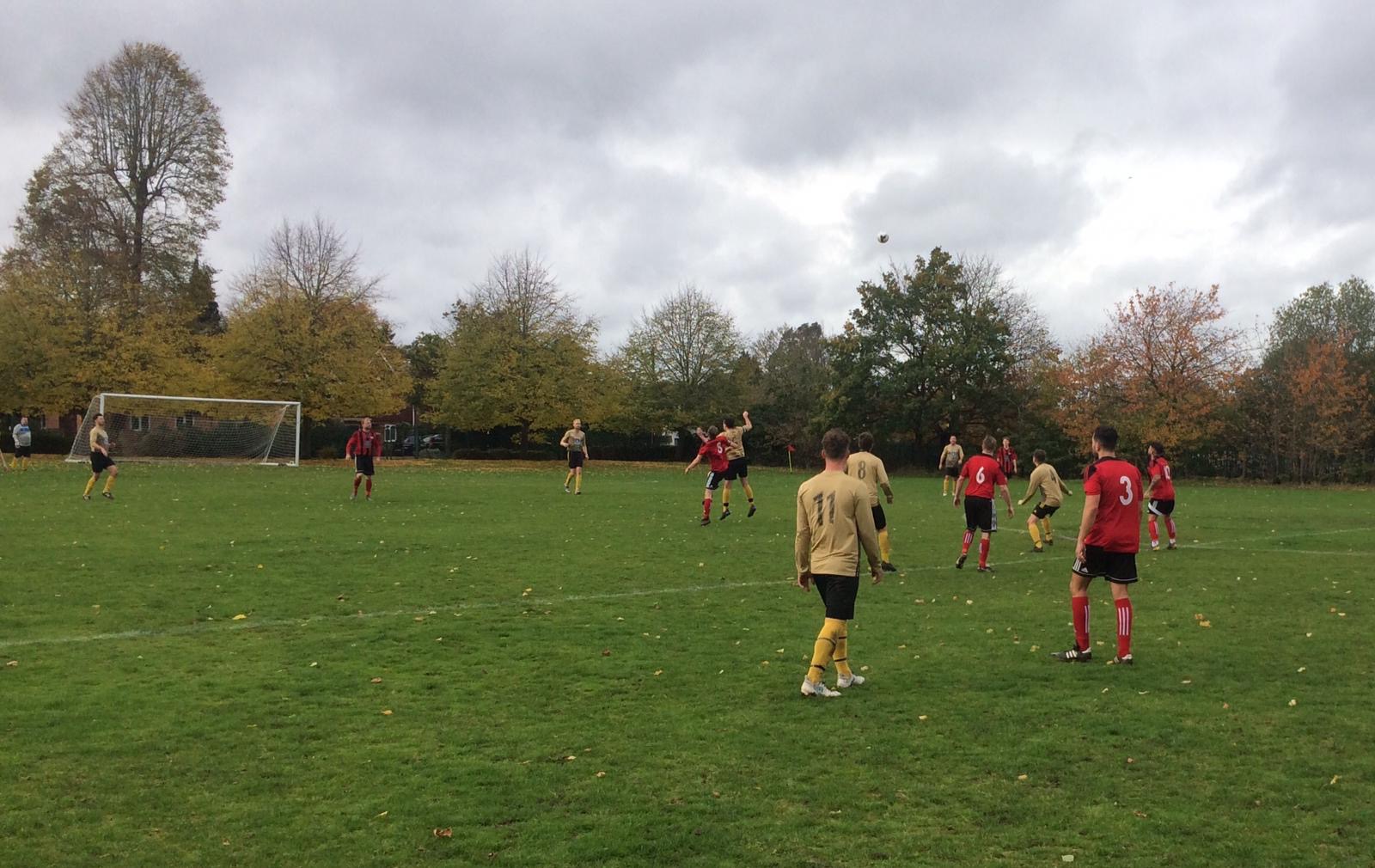 There was some more football to contend with of course, and the ressies were dominating in terms of territory at least. Man-of-the-match Calum Toone was competing well with the physicality of the game and he showed good strength in providing Westie with an opportunity to shoot from distance. The Egg Man could only parry the well-struck shot but Kempy wasn’t in the box to convert the rebound.

The weather really began to close in at this point. While it forced the KPR supporters without brollies to form an emperor penguin style huddle the referee donned a cap to keep his glasses clear. Nobody, particularly O’Shea, was quite sure it made much difference as he penalized the Walrus for a dubious ‘foul’ that, once given, ought to have been a penalty.

At the other end of the field Kempy attempted an ambitious scissor kick but similarly ambitious defending led to the Walrus being beaten again. It was a bit harsh for him but his chance to shine arrived soon after when an aimless clearance from the oppositions defence turned into a possible goal.

Descending from the bleak swirly heavens everyone watching knew the Walrus had his work cut out. The collective “oooooohhhhh” that developed as the ball descended then turned into prolonged cheering and applause as the backpedaling big man held onto a ridiculous overhead catch while falling onto his back! Ben Stokes would have been pleased with it and the celebration matched the catch. 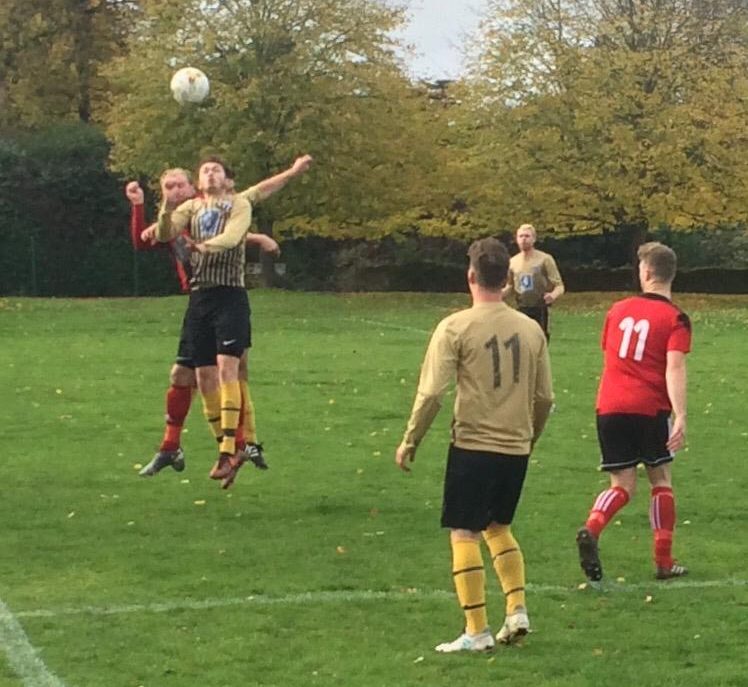 Although the gurning Mungo was defending well and substitute George (needs a nickname) Searle was making a significant ‘impact’ this, as it turned out, proved to be the highlight of the day. All the excitement seemed to have drained the Walrus and he later claimed to have been “too tired” to get down to stop the third goal that finished the game off.

Finishing proved the difference between the two sides but the ressies were fortunate this was a game they could well afford to lose. Let’s face it. Who really wants to go to Battersea??