The festive season over, the KPR first team’s 2023 began with a defeat in the re-arranged County Cup tie against Worcester Park.

The bright sunny day that was originally passed upon because of a firm pitch was replaced with fears the rain might also put the tie in jeopardy (the ressies match was called off) and, once again, it was the tiffs who were grumbling having to face some rather grim weather. 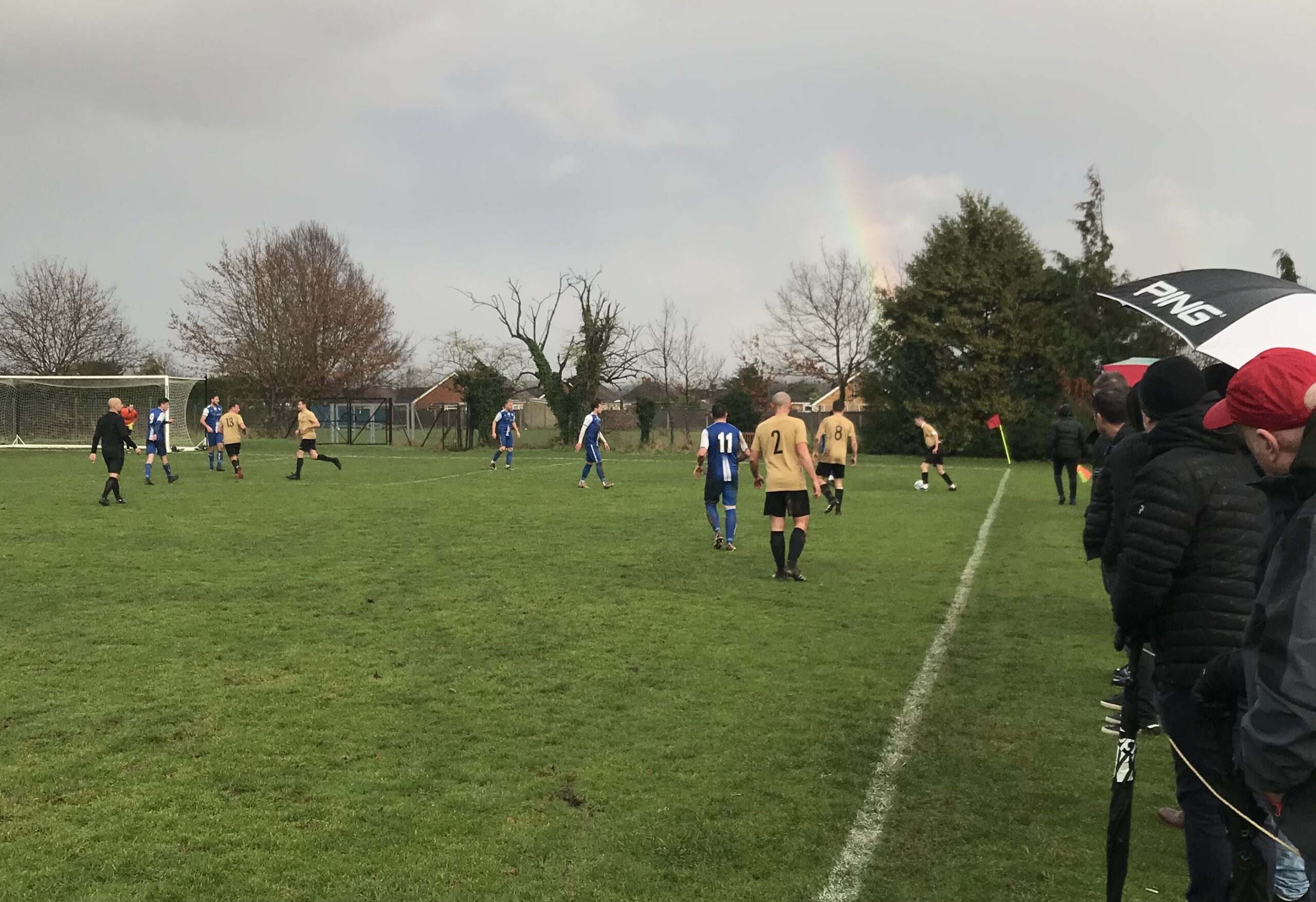 That said, the numbers were more than decent for a game that was finely poised, despite the oppositions initial territorial advantage. KPR were, indeed, under the cosh as the opposition’s high press appeared to force uncharacteristic errors in the opening quarter of an hour.

In particular, Luke and Bulldog up top were starved of opportunities to contribute. And even ‘Mr Reliable’ Doug was looking out of sorts. Nonetheless, KPR appeared to ride out this initial storm, even if the supporters were getting increasingly drenched by rain that appears to be ‘falling’ horizontally.

Brolleys were the order of the day, but that was as far as the protection went for the centre-backs, and the opposition really ought to have scored after a good turn and pass in midfield set the forward free only for him to squander his chance by scuffing the ball wide of the far post.

The warning noted, the midfield got a little more competitive, but it was hardly the rough and tumble of previous seasons. This, however, did not stop Luke from re-enacting Willem Dafoe’s death scene from ‘Platoon’ after a latish tackle. Matty H rightly awarded the Oscar immediately, for the boy Mitchell was running around like a Spring lamb soon after.

Try as both teams might, neither could make a breakthrough in the first-half and the second continued in much the same vein until Michael Wicherek had a chance that the keeper could only palm into the air. Sadly, there was nobody on hand to make any kind of attempt at the second ball and the defender was afforded the luxury of time and space needed to make a semi-comfortable clearance. 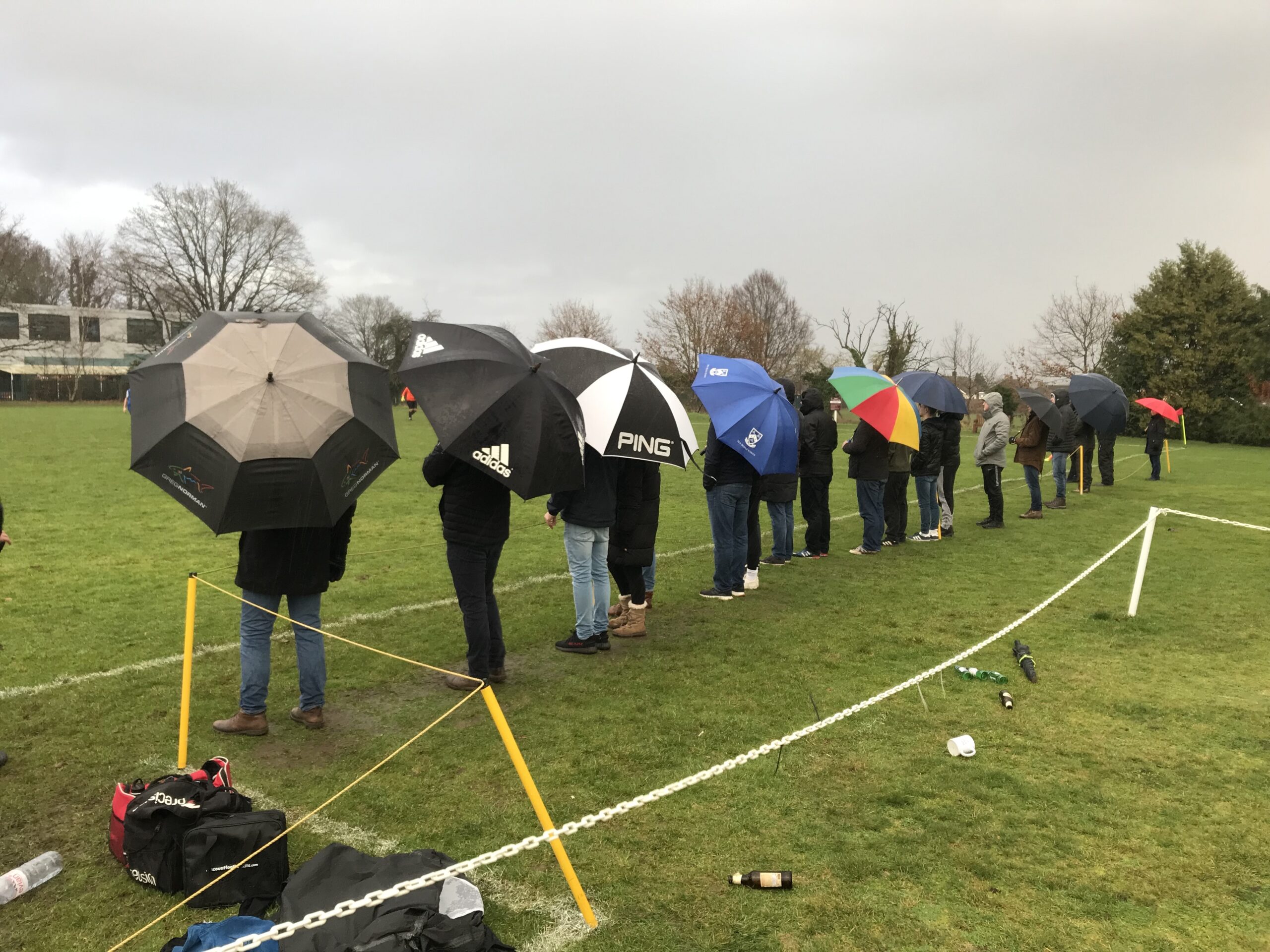 Going forward, the opposition looked the most likely contenders to score, but they were up against a robust defence of whom Woodsy was the stand-out performer until manager Gary began to shuffle his pack in first bringing on the rapid Max Feingold and his very first involvement resulted in a square pass that – despite two efforts – KPR couldn’t finish.

A naughty tackle on Bulldog led to a booking for one of the opposition, which was soon equalised by captain Simmo. But there’d be no equalising the only goal of the game after man-of-the-match Woodsy missed an interception that allowed his man to hit a low drive through Kieran’s legs just inside the near post.

They may have scored a second were it not for a great save from Kieran moments later, but that was the game sewn-up as the lack of chances continued.

Hardly a disaster – as always the league remains the priority – let us hope that was an anomaly. A chance to run off the excesses of mice pies and brandy sauce.