“A great philosopher once wrote: ‘Naughty, naughty. Very naughty. Ha ha ha ha'”. And it was ‘bittersweet faces’ all-round after the ressies lost in the cup to Worplesdon on penalties.

In the opening exchanges two evenly matched sides looked as if penalties may well be on the cards, but it was the ressies who looked most likely to score once matters settled. Sammy put a decent effort wide of the far post, and as much as full-backs Josh and Thomas were looking comfortable it was last week’s man-of-the-match Owen who was dominating the play in not only breaking down attacks but instigating our own. 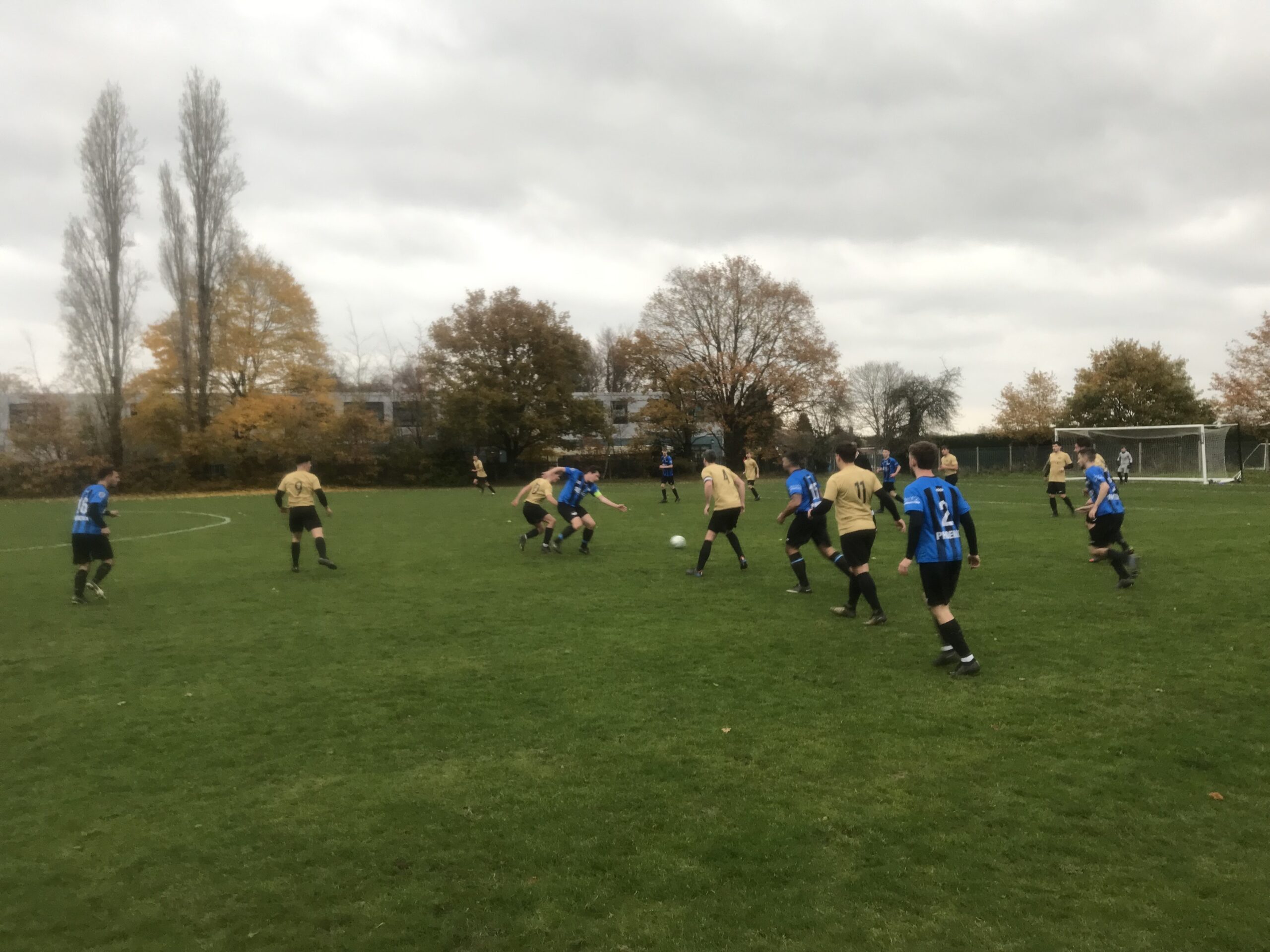 Lucas, after last week’s heroics, was having a quiet game by his standards up top. But the ressies opened their account after some poor defending. The goal came from an unusual source, however, as it was Owen who stabbed the ball into the roof on the net!

There may have been more to come given Vic was giving their 21 a torrid time, but the game turned soon after when Owen popped his shoulder out when he was looking imperious. With Harry on hand to drive him to hospital an already poorly Wallis was called into the fray. And fray it was as the opposition, number 15 especially, increasingly resorted to late challenges. 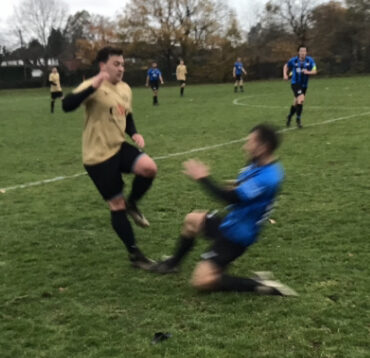 Hardly out of the game it was as curious a decision as the referee’s to not act upon what was an increasing number of infringements. Indeed, their equaliser was a decent goal that went in off the near post, despite an excellent effort to keep it out by Leighton in goal.

The second half carried on in much the same manner, with the ressies looking most likely were it not for at least one awful off-side flag that denied Sammy a clear opportunity to score. We don’t have VAR, of course, but the Veo suggests the decision wasn’t even close, and such were the fine margins of the match it was only the ‘relaxed’ attitude of the opposition’s keeper that kept matters interesting with a couple of fumbles. 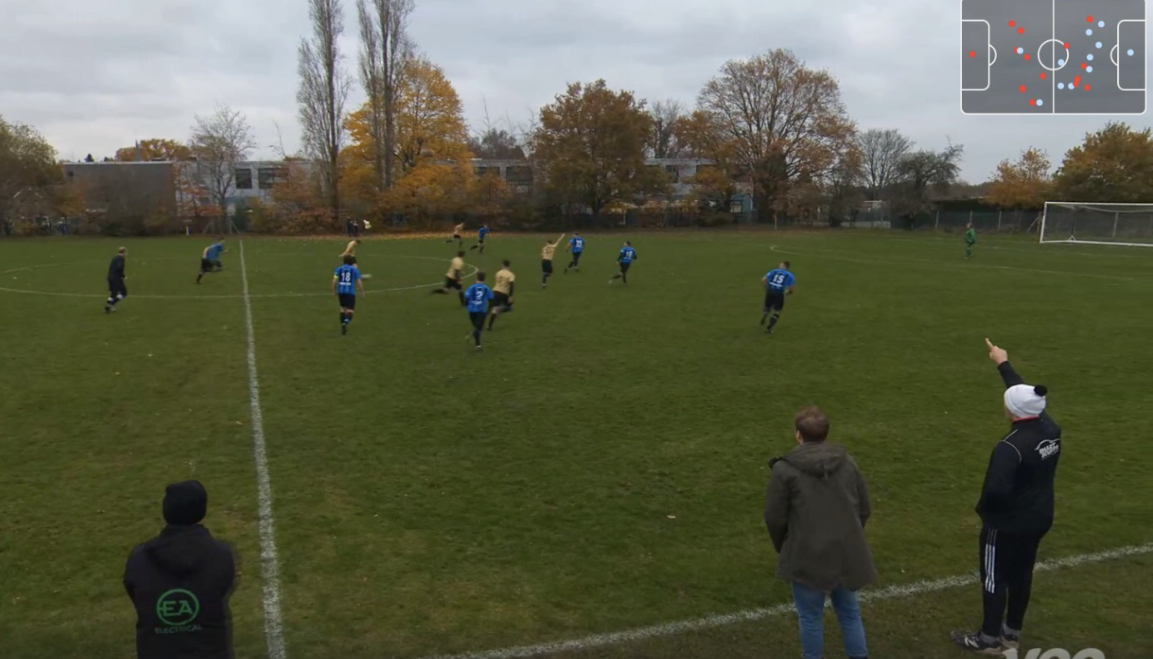 Oooof! Not a great decision.

After last week’s excitement, this was a dull game. Penalties seemingly inevitable they got underway in the gloom of a very chilly afternoon. Everyone scored until it came to Vic who couldn’t repeat last week’s heroics. It was clearly the opposition keeper’s day as he not only saved the penalty, he stepped up to score the winner before celebrating with a rapid five bottles of Peroni (c)! 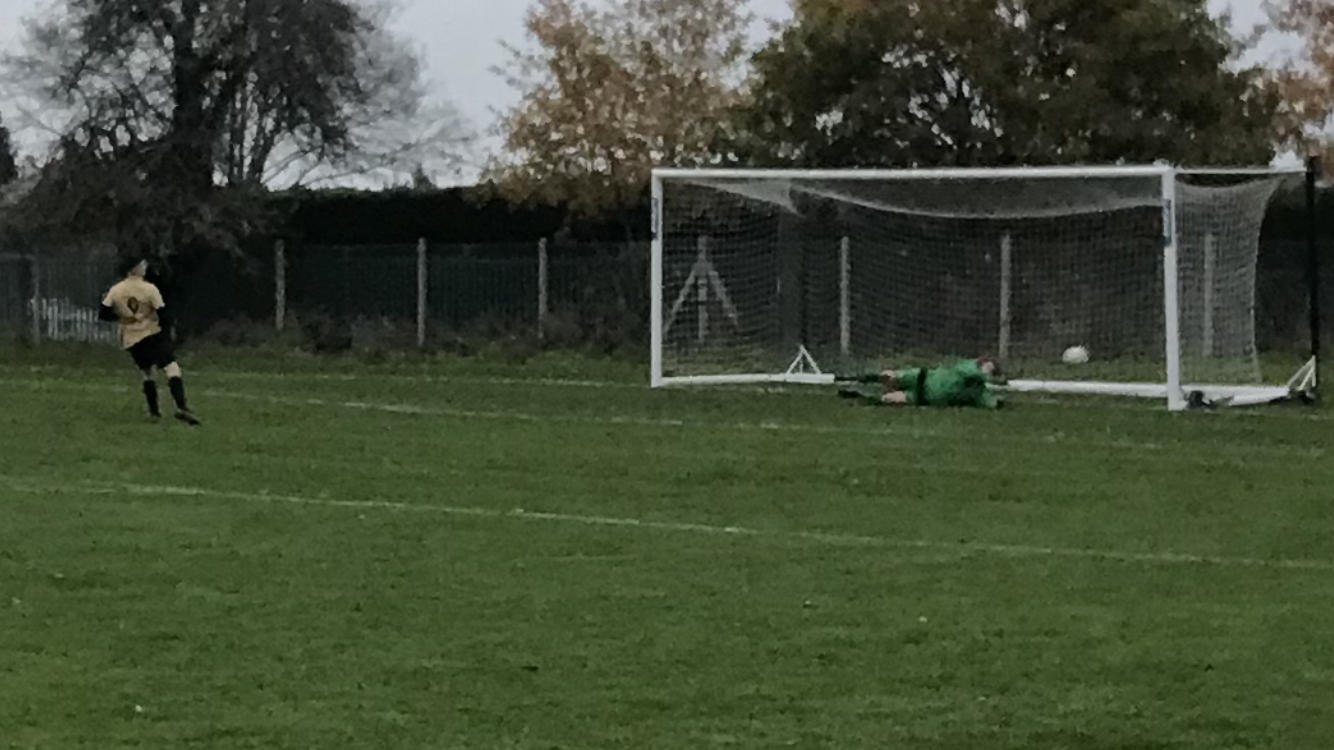 Got down well the big fella!

A disappointing afternoon, the ressies may find the loss of Owen the bitterest pill for ‘eee’s a good’un’.