Eeeeeee, it were right ‘braw’ at Fortress Pyrford this week, but the supporters were truly warmed up by the ressies entertaining win over Manorcroft United.

It does, of course, ‘take two to Tango’, and the opposition more than played their part in the afternoon’s proceedings. ‘Strictly’ speaking, the ressies were at a distinct disadvantage even before the match began as manager-cum-stand-in-goalkeeper Liam popped his shoulder out in the warm-up. If this forced midfielder Ryan Wallis to stand-in between the sticks, it was the opposition’s keeper who had the most to worry about in the opening exchanges.

Indeed, Vic squandered a good chance early on after some patient play. It was, however, the young’uns Lucas, Sam and Josh who were putting themselves about to the best effect. A slightly older Connor was also busy covering a good deal of ground. Chinga was also ‘all over the place’. But, as you may have guessed, this was largely in a bad way until his head cleared a bit. 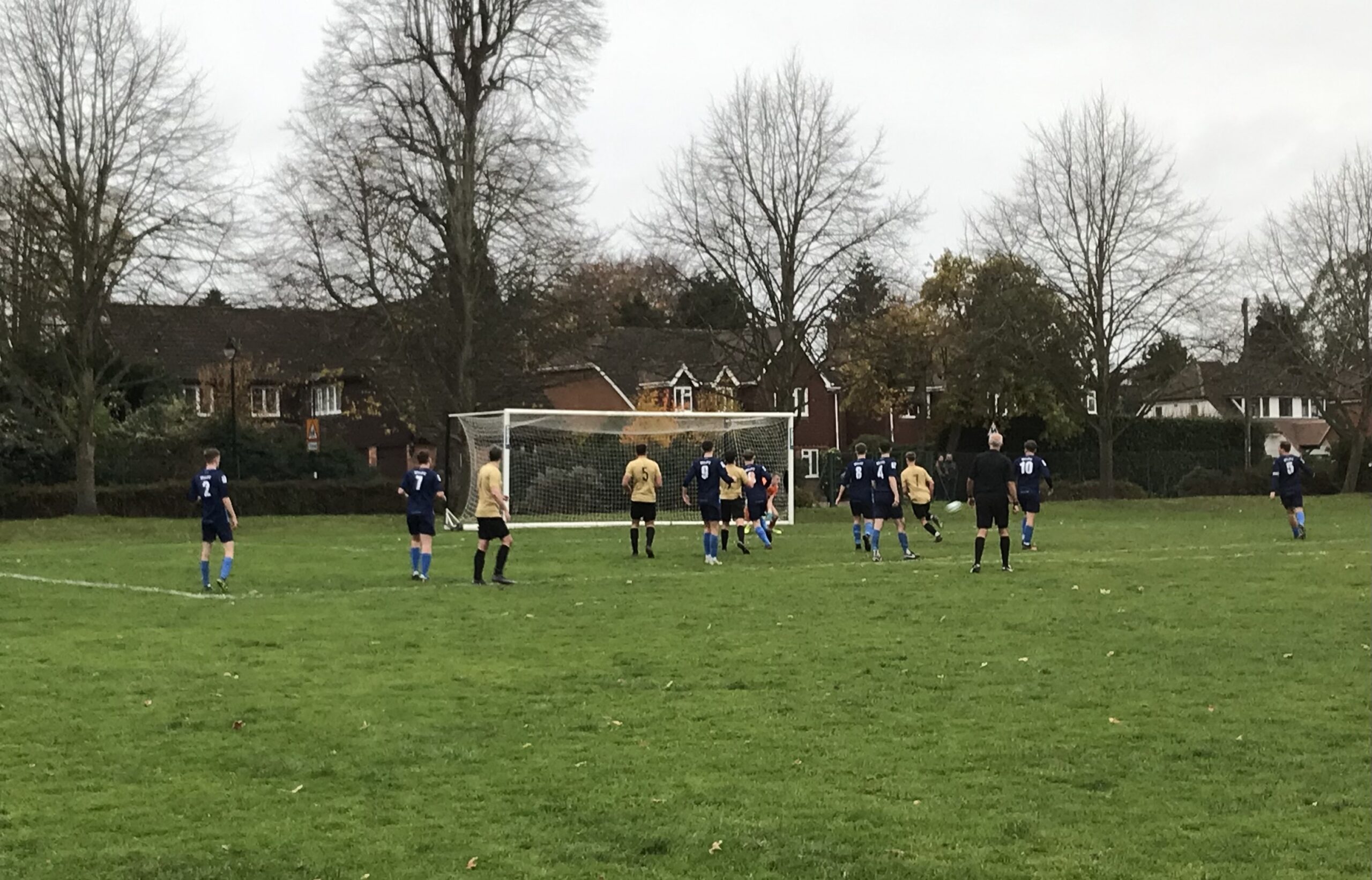 Lucas making a nuisance of himself

Head’s were quickly turned, however, by a lovely bit of skill from Lucas who ghosted past three defenders before ‘stabbing’ an early chip that has the keeper completely stranded. Sadly, the ball hit the crossbar and as much as he was first to the rebound, his header lacked the power to cross the line before the keeper recovered.

It wasn’t all one-way traffic of course and the opposition also hit the woodwork from a corner, before Vic sacrificed another decent opportunity having dilly-dallied on the ball. Mercifully, it did not matter as Lucas notched a cracking goal having, once again, struck an early shot having left the oppositions midfield in his wake. 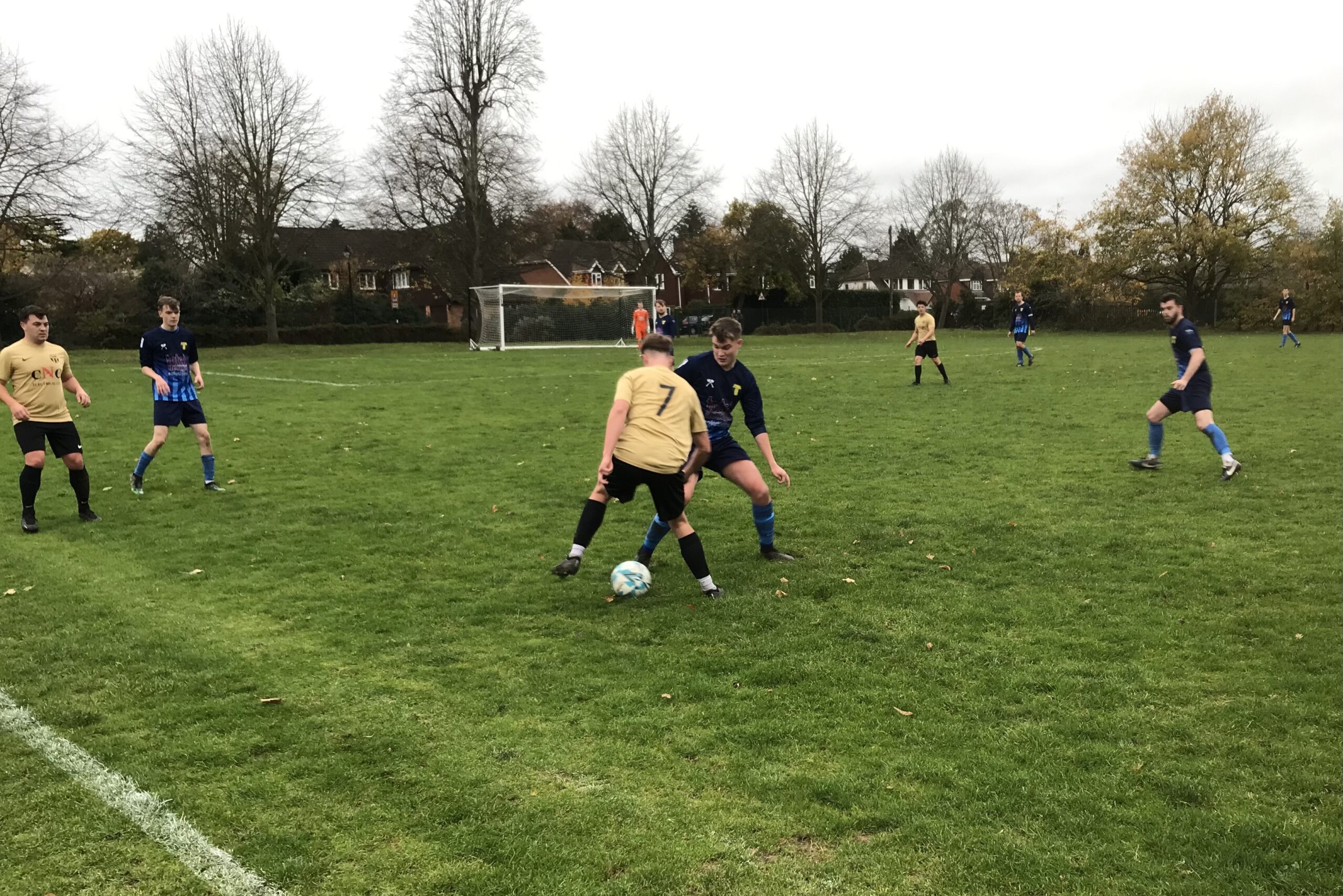 There were numerous other chances, but it was joint men-of-the-match Owen and Josh began to stand out defensively the more the opposition found their feet until interrupted by half-time.

The second-half was following the same pattern as the first. Early on, it was the ressies who were looking comfortable. So comfortable, in fact, that bar manager El Boy stated that Ching has pushed his ‘too excited’ button. But then it was the opposition who were excited with a very good goal of their own that was even further out than Lucas’s strike.

The one-armed Liam then began to shuffle his pack as fatigue and injuries emerged. Having been booked, Chinga was given an opportunity to rest a sore calf that he’d incurred in delivering a very late challenge (just as well, perhaps?). This provided substitute Lacey with an opportunity he probably didn’t want as there was still a good twenty minutes or more left! 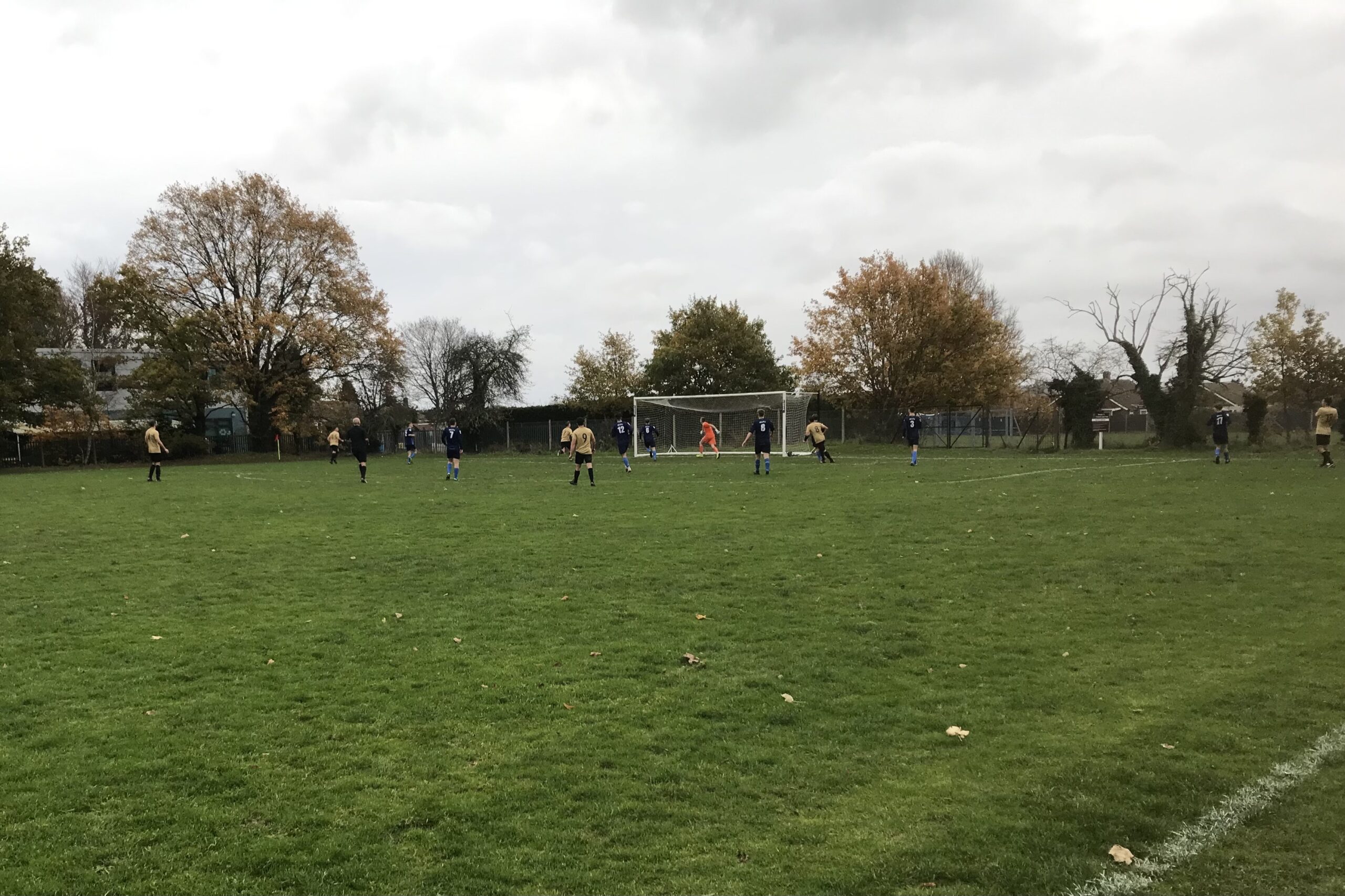 If he was looking to the heavens for inspiration, it was co-bar manager Chainy who found it, in the form of our ‘lucky’ Kites that were swooping above the ground for much of the match! Callum might have score had he ‘flown’ a bit higher, but he was more ‘shy tortoise’ than bird of prey when missing a header from a well-delivered free kick by Lacey.

On the touchline, El Boy and Crouchy were getting involved the more the opposition attempted to geee themselves up with numerous, yet frequently uncalled for, shouts of ‘yeeeessss!’ It soon became a competition as cries of ‘yeeeesss!’, or ‘yeeeaaaahhhhsss!’ if it was Crouchy, arose with humorous abandon.

It was, in fact, a reflection of the match. As things were getting pretty tight. The ressies were still on top – just – but the longer the game went on, and the more the chances passed us by, it was anyone’s guess who may emerge victorious. This was especially so, after Owen was forced off with cramp in both legs. And yet, it was still the ressies that appeared to have the greatest energy and were, thus, creating the best chances as the game entered the last ten minutes. 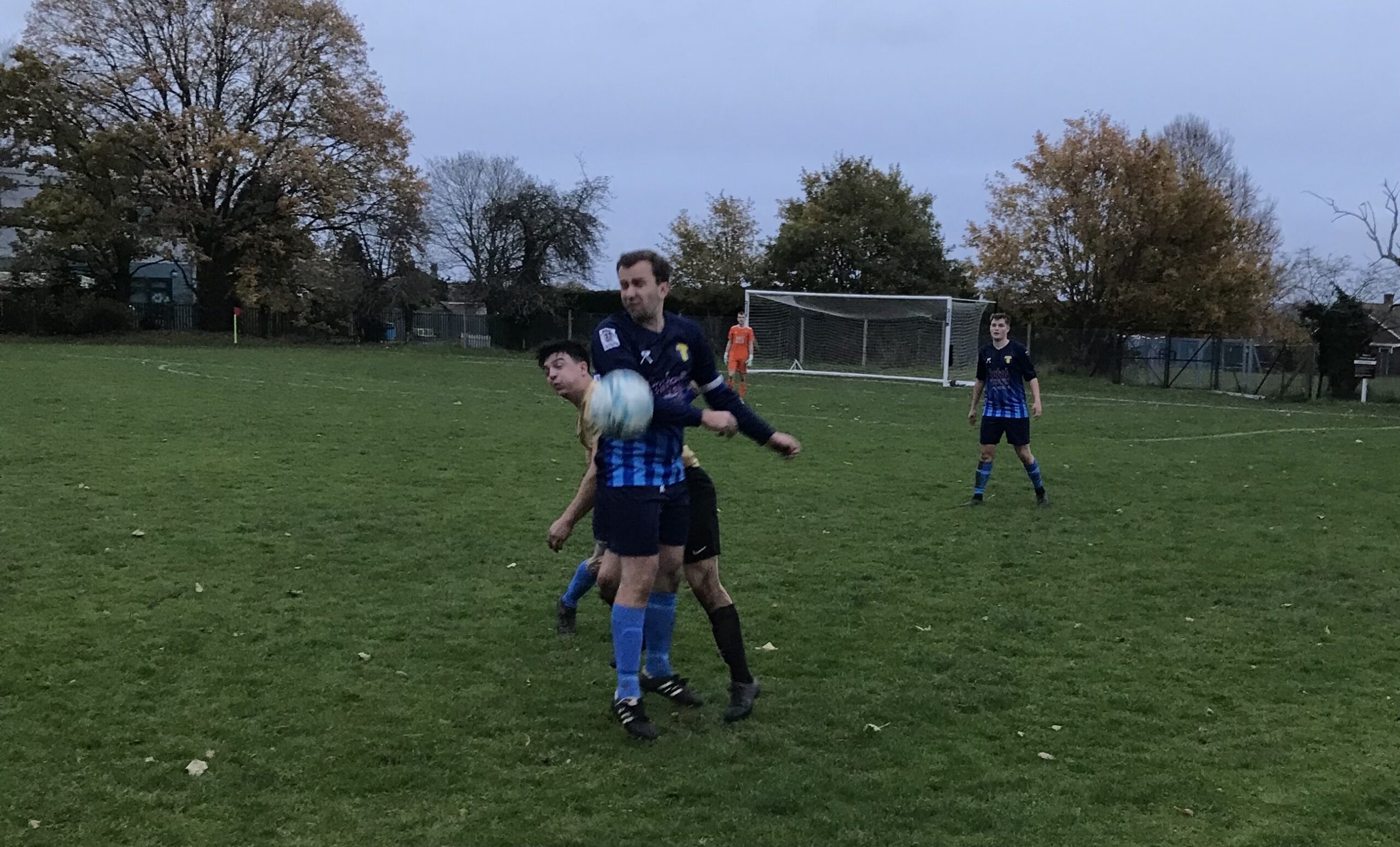 Vic appears to be hiding, but he wasn’t for long!

Everyone was fully engaged in what was a compelling contest. A shot from distance by Josh, like another a header by Callum, were easily dealt with by their keeper, but the relentless pressure from the midfield, Lacey included, resulted in the winner that Vic struck, for the third time in the match, over the keeper from outside the box.

You could probably hear the roars of approval / ‘yeeessss!!’ in Woking – probably – and the cheers rang out again at the full-time whistle on what was a really fantastic game of football. Everyone involved on both sides played their part. As Chainy said later, it was arguably the best game at home this season. Heartwarming stuff!