Anticipation was in the air at Fortress Pyrford this week. But it had little to do with the first team’s testing victory over Laleham and Kempton in the cup, for this Saturday was the KPR Quiz Night – the official start of the festive season!

More of that later, but the match itself provided early clues the opposition would provide an excellent challenge. Both sides began well, and as much as it was (the real) KPR who looked most likely it was they who fell behind after a long throw was allowed to bounce inside the six yard box and present their forward with an uncontested ‘nod’ into the net from all of one yard. 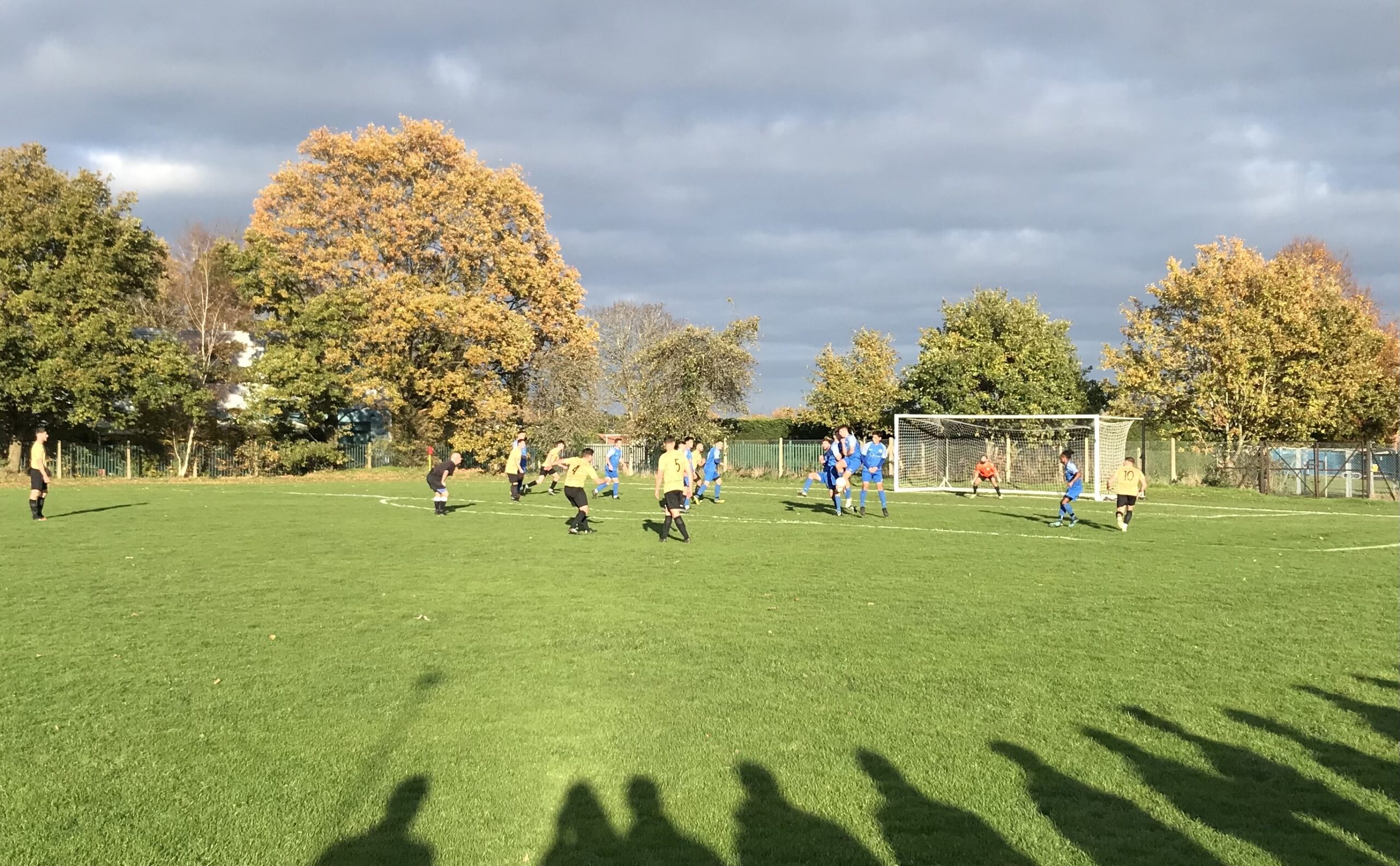 Not great, this provided the opposition with all the encouragement they needed and they claimed ascendency for a time. KPR had plenty of the ball of course. And yet, a lung bursting run from Max aside, good balls into the box found the area bereft of gold shirted players.

The opposition were defending deep, and in great numbers. And they could afford to as their diminutive 23 seemed capable of doing the work of at least two players. Two players who were not defenders, however, and he (and the defence for that matter) were as much spectators as the thirsty masses on the touchline when Michael Wicherek controlled a strongly hit pass and then provided a delicious reverse pass for Max who placed the ball between the keepers legs to level the scores. 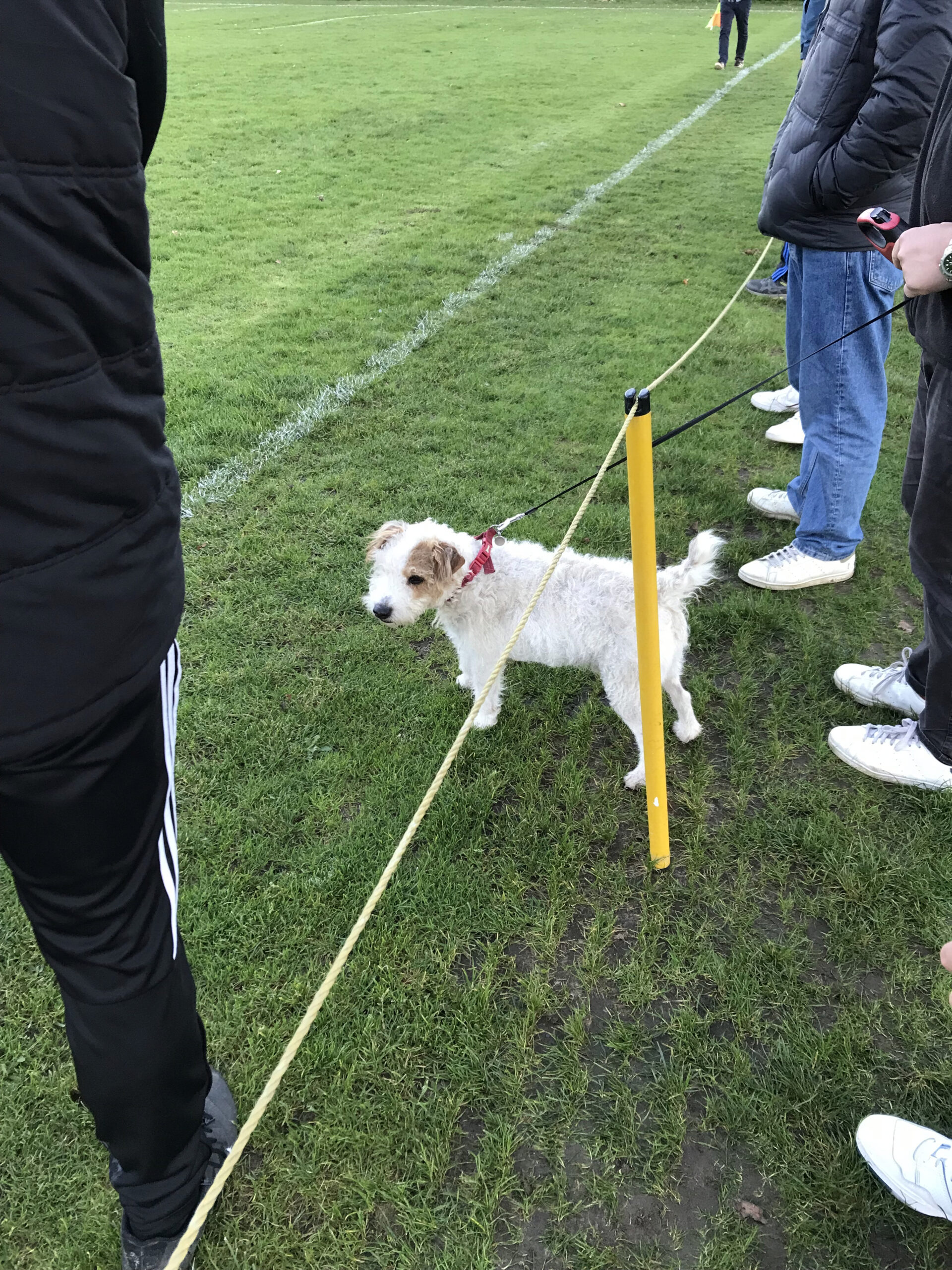 Only barks at the opposition

The keeper gave the supporters a glimmer of further hope after fumbling a good strike from man-of-the-match Doug, who then received some unwelcome attention from an opposition player. A naughty challenge the referee decided this wasn’t as bad as preventing a free-kick from being taken quickly and kept his ‘Christmas Cards’ in his pocket.

Overall, the score was a reflection of the situation at half-time. Yet KPR allowed the opposition more time and space than was comfortable early in the second. Indeed, they were grateful to Leighton in goal for a diving save he tipped round the post before the home team finally fired on all cylinders. 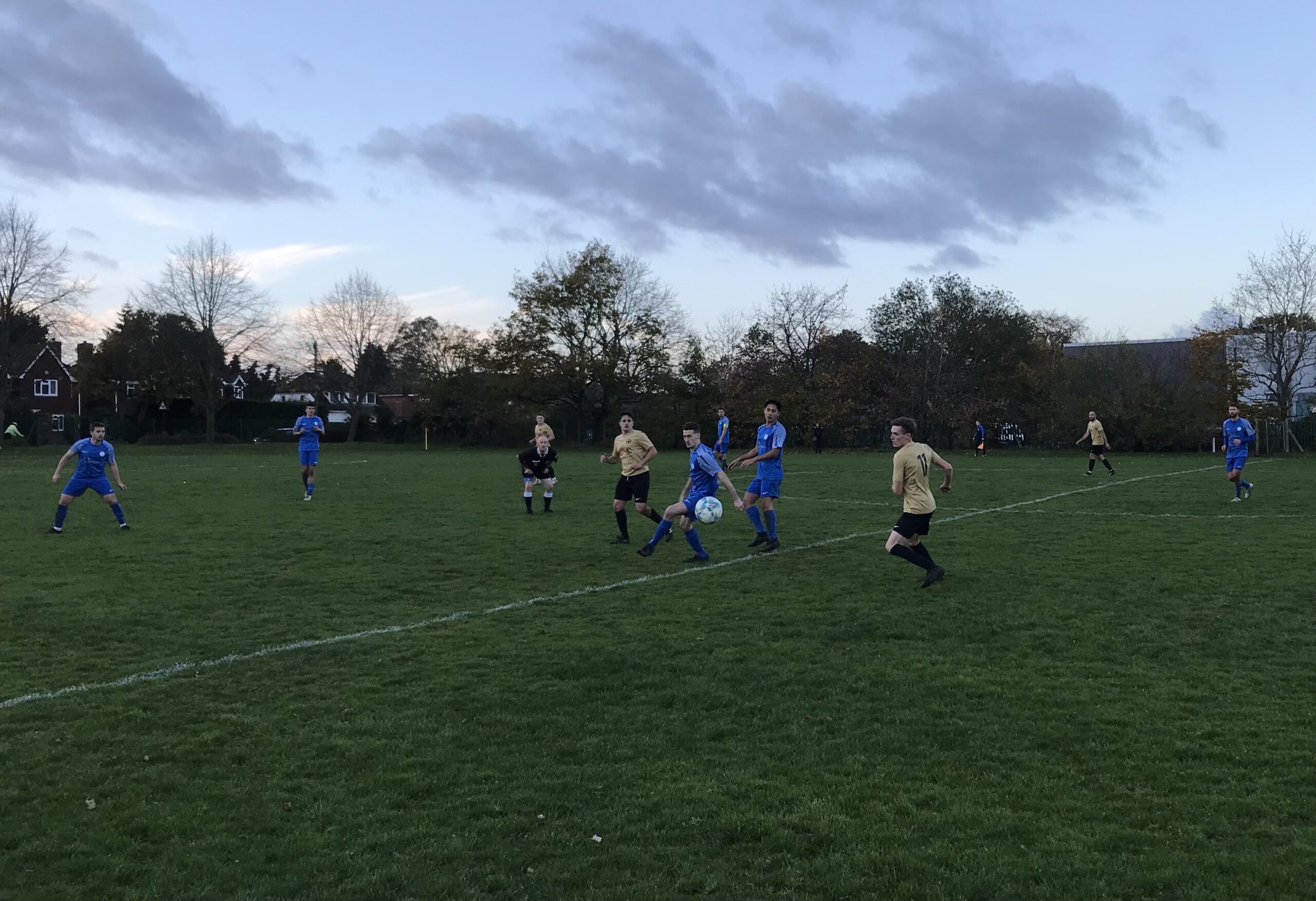 Dan Way on the move

Arguably, it would take the world to be tipped of its axis to stop Bulldog Bullen to score these days, and he struck a superb low shot that went in off the far post after four first-time passes that had the opposition’s defence floundering. As one of the O’Shea’s predicted minutes before, a second goal all but knocked the stuffing out of the opposition and the result looked safe from this point onwards.

This being the case, manager Gary brought on Dan Way who struck a very decent, but saveable, shot from distance that the keeper fumbled. Who gets the assist is open to question, but the fumble presented Luke Mitchell with what is likely to be his easiest finish of the season.

Poor Doug got poleaxed again, but again no action was taken until Dan picked up a daft booking for kicking the ball away. Questionable priorities aside, there could have been more goals for KPR were it not for the opposition keeper discovering some late form, and he denied Bullen twice. He also denied the supporters, as the second of these was a super save after Bullen had waltzed his way past four defenders.

Spent as an attacking force, that was as good as it got for the opposition. But they had provided a stern test to a KPR team used to having easier rides in recent weeks. 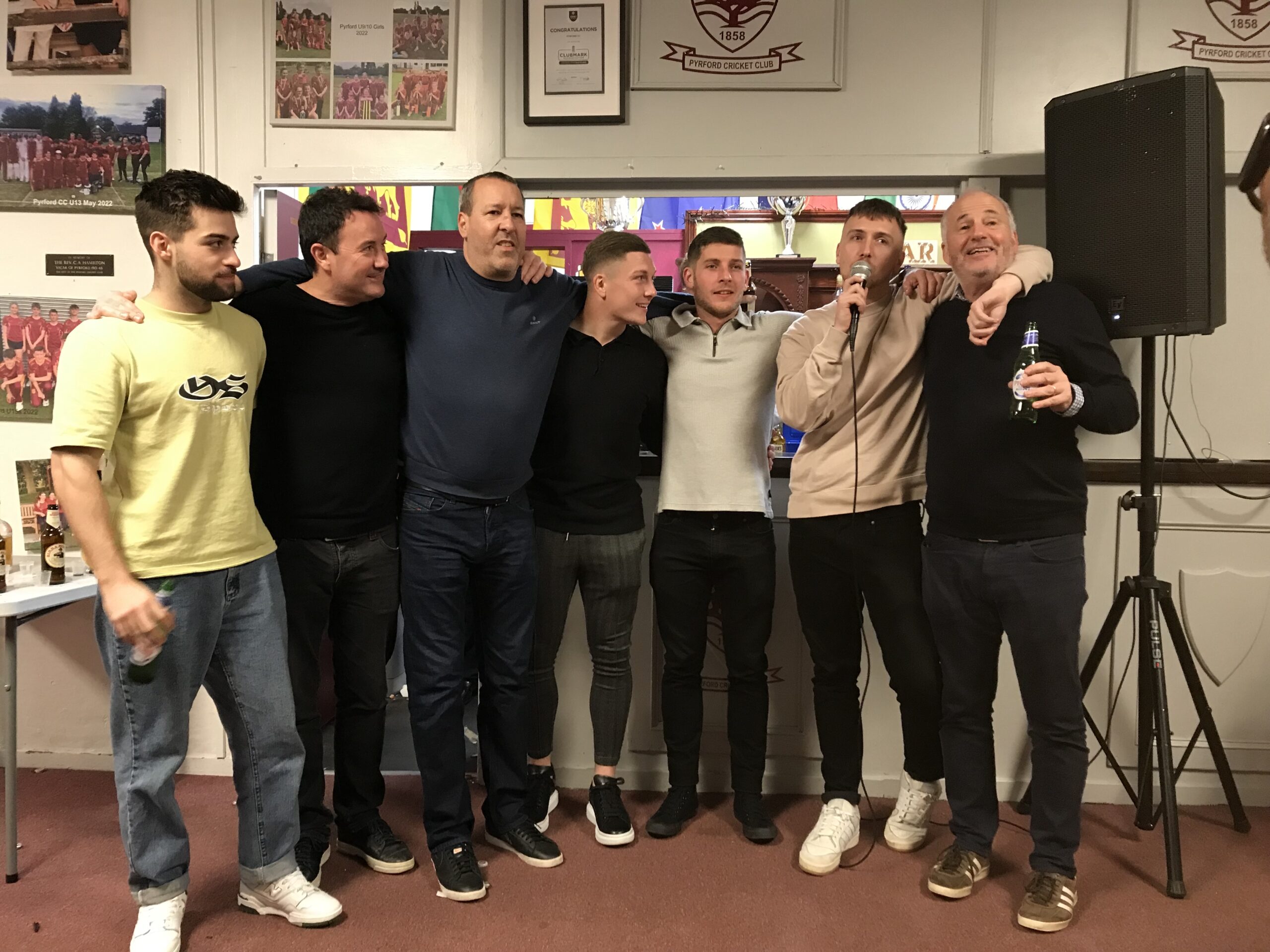 There would, however, be no easy rides that evening as the players convened for the Quiz Night. Controlled by Crouchy and Woodsy (snrs) they were “calling the shots”, and, as on the pitch, there were shots aplenty for any infringements (real or imagined)!

The quiz itself took shape early on, with ‘Robs Nobz’ getting off to a shocking start from the off. One had to feel for young’uns such as Juan who had to contend with very tipsy (and loud) teammates old enough to know better. Seems they knew very little about anything, and the contest was between Ryan Wallis’ team of brain boxes and Jambo Crouch Jnr’s dream team. 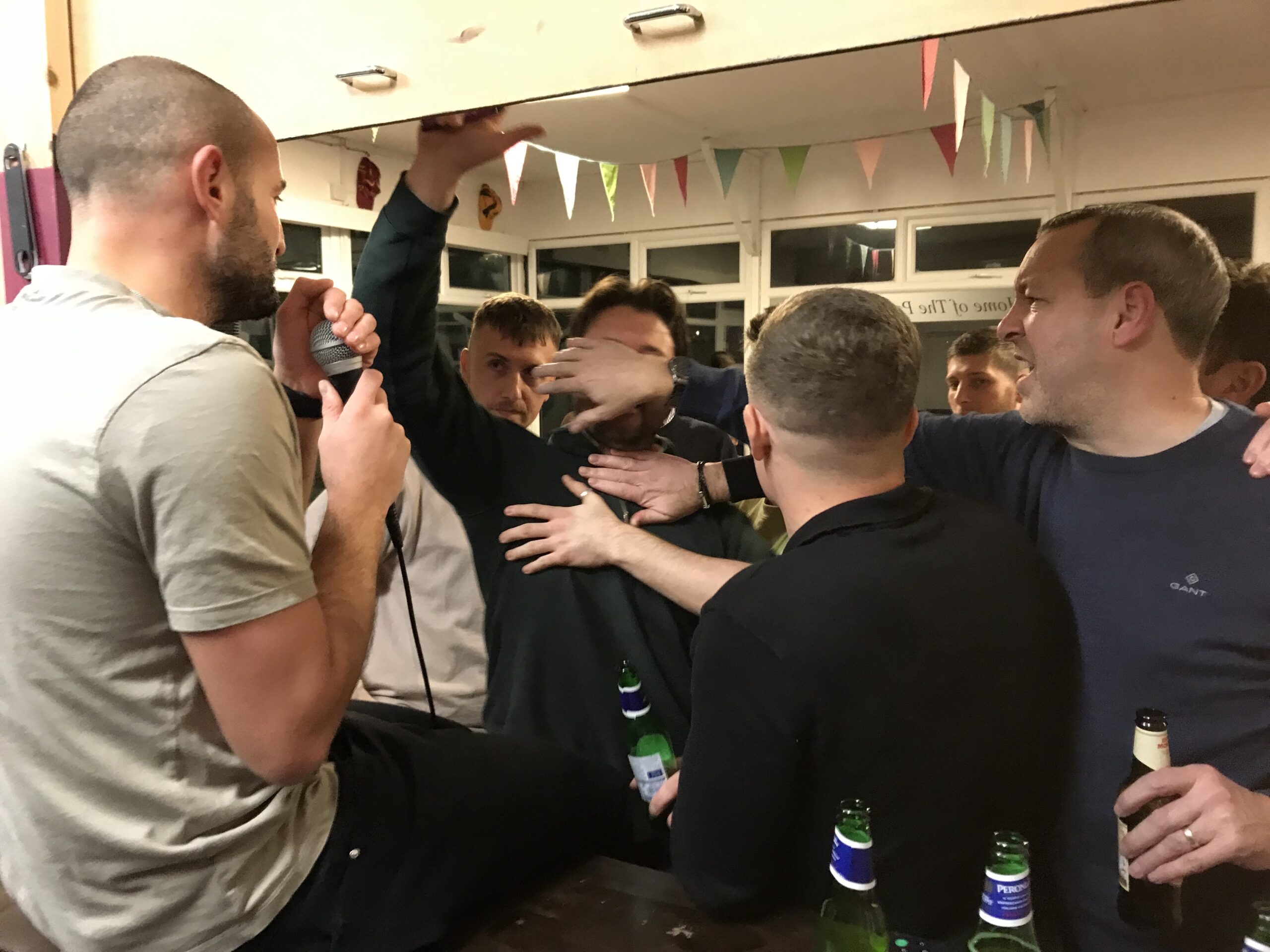 The picture round truly set them apart from the rest, but Jambo’s men couldn’t overhaul a three point deficit in the final round, despite Liam Harrison giving the ten out of ten! Jambo’s honesty that we hadn’t answered ‘Elvis’ in one of the crucial questions denied a tiebreaker and the ‘Johnsons’ emerged victorious before all hell (as is now customary) broke loose!

Just as well everyone has a week to recover before the next match.