“There’s Only One KPR!!” – The KPR Match Report

Yet more unseasonal weather meant those attending Fortress Pyrford were able to bask in not only sunshine, but another comprehensive victory (this time in the County Cup) for KPR over, errrr, KPR?! 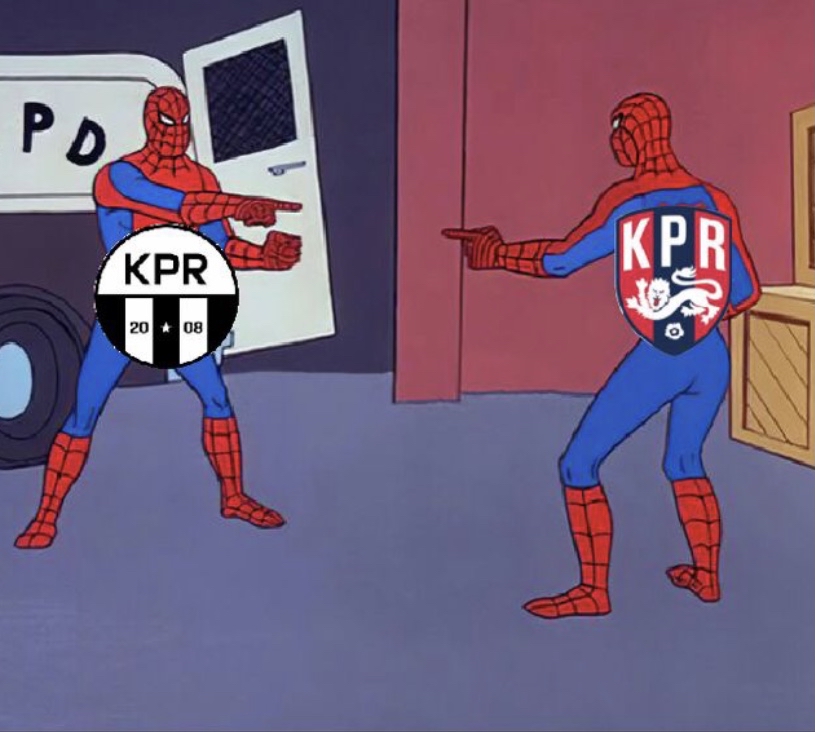 Unlike the film ‘Highlander’ there can, it seems, be more than one. But it was the home team who look like becoming immortals (in the memory at least) despite an opening quarter of an hour that suggested they had their work cut out. Chances were few and far between and it was home keeper Leighton who was called into action first.

A somewhat timid effort from long range, he dealt with it easily. As did his opposite number who had more testing efforts to deal with once the home team finally produced the quality we have come to expect from them. The best of these was a thumping effort from distance by Luke Mitchell that was bound for the top corner until the flying keeper diverted it over the bar. 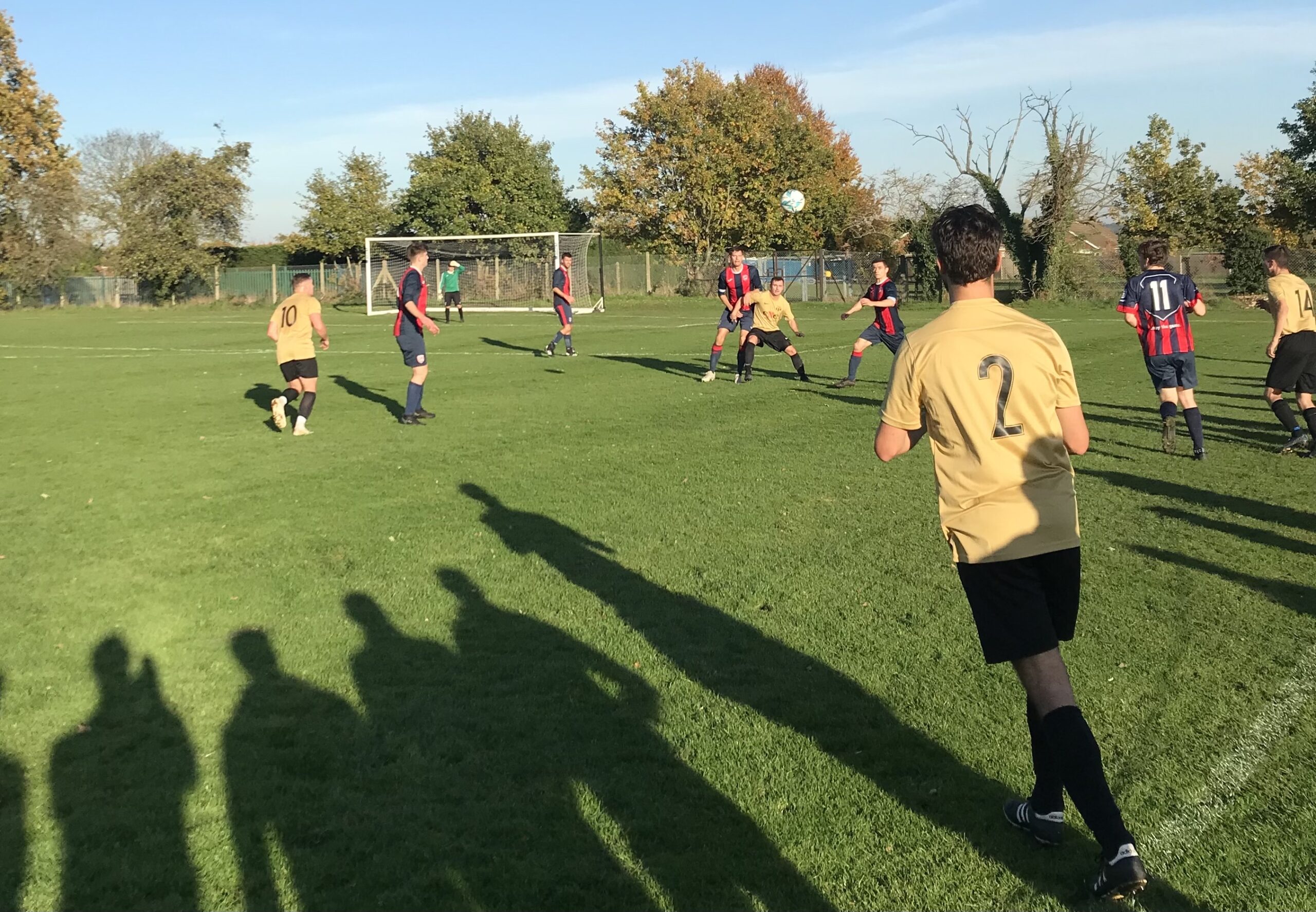 If that was a tad unfortunate the home side should have then scored from the resulting corner, but the chance appeared to catch captain Simmo by surprise. It was then the opponents turn to have a good chance after a lovely reverse pass, but Leighton did enough to put the forward off and the shot went wide.

In what was a controversy free match, the massed supporters were split over a handball by the opposition. Inside the box or out, a free kick was awarded that Luke seemed to smash low through the wall. Once again the keeper did well to stop it, but the ball spilled loose long enough for the lightening quick Max, looking rather fine in the home team’s brand new gold kit, to open the scoring. 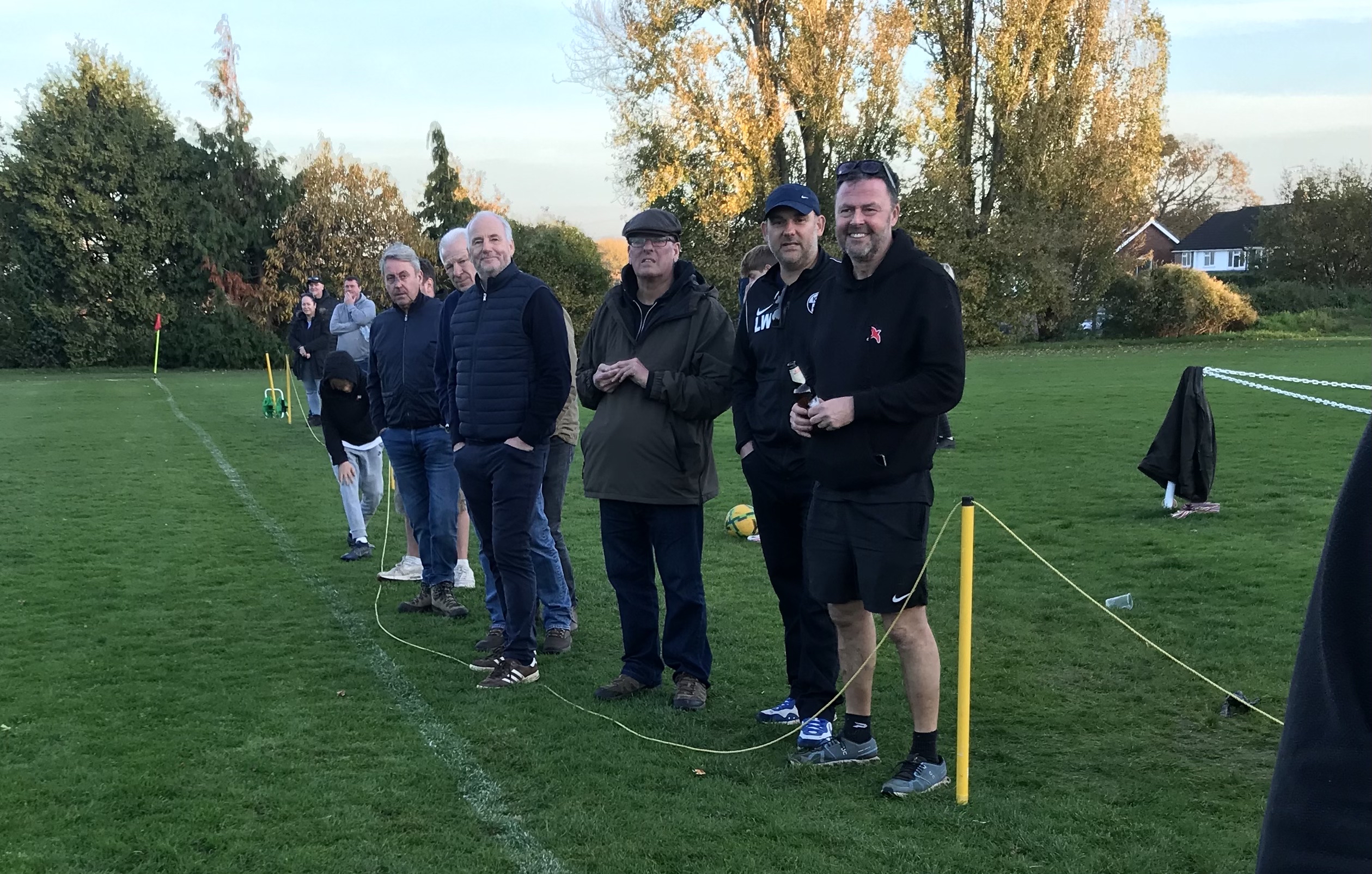 The “masses” showing little respect for the rope.

That he and Dan Way then switched wings brought a rapid result as the second goal came from a delicious pass from Dan that the oncoming Luke ran onto and gave the opposition keeper no chance with a well-directed header inside the near post. Marvellous. And it ought to have got better before half-time as Bulldog Bullen his the post from distance and force two more decent saves.

If the end of the first half may have been a little frustrating, all was soon forgotten at the beginning of the second, as Max was put through by Bullen to notch his second from the left with a sweet strike inside the far post. The pair repeated the dose moments later for Max’s hat-trick. 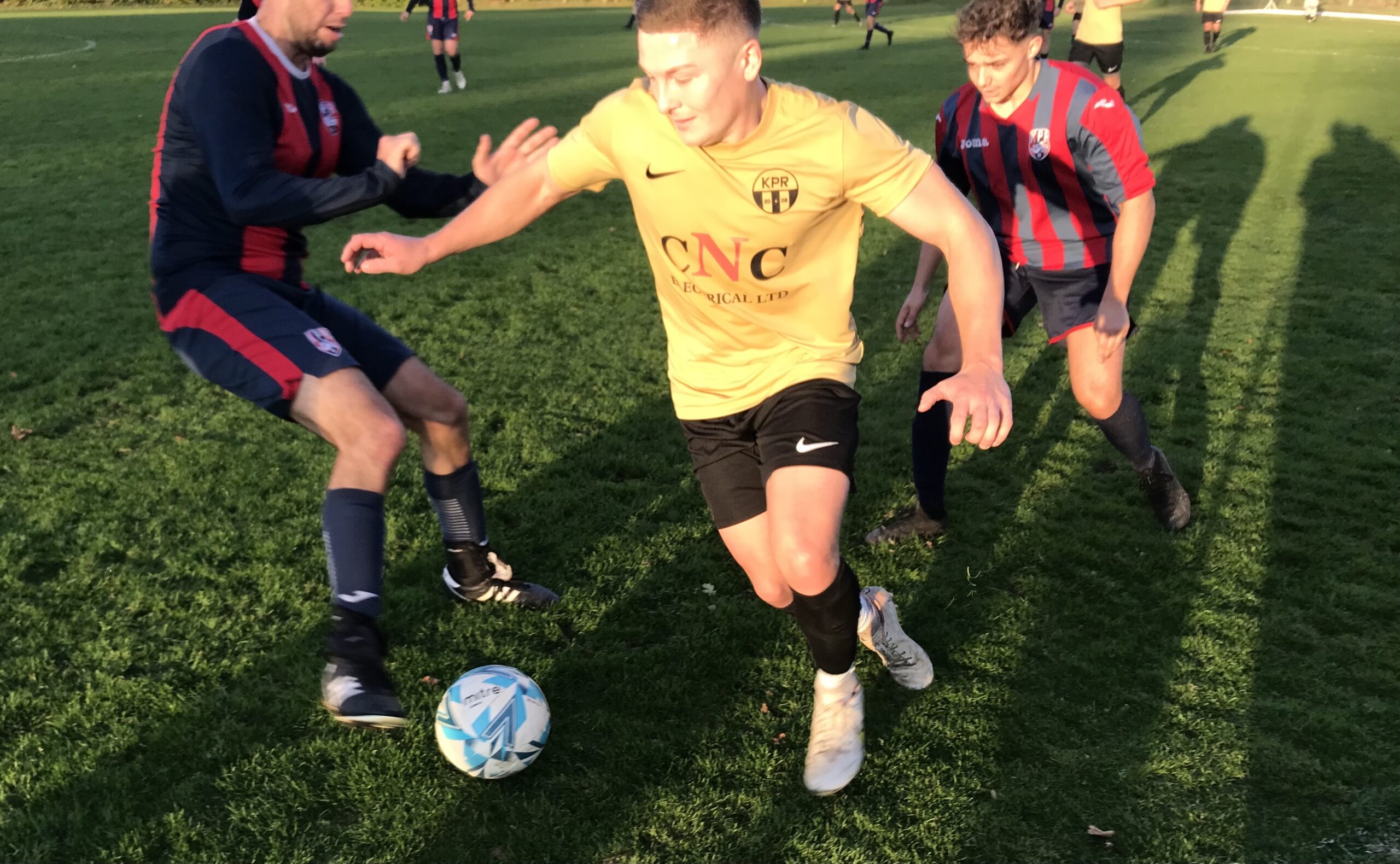 Game over. But bar manager, window cleaner, and chief grouch, El Boy was concerned that Bullen hadn’t scored. We “need him to score so the video [of the match] gets posted”, he opined. But everyone was now egging him on as he showed a clean pair of heels, in one move, to the now flagging opposition’s midfield before placing his shot just over the bar.

Typically, he, and the supporters, were not to be denied as he and Max reversed roles before Bullen – via a deflection – slotted the ball into the bottom corner to make it 5-0. The final substitutes made in the lengthening shadows, the home side barely broke stride before Max was fouled in the box. 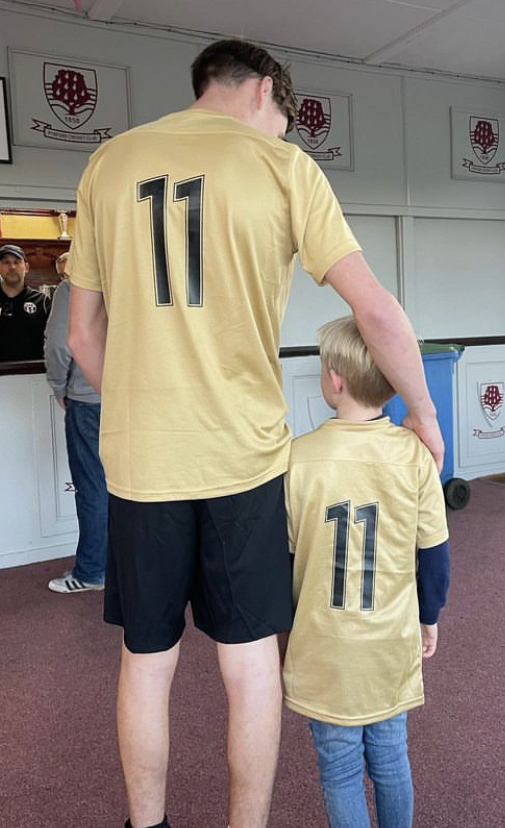 The resulting penalty slotted home by Bullen capped off another entertaining afternoon from the home side. And, with the ressies also winning 6-0 away to Lightwater, everything is tee’d up nicely for next week and the ‘real’ KPR’s famous Quiz Night!