The unseasonably warm weather not only attracted a decent crowd to Fortress Pyrford, it brought out the best of the ressies in what was a comprehensive victory over Royal Holloway.

Given that followers of the ressies had been starved of a similarly dominant performance since the opening match of the season, there may have been a few eyebrows raised, but it was jaws that dropped pre-match as one of the opposition (having settled for an ‘Americano’ as the requested ‘Espresso’ wasn’t available) brazenly helped himself to the last of the cookies!

Bar manager Chainy and tea-maker-in-chief Tigger were almost apoplectic with righteous indignation at the cheek, and it added an extra layer of frisson to the match once underway on a lush green pitch that could only have been dreamt of at the beginning of the season (well done Crouchy!). 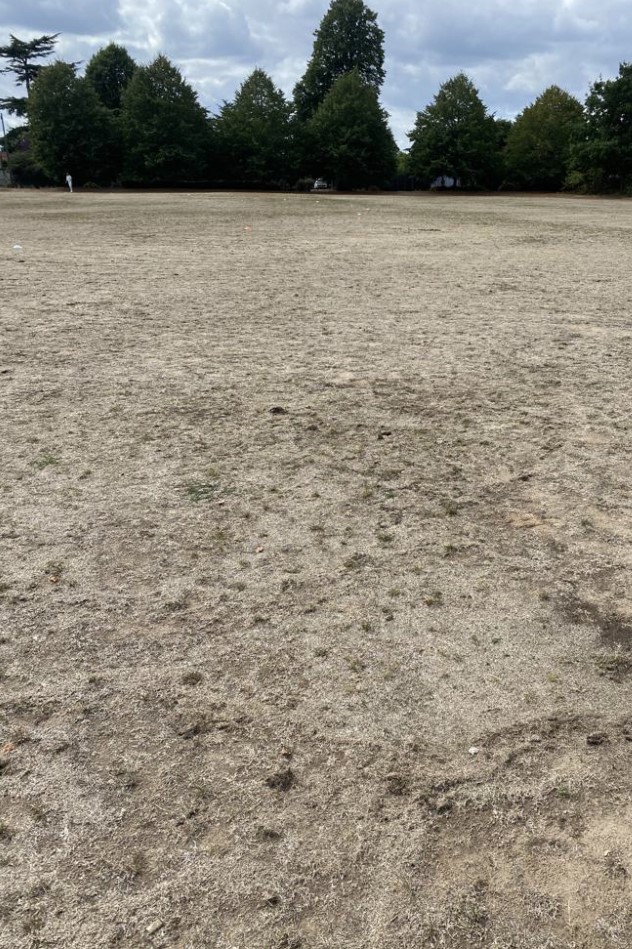 Hard to believe this was just a couple of months ago.

It must be said the margin of victory was also something of a fantasy during the early exchanges with the ressies going one-nil down after just six minutes following some rather casual play in defence. That said, it was a cracking shot that Leighton in goal could do very little about.

There was very little the oppositions defence could do about Max, however. That he looked unplayable was encouraging to say the least, and he ought to have scored at least one of the three efforts he pretty much created for himself, before he turned provider. But Vic’s shot was saved by the keeper with his leg and Wallis placed the rebound over the bar into the road.

If Chainy and Tigger were moaning about having to retrieve the ball, they had an all too good a view of an even worse miss on their way back as young Lucas spooned the ball wide from inside the six yard box (see link IMG_0915)! One might have been forgiven for thinking it wasn’t our day. But things seemed to change when the oppositions goal scorer left the field. Cookie monster was also down injured, but it was an enforced change for the ressies that proved crucial after co-manager Liam replaced Chinga who was in danger of talking himself into a booking (or worse). 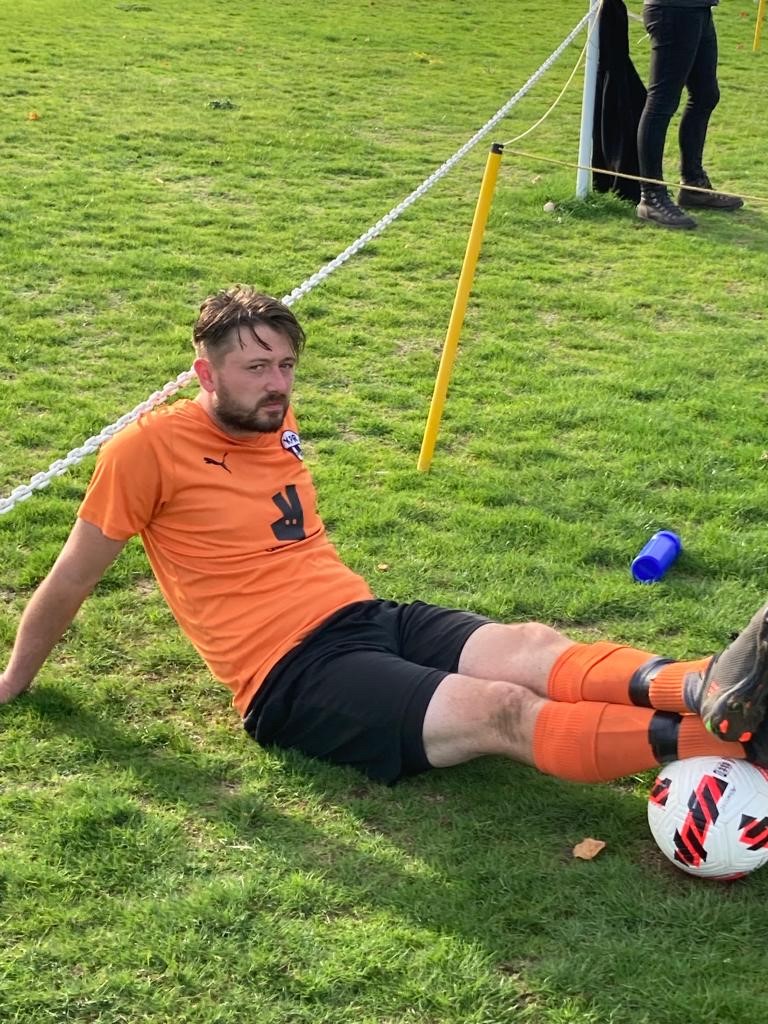 Not a happy bunny

The difference wasn’t apparent straight away as Max missed another chance to score before Vic crossed the ball from the left into the box where an unmarked Liam nodded the ball into the net from close range. Then, like busses, another goal came after a slide-rule pass from Wallis was seized upon by Max who squared it to Liam who was, once again, unmarked.

While it may have taken the ressies the whole of the first-half to rediscover their mojo, the second half began with a bang after man-of-the-match Juan allowed Lucas to make up for his earlier miss with a good finish low inside the near post. Indeed, so good it was, El Boy even broke into a smile!

The smiles got even broader as Vic scored a simple header soon after. And yet there was time enough for another bizarre request – this time for antihistamine – after Wallis was stung on the finger by a wasp. As it happened there were injuries all over the pitch – especially for the opposition.

Liam was clearly worried about injuring his bank balance and he substituted himself off in what was a flagrant display of jug evasion. Poor Crouchy wasn’t so lucky, however, and Chinga got to return to the fray after Crouchy felt a niggle in his foot.

If Chinga’s mood hadn’t improved, the scoreline certainly did as Vic notched another good goal, having chested the ball and volleying it home, before Lucas capped off a comprehensive victory with a simple header having been tee’d up by the ever impressive Max.

All but over as a contest, the opposition ought to have got a penalty after Leighton poleaxed the centre forward after missing a clearance. A sickening clash (anyone who has watched pro rugby league would recognise the noise made) Leighton was perfectly fine, but the opposition player was clearly beyond dazed and it seemed the referee brought matters to a premature end given the nature of the injury. 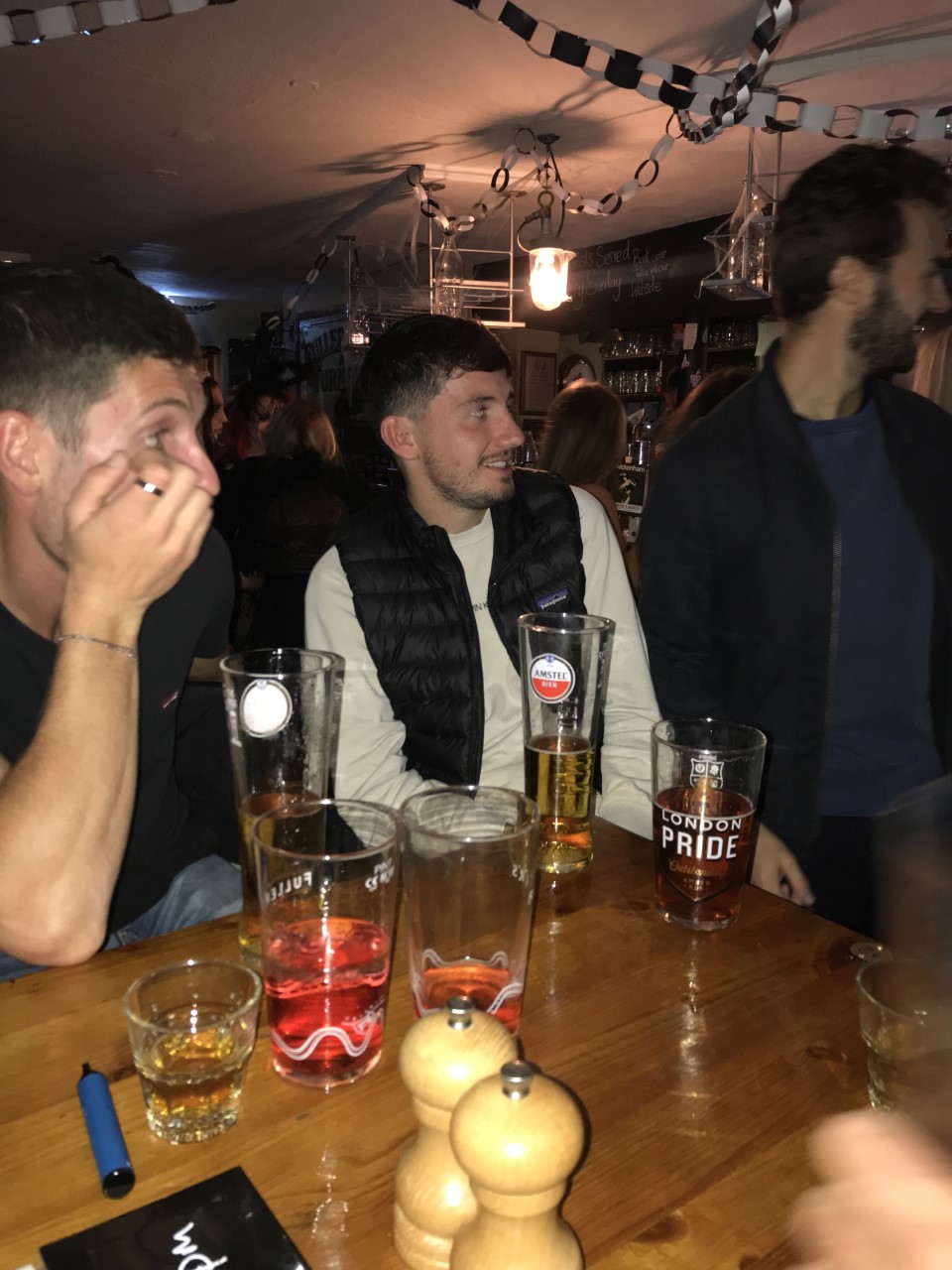 A nervous smile – and rightly so

Hopefully he’s not feeling too groggy now. But it was Callum who was feeling sick in the pub later after Leeds winner against Liverpool! Chin up mate. KPR is where its at.