While the Ressies got to play their first game since before Christmas, thanks to the pitch at Fortress Pyrford not being waterlogged, they suffered a disappointing defeat on penalties in the County Cup.

This outcome might have looked a bit fanciful in the opening quarter of an hour, as the ressies were under pressure from the off. A slow start against an athletic opposition was not what was needed and they really should have scored were it not for Leighton in goal blocking a really golden opportunity.

He remained the busiest player on the pitch for the next ten minutes hurling himself left and right and at the feet of incoming attackers bravely as a flurry of corners ensured almost all the play was in the ressies half – if not the final third even. Attempts to clear (the wind notwithstanding) simply were not going the distance. Nor, when the ball did make it into the opposition’s half, was the ball being retained. 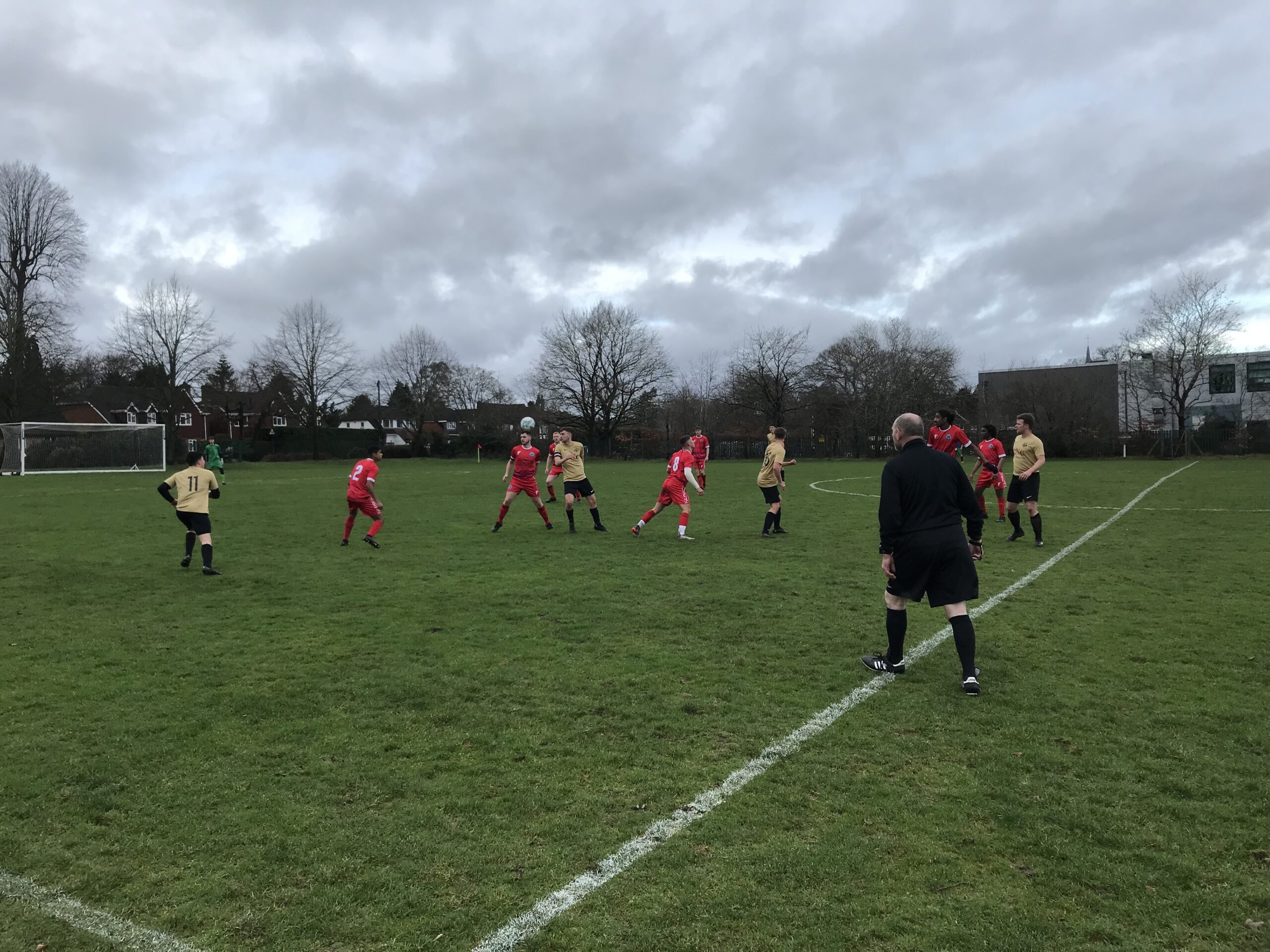 Vic, in particular, was showing some great feet in the midfield, but (like most folk’s golf) the ressies couldn’t string three or more good passes together in any one move. That was until the ressies scored completely against the run of play. The goal itself was a cracker after Josh found Lucas who moved the ball onto the oncoming Wallis who volleyed the ball emphatically home with his left peg.

Spirits lifted the ressies started to play and they were unlucky that Lucas was deemed offside after more good play in the midfield. Petulantly, Lucas kicked the ball behind the goal. The referee wasn’t having any of that and bawled at the keeper NOT to retrieve the ball as Lucas would now go and get it.

Marvellous stuff, the referee got a big cheer from the home supporters (the older ones certainly)! But cheers were hard to come by for the remainder of the half as the ressies went back into their shell relying on a barnstorming performance from new dad Bruce who was clearly enjoying a break from the nappies. 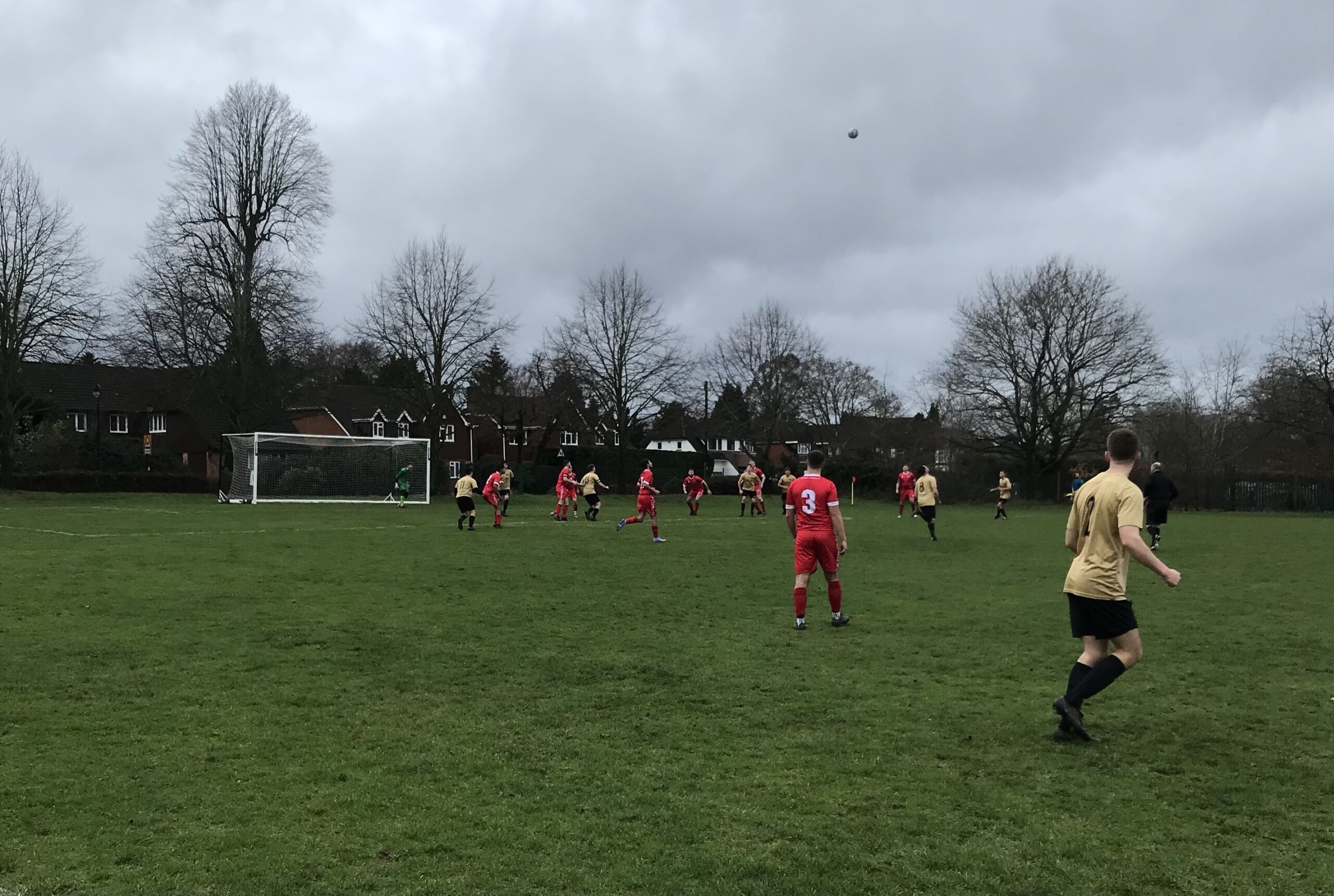 The second half picked up where it left off, with the defence under a good deal of pressure. Sympathy was high on the touchline and it was noted that it was taking a very busy Callum a good five yards to get up to speed. The fastest person involved was the opposition lino, however, whose hair trigger flags were causing some consternation.

Despite this, Callum and his comrades stood firm, with man-of-the-match Josh doing superbly well in dealing with his opposite number time and again. Young Tom also got into the act in bravely blocking what would otherwise have been a point blank shot. That this was repeated another three times during the half spoke of the opposition’s dominance. But, again, as in the first half, the ressies scored against the run of play.

The three pass rule applied again as Josh found Sammy who knocked a delightful pass with sufficient backspin to counteract the skinny surface for Lucas who, no doubt expecting a flag, seemed almost reluctant to run onto the ball before taking a touch and slotting it nicely inside the left hand post. 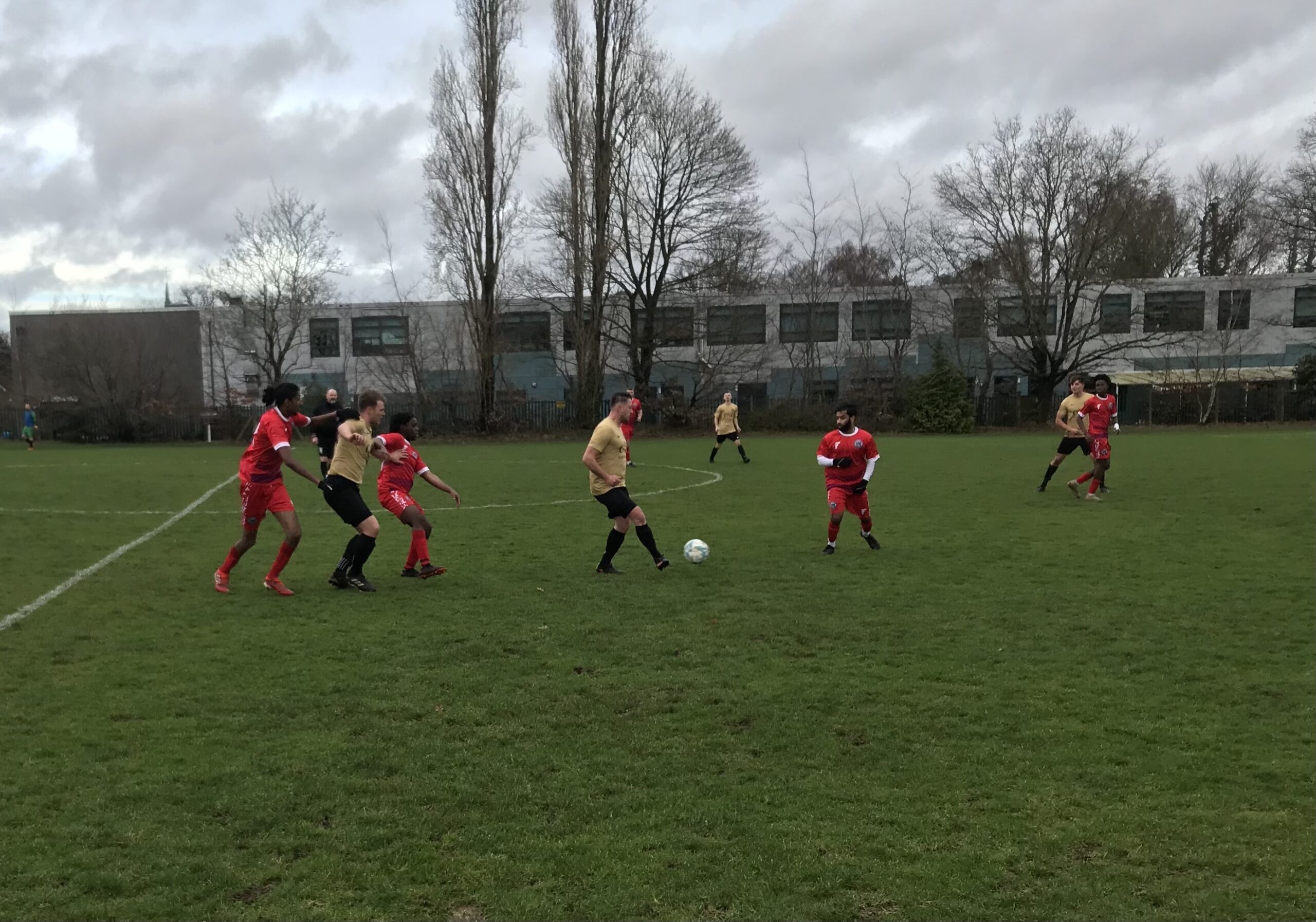 As it turned out the opposition had changed their lino and the goal stood. Credit to the opposition though, as they merely carried on in the same vein as before despite utilising the rolling substitutes to such an extent it was hard to keep up with who was on the pitch at any one time.

Their best player, despite fluffing the first, and best, chance of the match, then forced a great save from Leighton low to his right after some neat footwork. And yet the best move of the match came from the ressies after Wallis contorted himself to flick the ball on with a mid-air back heel for Sammy who squared it to Lucas whose poke past the keeper hit the foot of the post.

3-0 would have sealed it. But despite entering the last ten minutes two goals up, the ressies still looked vulnerable. And the pressure finally told as the opposition’s number nine nodded a super header past a helpless Leighton. Then there were cries for a penalty after Juan collided with his man well inside the box. Not given the opposition’s disappointment didn’t last long as Juan dived in once again. Although a wholehearted effort to block a cross, there was minimal contact with either man or ball. Nonetheless, it was given and the scores were levelled just before full time. 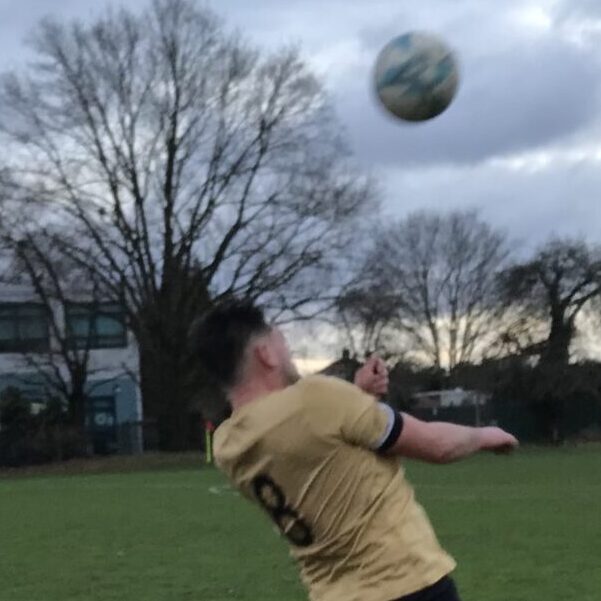 With penalties looming, it was at this point things got a tad ridiculous. And there were so many substitutions being made the touchline resembled Waterloo station in rush hour!

Inevitably, it was penalties that decided it and a good save from Leighton gave the ressies the chance to win if only Callum could score his decisive penalty. Yep, you guessed it. His effort was saved and with all five initial penalties taken there was a lengthy delay as the opposition appeared bereft of volunteers.

That was until ‘Peter Crouch’ stepped forward. But his penalty was saved by Leighton who then put himself forward to take one himself. A much better strike than either Callum or ‘Crouch’s’ it was brilliantly deflected onto the crossbar. The next opposition penalty going in the ressies no needed to score to save the match, but the save was the opposition keeper’s who again pulled of a great save that saw the ball skim off the crossbar to safety.

Disappointing as this was, the game had been excellent and the ressies can now, having now blown a few cobwebs away and learned some lessons, concentrate on staying top of the league.