As the first team struck another six unanswered goals away against Shottermill & Haslemere (that’s EIGHTEEN in two games folks), the ressies laboured like Tigger doing a day’s graft, or Gazza delivering sarnies, for new sponsors H&H Construction and Green Tangerine in what was a similarly difficult ‘watch’.

Under managers Liam and Callum, the ressies are essentially ‘work in progress’, and both must be grateful for the youthful additions to the squad, for it was they who provided most of the good work on this particular outing.

The early signs gave a strong clue of this as man-of-the-match Thomas (a very different animal to his namesake Mr Newell) demonstrated superbly fast feet and close control in the opening moments to put lone centre forward Seamus through. Fellow young’un Sammy Bristow was also showing great promise. But, in a performance ‘beyond his years’, a few too many beers the previous night curtailed his energetic opening by the time we reached (retched?) the half-hour mark. 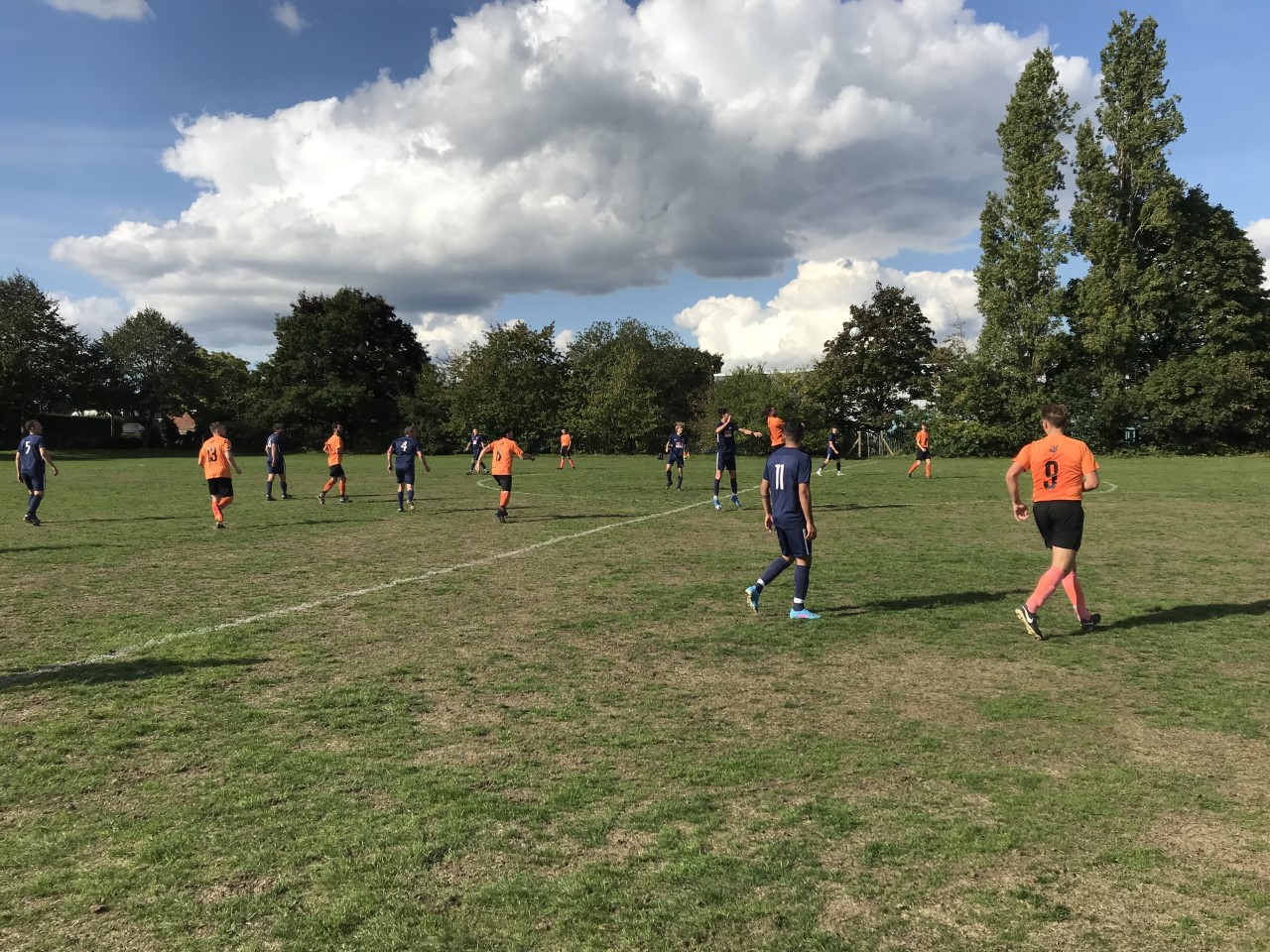 Bright but not beautiful

Seamus was putting in a shift up front, but it was largely futile as the midfield were having a collective shocker except Connor Reeves who was getting a modicum of joy down the left wing until a shout for a handball in the area was denied.

‘Mere’ having a bare eleven, it was at this point Pete ‘the street’ Leonard offered to run their line. As the old adage goes, ‘no good deed goes unpunished’ and he proved to be the first casualty of the match having first tripped over the ‘respect rope’ (c) he then pulled a calf muscle before being replaced by an opposition supporter.

His replacement was then immediately involved in a bit of controversy as the opposition keeper foolhardy ushered the ball out of play all the way in the corner when it had clearly touch one of his colleagues last. Now, stranded a long way from his goal, he manhandled Seamus (I think it was) to prevent the quick throw-in and what would possibly led to an effort on an open goal. 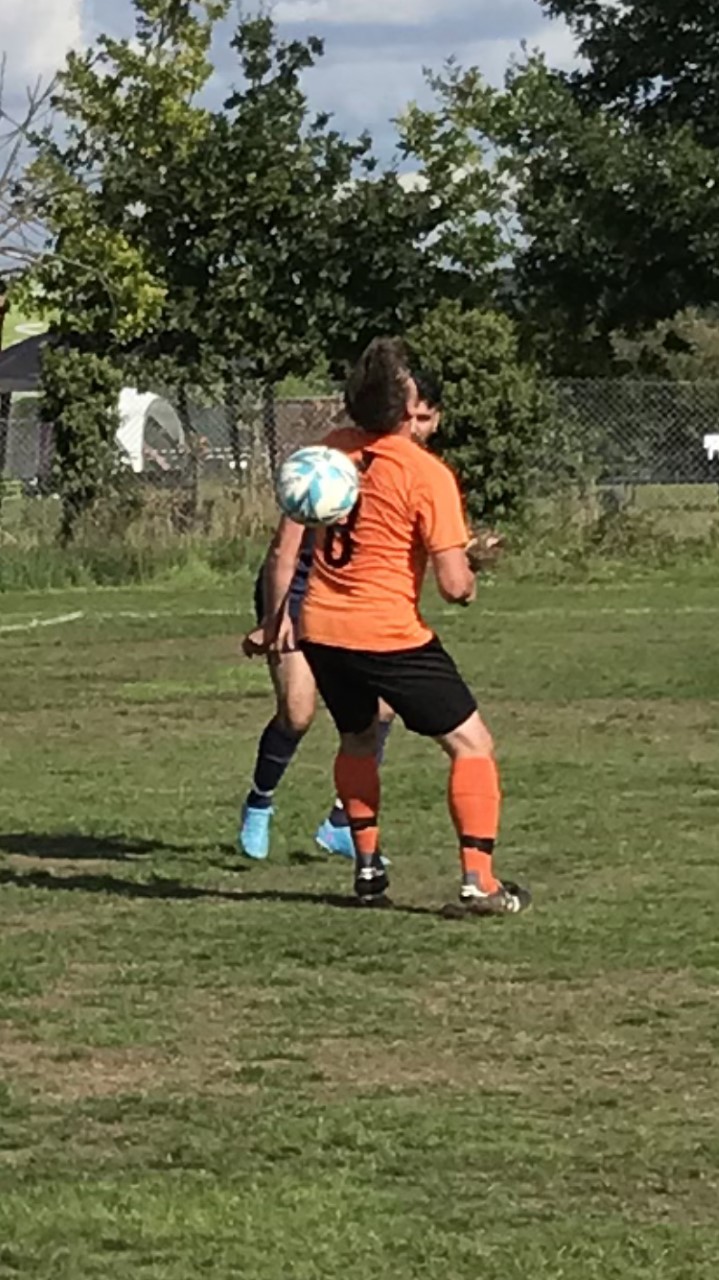 A ‘header’ typical of the day

A booking was as much as the referee could do, but it felt insignificant in a half bereft of chances and the ressies were flummoxed further by a wholly unnecessary booking for Jambo for what was no more than a good solid tackle.

The mood was lifted, however, as Connor’s graft finally paid off on the stroke of half-time having charged down the defender, rounded the keeper, and slotted home into the empty net. 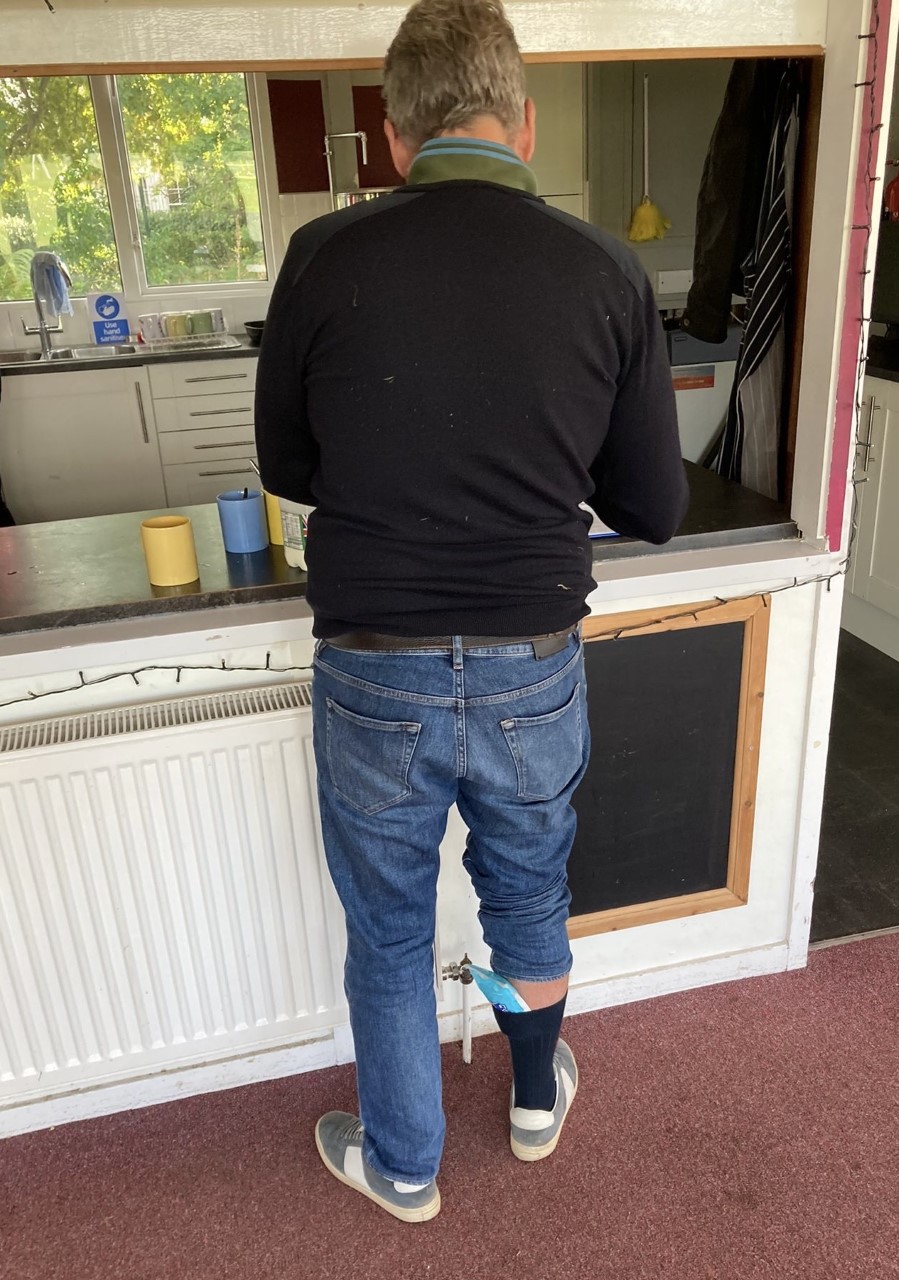 Half time teas, beers and, in one case, ice packs were a welcome distraction from what had been a frustrating half of football. But as much as everyone was enjoying the sunshine the football did not improve in the second-half – despite the energy of the youngsters.

Substitute Max, a returning Sammy, and Thomas were key to most of the best play going forward. And it was Thomas who broke up play in the midfield to set Max through for what would be the highlight of the second-half when Max’s strong shot was well saved by the keeper before Seamus seized upon the rebound to set up skipper Wallis for a second go that was tipped around the post from close range. 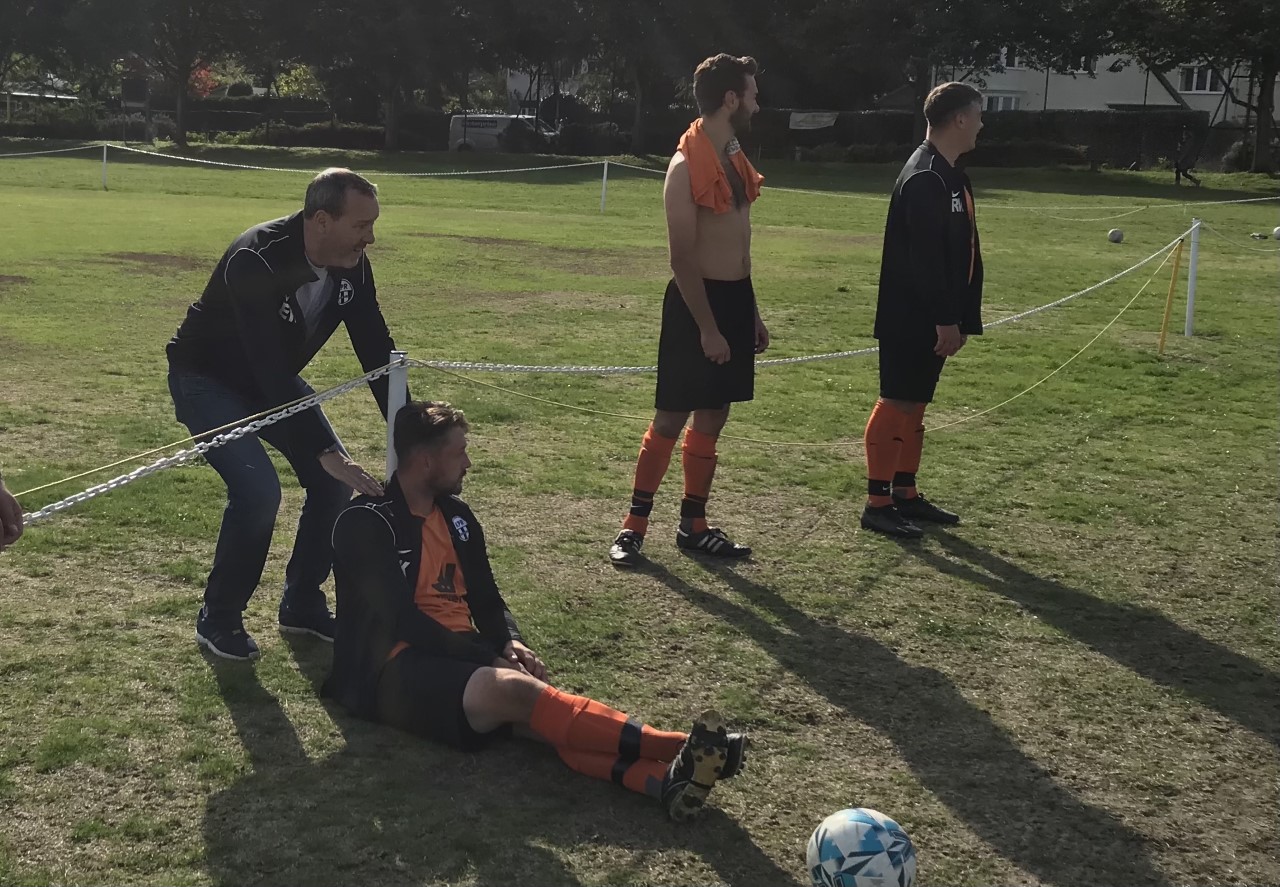 The best chances of the half gone manager Liam made three changes that caused a degree of controversy – especially with those requested to leave the scene. You can’t please all of the people all of the time I guess, but the touchline resembled Woking FC’s ‘moaners corner’ for the next quarter of an hour until Chinga was invited back onto the field.

He might have had a point as Liam’s first effort to control the ball led lino Matt Kear to declare “it’s like he hasn’t played in five years”. Something akin to “Tigger hasn’t worked in twenty”, never let the truth get in the way of a good rumour, and Liam and the rest of the players did enough – just – to win the game.

Deserved or not is another matter, but this was a good reply to last week’s unfortunate events. And, if the youngsters can inspire a few of their older colleagues to rediscover the form we know they are capable of. The future of the ressies is clearly full of promise. Onwards!