“Back With A Bang” – The KPR Ressies Match Report

What began as a typically frantic first match of the season turned into a comfortable win for the ressies over Guildford United – even if it took a wonder goal to settle the team down.

Played at Shalford park as KPR await the cricket season’s end at fortress Pyrford, the small dimensions of a wildly sloping and hard dusty pitch helped no-one early doors. The ressies were grateful for birthday boy Seamus, who looked like the only player in a very congested midfield who could at least try to put his foot on the ball. 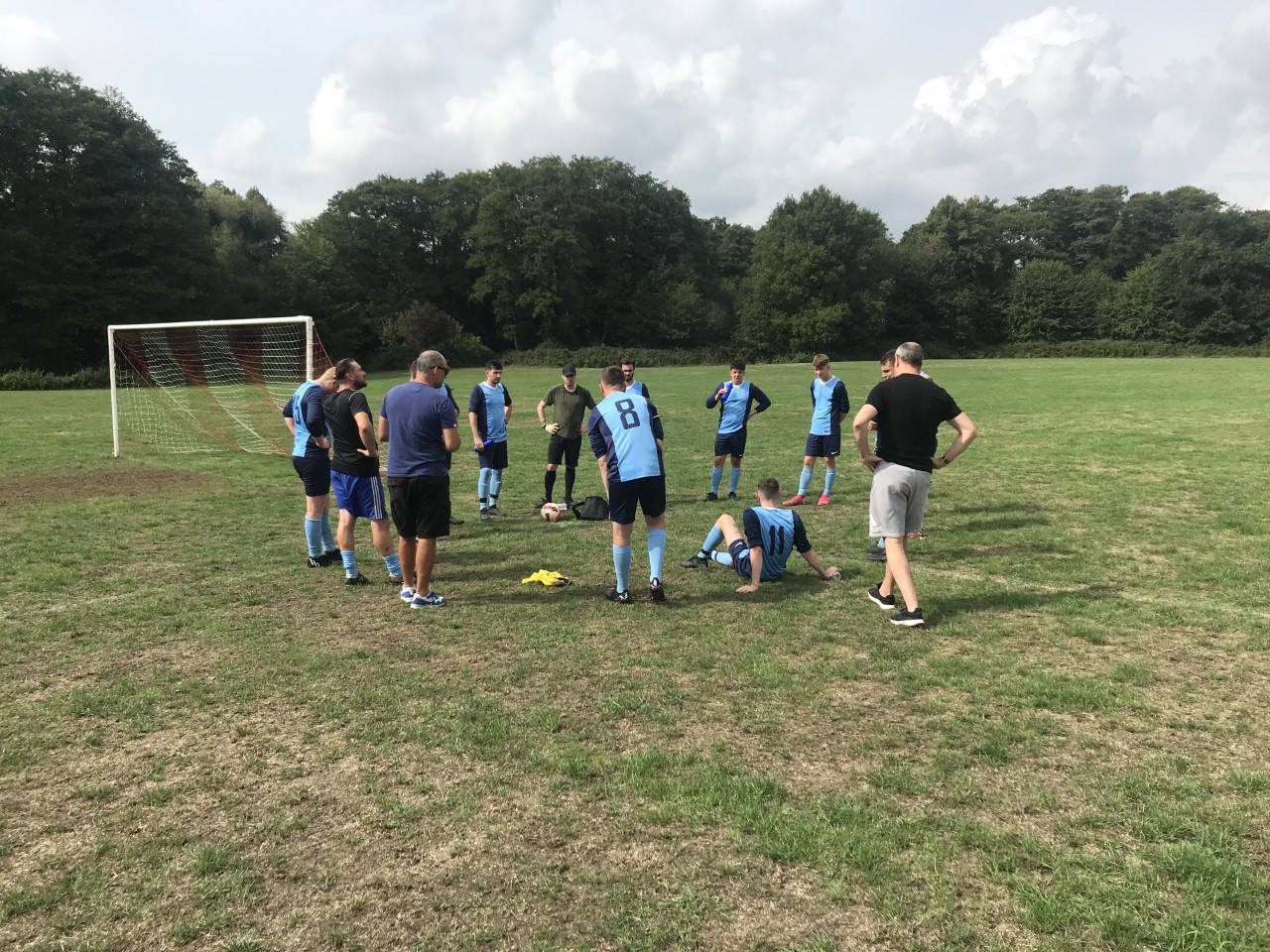 Geeing the lads up

To his side were old stalwarts George Searle and Ryan Wallis. Wallis, recently returned from Canada looked as if he was running ankle deep in maple syrup early on, but it was debutant Dougal Chudley, who had arrived home the previous evening from a ten day lash-up in Euroland who appeared to be struggling physically the most.

Nonetheless, it was Chudley who got the first two efforts on goal. The opposition then spurned an opportunity of their own as a good cross from the right wing passed through the six yard box unhindered. The ressies can thank the hard pitch for this as an unfeasibly high bounce ensured the ball remained out of the reach of the attacker arriving at the far post. 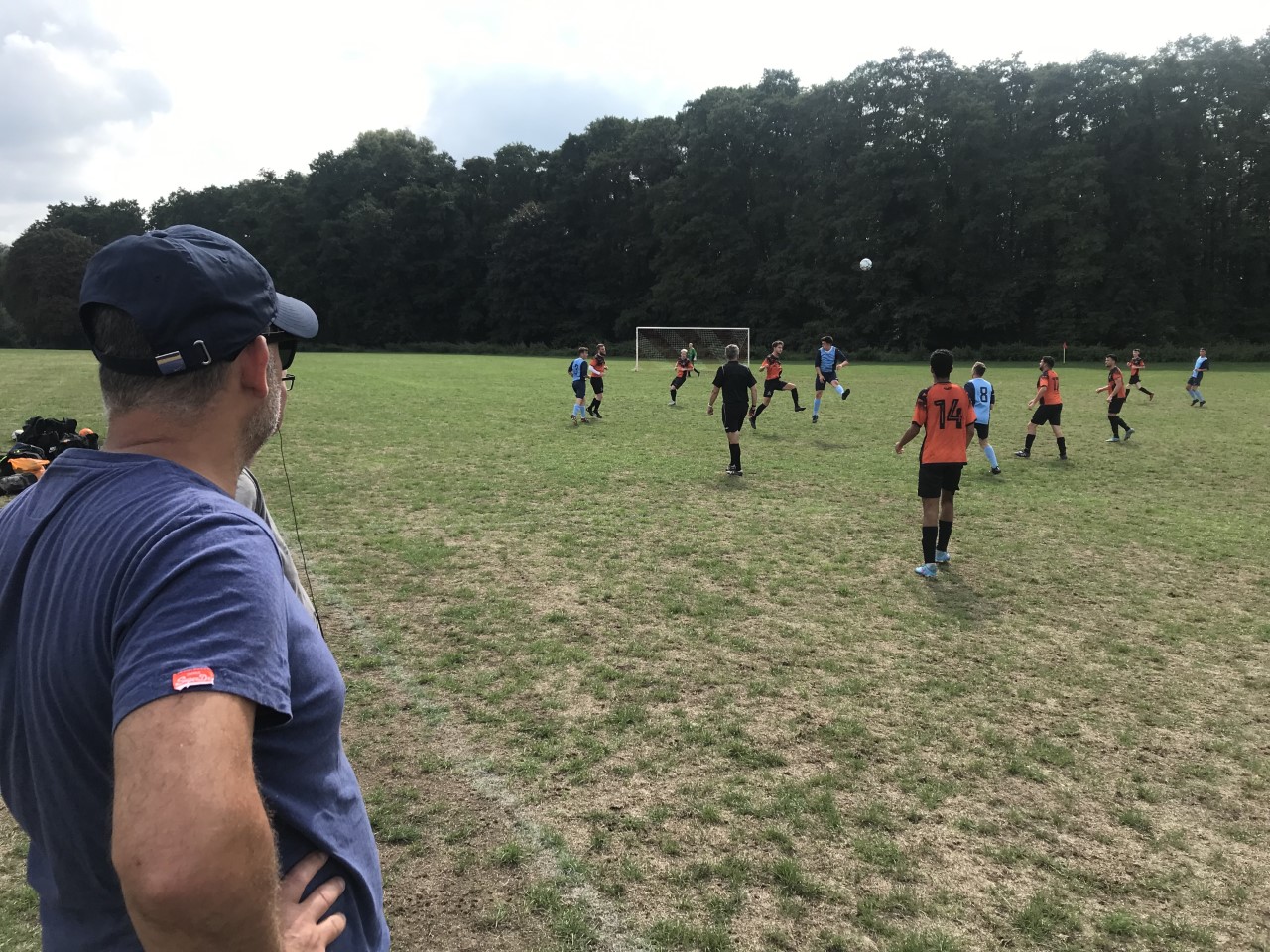 It didn’t end there either and the massed ‘home’ spectators were spurred into spontaneous applause following an excellent reflect save from point blank range by co-manager Liam. Indeed, the standard of football had improved all round – even this, and a reluctance of the ressies to pull the trigger, meant each side effectively cancelled the other out.

That was until Aiden came to the party with an absolute beauty of a strike from some 25 yards or more from the left right into the opposite top corner just a minute before half-time! A goal of the season contender to be sure, but the timing, as much as the quality, was key and the ressies went into the break understandably on the up. 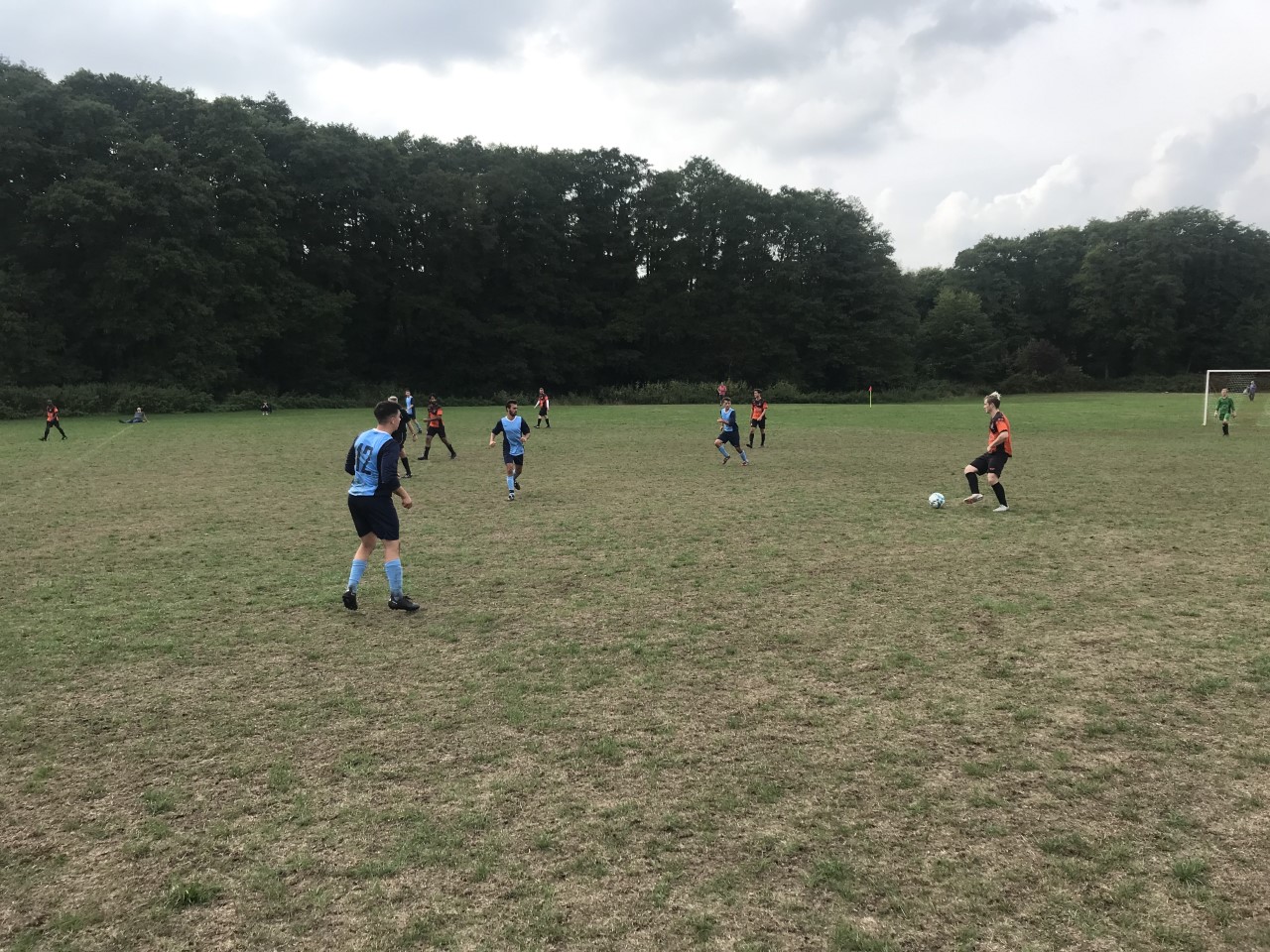 A tad dusty out there

This momentum was continued in the early exchanges of the second-half and the pressure told when a hopeful ball led to the opposition’s keeper and his defender both effectively missing the ball and presenting Vic Hamilton with all the time in the world to put away (even if he “shat myself”) the easiest finish imaginable.

It should have got better almost immediately but Seamus was denied a birthday goal by Vic who got in the way of his goal bound effort, before the subs were brought on the freshen things up. we say ‘freshen’, but Kempy, James Kear and Chinga, making his comeback after an injury to both ankles after jumping off a balcony, are certainly ‘old hands’.

Of the three it was Chinga who impressed the most with some simple and effective play, but Kearo was also making a very telling impression. Kempy, of course, is never anonymous, but he was up against an unusually speedy right-back who denied him many opportunities to exploit his pace to the full.

Dougal, after a rest, returned to the fray and it was he and Seamus who put a lovely one-two together that allowed the former to hit a first time shot past the keeper. If he was too tired to bother attempting to round the keeper, it was a good finish. But the greatest amount of energy (and attempts at progressive play) came from another debutant Sammy Bristow who was fully deserving of his man-of-the-match award.

Credit must also go to the referee who judged, despite what would have been two certain bookings for opposition players elsewhere, the tone of the match which was competitive yet measured throughout before the ressies capped off a fine display with a strong header from Kearo at the far post. 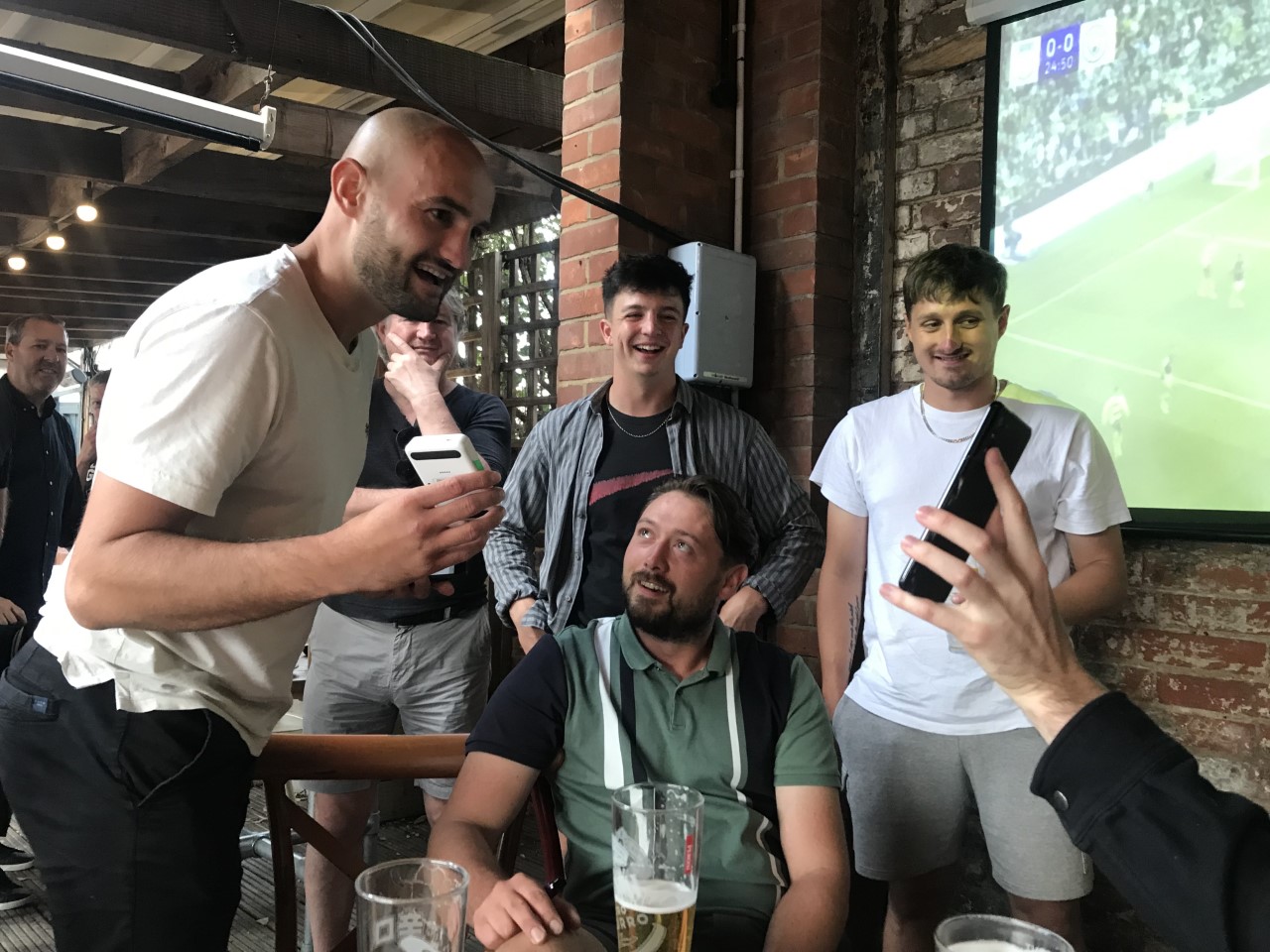 Reminiscent of his old man, this stirred memories among the older spectators. But this season, like the last, is all about making new memories and, if the ressies can maintain or improve upon this excellent start, they ought to be there or there abouts in the tile race come the end of the season. Make it so lads!