The KPR first team deserve to enjoy their summer off after a two-nil win over the University of Surrey saw then win their fourteenth match in a row!

This, at any level of football, is quite some achievement. Yet, the lads laboured a bit against a very decent Uni team who did more than keep KPR quiet.

A few of the lads either appeared to have been still suffering from last week’s league celebrations or had mentally ‘checked out’ given the overall job was done. Consequently, it was the opposition who looked the most likely and – one blocked shot from Luke Mitchell apart – the first half stats were approximately eight shots to one in favour of the students.

Mercifully, the overwhelming majority of these failed to trouble Kev in goal. Although it was clear a couple had him a little worried before they flew past the post or over the bar. Captain Simmo had clearly had enough, and he was booked following an uncompromising tackle. 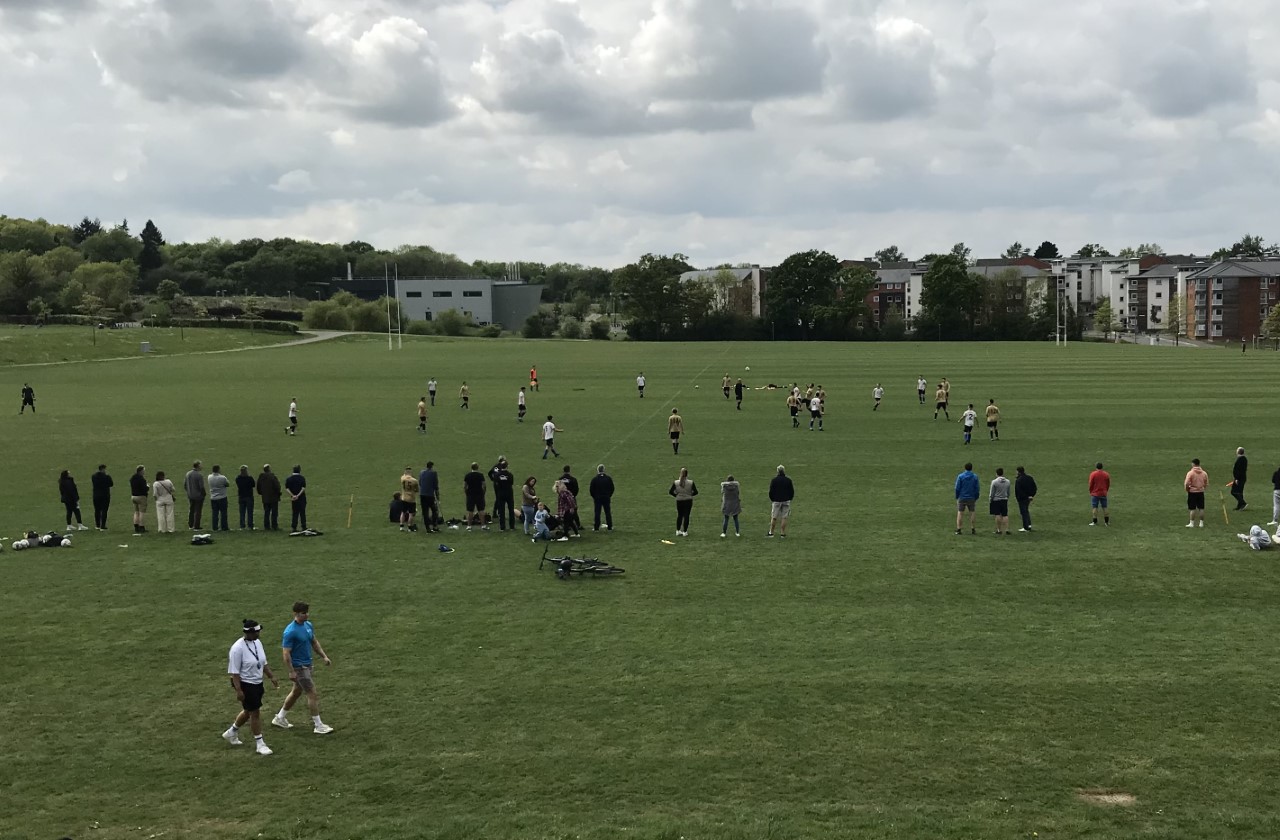 The View from The Bar

Nevertheless, typical of the quality on show – and on the bench – KPR’s first bit of serious football resulted in a goal after good play in the centre from the ever-busy Sam O’Shea found Michael Whicherek on the wing. A we burst of pace and a cross later found the prolific Mitchell at the near post who slotted it home on the half-volley.

Now back to something like our usual selves, the second half was a good deal more comfortable. This also applied to several supporters who had the luxury of watching most of the second half from the balcony of the bar in glorious sunshine and they had a bird’s eye view of the second after a sneaky ball from Michael Wicherek was seized upon by man-of-the-match Doug Noble who finished well between the keeper’s legs. 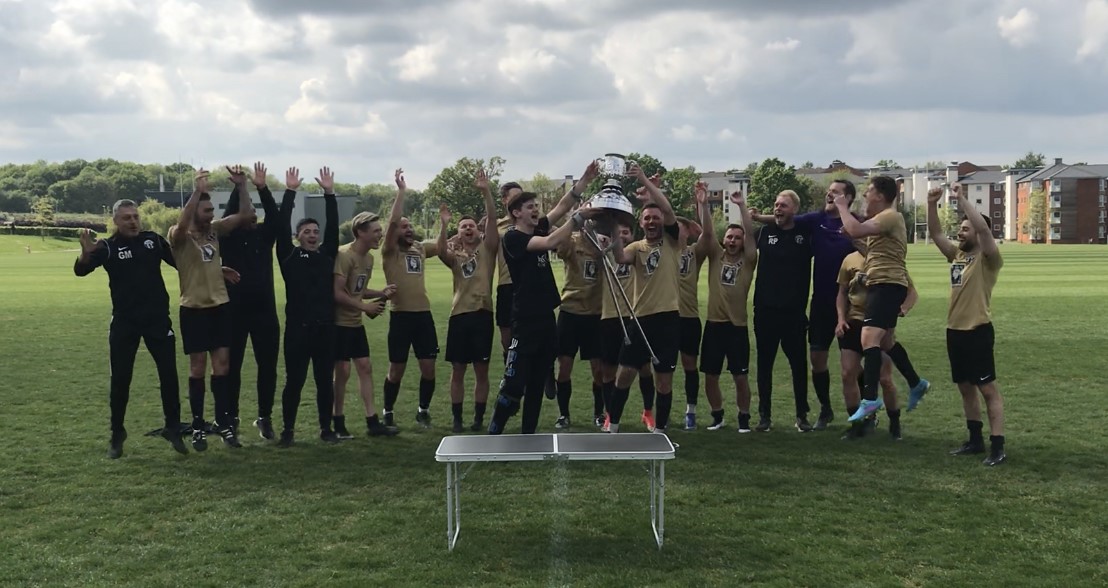 All Hell About To Break Loose

The defence increasingly redundant Mitchell forced another save before the real business of the day at the final whistle – the presentation of the league trophy. 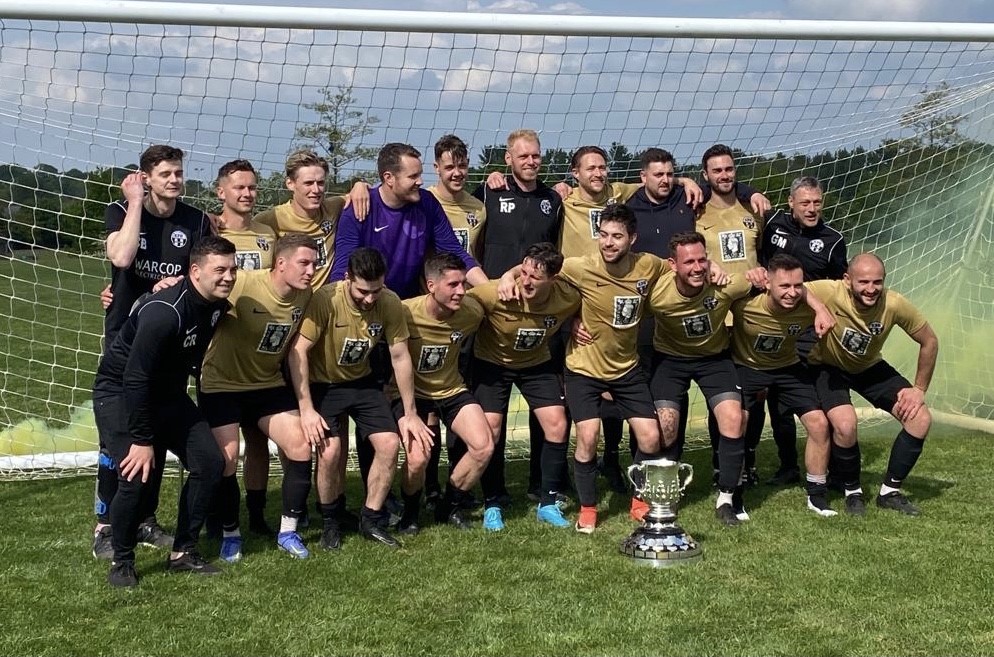 A Season To Remember

Steeped in history the cup (if not the league) dates back to 1891 and KPR will now be engraved alongside the likes of Woking, Godalming, Kingstonian, Farnham Town and Ash United. This is quite something for a club that has only just passed its first decade and all involved in this and previous years should be justly proud of this achievement.

Bravo all on a fantastic season. Here’s to many more!