If KPR’s title challenge took a significant step forward with a well-deserved win over fellow contenders Cranleigh at a packed Fortress Pyrford, it hadn’t looked likely for the first quarter of an hour.

Indeed, supporters and players alike were bewildered as the opposition utterly dominated a team than had previous week’s opposition chasing shadows. Although the tables had been temporarily turned there was a degree of good fortune to the opening goal as a deflection left stand-in keeper Pogo helpless. 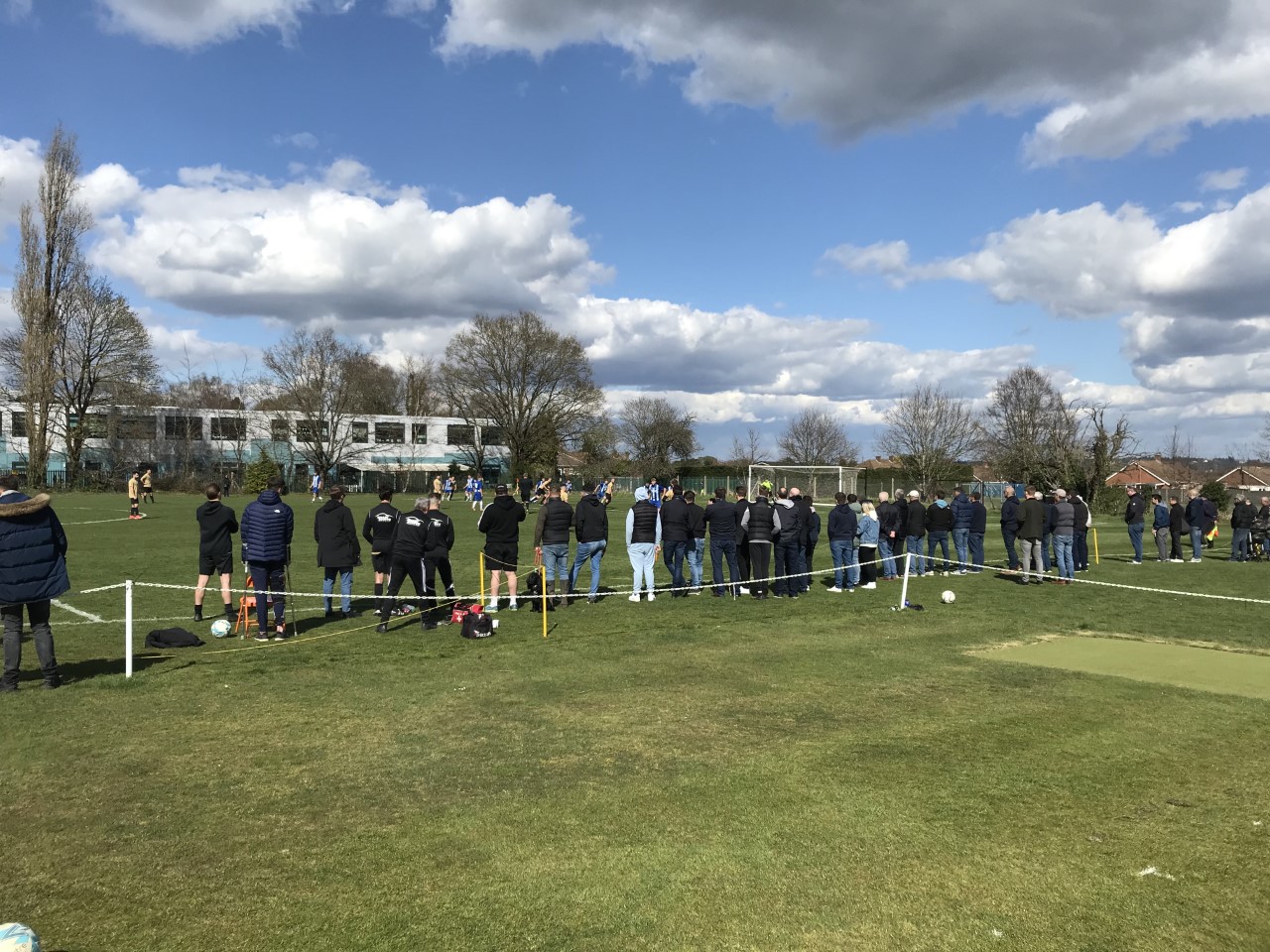 The massed tifosi at a ‘packed’ Fortress Pyrford

One of those things, it was certainly far too early in the match to be hitting the panic button, but there were concerns as to how KPR would establish any kind of foothold. That remained the case until man-of-the-match Archie Harris imposed himself on the match and almost single-handedly dragged KPR into the game.

Strong tackling and a willingness to run at the opposition down the right flank hinted at potential weakness in the opposition, but the clues had already been revealed by the opposition themselves with a blatant dive in the KPR area.

The referee rightly ignored the ‘simulation’, yet the opposition players continued to badger him for almost every tackle that didn’t go their way. Under different circumstances this tactic all too frequently works, but the referee appeared to see through the ploy.

Nevertheless, with KPR’s forwards struggling to make anything stick, it was a free kick that got KPR back on level terms. And an excellent free kick it was with top scorer Luke Mitchell looping the ball over the wall so well the opposition’s youthful keeper merely watched it fly past him. 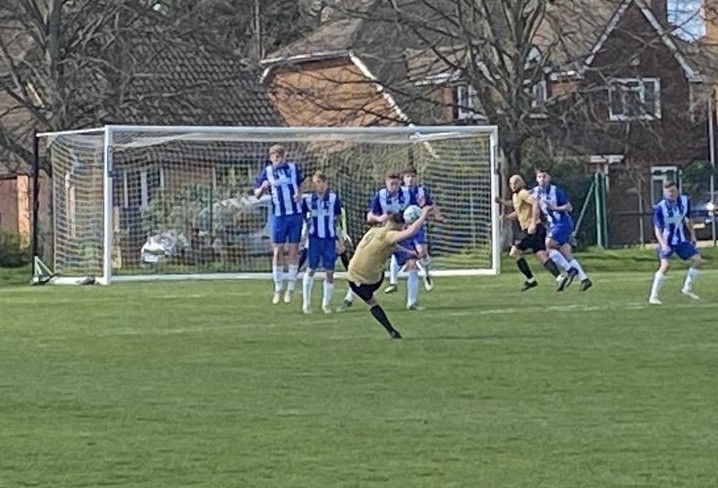 If Archie had little to do with that, it was his driving run into the box that drew the foul that led to a penalty and KPR taking the lead just before half-time. Once again Mitchell made no mistake even if the keeper was a little closer to making a save.

The pavilion was buzzing during the break. The general consensus being that KPR had ridden the punches well and the worst was behind them. Co-club founder James O’Shea made the most accurate prediction, however, in stating young Archie was bound – if he was like anything like his dad (fellow co-founder Dave Harris) – to either get sent off or carried off after such a superb first half.

Once the second half was underway it became clear that the longer the game went on the more KPR would dominate. Regrettably, this dominance invoked a rise in gamesmanship among the opposition and one can’t help but feel that had they focused on their football a bit more life may have been a good deal more difficult for KPR. 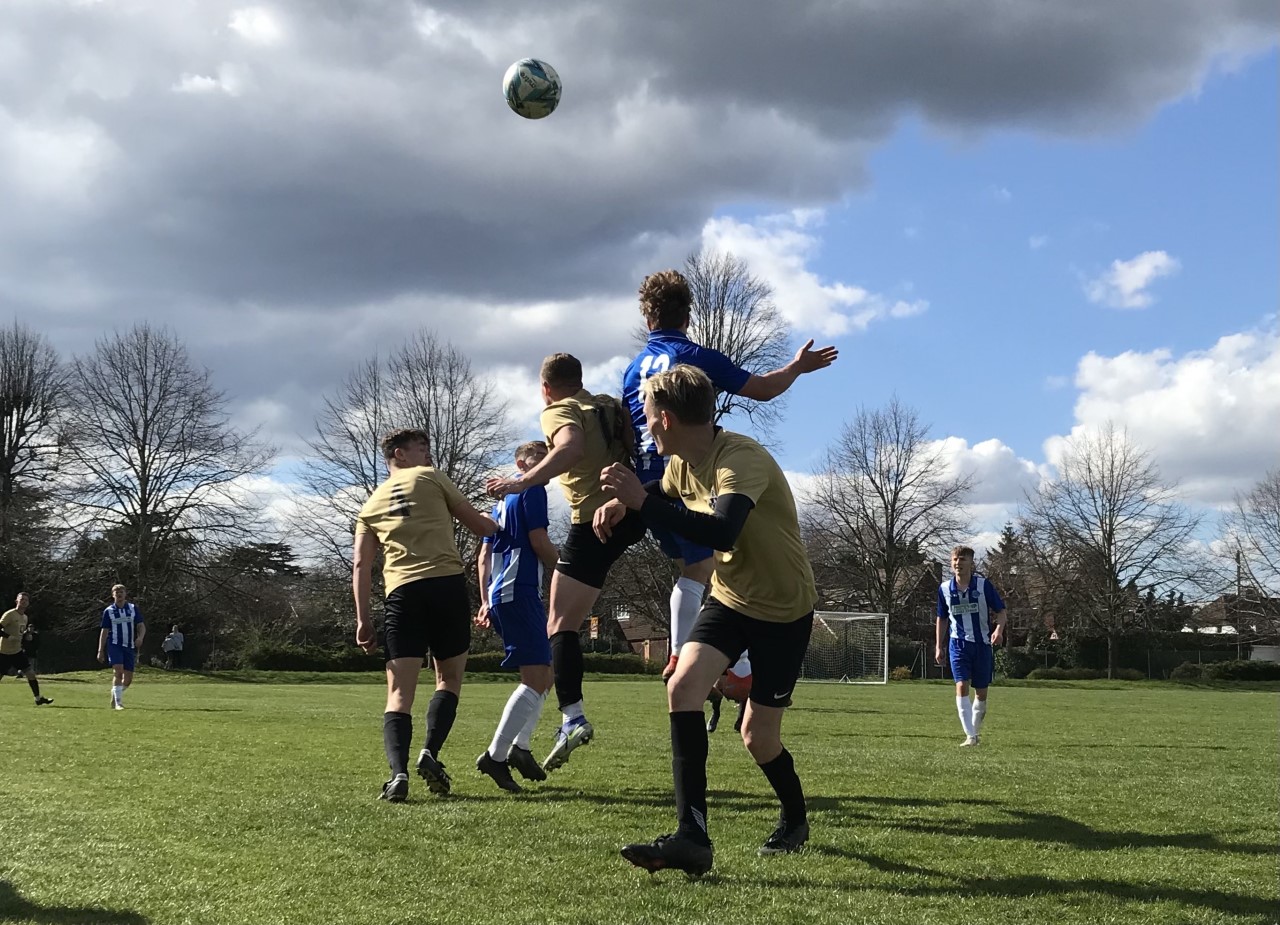 Bullen challenges while Archie and Dan look on

This is not to say life was easy and it took the very best of the O’Shea brothers, Dan Way, Rob Partridge to ensure Pogo in goal had precious little to do. Partridge was everywhere and he was a little fortunate not to be booked for clattering the opposition’s keeper in the opening moments. Ultimately, the keeper had to come off. But, given the O’Shea brothers are utterly inscrutable, it was Dan Way’s Zen-like performance that stood out given some rather obvious attempts to wind him up. 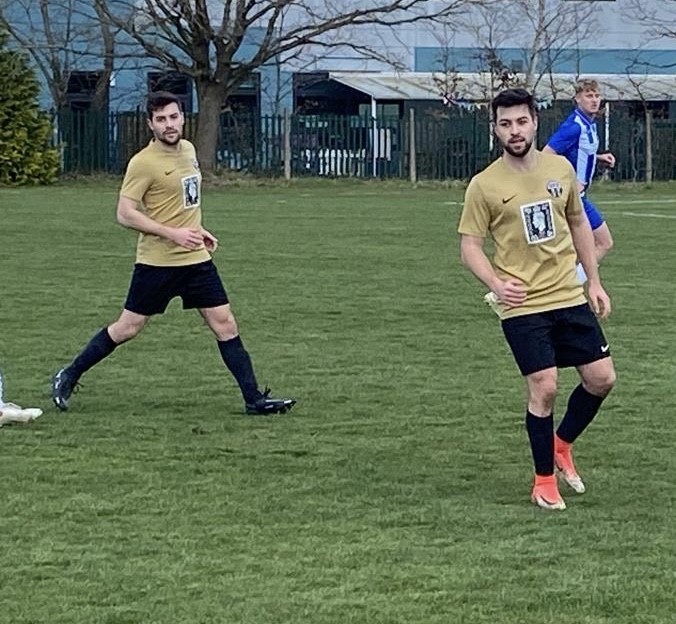 If one doesn’t get you, the other one will

The fact he didn’t rise to the bait only ended up backfiring on his opposite number who was heard pleading for him to “go away” after some particularly close attention. I believe this may have been the same player who was hit in the face by the ball after bar manager El Boy flicked the ball back for a throw-in.

If that was an accident the opposition’s ‘dark arts’ resulted in O’Shea senior’s prediction coming true as a free kick was deliberately kicked at Archie before he’d had a chance to get back ten yards. A second yellow was both harsh on the lad and a little disappointing from a referee who had, otherwise, had an excellent game.

While the opposition’s supporters cheered Archie was given the warmest reception possible from the home fans who were soon cheering a third goal after some delicious play down the right wing. Having toyed with his opposite number yet again, Dan Way backheeled the ball to Sam O’Shea who delivered a sumptuous cross to the advancing Josh Bullen who volleyed the ball into the ground and over the head of the replacement keeper. 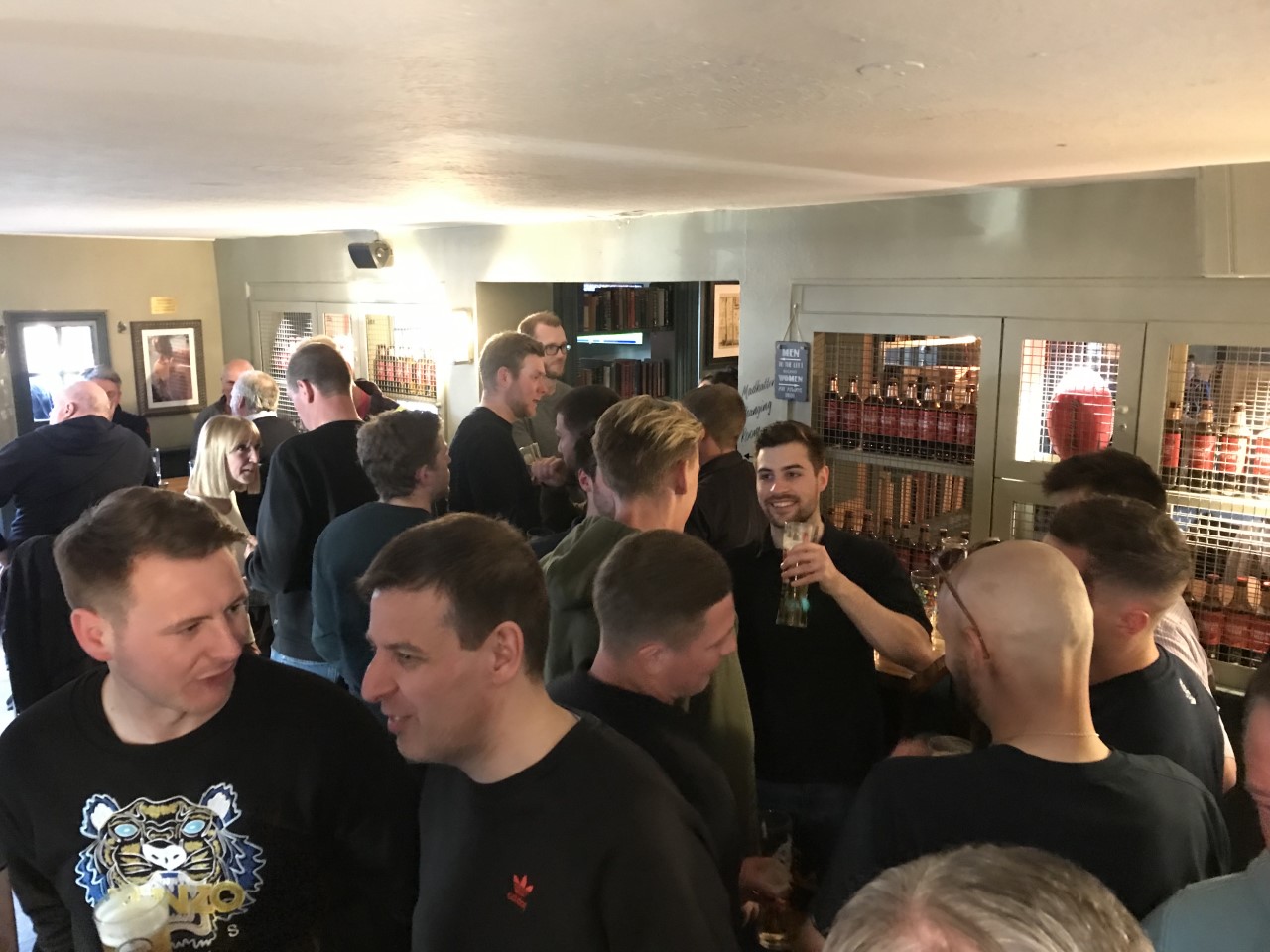 It may not have been pandemonium, but there was much cheering and punching the air as it became clear the game was beyond safe. Ultimately, the best team won and the celebrations continued after the final whistle in the pavilion and beyond.