As the old adage goes: to fail to prepare is to prepare to fail. Accordingly, despite several eleventh-hour drop-outs, KPR overcame Ottershaw with relative ease.

As much as the squad are playing some very good football, they are assisted (like many other clubs) by an army of volunteers behind the scenes who make sure things run smoothy (when ‘George’ Woods remembers to do his tasks before Wednesday that is). 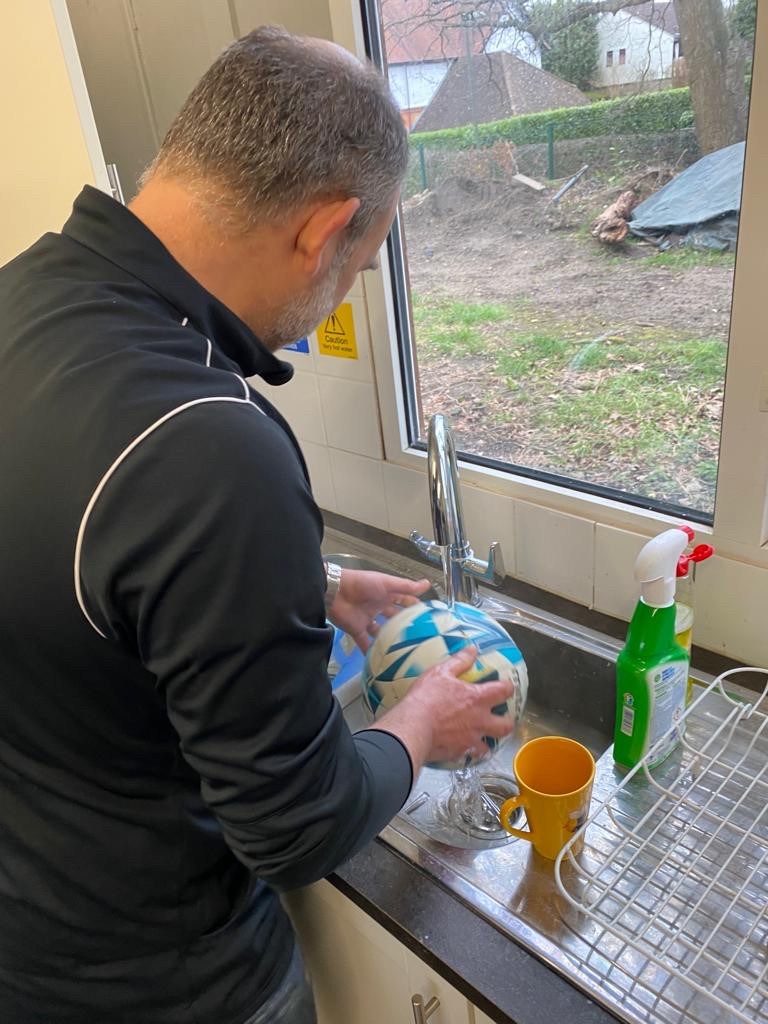 Chainy has always looked after his balls

This even includes Chainy washing the match balls! But, as far as the match went, KPR were clearly the better side from the start. That said the first three efforts on goal got progressively further away from goal. There was also the opposition’s linesman to contend with and a number of lighting quick offside flags led to bar managers Chainy and El Boy moving down the touchline to have a better view of proceedings.

They needn’t have worried for the first goal as a duffed cross from man-of-the-match Michael Woods found James Nixon at the edge of the box where he shifted the ball into the yard of space required before slotting it home into the opposite corner.

There was some irony in with the second goal, however, as our touchline spies suggested later that Luke may well have been offside?! Nevertheless, it was a lovely finish that led to the opposition keeper swearing even more than he had been – even his own forward was telling him to put a sock in it. 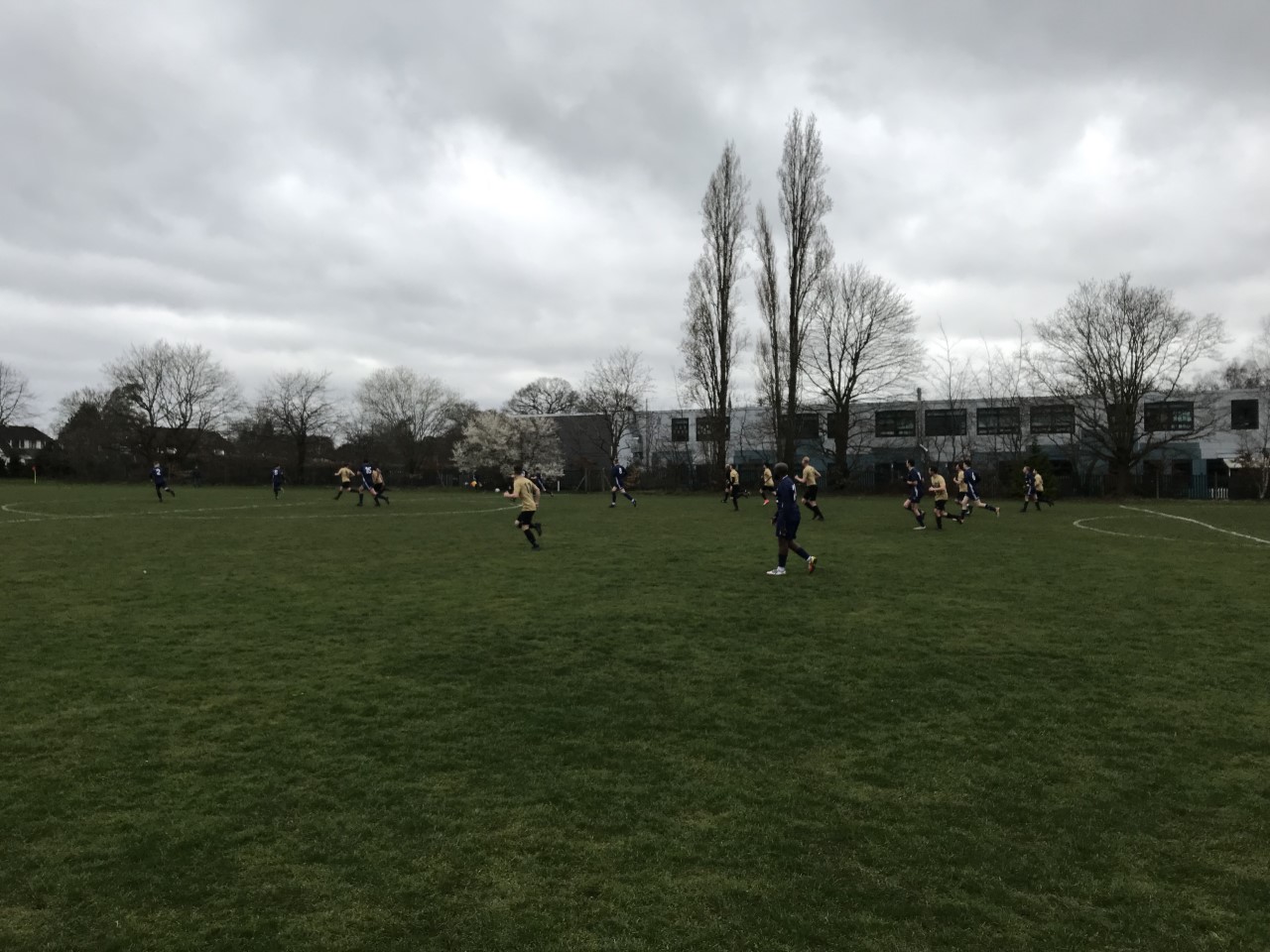 In-line with this there was a degree of ‘naughtiness’ creeping in and the referee showed great leniency in not sending off Nixon and the opposition player who had fouled him. Moments later KPR responded in the best way possible with a second for Mitchell after a cushioned header from Doug Noble.

Having dominated, KPR seemed to take their foot off the accelerator in the second half until some fancy footwork from Michael Wicherek teed-up Woods. Sadly, what would have been a superb goal failed to materialize as Woods hit the post.

Although disappointed, the supporters did not have to wait long for a fourth as the oppositions attempt to play out from the back, backfired presenting the speedy Mitchell with an easy tap-in having nicked the ball and rounded the increasingly frustrated keeper who was now a pantomime villain in the eyes of the supporters. Indeed, it should have been five soon after, but the supporters did not mind so much as Mitchell was denied by the keeper’s face. 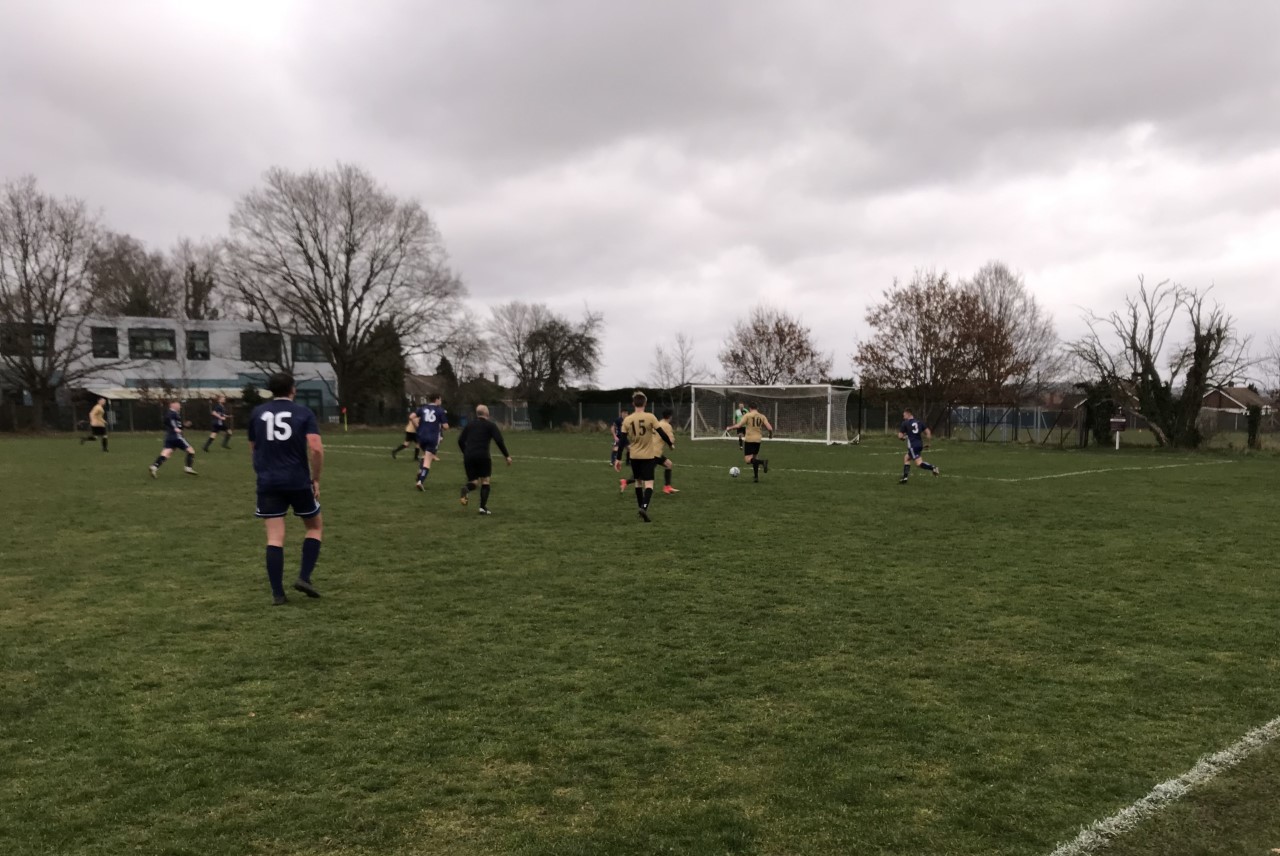 He didn’t? Oh yes he did! And, given the score, this was almost “better than a goal” for the humour it engendered. Nevertheless, the keeper’s efforts were soon rewarded as his team clawed a goal back. In many respects this stemmed from Alex O’Shea injuring his knee and the forced juggling of players that led to. And yet, KPR remained – for the most part – on the front foot.

This said, the fifth goal was an absolute gift after the keeper allowed a ball in from substitute Dan Way to pass through his hands and legs and, thus, present Michael Wicherek with the easiest of finishes.

More should have followed, but the wayward shooting of the early stages had returned forcing Adam East to retrieve the ball from the neighbouring school on more than one occasion. KPR keeper Kev was also retrieving the ball from his own net for a second time. This was a tad sloppy of KPR. But, by now, the game was essentially over as a contest with the final minutes creating little excitement.

Job done, the post-match beers tasted excellent and there was even some food laid on at the pub. And, with the expected return of the players missing this week, let us hope the tasty football also continues.