With no game for the Ressies, a bumper crowd (including three cast-members from ‘Last of the Summer Wine’) witnessed one of the best team performances of the season as the KPR firsts demolish Wrecclesham at Fortress Pryford.

The extent of the victory would not have been predicted given the early exchanges, however. In fact, it was Wrecclesham who got the first proper effort on goal after a speculative ball forward ‘yorked’ the oncoming Kev in goal, and he must have breathed a sigh of relief after the rebound was put well wide of the near post. 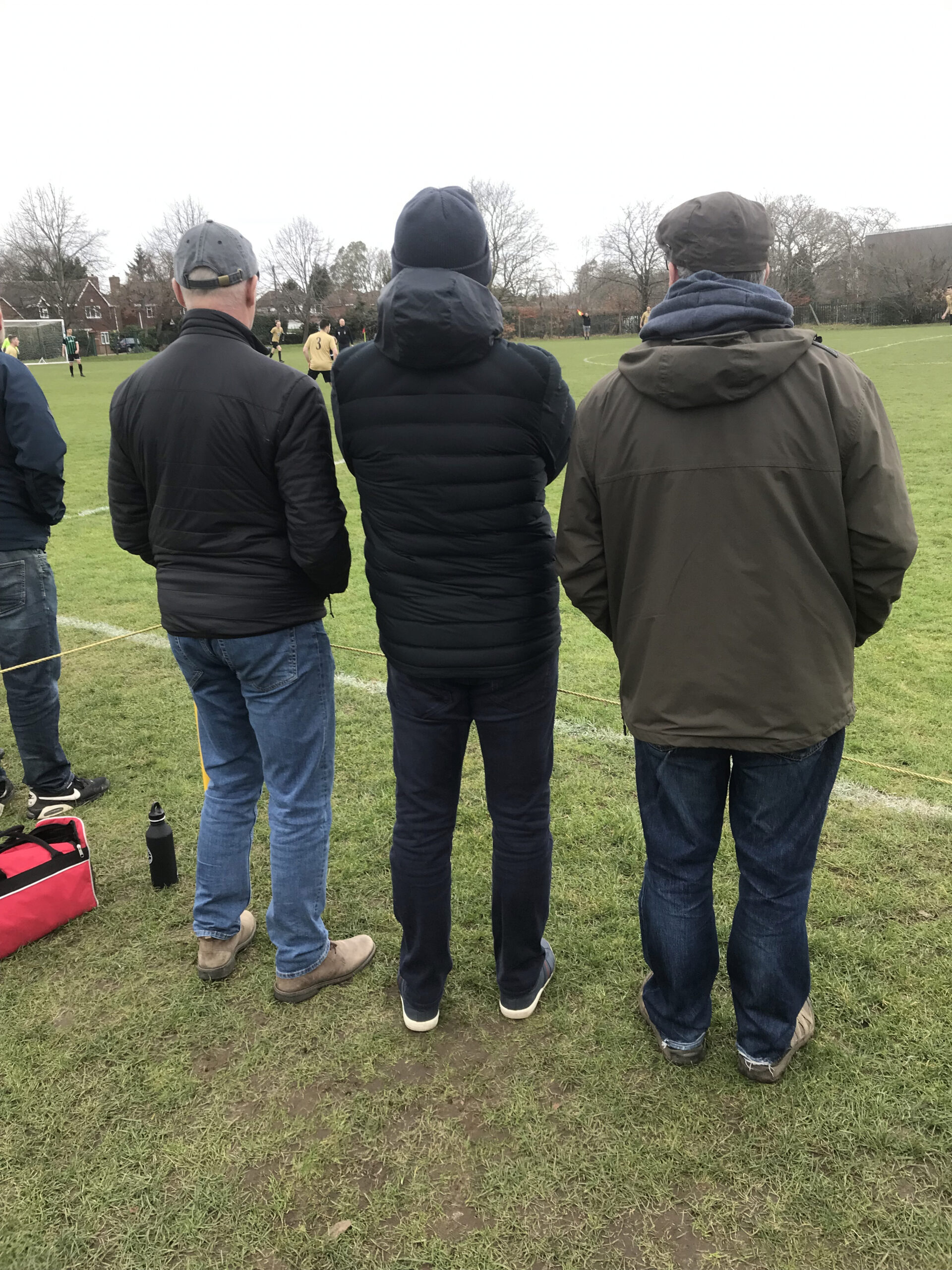 Indeed, it was the oppositions lino who was proving most effective in denying two or three very close calls in the first ten minutes. If this was an accurate indication of the territorial advantage KPR had established, there was nothing the lino or the keeper could do about the opening goal after some neat play found Bullen at the edge of the box. And, some very neat footwork later, the ball was thwacked in off the post.

The assembled masses went wild, but parity was quickly restored after the opposition scored directly from a corner. If there was precious little Seamus could do at the far post, this proved a mildly irritating blip in the context of the match, with KPR’s dominance quickly reestablished.

Central to this was the O’Shea twins who mopped up any danger with (what looked like) ease. Of the two it was Alex at left back who found himself with a shooting opportunity. It even looked as if it might trouble the keeper until it deflected off the back of a defender for a corner that was whipped in by Dan Way to present a free header for Luke Mitchell.

Dan was, by his own reckoning, “playing well” and he demonstrated patience and accuracy in feeding man-of-the-match Doug Noble who then presented Luke with another opportunity to score. And this he did after wedging himself between the ball and the defender until the ball had rolled into the position he wanted before placing the ball into the far corner.

Three-one at half time was a fair reflection and it should have been four almost immediately had Luke not put a relatively simple chance over the bar. Indeed, this only replicated some of the opposition’s finishing, thus giving Crouchy and Chinga a busy afternoon with the ladder. 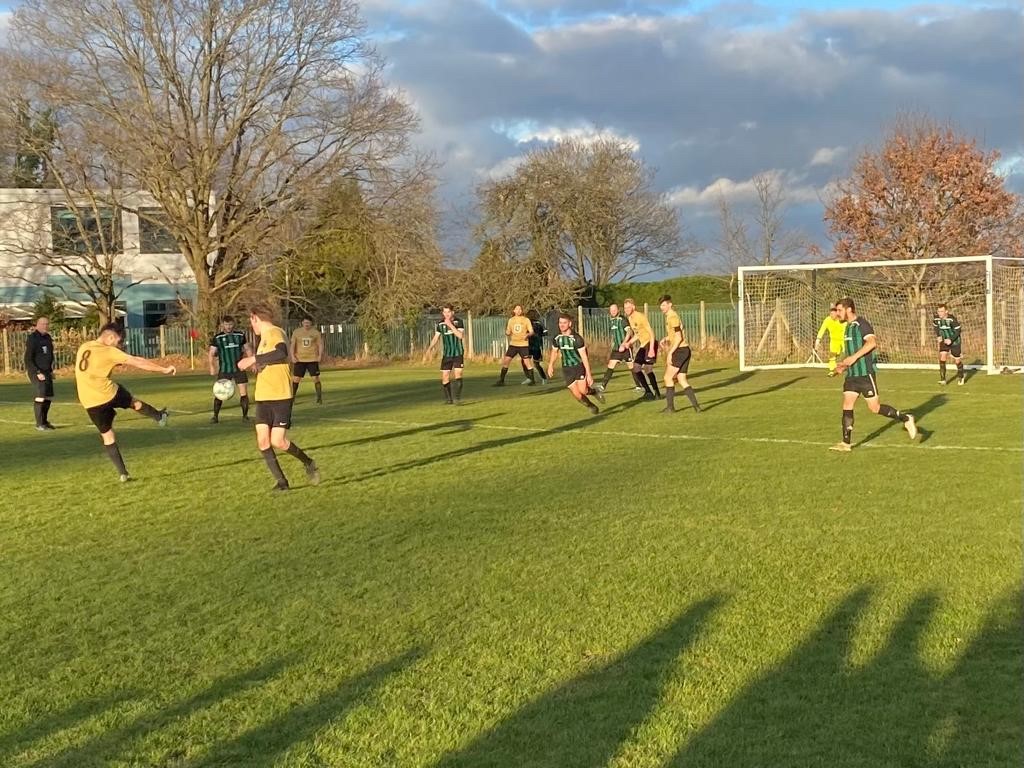 The pair must have feared the worse only moments later when a good run down the left by Bullen tee’d up Mike ‘Migraine’ Woods at the front post. But no. Instead of flying into the school, Woodsy dinked the ball over the keeper to put the game beyond Wrecclesham.

This comfortable position resulted in a rather flat ten minutes of play and some speculative attempts on goal (of which more in a bit). The spell was eventually broken by Sam O’Shea who hit a great shot that was first parried by the opposition keeper, who then made a very good save from the follow-up.

If that was a squandered chance, the crowd were not overly frustrated as they were being treated to the tireless industry of Noble, the skills of the O’Sheas’ and a Dan Way performance of startling idiosyncrasy. With the ball at his feet, he was toying with the opposition who couldn’t even get close enough to foul him. But, when shooting, Way was having a ‘Weston’ and, having just told everyone how good he was playing, he shanked his shot so wide it almost went for a throw-in.

Hilarity ensued, but as much as the crowd were egging him on it was substitute Michael Wicherek who added another to the growing tally after a delicious pass into the box from Seamus. 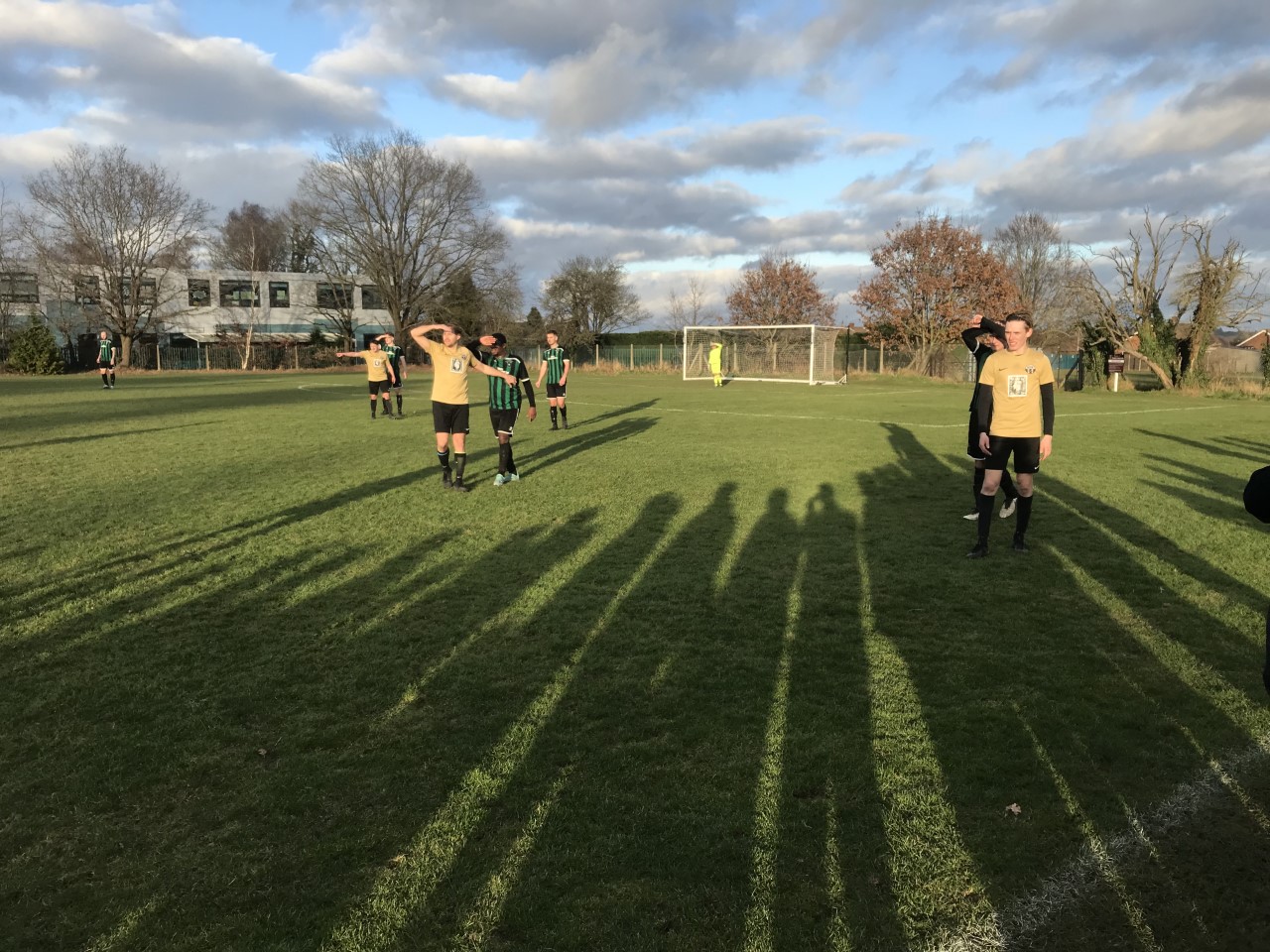 The introduction of Callum and co-manager Nico added fresh impetus further. More good play from Luke resulted in a goal for Nico who had an easy finish having been denied by a keeper who had kept things ‘sensible’. Indeed, he even managed to deny Seamus a long-range effort despite his short falling down!

Regrettably, the one-sided nature of the match took its toll and Doug’s dominance, in particular, led to the opposition’s captain losing his rag and getting sent off for a daft challenge that wasn’t going to achieve anything except a second yellow.

Were it not for a block on the line Nico could have had another to rub further salt in the opposition’s wounds before the ref called time on a thoroughly enjoyable afternoon, which was then followed by uncle James O’Shea’s well-attended 50th!