“Worth the Wait” – The First Team Match Report

The Keens Park Rangers first team maintained their good run of form against Lightwater this week. But they left it late before a flurry of goals really highlighted the difference in class.

They were not the only ones, however, as Tigger and East senior were held up in traffic and they missed the first goal – allegedly a nice move from back to front that was beautifully finished off by Seamus – of the afternoon.

This, as it turned out, must have been the only decent football of the half as the match deteriorated somewhat into a physical contest rather than football match. For the most part the referee did not have anything too serious to deal with, and he managed the game extremely well. Nevertheless, he was forced to book the oppositions number fifteen who turned – like his dubious haircut – the clock back to the late 1970s with a two footed challenge that rightly led to a booking.

Another Lightwater booking, and a half chance for Sam, were the only further incidents worth noting during the first half before the assembled supporters went on a trek to source a hot drink.

Having been dragged down to their level, the game also heated up somewhat, but quality football remained scarce. Captain Butler was – matador-like – teasing the opposition, but he’s certainly too good to be simply drawing fouls even if KPR retained the bulk of the possession. 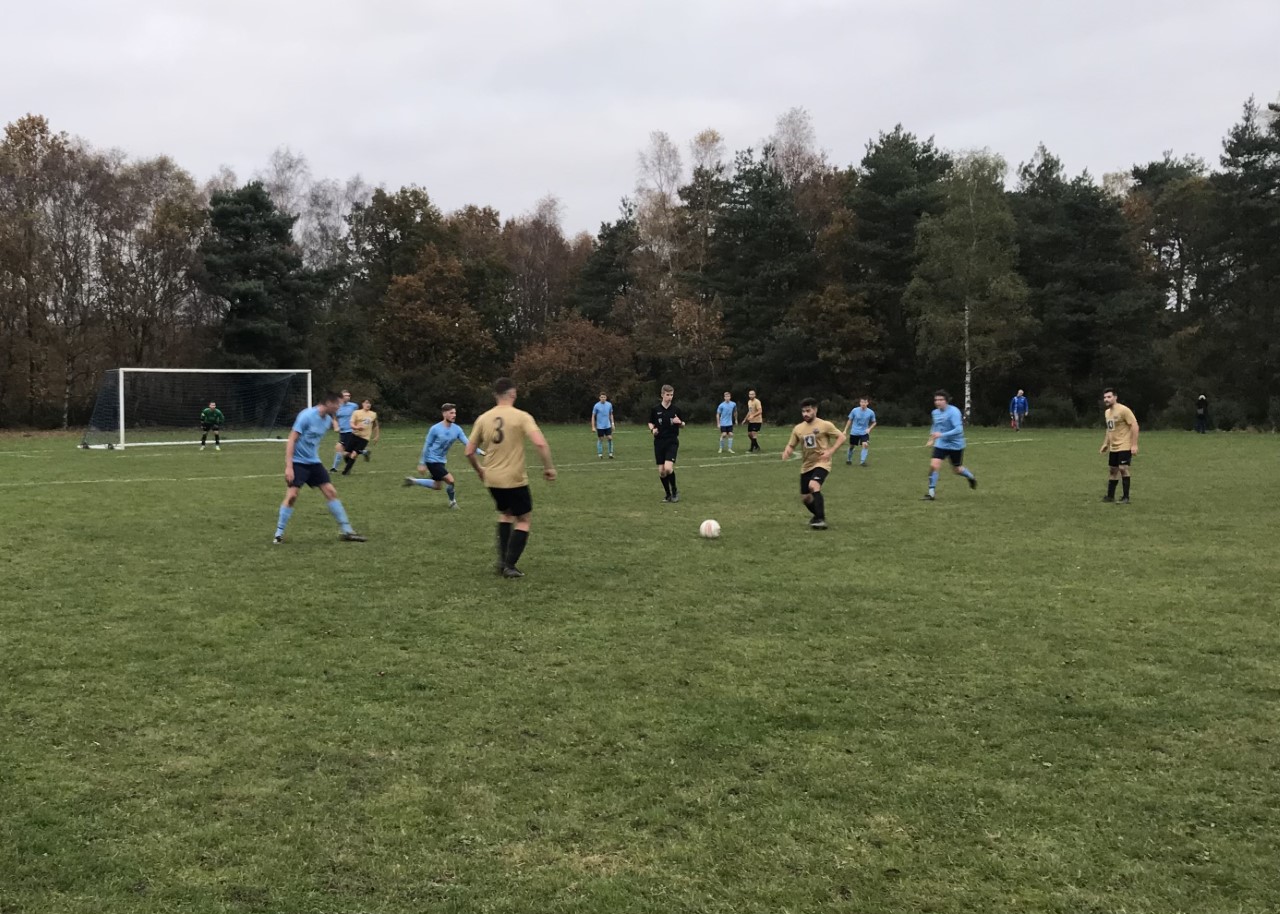 Was a dark day – for Lightwater certainly

Indeed, with both teams almost cancelling each other out, the supporters were getting a tad frustrated. It wasn’t as if anyone was having a bad game, but a change was required. Luckily for manager Gary he had a very strong bench, and it was goal scorer Seamus who made way for his son Luke.

The impact was almost immediate, although it was Woodsy, after some good play by Connor, who hit the crossbar before Luke was denied an open goal by a last-ditch intervention. Then, with Vic on for Connor, the pressure finally told and the second goal came after the opposition’s number fifteen foolishly attempted a ‘Cruyff turn’ at the edge of his own box. 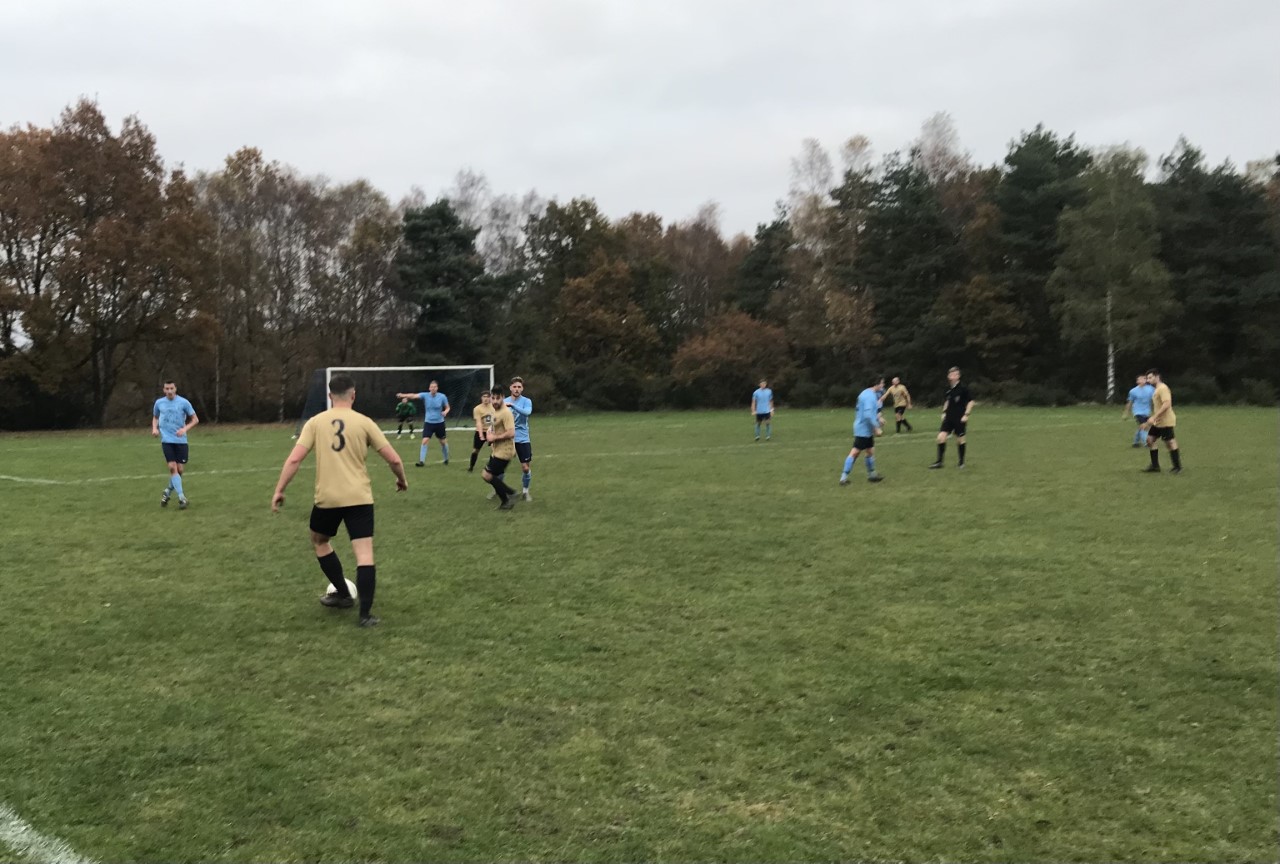 Hilariously, he only succeeded in tying himself up in knots and Woodsy nipped in and crossed the ball for Luke to nod in from close range after a failed attempt to clear the danger. Now clearly safe with a two-goal cushion, KPR were first to everything, and Luke was denied three times by the keeper in rapid succession.

There was little he could do about the fourth, however, after a sharp turn and curled shot into the far corner and the 23-minute hat-trick came after some good play from Victor gave him an easy tap-in from one yard out.

Rather than credit the manager, the ever arid El Boy cheekily suggested Luke’s earlier presence could have saved the supporters the agony of the previous 70 minutes. He may have been right, but he had barely finished speaking when yet another goal arrived. This time it was Luke who provided Vic with a lovely cross for what turned out to be an awkward finish from close range.

The opposition now having thrown the towel in, even the keeper (who was getting naff all protection) then let Luke in again having missed a clearance. That said, with Luke close to the touchline at the edge of the box, it was a difficult chance. But, given the afternoon he was having, it really was never in doubt, and he took the shot on early with a well-placed finish into the far corner. 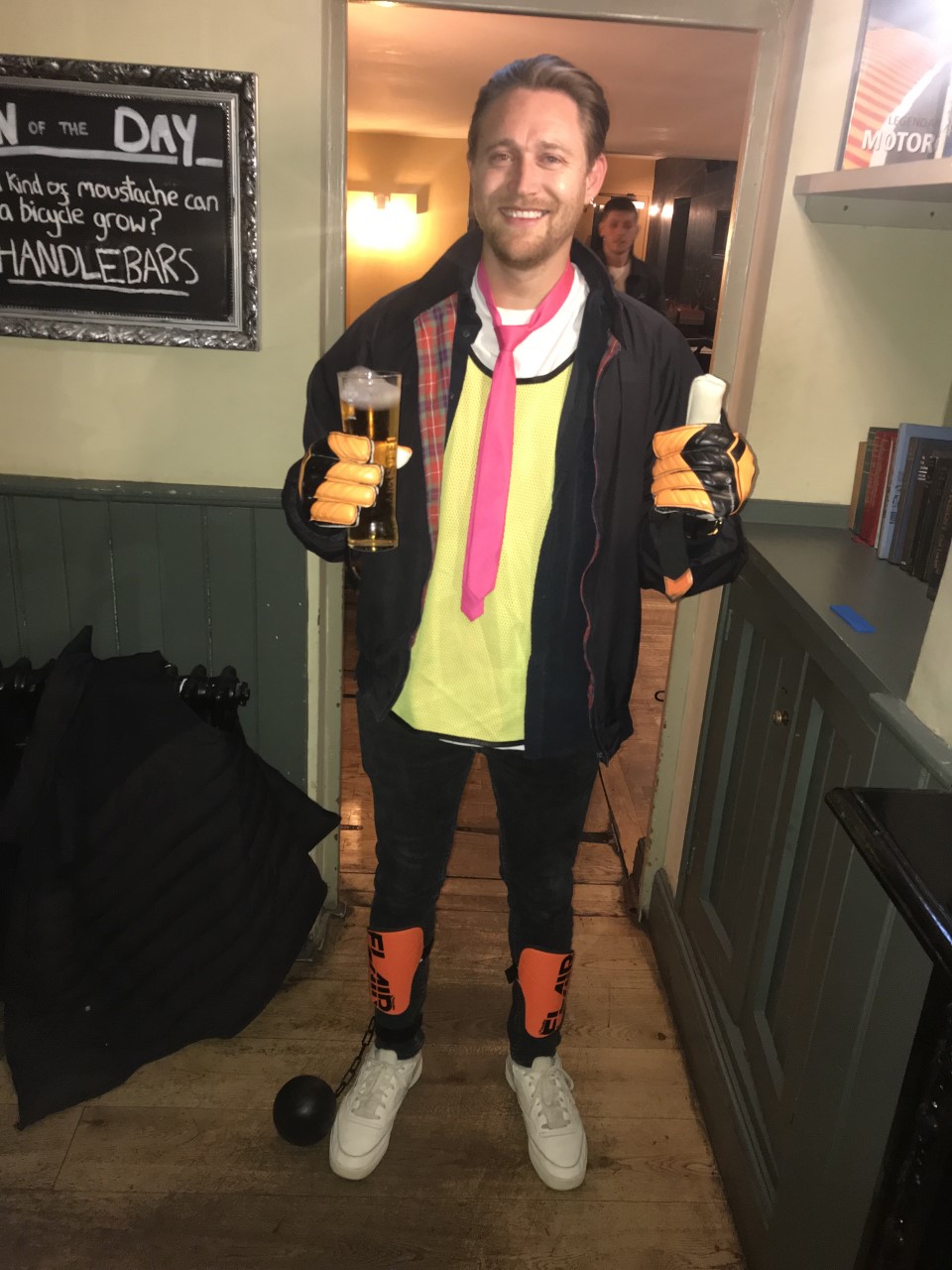 Dick of the Day (thumbprint not visible)

An incredible last half-hour to be sure, I think Luke may well be starting next week. But it was, once all the nonsense had been dealt with, another quality footballing performance.