A keenly fought contest between the ressies and the students ended up all square at a fortress Pyrford bathed in glorious sunshine.

With certain events leading to a change of kick-off time, managers Liam and Callum had been scratching around for a side, and it showed during the opening exchanges with keeper Tom called into action.

Then, without really demonstrating much in the way of industry, the ressies had two half-decent chances. The first fell to roving defender Jake Ladd, but he misplaced his header. The second fell to Liam and he even managed to get the ball into the net. But it was a fairly obvious foul on the keeper and was disallowed. 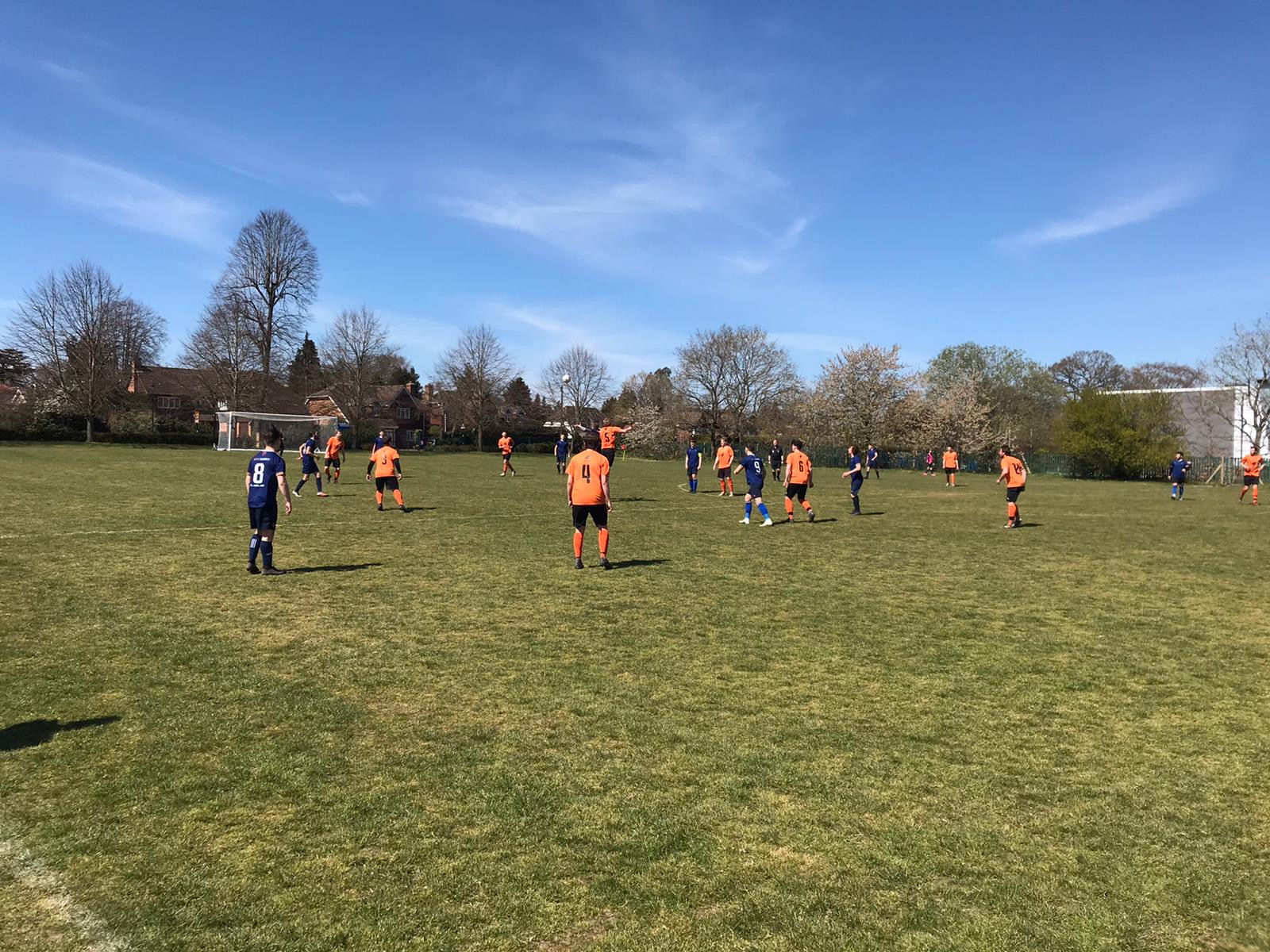 It was then back to business for the opposition who manufactured a number of chances. One came from Captain Chinga failing to leave terra firma in attempting a header. They then placed one shot over the bar and then another just wide from the edge of the box. The game was pretty uninspiring at this point, but it was about to go off like an unwelcome 41-gun salute.

Still under the cosh, man-of-the-match James had done an excellent job of tracking down the opposition’s rather pacy forward but instead of the goal kick, lino Gary initially signaled a corner. Changing his mind didn’t help and it was all too predictable that they scored. Typically, you could have heard a pin drop, when a decent shout was required.

The goal – after some bickering – seemed to wake the ressies up a bit, and some pressure led to a corner that was nicely finished by Kearo with a diving header. And then things got even better following a substitution. Mid-week hero Dan Way came on for Chinga after he popped his Achilles, and the difference was immediate as he scored from the edge of the box beyond the keeper’s outstretched arm.

Ahead at half-time, things were looking good for the ressies and they ought to have got better had Olly not missed a sitter from inside the six-yard box. Regrettably it cost them as the opposition scored an very decent equalizer after some good individual play.

Although the game could have gone either way at this point, it was the University that ought to have gone well ahead, but they squandered at least three very good chances before the ressies then squandered two good chances.

The best of these fell to substitute Vic who missed a gilt-edged chance (INSIDE THE SIX-YARD BOX YET AGAIN). The profligacy was contagious. Two further chances for them notwithstanding, at least Liam forced a save after some decent build-up play. 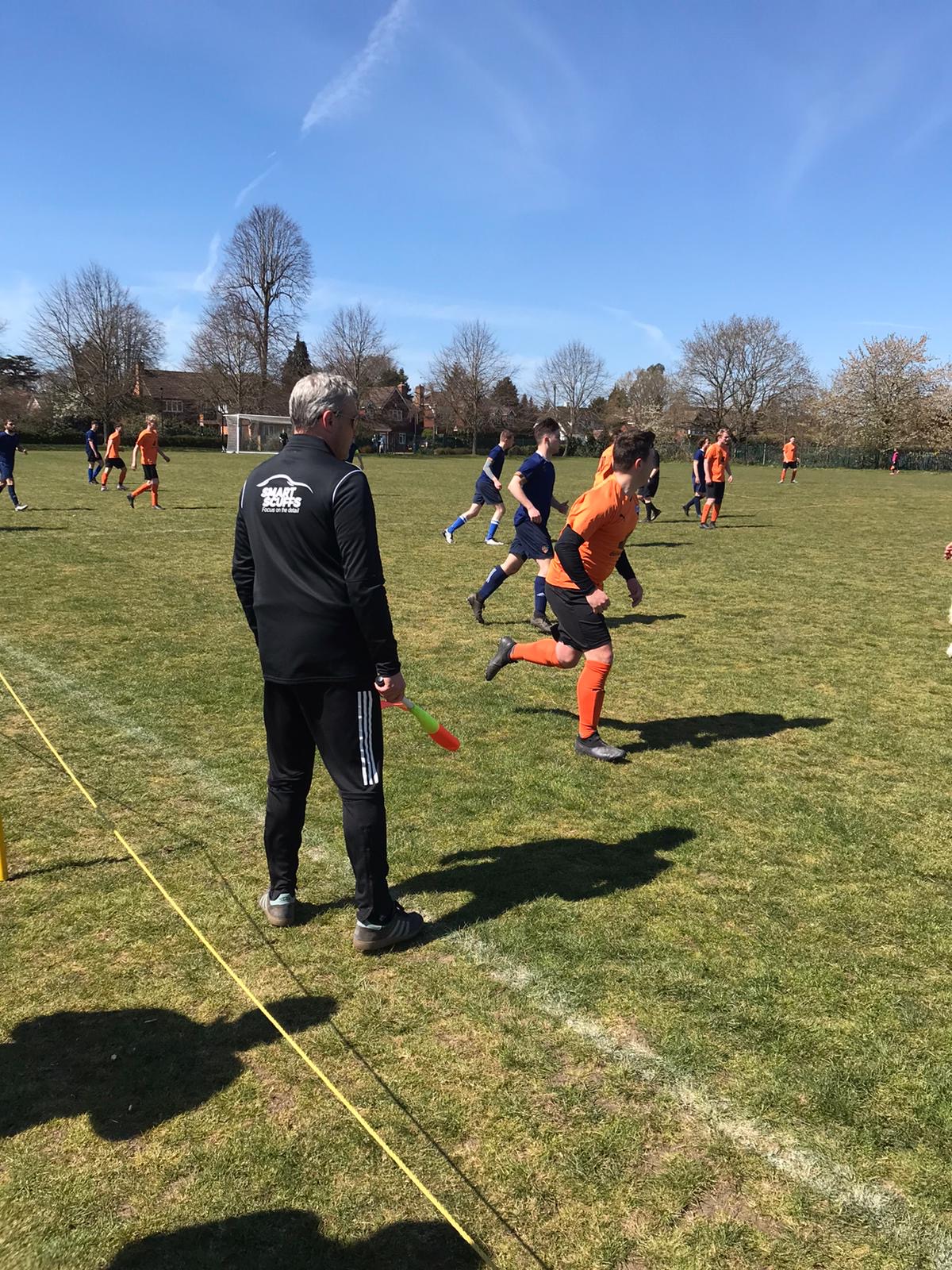 Then, mercifully, the substitutes combined for another goal for Way from the edge of the box. They should have scored, but the ressies were grateful to Kearo for cleared a header off the line.

Having done so, the ressies were exerting all the pressure and were almost over the line themselves until the referee awarded an innocuous free kick just inside the opposition’s half. Well into injury time, all the ressies needed to do was clear their lines and keeper Tom did the right thing in calling for the ball almost immediately.

The ball still had a very long way to travel, however, and as much as he got to it, the ball slipped out like one of Prince Phillip’s racist slurs leaving one of the students with the easiest of finishes to claim the equalizer. 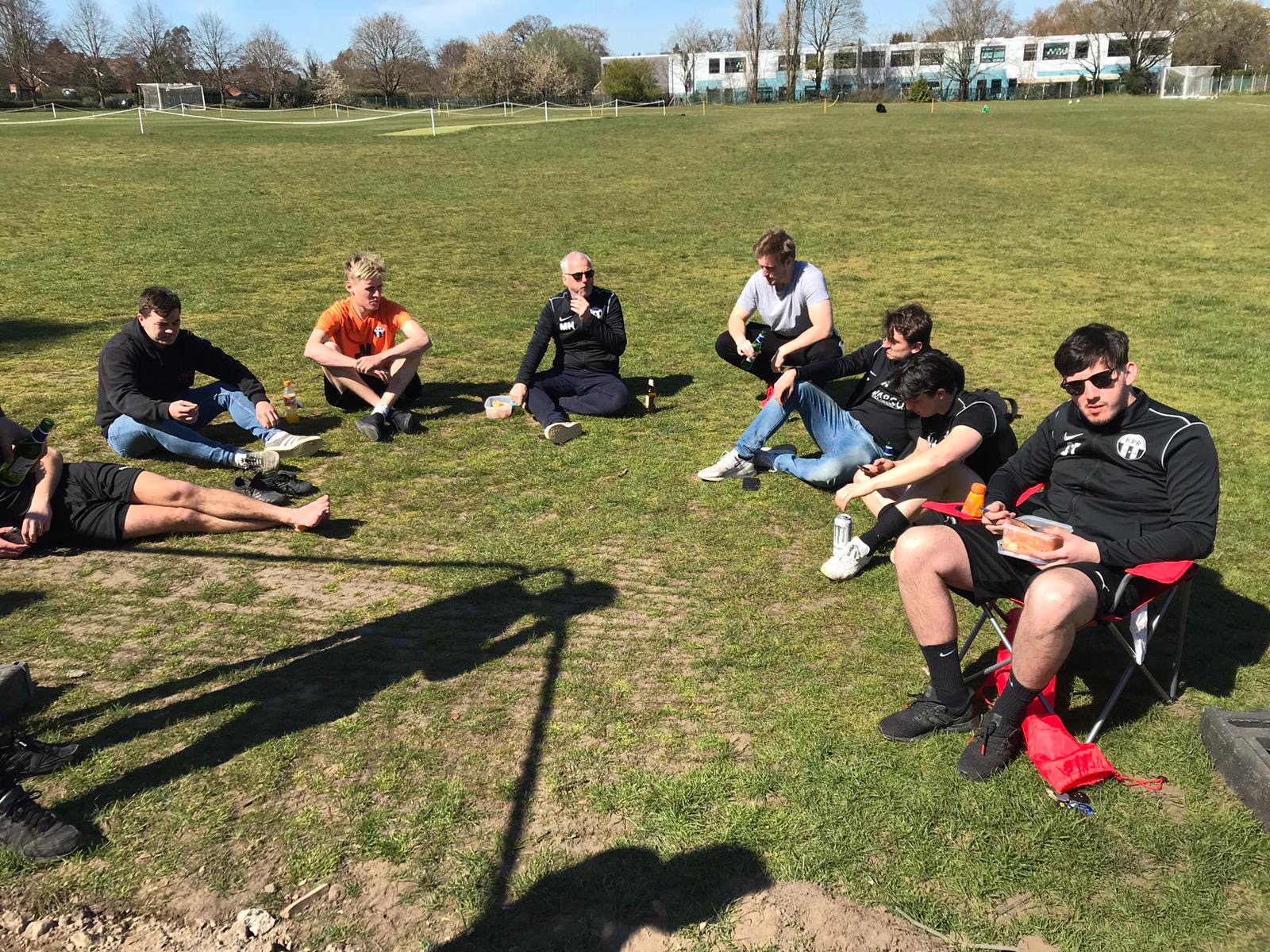 Disappointing as it was, the result was certainly a fair one. Let us hope – when the world returns to normal – the ressies get back to winning ways!