After a dire performance on Saturday, the ressies bounced back in this, the first of many mid-week fixtures, against high flying Hambledon. It was, in the end, a decent performance, but it is likely that ‘the Dons’ will be feeling slightly disappointed having dominated the play for the bulk of the match.

Indeed, the writing on the wall was less than encouraging as the ressies barely got a look in for the first five minutes. If the Alamo sprang to mind, the first to fall victim was Tom ‘Davy Crockett’ Coles in goal.

A half-decent, but unassuming, through ball enticed him off his line, and had he committed he’d have probably got there before the attacker, but he was not so much in two, or even three, minds, but personalities!

A shame as it was to go behind, it seemed as if matters would get much worse during a first half entirely dominated by those pesky ‘Donbreros’. Some risky play across the ressies own penalty area aside, the ressies were able to retain decent possession in the midfield. They were, however, unable to replicate this in the oppositions final third. 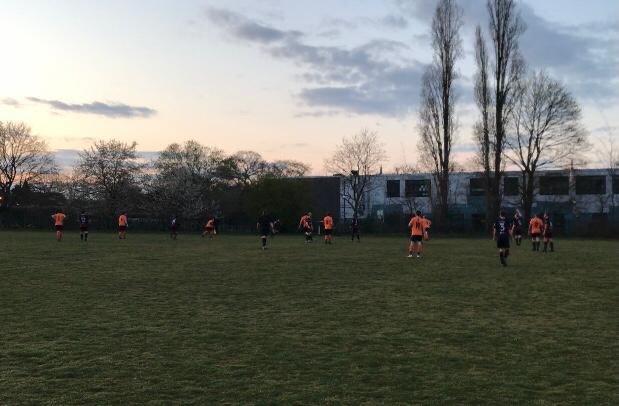 The ressies achieved their first corner after half-an-hour, but all the chances fell to the opposition. The ressies may have nearly scored from the corner, but that was only after a defender fluffed his clearance just wide of his own net, and the opposition winger ‘Speedy Gonzalez’ then hit a post and the crossbar before the referee called time on a shotless half for the ressies.

Surely, even James ‘the knife’ Bowie and William B Travis got a few off before carping it at the Alamo? And yet, the talk on the touchline was if the ressies could get to half time only one down, they would get something out of the game.

This, as it turned out, proved correct despite the second half resuming much the same pattern of the first. Nevertheless, with the slope now on their side, the ressies raised their game and they equalized after what first team manager Nico called a “monster header” from Tommy was seized upon by Dan Way who brought the ball under control before unleashing a delicious shot that went in off the far post. 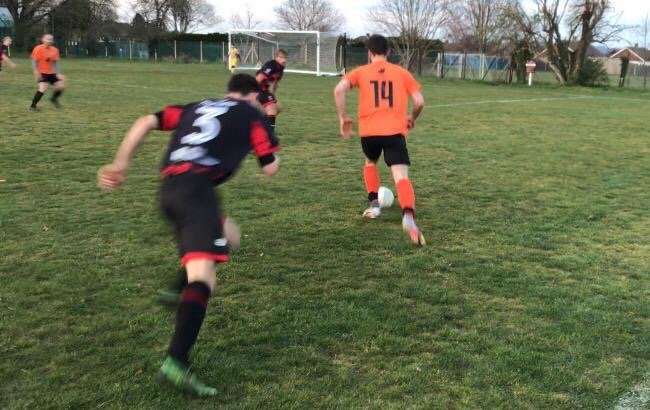 Instantly, anyone’s match the game now swung back and forth. The opposition may well have retained the bulk of the possession, but some rock-solid defending blunted most attacks. A few changes, that included Tommy playing three different positions and Woodsy replacing co-manager Liam up top, appeared to instill new impetus in the ressies.

Chances were, all of a sudden, becoming a regular feature, but Tommy and Woodsy both failed to make any decent connection with the ball. Midgers also had a half chance, before a free kick from all of 40 years by Dan went very close!

The opposition now appeared the more nervous of the two sides but, try as they might following a flurry of corners in the fading light, the ressies could not quite pull off the win. Had they done so it would have been a little harsh on a very capable opposition, but a draw keeps the ressies in the hunt. Let’s hope they can overcome the university this Saturday! ¡Arriba, arriba! ¡Ándale, ándale!