Despite piled on the pounds over the enforced mid-season break, the ressies emerged victorious over Guildford United. As for the fringes, both sides (and the ref) desperately need an appointment with some clippers!

Once they’d all sorted out their hair bands the game itself got off to a very positive start for the ressies. George Searle in particular made a good start as the ressies dominated play. Territorial advantage did not necessarily mean any clear attempts at goal, however. After so long away it was clear the players were acclimatizing, but Kempy did manage a half-chance.

For the most part the game was played in the midfield and there was a clash of heads, that could have been a good deal worse, before the ressies took the lead after a bright bit of play sent manager Liam Harrison galloping down the right. A well-judged cross then led to an easy finish from Kempy who only had to pass it beyond the tabard-wearing keeper.

If the pre-match warm-ups were a guide, the opposition were the more serious / fitter of the two teams and, sure enough, they began to grow into the game. Adam East in particular was having a torrid time at right back as he was up against a mustachioed military ‘PT’. 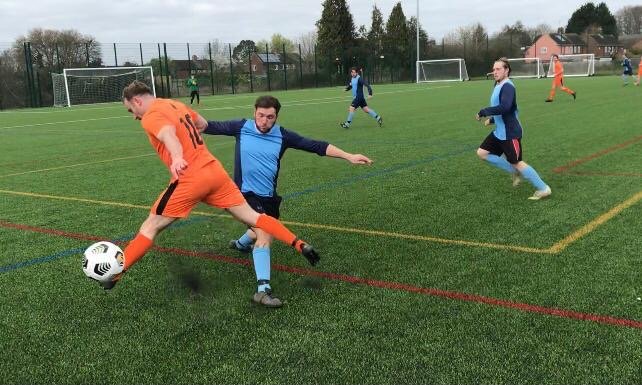 It was far too early to say the game was stretched at this point, but the ressies were clearly having a wobbly period where they lost all impetus. Unsurprisingly, the pressure eventually told after more progressive play down the oppositions left wing. Indeed, Tom pulled off a brave block at point blank range, but some uncertain defending from the resulting corner led to a scrappy equalizer at the far post.

Having resorted to long balls, the ressies attacks were being swept up easily, but one of the resulting throw-ins did lead to a good chance for Midgers, but his first-time shot was well saved by the keeper.

Both keepers were having good games and the ressies were grateful to Tom for at least three more good saves, but there was precious little he could do about their second goal after another cross from their left wing was tapped in at the far post.

Given the balance of play, 2-1 down at half-time wasn’t a disaster and the instructions – if more than a little sweary – were clear. Mercifully, the lads have adapted to Liam’s Tourette’s and the second half began much like the first with the ressies dominating the ball. Although captain Callum Toone was man-of-the-match, and substitutes Johnny and Alex O’Shea had slotted into the defence nicely, it was the canny use of the rolling substitutes that proved the catalyst for the ressies recovery.

All of a sudden it was the ressies that had all the energy. Midgers was putting in a superb shift, and this was matched by Johnny O’Shea and some delicious passing from Jack Lacey. That said, everyone was doing their bit very well (until Connor tried a ridiculous first time cross with the outside of the wrong foot?). Nevertheless, it was the opposition keeper who was shaping up for man-of the-match with three excellent saves either tipping the ball onto or over the crossbar. 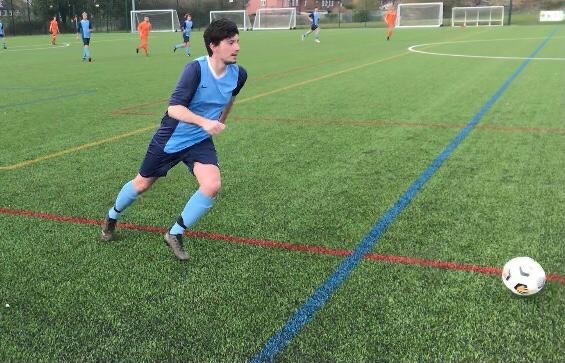 The last of these led to a corner that fell to Alex O’Shea who, this time, conspired to hit the crossbar directly from a sweetly struck effort. Would it ever go in? Well, we had our doubts, especially as the ball fell at the feet of Chinga, seemingly all alone in a rapidly emptying box. The keeper on his backside, he could not miss, and he wheeled away in celebration only for the linesman’s flag to be raised.

Referee Webb was well placed, however, and he gave the goal. Finally, the pressure had paid off, and it reaped further dividends after Johnny’s instantaneous closing down led to a third after Kempy slotted a well-placed effort in off the far post.

Cock-a-hoop, the ressies really ought to have added more but a combination of fatigue, good keeping, poor placement, and some serious jug-evasion from Kempy denied the ressies the much-needed two goal cushion.

In the end, the final minutes were played out without too much drama before the ref called time on a very enjoyable match. A really good effort all-round, the ressies are still in with an outside chance to lift the league title denied them last year.