“A good day at “the office”” – The Ressies Match Report

After last week’s mixed bag of performances, the Ressies were, to a man, excellent in defeating a strong Chiddingfold in what could have been a very tricky fixture.

As seems traditional these days, both teams got off to a slow start, but it was ‘Chidd’ who got on the front foot first by exploiting their pace. Chinga, in particular, did not appreciate this and you could almost see every unit of Friday’s alcohol consumption in his bloated features as he vainly tried to keep up with what must have looked like irritating red blurs. 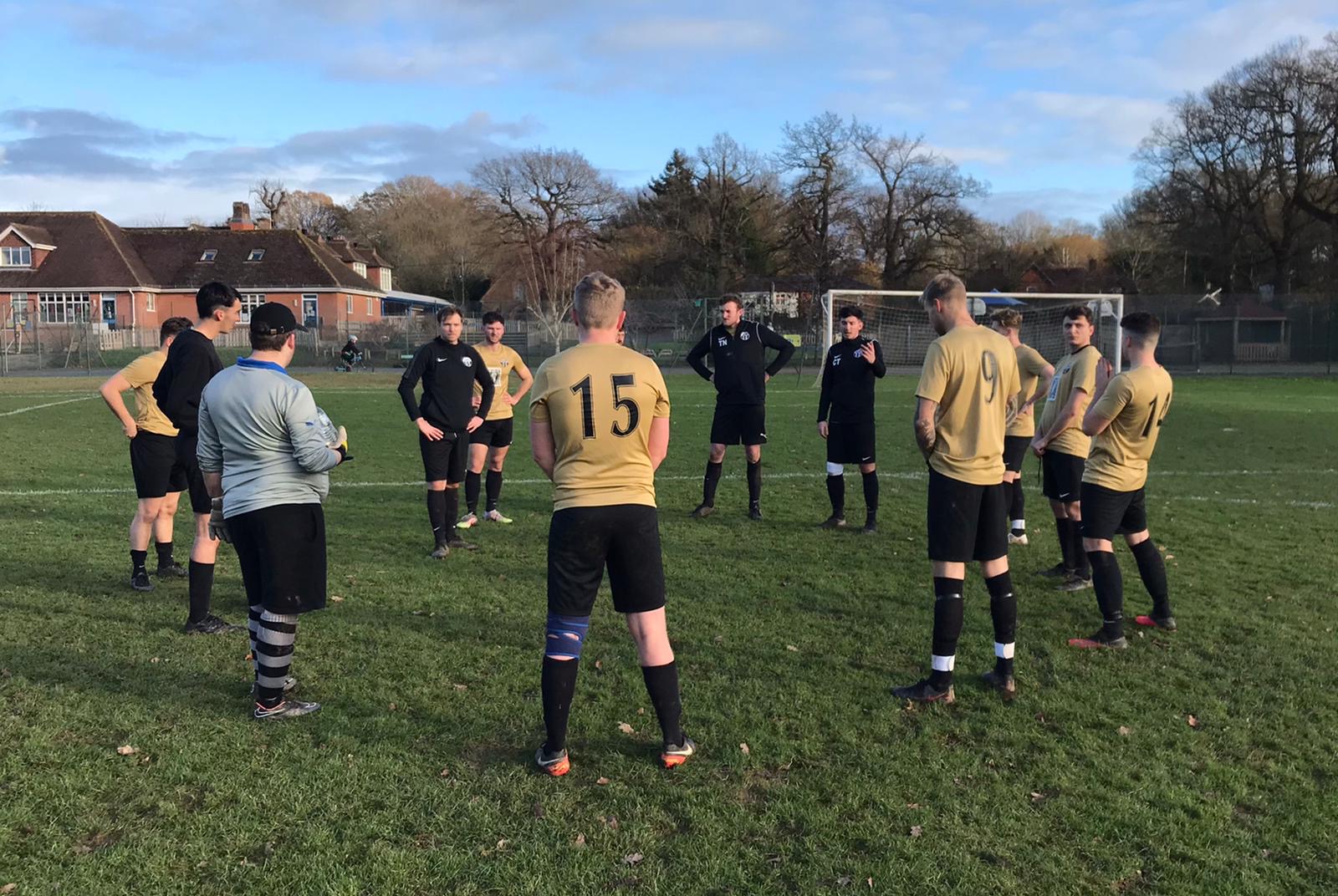 The back four had their hands full, and the midfield were forced to help out in what was an increasingly congested final third. Although most welcome, what looked like a timely intervention from Fred McMillian teed-up a Chidd player for the first chance of the game. Without thinking the opposition player hit a terrific first-time shot that looked destined for the top corner until the Walrus in goal appeared to take flight and acrobatically palmed the ball over the bar.

The ressies hadn’t heeded the warnings and there was very little the Walrus could do moments later, and the opposition took the lead after possession was given away cheaply in midfield by Tommy. While it may not have been one-way traffic, the ressies had not heeded the warnings and they were grateful to the Walrus, once again, for saving a clear one-on-one. 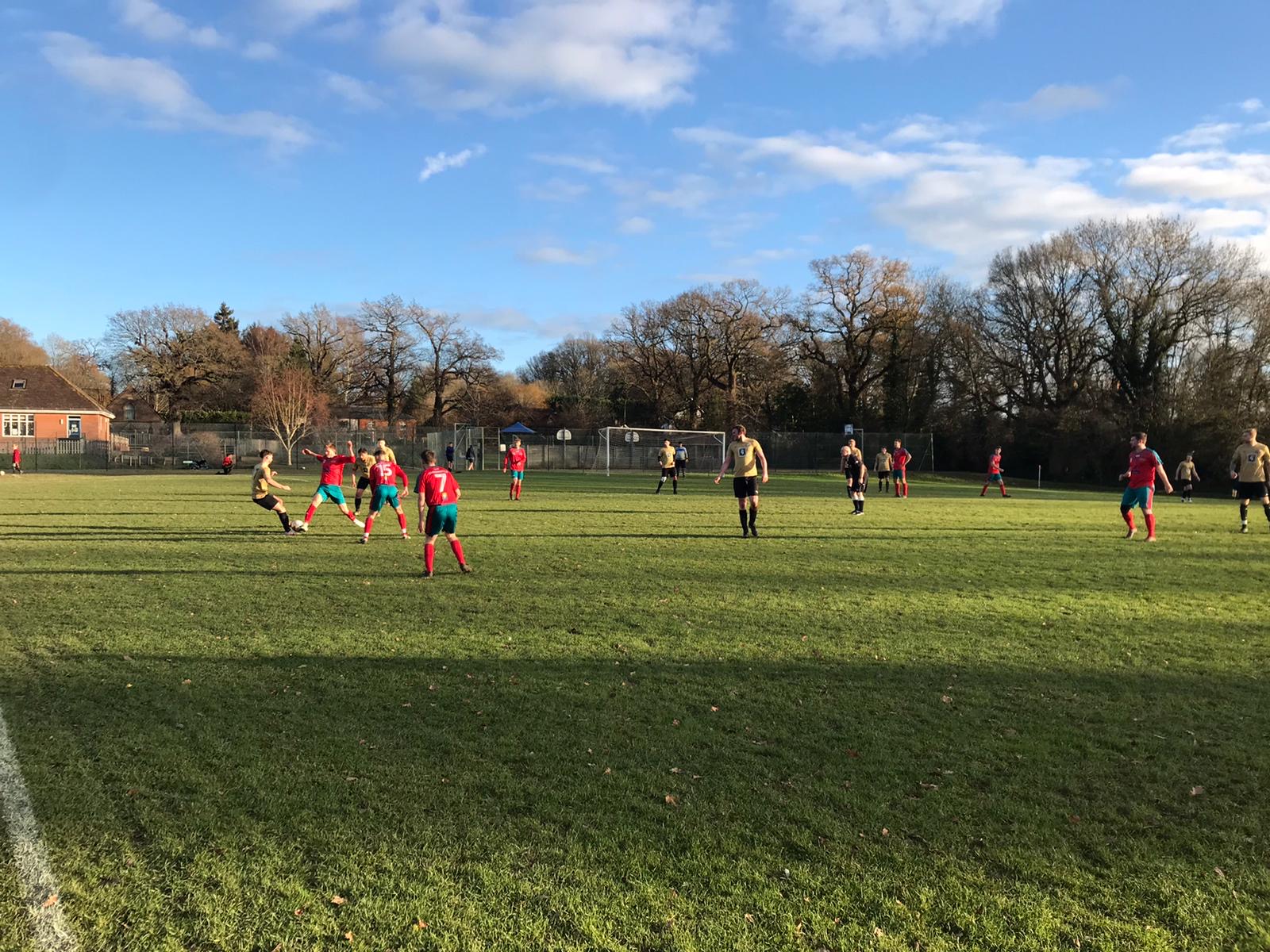 Mercifully, the ressies woke up at this point and soon had a fantastic opportunity to score until Fred, with only the keeper to beat, collapsed in a heap as if he’d been upended by Fulchester Rovers invisible striker Johnny X! Not to be denied, the ressies got the equalizer after a superb ball from Tommy forced the defender to head onto his own bar, before Fred headed in the rebound.

Having finally gained what looked like the upper hand, it was this point that Chinga was invited to step into the referee’s “office” for complaining that the referee wasn’t being “consistent”. As it happened, the referee was having a better game than Chinga but, having had his talking too, he began to do justice to captain’s armband he was wearing. 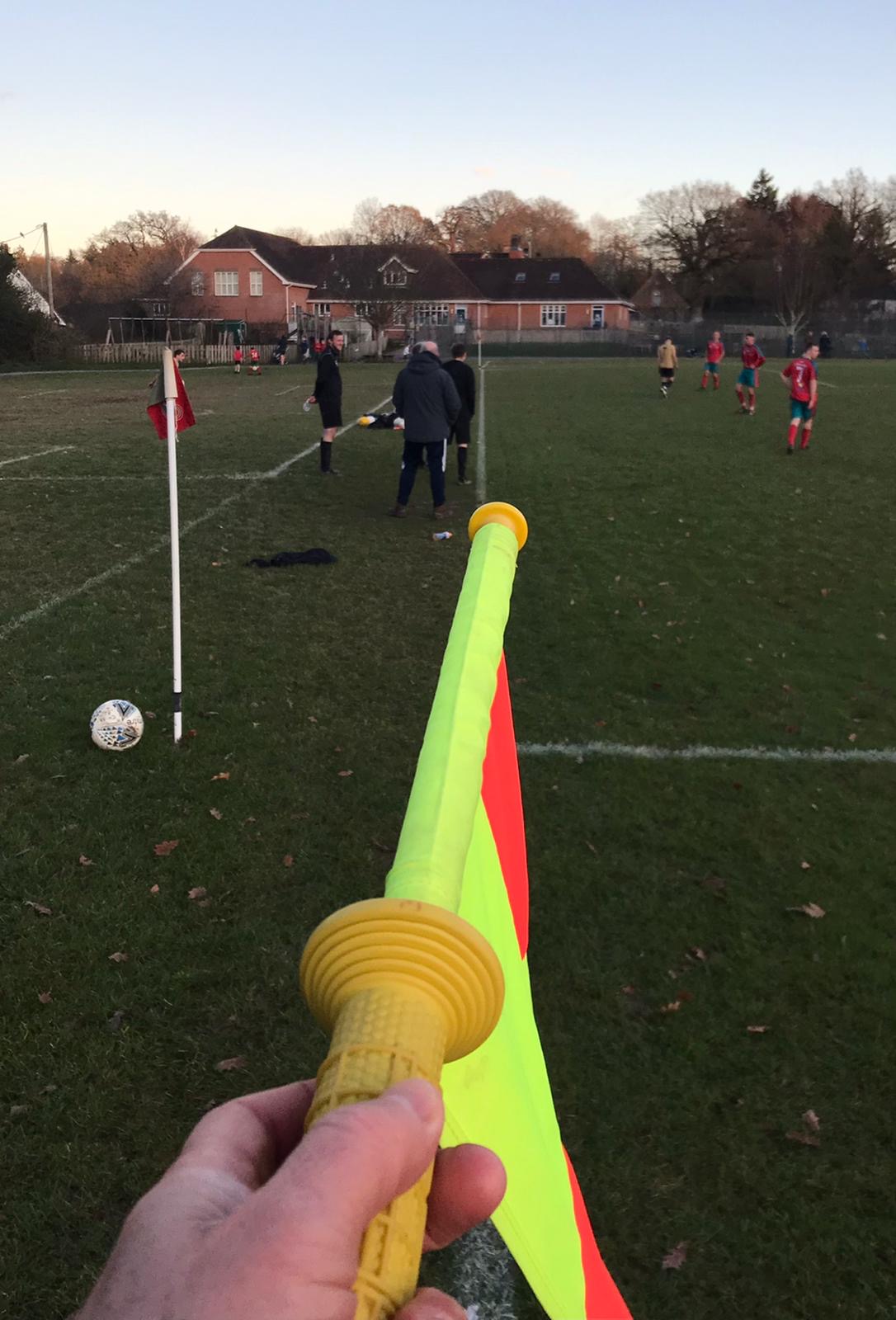 That said, it was Dan Trowse up front who was really leading the way, and he fully deserved a share of the man-of-the-match award with James Kear for dealing with the game’s physicality and linking up the play all afternoon. Indeed, he was poleaxed just after releasing the ball that led to the ressies second from Midgers who, despite giving the defender a head start of some five, or more, yards, burst through the middle of the pitch before confidently finishing the resulting one-on-one well to the keeper’s right.

It was now the opposition’s defence that were struggling, and the relentless pressure led to two fluffed clearances and a block from Dan that player-manager Liam struck towards goal. Liam was unlucky as the ball hit the crossbar, but Fred was, once again, there to snaffle the rebound.

Although the scoreline suggested things were comfortable, the Walrus had to produce another good save before half time, and the early stages of the second half involved a resurgent opposition laying siege to the ressies penalty area during a frantic period of play that was even exhausting to watch (a bit like reading that sentence). 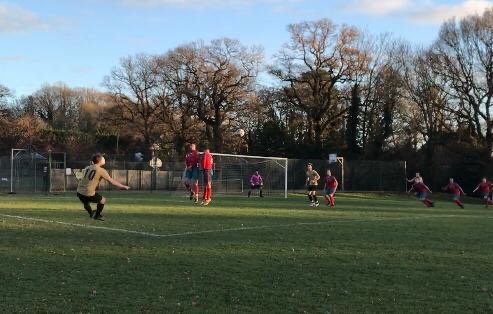 Bodies were being put on the line. James and George, in particular, appeared to be relishing the challenge, but three players, including Liam, had to go off with injuries, whereas Tommy, who had been drinking with Chinga, simply ran out of puff. As both sides had strong benches, the balance of play altered little and the keepers, despite some unorthodox ‘sweeping’ by the Walrus, were enjoying some respite while the midfields went at each other with gusto.

And yet, the opposition seemed to have run out of ideas, and the ressies, beginning with the back ‘five’, began to dominate again. In control at the back, Midgers exemplified the physicality of the midfield by showing strength and determination to rob possession in midfield before substitutes, Eddie and Olly, combined to allow the latter to score a well taken fourth inside the near post.

There should have been more, before and after the ressies conceded a disappointing second (own goal for Jamie sadly), and the last chance of the game fell to the returning Tommy, but he placed the ball wide with the last kick of the game. A good day at the office, the ressies remain in the hunt.