“When the levee breaks” – The Ressies Match Report

The rain and wind may have battered Fortress Pyrford this week, but the it also rained goals as the ressies good play of the previous two weeks finally reaped the reward it deserves.

Strangely, the opening moments were the scrappiest of the season. Neither side could really settle, and yet the ressies – playing with the wind in the first half – had a good chance to score from a long throw, but Midgers placed the ball over the bar. 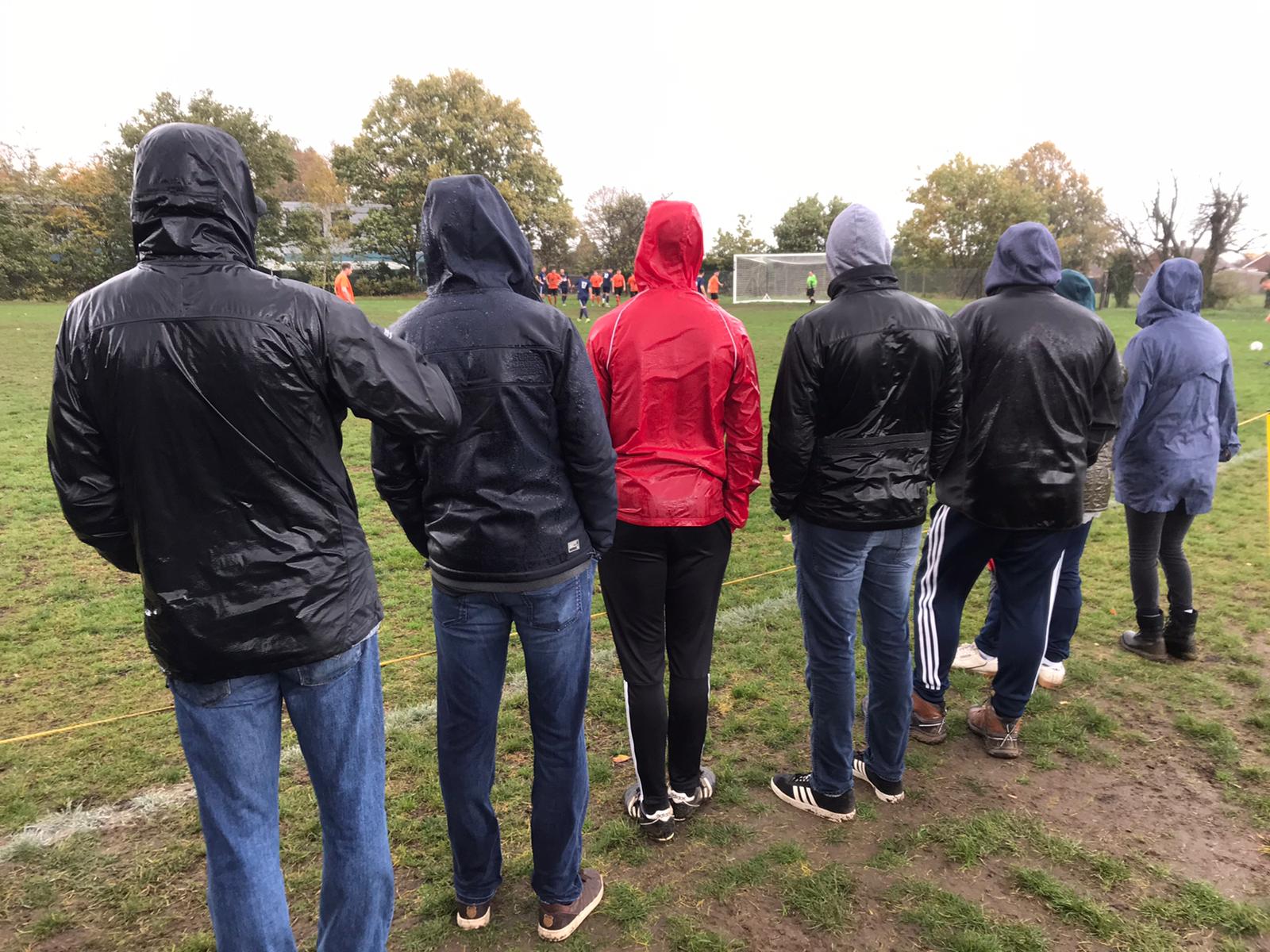 Nice day for it

This was, however, to set a familiar pattern and it was all ressies from then on. Liam Harrison had a good chance inside the box before he combined with Tommy Newell to force a rushed defensive back pass that was, essentially, the first attempt on goal.

This pair combined again moments later, but Tommy utterly fluffed his lines in attempting a first time shot when he had time and space too spare. Tommy was, nevertheless, seeing an almost ridiculous amount of the ball and he nearly scored a header from the corner that he forced moments earlier.

He was certainly better off using his head as his first touch was almost comically absent. H on the touchline pondered if he’d put his feet on the right way round, but it was Adam East who was struggling with his boots that had split. This didn’t stop him from throwing his weight around in typically robust style and he nearly took H out after one lunge.

Determined to score Easty was attempting shots from all angles and after one goal-bound effort was blocked by a defender’s arse a shot from some 30 yards went just wide. This summed up the half as chance after chance was either just wide or, when on target, straight at the keeper. For all their dominance, nil-nil at half-time led to minor concerns the lack of goals in previous weeks was going to cost the ressies dearly once again, and the second half began in much the same manner.

Only the opposition’s keeper, and their rather trigger-happy lino, really featured for the opposition. Tommy failed to bother the former with his own effort from distance, but Midgers did having delighted and frustrated in equal measure after a strong skillful dribble down the right resulted in a weak shot with two ressies unmarked in the box.

Tommy did eventually force the keeper to make a proper save, but the ressies were soon grateful to the Walrus who pulled off the save of the match after a good volley from a free kick. Without a goal, this warning made the supporters a little tetchy, and matter got – we thought – worse after Tommy tweaked a hammy and left the field.

We needed of worried as it turned out for substitute Dan Trowse immediately picked up where Tommy left off. Actually, that’s unfair because Dan proved to be a little more effective and he forced the corner that led to the first goal for Liam. 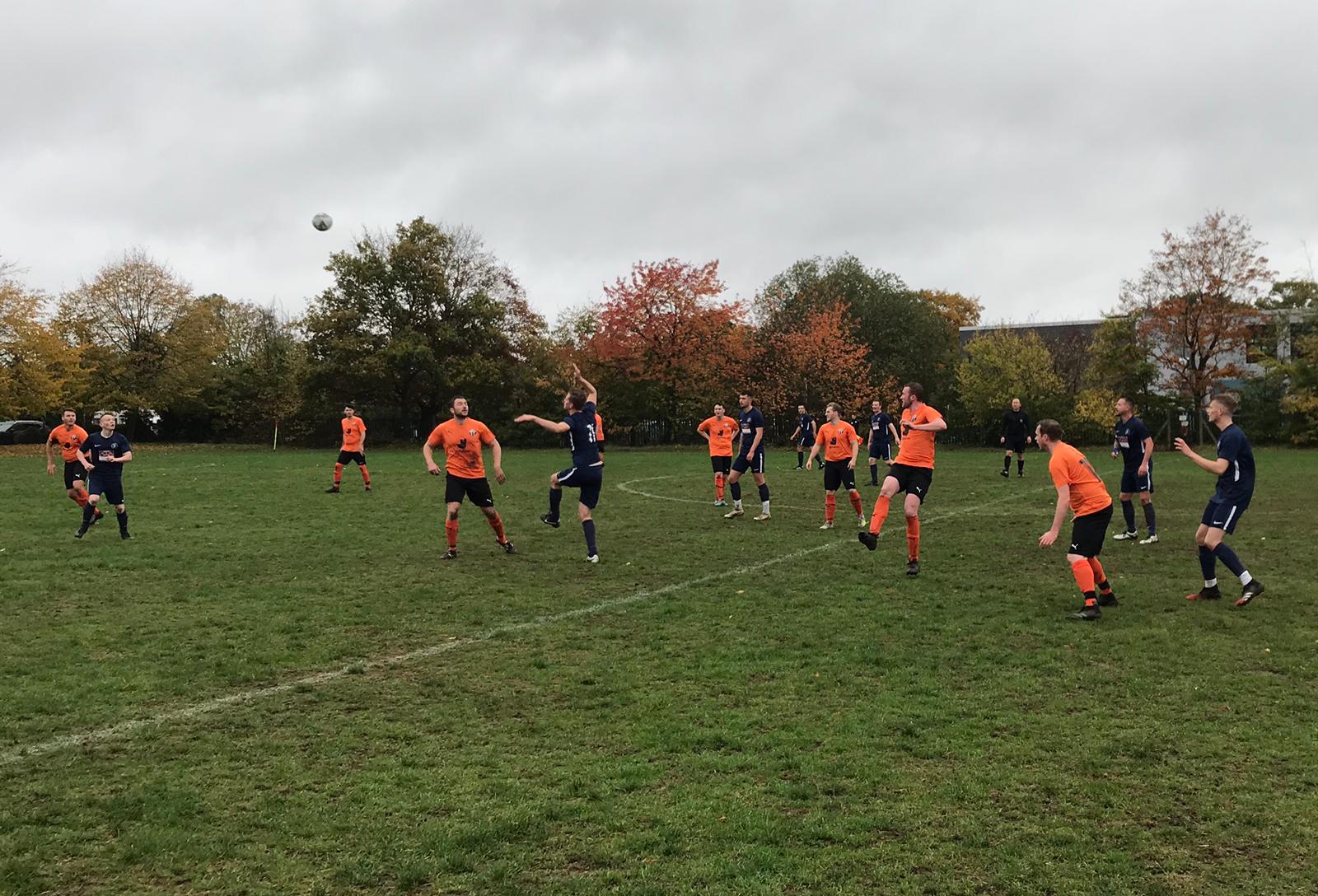 It may have been a toe poke – the ressies would have taken anything at that point – but once the first goal went in it looked as if the flood would come. Fred McMillan got the second after strong play from Dan and Dan should have got one himself had he been able to keep his knee over the ball.

Liam, in doing an impression of a shy turtle, then missed what should have been an easy header after a delicious delivery from Fred. Feeling a little more comfortable the final two substitutes were made, and both did very well – even if the third goal proved elusive.

Fred burst through again and squared the ball into a box occupied by no less than five KPR players and yet it bypassed all of them! The head scratching may have continued, but it was Chinga scoring a wickedly dipping volley from outside the box that was the cause.

The three-goal cushion proved to be all too comfortable, however, and the Walrus went walkabout again. Unlike his entertaining ‘attack’ two weeks ago, he ran into a bit of opposition traffic and gave the ball straight to one of their players. Mercifully, it amounted to nothing and the game was soon put to bed with what was (on a split decision – sorry Chinga) the goal of the game. 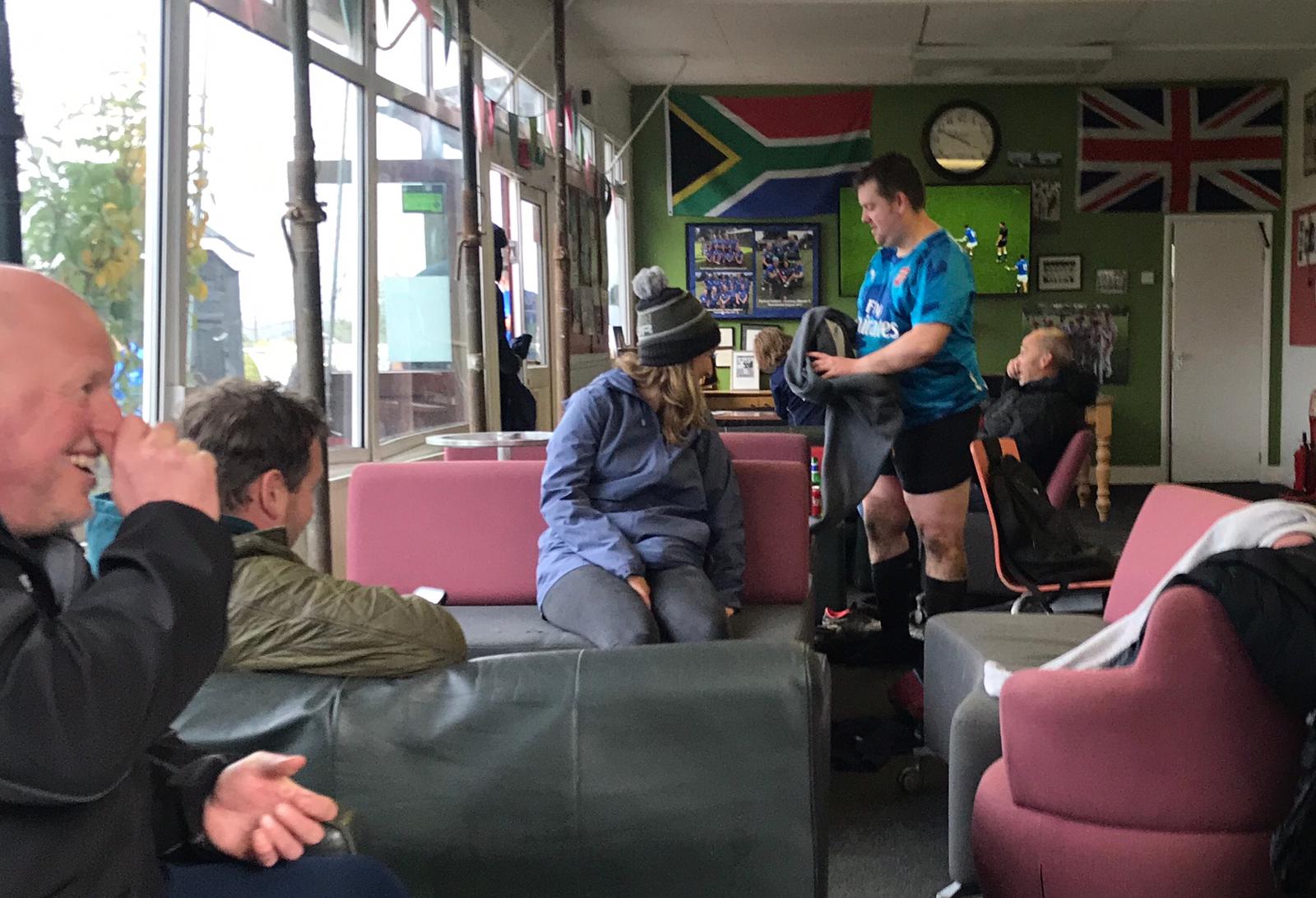 Substitute Jamie Hunt demonstrated patience down the right and, seeing there were no options in the box, passed the ball back to the oncoming Jack Lacey in midfield. A good touch later, Lacey unleashed an unsavable shot along the slick grass that went in off the foot of the left-hand post.

There should have been a fifth, but James Kear did an all too accurate impression of Alex O’Shea by tamely shooting at the keeper after waltzing his way past the attention of three opposition defenders.

For all the attacking play, the ressies owed this luxury to a very solid defence and James Crouch was the deserved man-of-the-match. He nearly undid all his hard work after losing his footing but, in the end, the opposition’s consolation goal, with the very last kick of the game, came after a mistake from a rather knackered East.

While it was a shame to concede, the ressies had rediscovered their mojo. Let’s hope it keeps working in the weeks to come.