Man of the match: James Crouch

Despite dominating the match, the ressies succumbed to a frustrating defeat against Guildford United at, ahem, ‘Fortress’ Pyrford.

As in previous weeks there were enforced personnel changes at the eleventh hour, but these changes did not impact upon the good play demonstrated in previous weeks. The game got off to a very bright start and both sides looked more than competent, but it was the ressies who looked the most threatening. 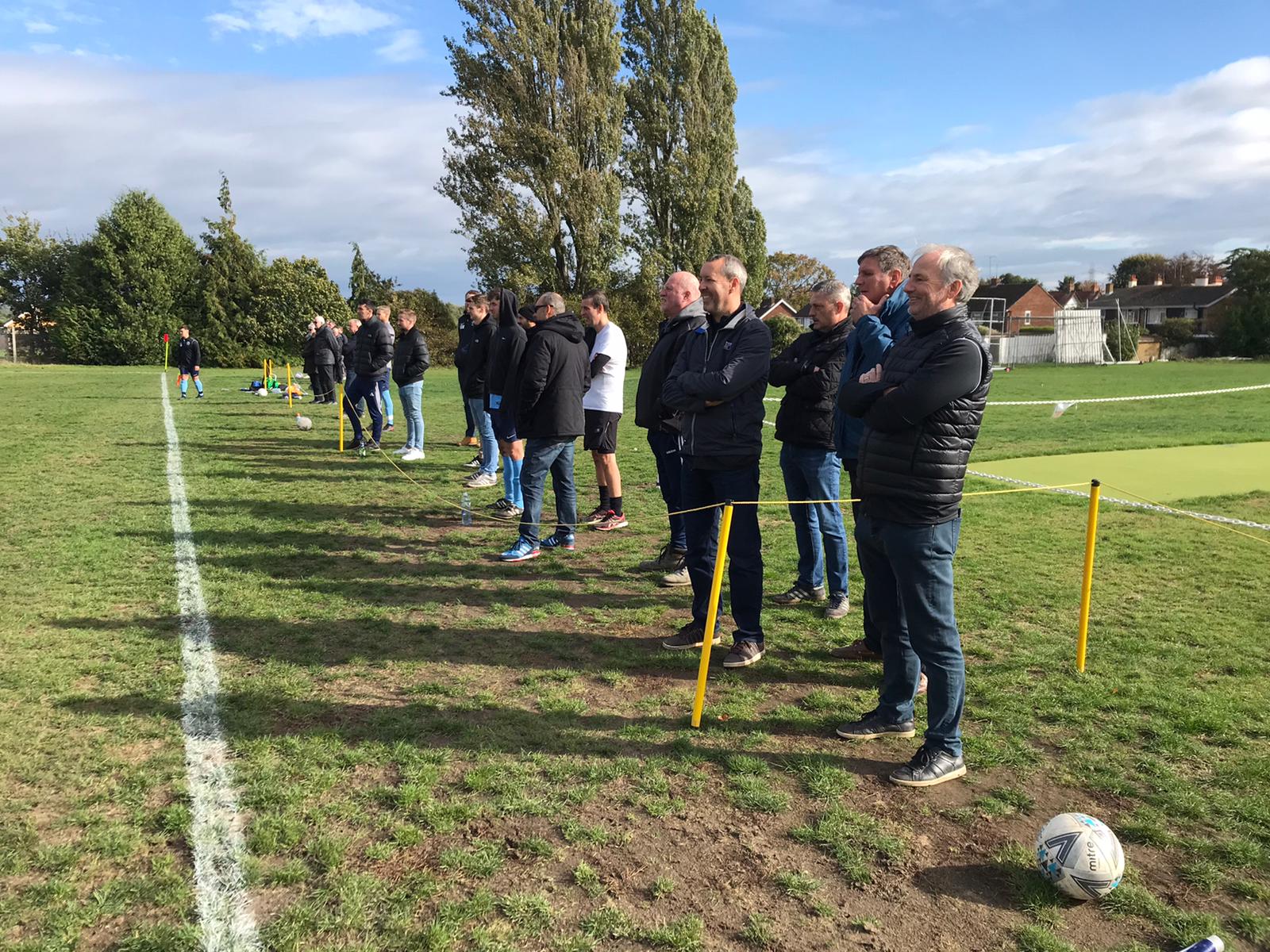 Jack Lacey had a shot saved very early on, and this was followed up by excellent play from Eddie Osbourne. But it was a strange decision by the referee to call back the play and award a free kick (certainly nobody on the touchline could recall any foul) that led to the first goal.

Sadly, the free kick had been awarded to the opposition. And yet, the fact it was some distance out did not seem unduly threatening. That remained the case all too briefly, and a direct shot hit the inside of the left post and rebounded invitingly into the six-yard box where the ball could have been stuck in by any one of three opposition players.

Given recent comebacks, going behind wasn’t a disaster, and such was the territorial dominance, the crowd remained confident more goals were to come. Indeed, after another series of chances Harrison senior exclaimed the game was likely to finish “7-6”.

Such a prediction was a little unkind to both defences, but the opposition’s especially as they did well to either cut out, collect, or clear any number of KPR chances. Regrettably, the ressies were squandering some of these chances all by themselves and the returning Midgers fluffed his lines after a delicious ball from Harrison before Eddie hit another over the bar, the keeper thwarted another chance, Fred forced another save and Harrison placed a free kick over the bar.

Midgers then missed an even better chance after Lacey outdid Harrison with a delicious pass in behind the defence, but the opposition always looked more capable of scoring and they really should have extended their lead. A free header was placed wide, and the Walrus in goal was required to pull off a really great save (after two more chances by Midgers and Rob Partridge) and they hit the post right on half-time.

Are we boring you Midge?

Any optimism of turning the game around was extinguished less than two minutes into the second half after a ressies free kick failed to beat the first defender. Two passes later the oppositions very pacey forward was leaving the birthday boy Chinga in his wake and his well struck shot gave the Walrus no chance.

Two-nil was a very different proposition and the first change was made with Connor Reeves on for Jake Ladd. Although Ladd was clearly disappointed, at least this may have saved him from a customary booking later in the match, Reeves more attacking style gave the ressies a new impetus.

But as much as the chances kept coming, they were not the gilt-edged opportunities of the first half with Chinga putting one just wide from the edge of the box. This is not to say the ressies were not playing good football, it’s just that the ‘play of the day’ came from the goalkeeper!? 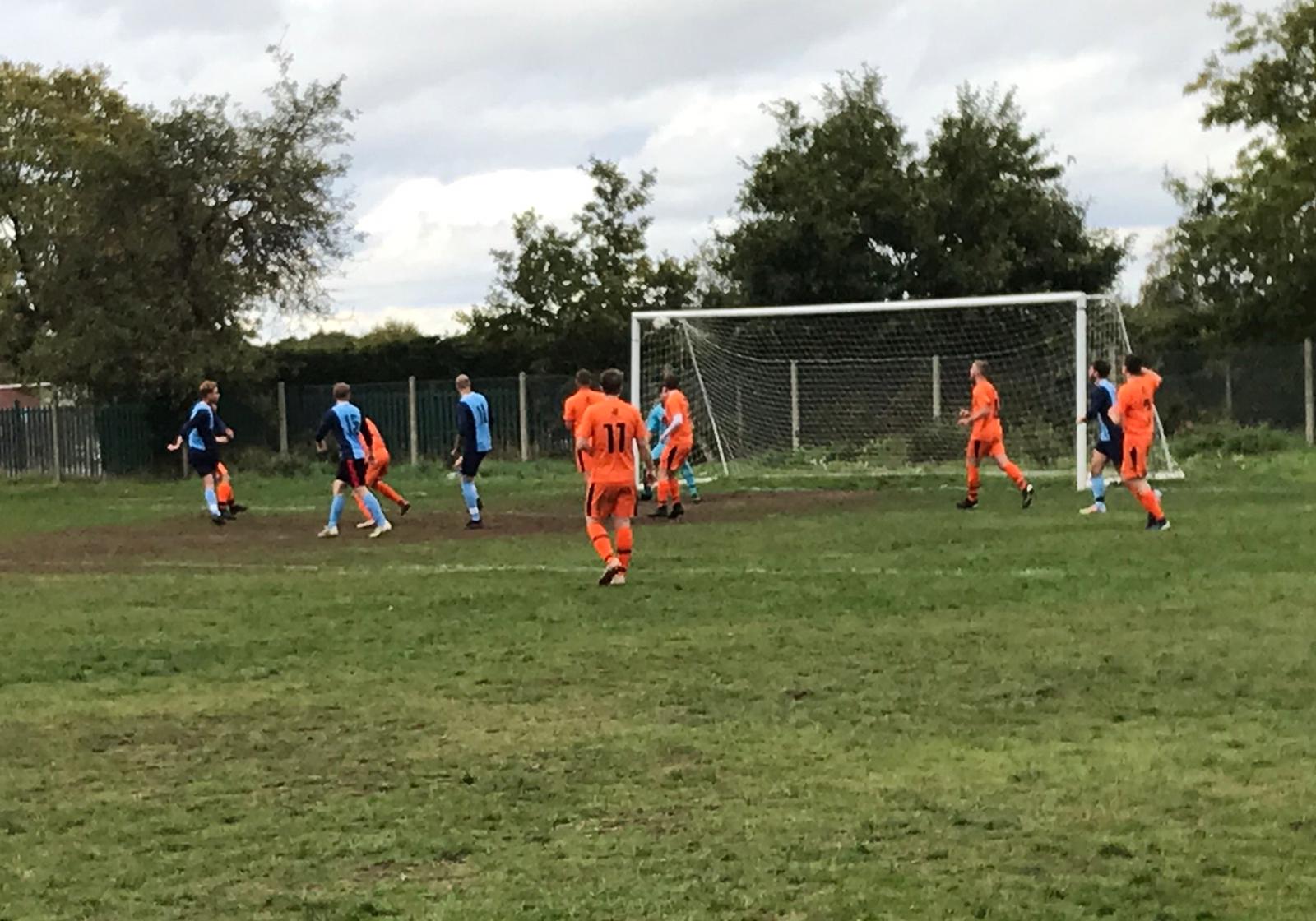 If not the most mobile of players, the Walrus is good with his feet and, acting as a ‘sweeper-keeper’, he showed a good touch when dinking the ball over the oncoming forward’s feet. But he was not done there and, with space to run into, the Walrus continued his run into the midfield – and beyond!

As he got dangerously close to the half-way line, it was at this point that some in the crowd began to express concern. Cries of “don’t panic!!” were bountiful but they were soon retracted as the Walrus then produced a right-angled backheeled pass to Midgers on the right wing rather than boot the ball forward as many, no doubt, expected.

The cheers suggested this – had we been charged to watch the match – may well have justified the entrance fee, but the assembled masses still had plenty more to enjoy. Co-manager Callum Toone hit the crossbar, substitute Dan Trowse missed a chance to pounce after a rare slip from the opposition keeper and Fred hit yet another chance over the bar.

Looking back now it was remarkable how many chances there were and another two decent chances were wasted before Dan was fouled outside the box. It was a toss-up between Lacey and Harrison who would take it, but it was the latter who finally scored with a well-placed shot around the wall.

Was another comeback on the cards? Given the increasingly rare attacks by the opposition it was eminently possible but, this week, time ran out on the ressies and what was an enjoyable afternoon. Hopefully, the lads will remember their shooting boots next week and get back to winning ways.