“The Greatest Comeback Since Lazarus?” – The Ressies Match Report

Well. How does one describe the ressies ‘comeback’ against Hersham? To say it was a game of two halves would be an understatement. A ‘race to the bottom’, despite the poor quality of football on display, a misnomer perhaps given the respective sides positions in the table. Who cares? The ressies won. And that’s all that matters.

Anyway, you are expecting a report. So here goes. 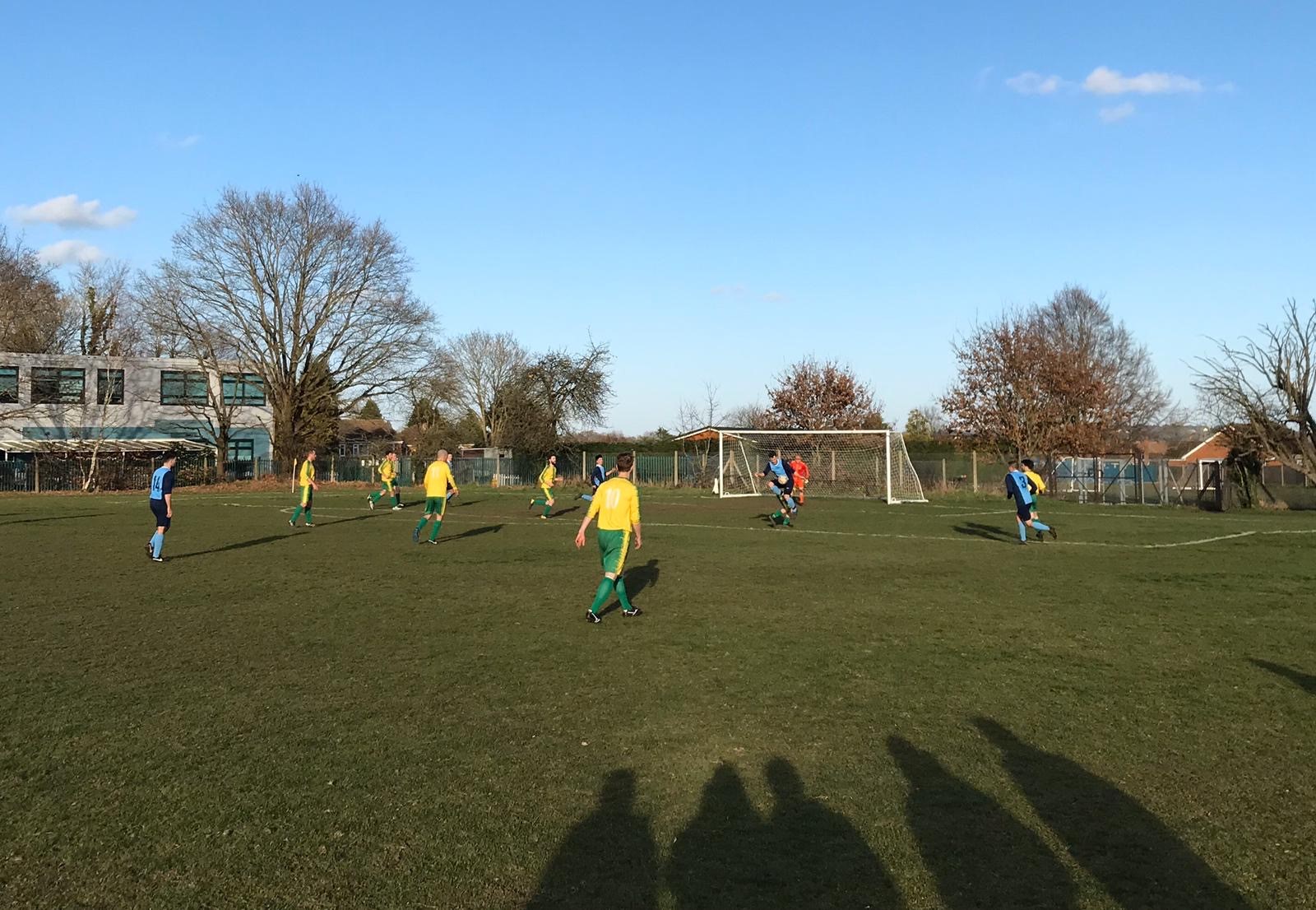 Fortress Pyrford, bathed in sunshine, looked a picture, but the build-up to this crucial match appeared to have spooked the ressies rather than inspired them. Indeed, the only decent football in the opening moments came from bar manager Chainey, who demonstrated he’s still got it with a sublime bit of control on the touchline.

If it wasn’t for his poor back, we could have done with him on the field. At least he would have known who he was playing with as Vic Hamilton mistook co-man-of-the-match Alex O’Shea for his brother Johnny! To be fair to Vic, it looked like none of the ressies had ever met each other before as the ball was frequently passed to a yellow rather than a blue shirt on a frustratingly regular basis.

As club treasurer El Boy said the atmosphere was “flat” and it was flat feet in defence that led to the opening goal for Hersham. The delivery, from an unnecessary free kick, may have been decent, but there was no need for the free header that keeper Kevin Myers could do little about.

One couldn’t even argue the goal was against the run of play, but the ressies did create a few decent chances. Co-manager Mungo, starting his first game for many weeks, came close with a header and O’Shea, who was the only player to have two good halves, created a great opportunity for Kempy who failed to gather the ball. 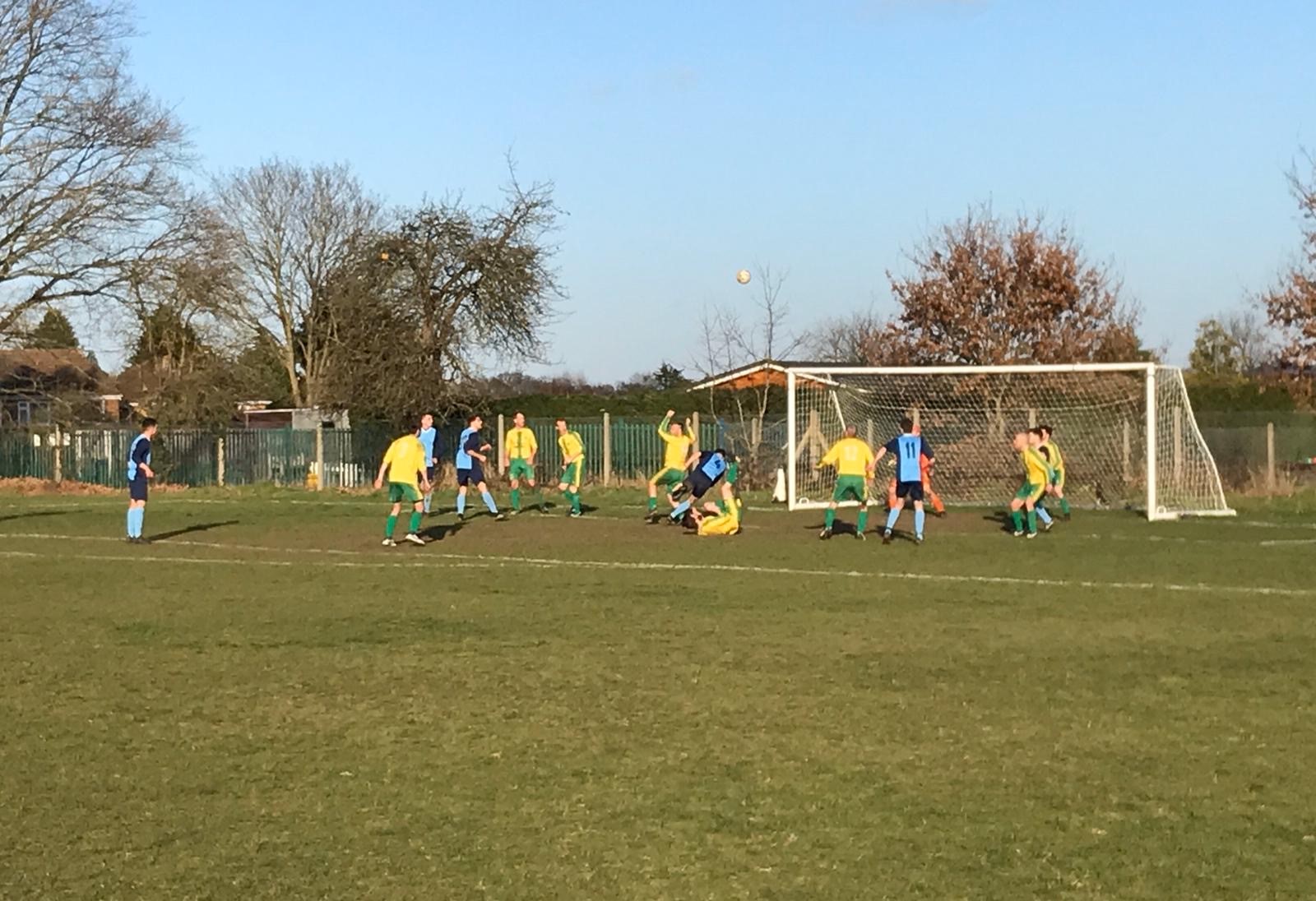 Hersham were doing well and their plan of first-time balls into the space behind the ressies defence was getting some joy. Their bald winger was giving the hungover Adam East a torrid time and their big lump up top was proving an equally difficult handful. ‘Lumpy’ in particular was doing well until he bizarrely nobbled himself when through on goal. This injury was especially welcome for the ressies and Hersham we much less of a threat after he had to leave the field.

Incredibly – only halfway through the first half – Hersham were attempting to run down the clock and yet the ressies could not, or would not, buck their ideas up. To say the surrogate managers on the touchline were frustrated would be to diminish the level of swearing the play provoked and matters would have got even worse were it not for a fantastic reflex save from Kev after the opposition appeared to waltz through a non-existent defence.

Two-nil at half time would have been disastrous, but everyone knew, with the sun and the slope to the ressies advantage, things could only get better. D:REAM or nightmare? It was up to the players, but a shuffling of the pack proved crucial with co-man-of-the-match James Kear being pushed up into midfield proving crucial and he notched the equalizer with a brave header after the opposition’s defence failed to clear.

The ressies were still not out of the woods, but the Hersham team were beginning to flag badly, which allowed the ressies to become increasingly dominant. Elliott Westwood and O’Shea may have picked up bookings but there was only one team in it for the last half hour.

Eventually, after a few missed opportunities, the pressure told. But the source was keeper Kev who got an assist from a long kick that Vic sped onto, chested, and then lobbed the oncoming keeper. Noses in front, the touchline was much happier despite the confusion caused over a throw-in after one of the opposition kicked the ball out for a non-existent injury?

It being unnecessary the ressies simply played on but the ‘uproar’ this created led to the throw-in being retaken and the ball returned to Hersham. Always be careful what you wish for, because the opposition then sacrificed possession and the game was finally put to bed after Steven Kemp outstripped the defence to place the ball into an empty net.

Only then could the supporters fully relax and the rest of the game passed without any major incident or threat to either end. A bullet had been dodged, but one hopes such a momentous ‘comeback’ isn’t necessary in the weeks ahead.