“Cloud Five (should have been Ten)” – The Ressies Match Report

For the second week in a row the ressies scored five but it really ought to have been ten in what was a comprehensive victory over Chiddingfold at Fortress Pyrford.

One has some sympathy for ‘Chidd’ as their permanently waterlogged pitch meant this was their first game since they played the ressies in the cup back in November. That said both teams looked rusty and it took almost ten minutes before things got going after a horrendous ‘clearance’ from captain Calum Toone forced a really excellent save from debutant keeper Kevin Myers. 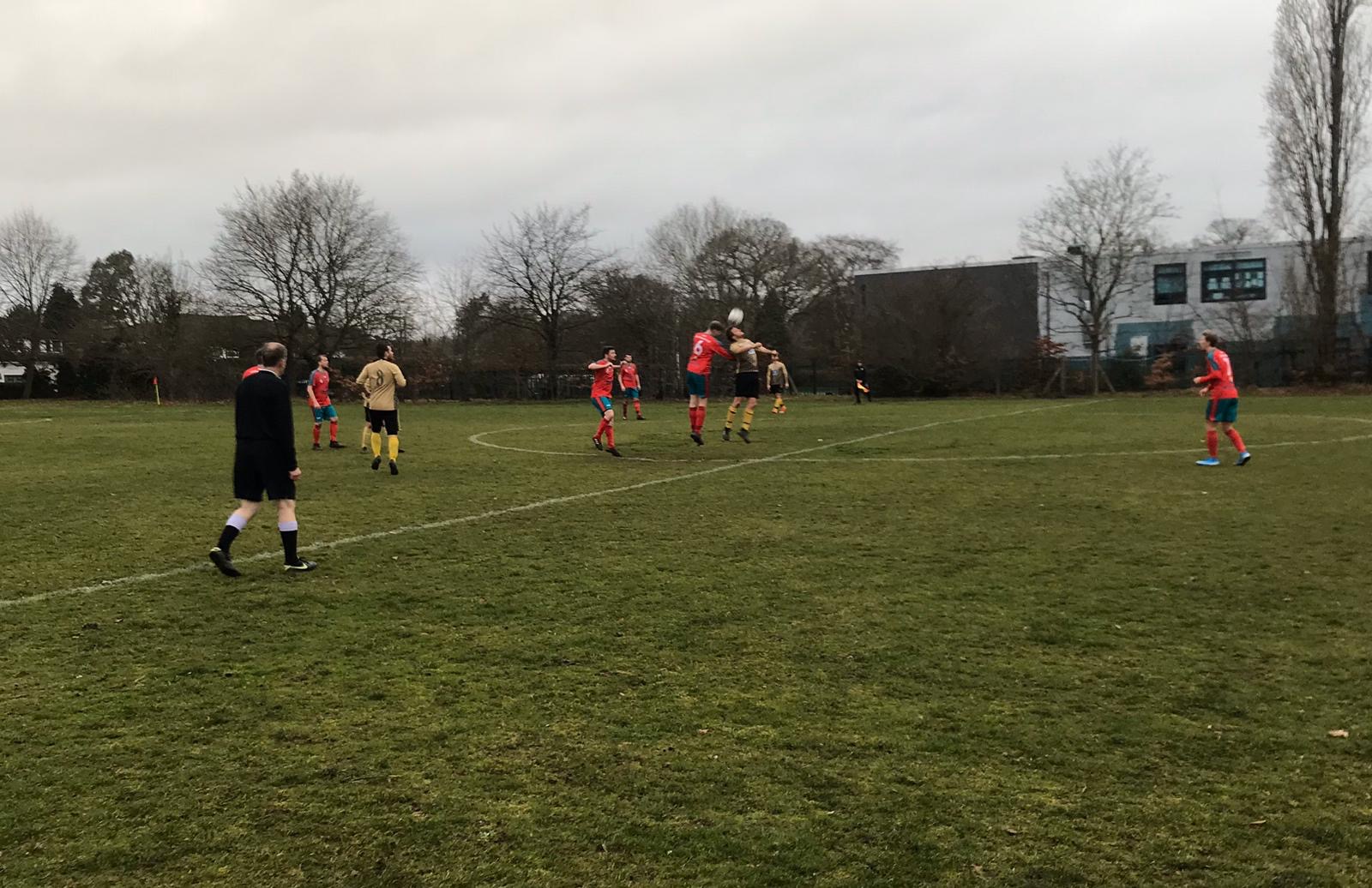 No doubt the Walrus, called up to the first team this week, would have patted it away like a beachball, but the crowd were all impressed with the “big fella” between the sticks. We could have done with some more outfield bulk it seemed as Chidd were winning almost every physical battle early on.

Even without Adam East the ressies are no slouches in this department, but it is their football that has got them to the top of the league and it was some really excellent football that broke the deadlock after Alex O’Shea popped the ball off to the oncoming wing back Billy Neal.

Having taken the ball in his stride, man-of-the-match Neal drove into the box, feigned to shoot and cut outside the centre back before lashing in an unsavable shot. A really great goal that the supporters appreciated loudly. 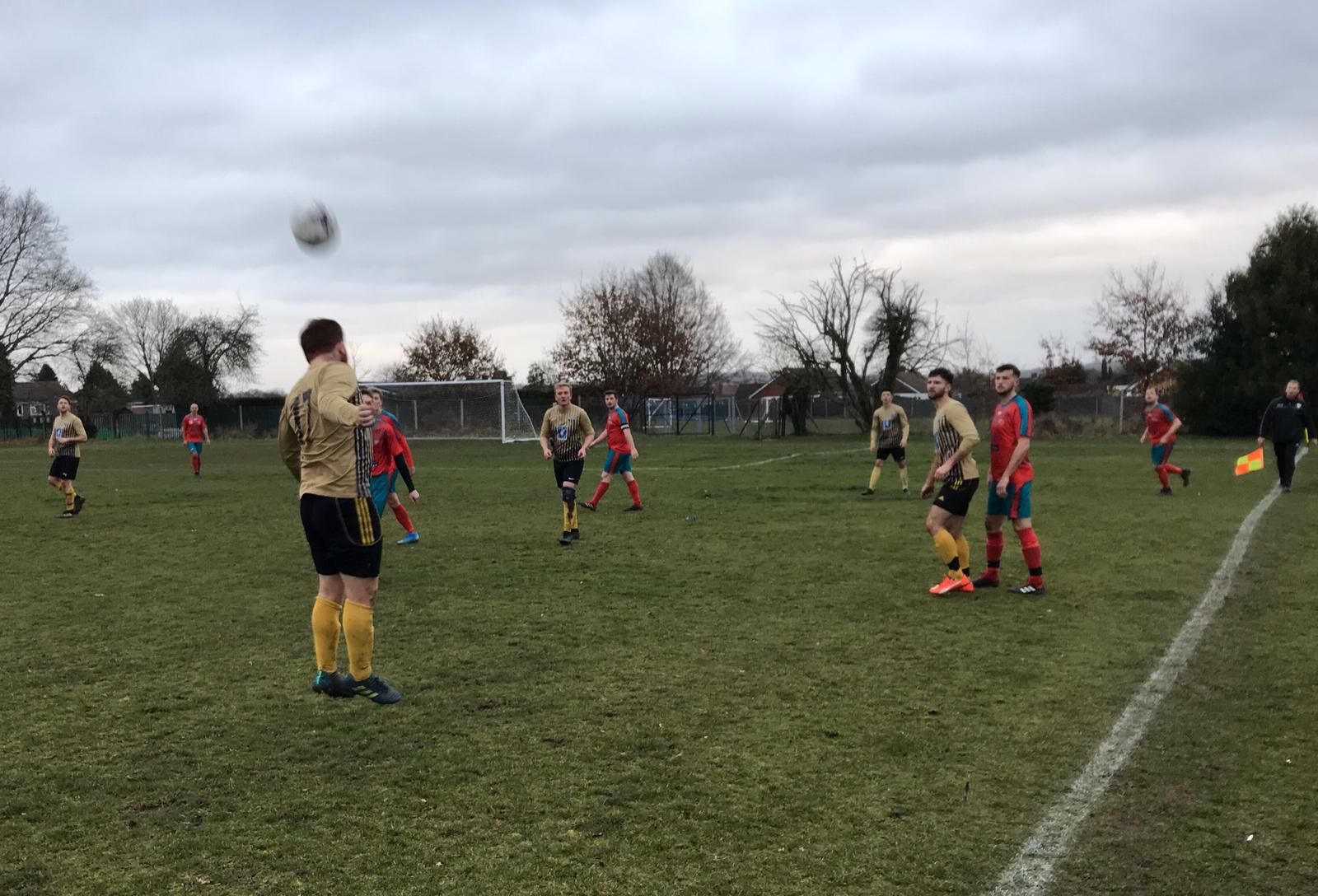 Like busses, the second goal came almost immediately but this time it was a tad fortunate after a speculative shot from distance by Westie appeared to dip just in front of the keeper before trundling on unimpeded into the net. Clearly an aberration for a decent keeper but the ressies were happy to take it and there may have been a third had Midgers, who appeared to have put his boots on the wrong feet, hit the deck after an obvious foul inside the box that everyone saw (and heard).

The ressies had settled nicely now and, Midgers aside, they were looking very good going forward. Despite this fluidity nobody would have predicted the source of the assist for the third goal. No. Not Midgers, but Kempy’s clavicle after he ‘shouldered’ the ball forward some distance direct from a goal kick for Westie to run onto!?

Manager Mungo (still high on life as I write almost 24 hours later) has credited Westie with the goal but it looked like a really well struck shot from the defender. Either way, the hapless keeper – not so pretty in pink now – could do nothing about it as it sped past him. 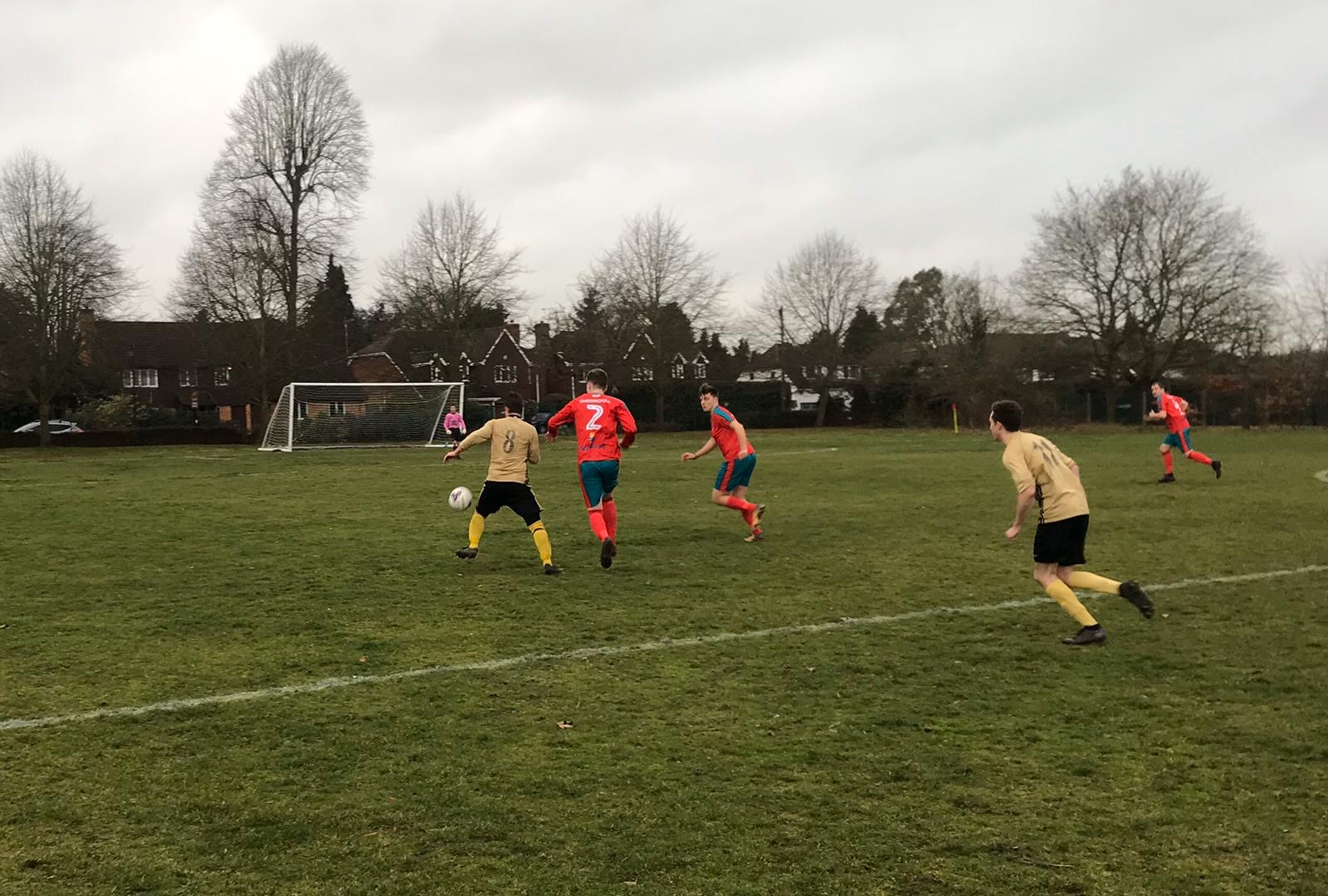 Last weeks hat-trick hero Vic Hamilton was not having the same impact this week but he did manage to take out the oppositions linesman in what was proving to be a torrid afternoon for Chidd. Indeed, matters really ought to have got much worse before half-time as Kempy squandered a really excellent one-on-one.

The second half began as the first ended. The ressies, now kicking down the slope, were exerting all the pressure and Rob Partridge, up from the back for a corner, really ought to have scored had he managed to make contact with the ball one yard out.

It was, perhaps, fortunate the ressies had the four goal cushion as this set the pattern for the half and Kempy missed another good chance moments later after a heavy first touch. Nico then cleared the crossbar forcing ‘Naughty Nige’ to retrieve the ball from the neighbouring school, before his lad Vic allowed a defender to block his shot after taking too long to get the ball under control.

After a shot from O’Shea was deflected off the defender onto the crossbar, the supporters were wondering if the ressies would ever finish a chance? And then it happened. Midgers scored. Somewhat out of character, Kempy had the good sense to deliver the ball to his head rather than his feet and Midgers placed the ball over the flailing keeper.

Midgers should have had another but, as his feet were involved, he scuffed his shot when there was time for one, if not two, touches. It was then it was Vic’s turn to miss another opportunity and such was the ressies dominance the referee, who got involved in play at least four times, was seeing more of the ball than the opposition’s centre forward.

Their keeper would have wished he wasn’t involved quite so much but the pressure did give him ample opportunity to demonstrate his earlier error was an aberration and he pulled off two really good saves from co-manager James Nixon. The second of these was heading for the top corner. I believe the young’uns call it ‘top bin’ I believe these days and Nico’s frustration would lead to a different kind of bin after Nico he was triggered by an ankle tap that the referee refused to call back after there was no advantage.

Observers were not convinced asking for the foul constituted ‘verbal abuse’ but as the referee sin-binned Nico with ten minutes left he declared him “finished” while enacting the cut-throat sign!

Going down to ten men did not seem to effect the play at all and the fifth goal finally arrived after a well weighted pass from Vic into the acres behind the defence was seized upon by Kempy who rounded the keeper at pace to slot the ball into an empty net. 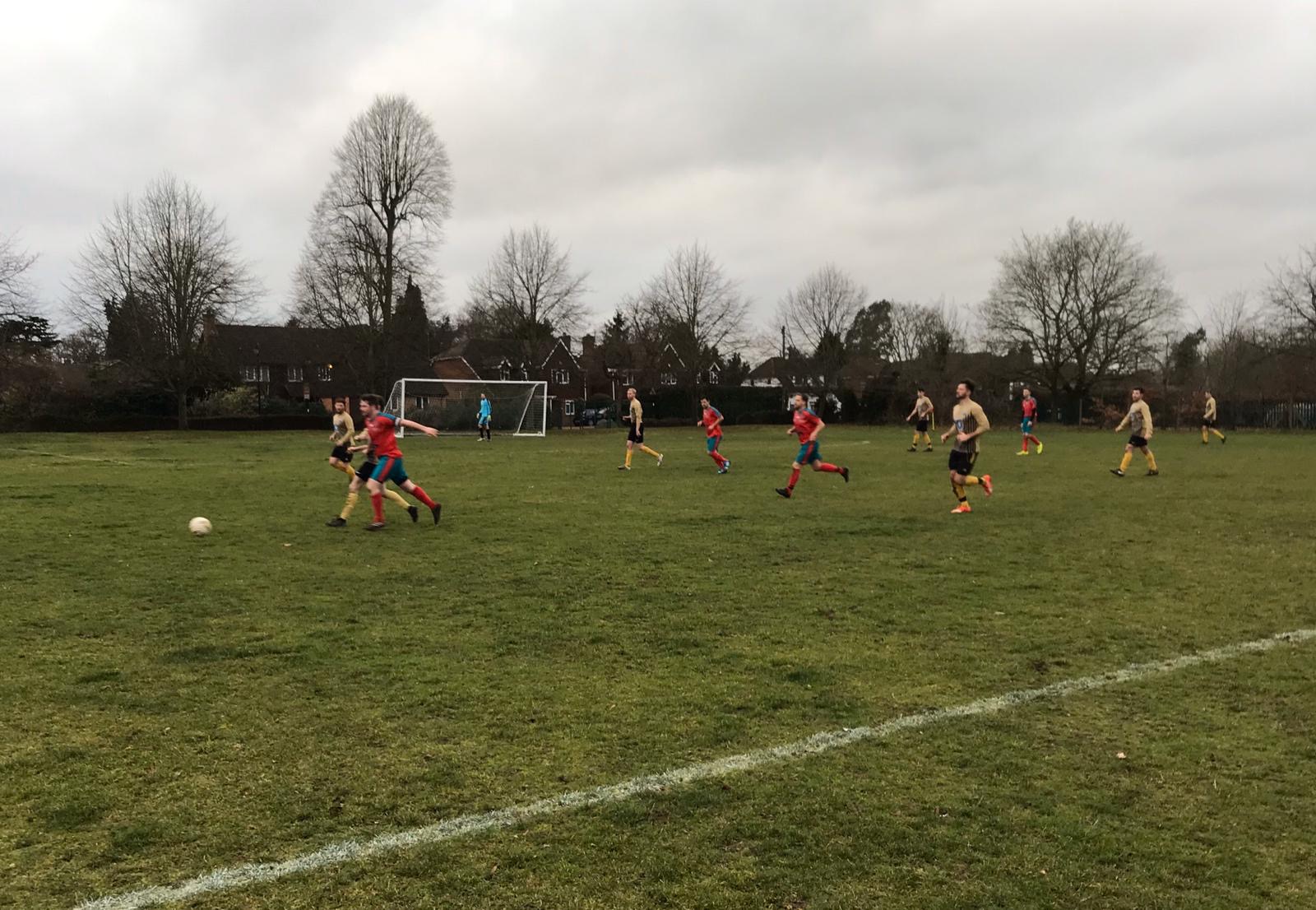 It did not end there, however, and the ref, if he had a vibrating watch, would no doubt have awarded Partridge a goal after a volley from a corner hit the underside of the bar at pace and crossing the line before bouncing out again before Vic also hit the crossbar. With only one wayward shot in the half it was no surprise Chidd picked up a booking of their own before the full-time whistle ended their torment.

It may have been the same number of goals as last our last match but this week’s performance was so much better. Once the goals were put away the celebrations began in earnest and the frivolity was made all the sweeter after news that fellow title challengers Hambledon & Hersham had drawn came through. The Ressies have the opportunity to do something remarkable if they keep performing like this.