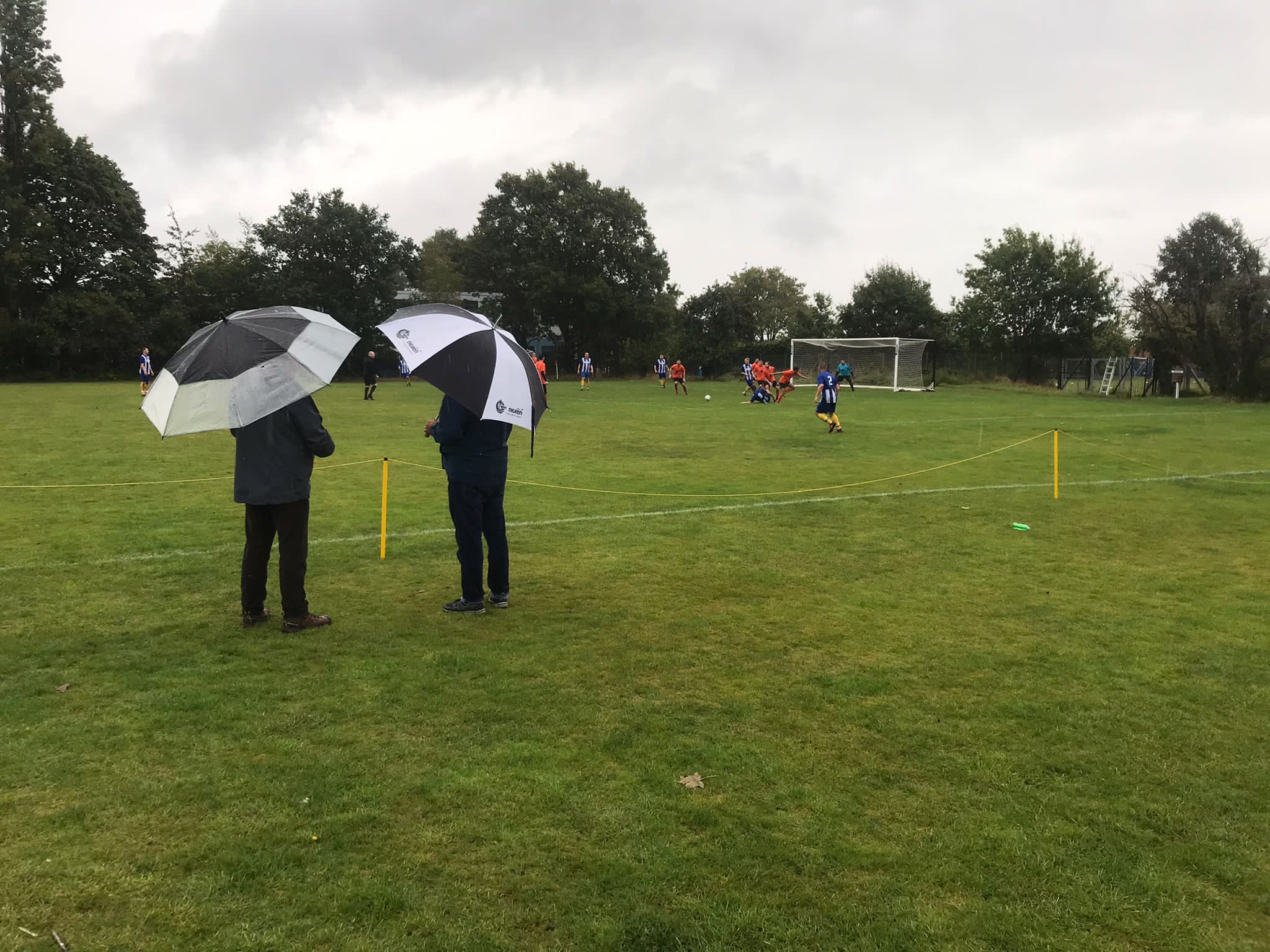 It must be said, however, that this scoreline wasn’t entirely predictable from the opening exchanges. Both sides were struggling with the conditions and a slick, yet firm, surface led to numerous passes being ‘overhit’. That was until the ressies sacrificed possession cheaply in the midfield and – in a flash – the opposition had conjured up a ball behind the ressies back four that wasn’t going to roll harmlessly to the keeper.

Accordingly, the opposition centre forward reacted quickly and – in less than five yards – he left captain Chinga for dead. And yet, having now burst into the box with only debutant keeper Poggers to beat, he inexplicably blasted the ball over the bar when it looked far easier to score!? 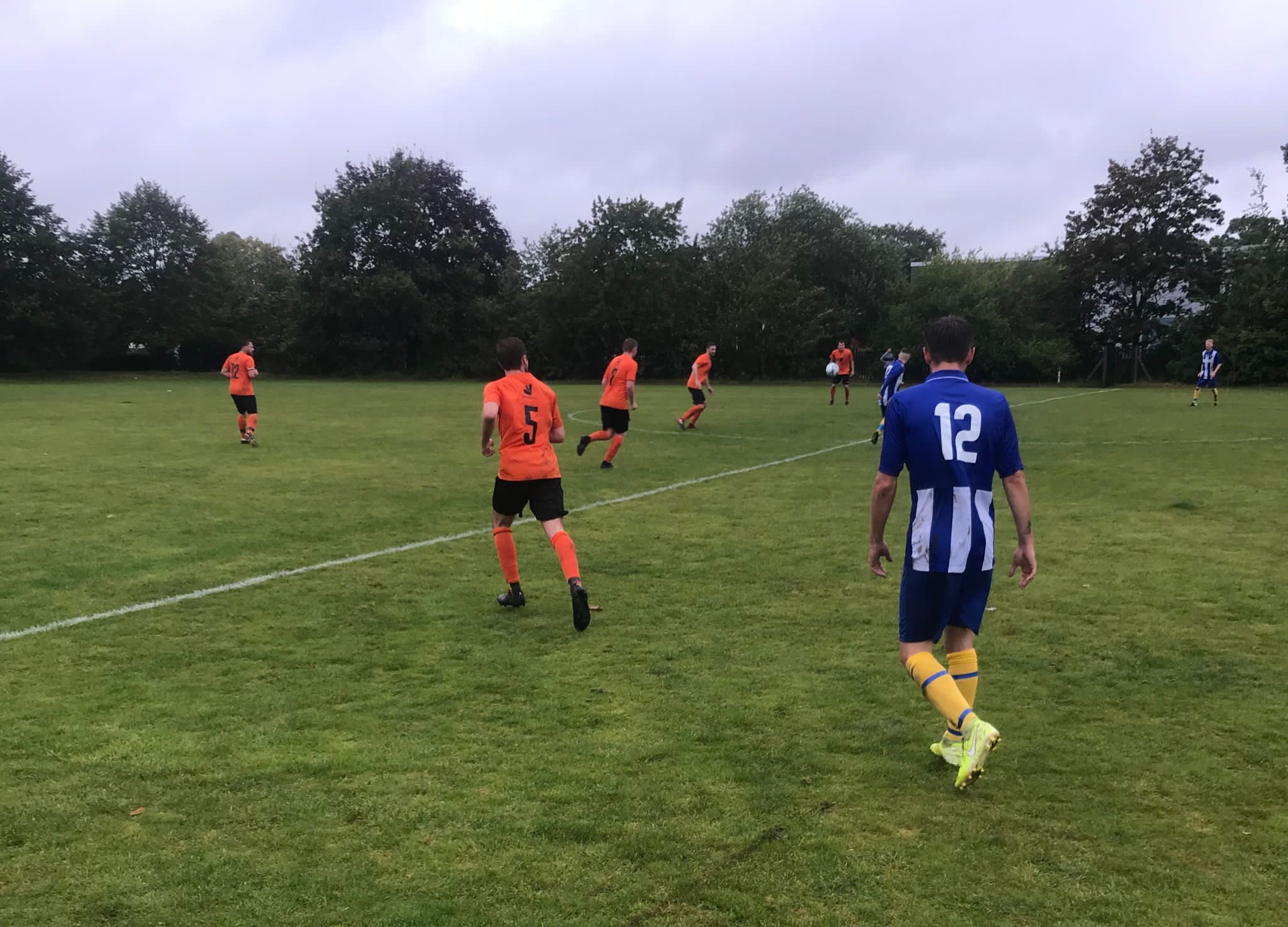 Of the ressies, only right back TC looked as if he had oodles of time on the ball and he deserved, although reluctantly accepted, his man-of-the-match award. Indeed, it was from TC that almost every good move originated and one of the best resulted in Midgers forcing his way into the box. Once there he seemed to invite contact from behind. But, having enticed the defender to barge into him, he failed to go down and give the referee a decision to make.

Having remained on his feet the ball eventually found its way to the edge of the box where Callum made contact with the ground before the ball and the half-chance was gone. The opposition, although retaining possession much better, were proving equally profligate and another chance was placed over the bar before another effort was tipped by Poggers onto the bar.

The debutant keeper was also being kept busy by his own team and a loose back pass led to an awkward clearance and a late tackle that led to the opposition forward being booked. Luckily there was no harm done and the half, which seemed to drag on forever, ended goalless. Strong teas and coffees for all but East senior were the order of the day for the spectators who were grateful for some respite from the weather and the football, but most ventured out again to watch the second half.

Like the first, the ressies began reasonably well and even managed to exert some pressure from a corner, but the header was weak and straight to the keeper. That was, sadly, the last of the action for the ressies as the lone forward, be it Josh or manager Liam, were wholly isolated as the ressies played deeper and deeper. 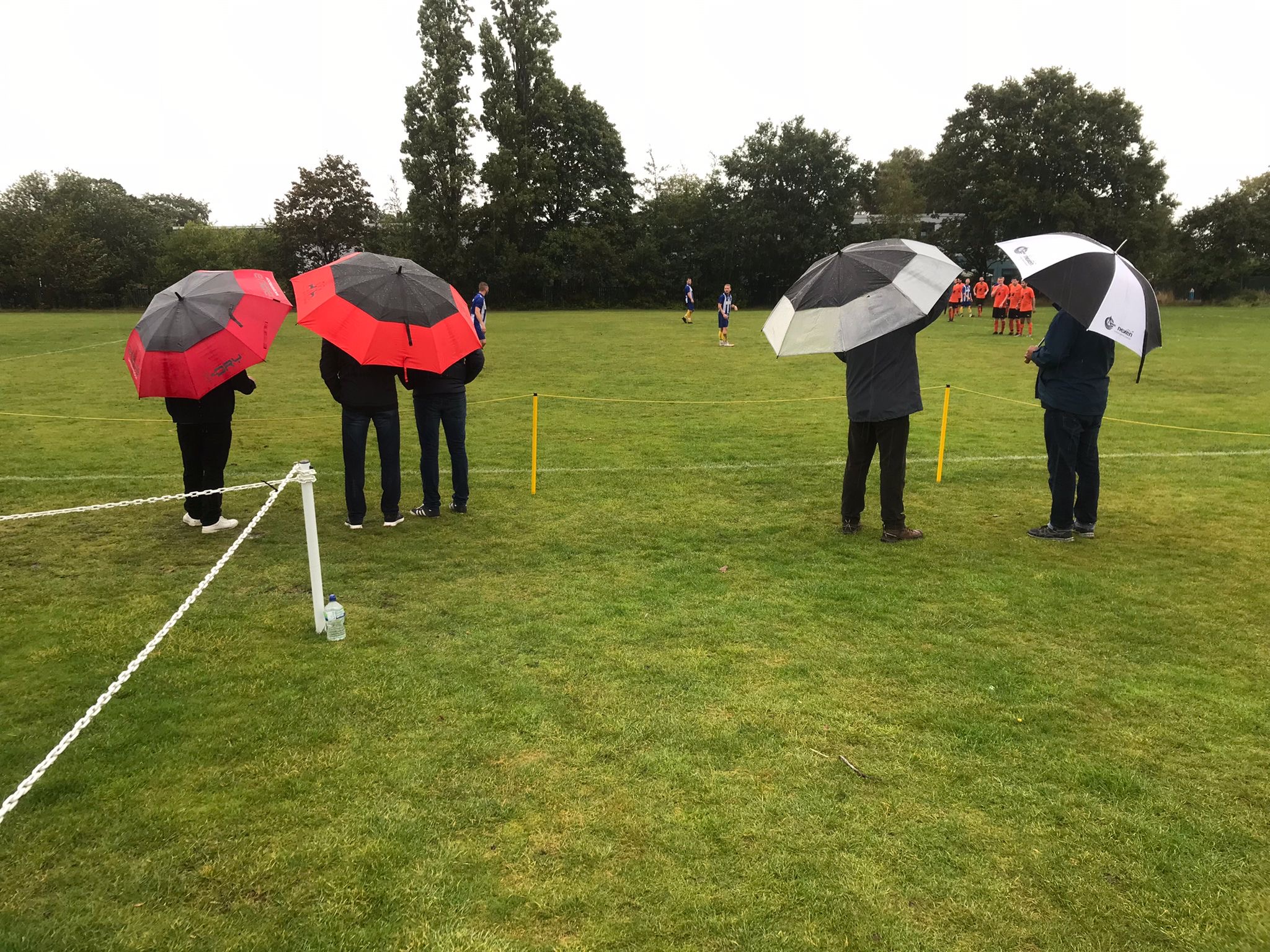 Inevitably, this invitation to play in the ressies half was capitalized upon and a good move down the left led to a decent cross being parried by Poggers to find the feet of an attacker who had an easy finish from inside six yards.

Followed on my two further goals of the soft variety the remaining crowd were almost pleading to the ref to put everyone out of their misery, and when he finally did there was almost a stampede (might be an exaggeration that) to get inside to dry out next to a radiator.

Although second best on the day, the beers still tasted good, and the return of the winter weather also saw the return of team spoof. And with first team talisman Simmo getting to do the concrete shot, it is nice to know the ressies are still better at something! 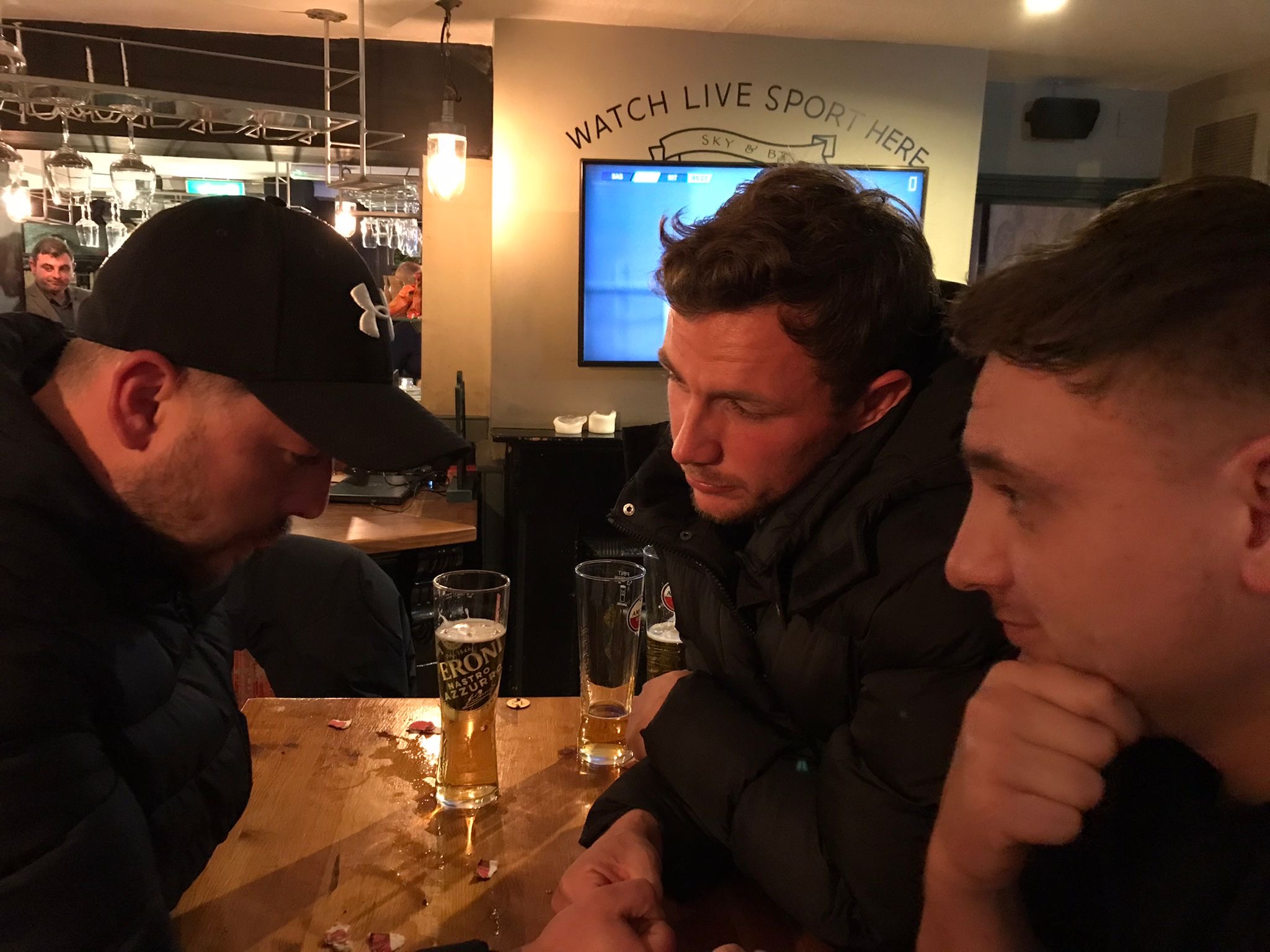