Men of the match: Fred McMillan and James Crouch

Goodness me. It was a right old ‘ding-dong’ down at Fortress Pyrford this week where a rule-of-six busting crowd witnessed an exciting draw between two very decent sides.

From the off, both sides were demonstrating crisp passing and solid defending, but it was Hersham who looked the most threatening with their pace up top posing some lung-busting problems for the ressies less than mobile back four. Nevertheless, it was KPR who had the best of things, territory wise, and Liam Harrison scored a simple header from close range after a wickedly delivered corner by Fred McMillan.

Having taken the lead, the game then suffered a scrappy period and a series of ‘handballs’ ensued. All were rightly ignored by the referee until Chinga – it had to be him didn’t it – caught the ball before it went out of play. What should have been a KPR throw-in was now a Hersham free-kick and the Walrus in goal was forced to punch the ball clear. 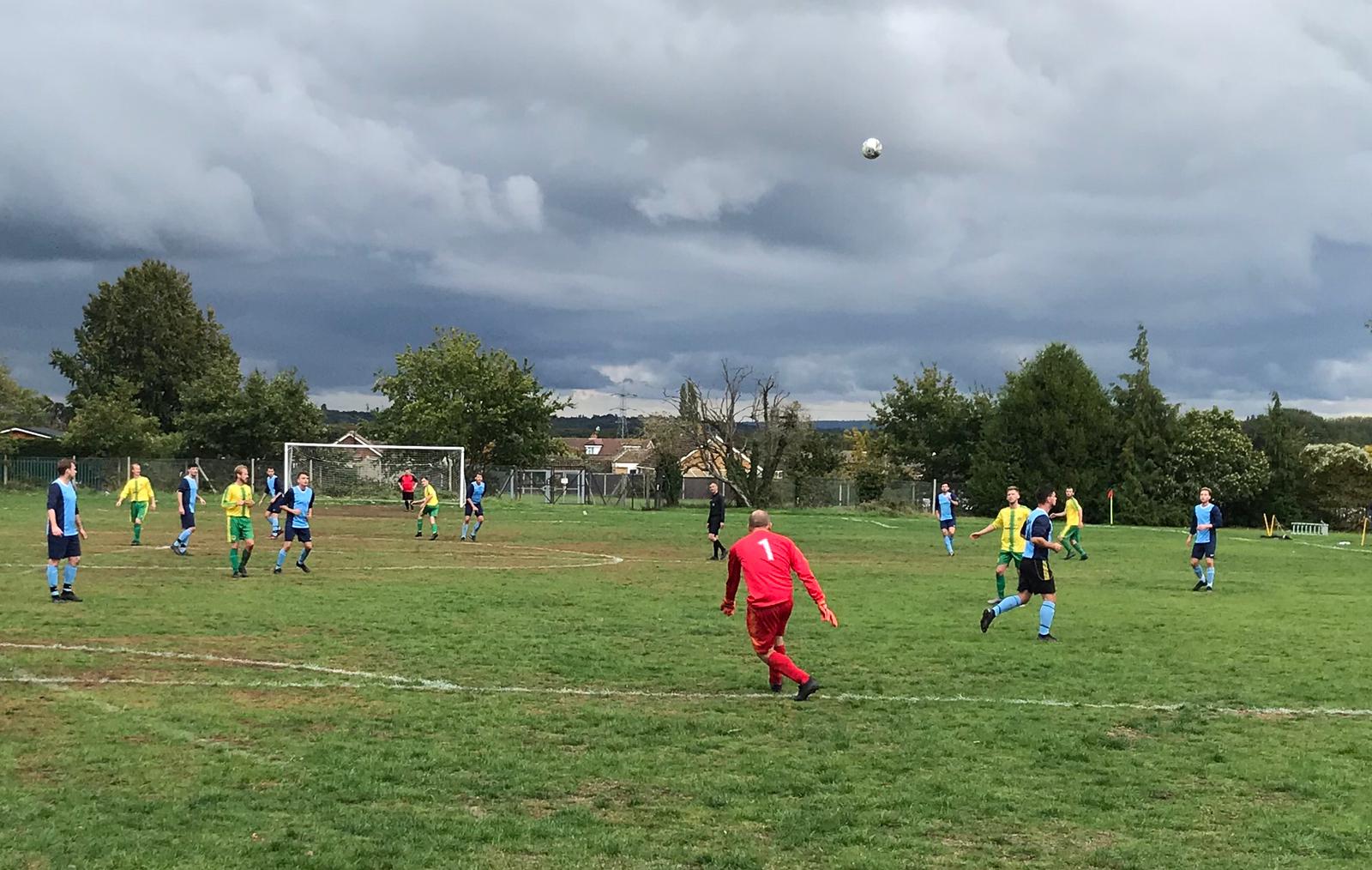 The best chances were the ressies, however, and James Kear put Harrison through for a chance, but he placed the ball over the bar and into the neighbouring school. If this upset bar manager El Boy in particular, everyone was voicing concerns that the midfield were all but anonymous. Neither supporting the somewhat isolated Dan Trowse up top, nor helping the stretched defence, it was the latter department that conceded another free-kick that led to an equalizer.

If that goal had caught the Walrus flat-footed, there was little he could do about the second as a first-time side foot on the half-volley arced its way into the top corner. As the referee said at half-time, “he didn’t mean that”, but a robust team talk from Harrison and some changes sought to put thing right. 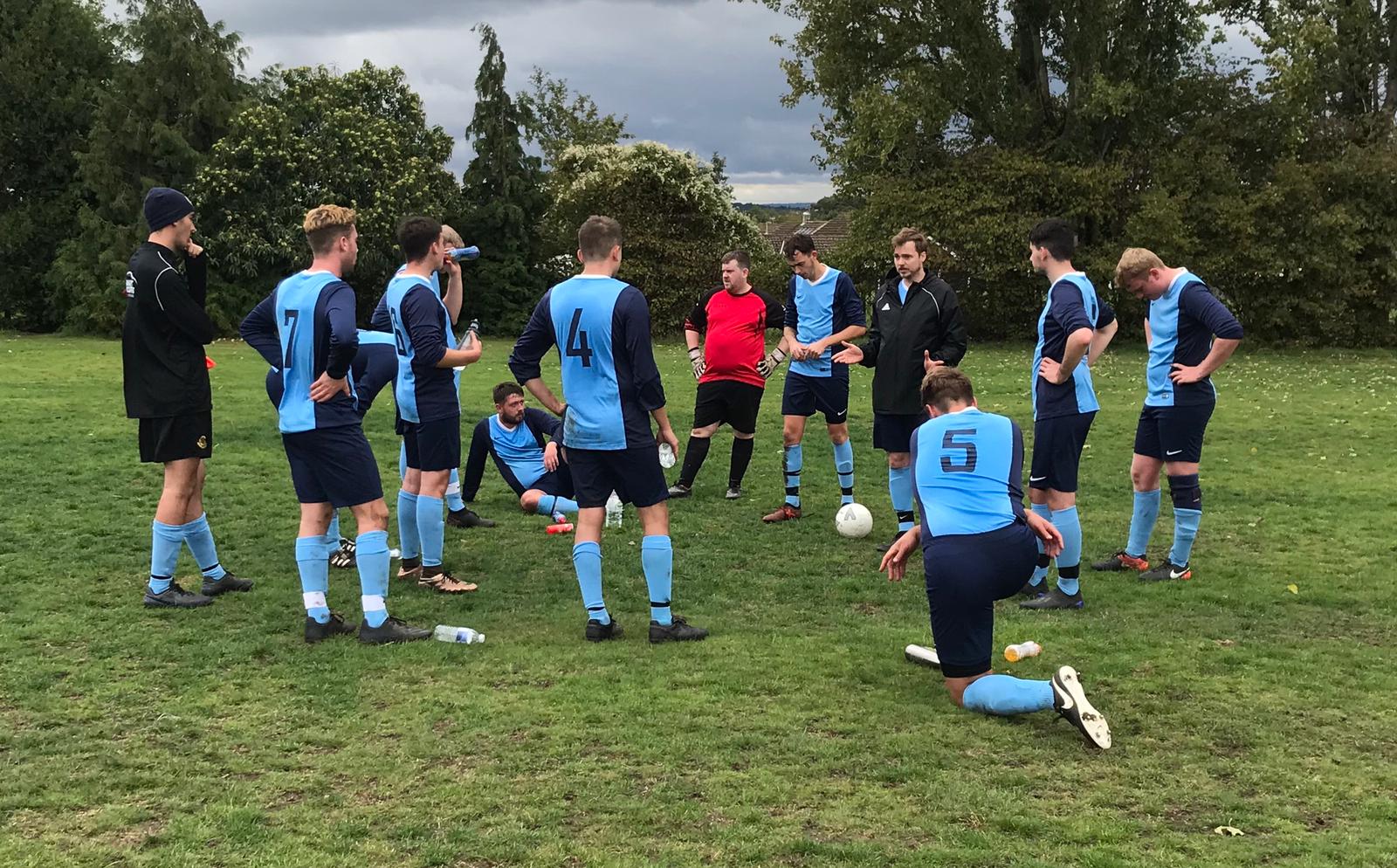 Indeed, it was the ressies who looked the better side almost immediately. The excellent Fred, in particular, was having a good deal of possession down the left and he forced a save from the opposition keeper. That said, there was a period of play where little of note – bar a booking for each side – happened until ‘a goal for the ages’ (can’t believe I’m writing this) that now makes your humble correspondent regret bigging up a goal by some bloke, who is now in the first team, last week.

A team that at least tries to play football we are used to aesthetically pleasing goals at KPR, but what was remarkable about this one was the scorer – James ‘Mungo’ Blackburn, who is best known as a scorer of determined headers from corners. The move began with some excellent play from James Crouch who was immense all afternoon. Having created space for himself he placed a good ball into the feet of Harrison who, so he tells me, then received a call from Mungo who had, like Carlton Palmer, abandoned his left back position.

An instant back flick later Mungo (now on the right hand side of the opposition’s penalty box) found the ball at his feet. Few may have expected a goal, but Mungo amazed everyone by placing a well hit shot into the far corner. A combination of hilarity and air punching ensued as the ressies pushed for victory.

As the game’s final minutes approached both sides looked dangerous, but it was the opposition’s keeper that was the busier of the two. And yet, Hersham scored what looked like a winner after a collision between the Walrus and the opposition’s substitute inside the box. Considering the forward’s touch was so heavy the ball was almost out of play by the time he ran into the Walrus (brave man), the decision looked a little harsh, but nobody could really complain.

Their pacey No. 8 duly scored and, with only two- or three-minutes left, he felt confident enough to taunt the ‘bantz’ loving El Boy on the touchline by grabbing his nuts and poking his tongue out for some reason?? But, if it looked like the ressies had snatched defeat from what should have been a well-deserved draw not one head dropped as the ressies strived for an equalizer. 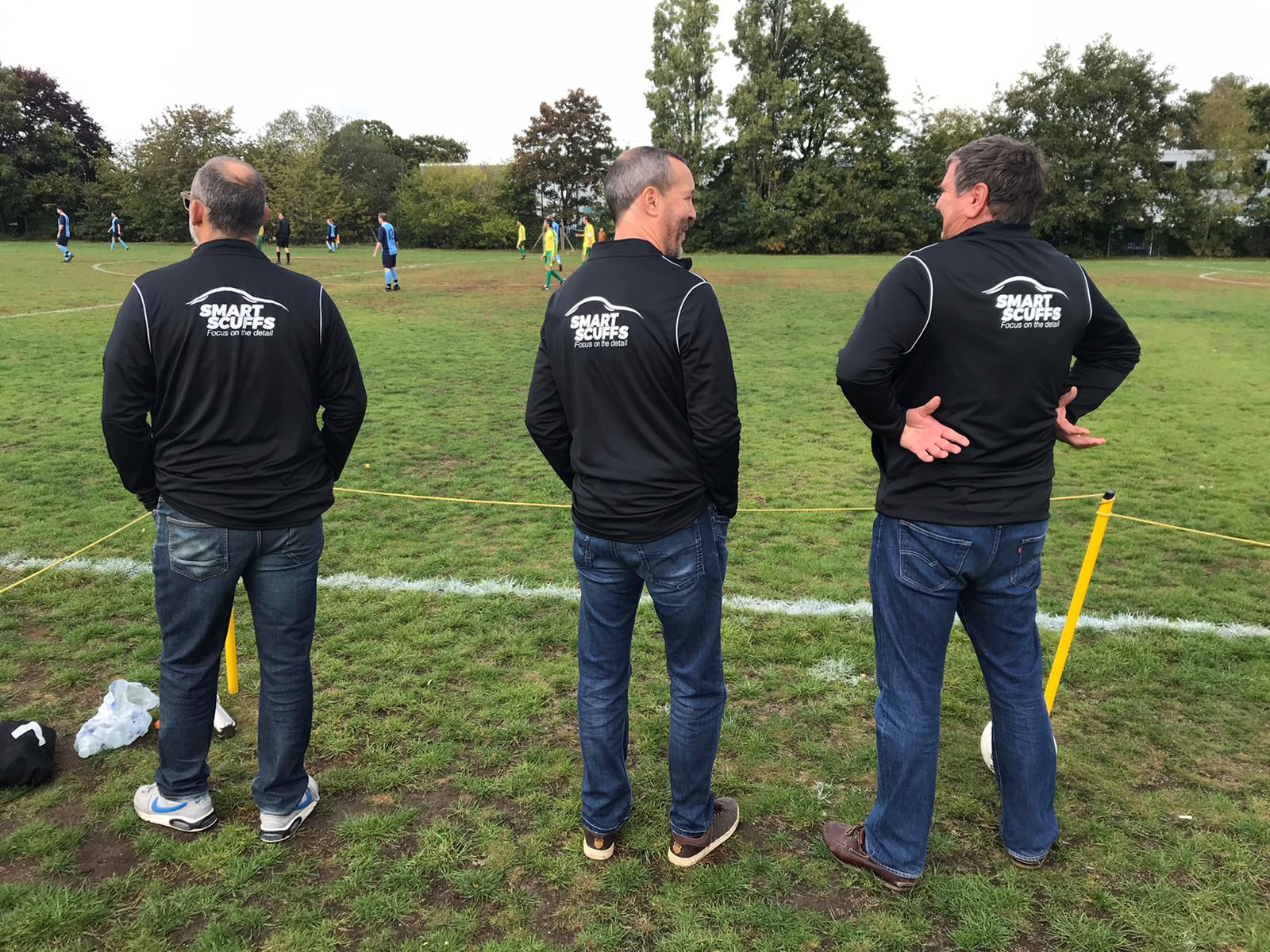 All aboard the Banter Bus

They did not resort to long balls, however, and with Crouch, once again, the foundation his pass found substitute Ollie White who then placed a cunning ball under pressure behind the defence. In the end it came down to a foot race between the opposition’s keeper, a defender and fellow substitute Scott Ellis, and it was Ellis who won by lobbing the ball over the keeper and into the back of the net with almost the last kick of the game.

It seldom gets sweeter than that (El Boy certainly enjoyed it) and the difference between the sides at the final whistle was stark. The draw was certainly the right result, but the manner in which it was achieved was excellent. Having endured major changes in personnel for the third week in a row, the resilience shown by all in blue was only fully appreciated after the game and if the ressies combine this mental and physical strength, and achieve some continuity, there is much to look forward to.