Man of the match: Ryan Midgley

After the disappointment of having what looked like a title winning season snatched away, the ressies had plenty of time to brood during the lockdown. If pre-season outings were a guide it seemed most had chosen to emulate Bridget Jones by sitting in front of the TV eating ice cream, but there was very little fat on this comprehensive win over Lightwater. 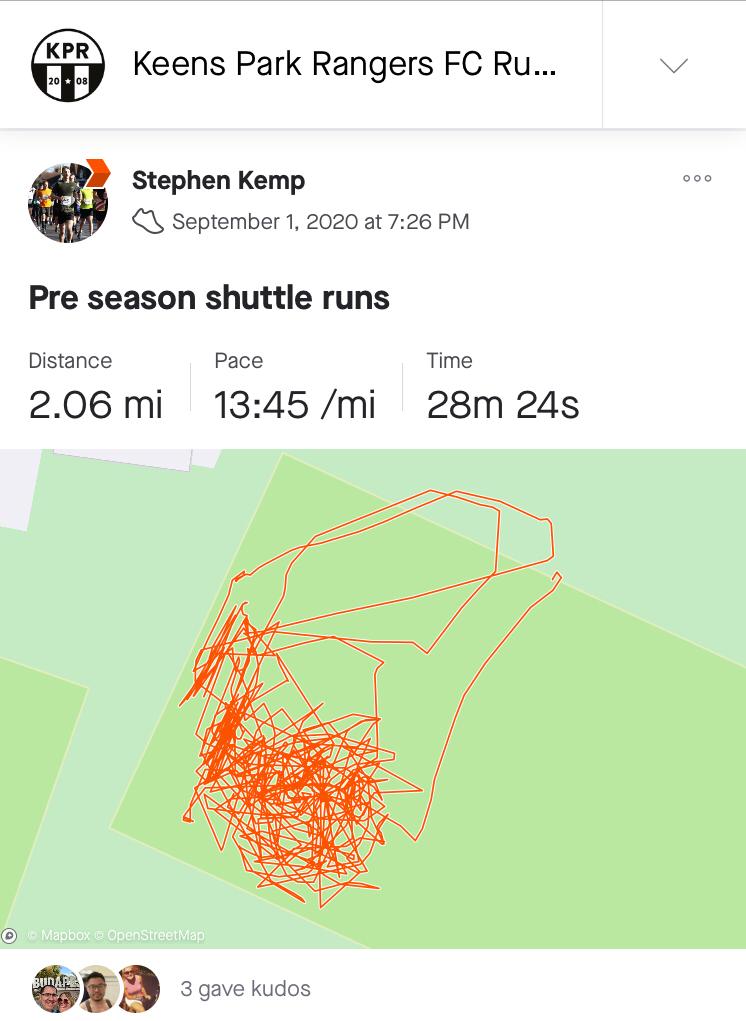 Nevertheless, the ressies gifted the opposition the lead in less than five minutes after the usually solid Matt Kear gave possession away. A quick toe punt over the top then left the Walrus in goal facing a one-on-one that was predictably put away.

All too easy for the opposition, but it was the ressies that dominated the play with everyone’s favourite footballing maverick Stephen Kemp up top especially busy. We’re not sure if anyone truly comprehends what goes on between his ears but Kemp scored the equalizer after a mazy run from left to right before unleashing a dribbler that rolled into the opposite corner.

Having had a number of shots blocked this goal seemed inevitable, but new manager Liam Harrison got the better of himself with a truly awful free kick from some 35 yards. Kempy had another chance cleared off the line, but the Dido Harding award for failing to test the keeper went to Ryan Midgely. 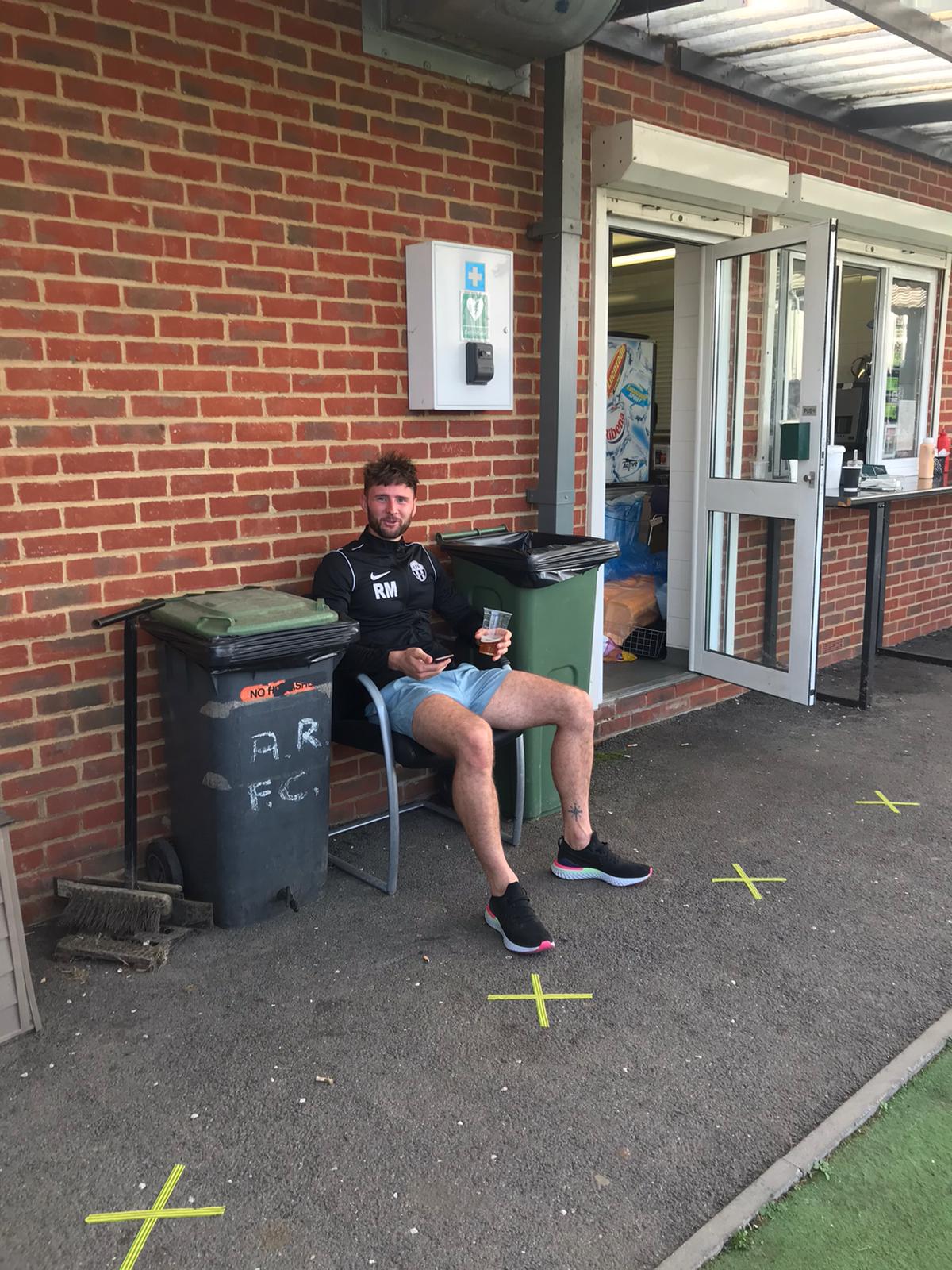 Midgers, in a deserved man-of-the-match performance, was causing merry hell down the right flank but he seemed incapable of having a shy at goal himself. As it turned out it wasn’t strictly necessary as some strong midfield play from James Kear set Harrison free and he waltzed through unchallenged to give the ressies the lead mid-way through the first half.

More chances were being blocked but Lightwater had a few chances of their own. Arguably, when they materialized, they were clearer chances than the ressies and the Walrus in goal pulled off two decent saves. However, there was little he could do about a second one-on-one after another boo-boo from Matt Kear who was caught in two minds and robbed of possession.

Level at half time the second half began rather scrappily. With everyone huffing and puffing in the heat and both sides were utilising the rolling substitutes. Although he had missed the kick off the introduction of James Crouch was most welcome and the ressies looked much more solid defensively as a result.

This allowed the ressies dominance going forward to flourish and Jonathan O’Shea down the left was causing the opposition as much angst as Midgers down the right. In what was his last game before he heads to Liverpool to research ‘social distancing among millennials in post-industrial England’, O’Shea began the move that led to the best goal of the afternoon.

Having ‘outstripped’ a defender built for comfort rather than speed, O’Shea fed the ball into Harrison who backheeled the ball away from goal for the oncoming Kemp to place into the net. Finally, it looked like the lead was secure and most of the play was now in or around the opposition’s penalty area with the clubs new Brazilian signing, Guilherme Rossi, delivering some excellent corners, but it was a corner from Midgers that eventually led to a headed goal from Rob Partridge.

A rare attack from the opposition forced a trademark ‘reverse double’ from the Walrus who tipped a good free kick over the bar but such was the ressies dominance they were forced to nobble themselves with Ryan ‘Chinga’ Mitchell doing himself a mischief after treading the ball in an attempt to run forward with it.

Although played in a good spirit, there was one deserved booking for a Lightwater substitute for a foul on Midgers, but it was all too late to get feisty and the fifth goal was an easy finish for Harrison after the opposition sacrificed possession in their own half. Opposition heads were dropping by now and their attitude was summed up by the centre back during another flurry of corners.

“That’ll do ref” may well have been no more than a plaintive request, but the ressies will no doubt concur. The day’s performance got the job done and should the simple, but costly (we’re sure Kearo doesn’t want to be fetching corner flags again next week), errors be cut out there’s every chance – with a number of key players yet to return – that the ressies can continue the promising form of last season. It would be nice to think, whatever ‘the new normal’ may be, that winning will become a habit again. 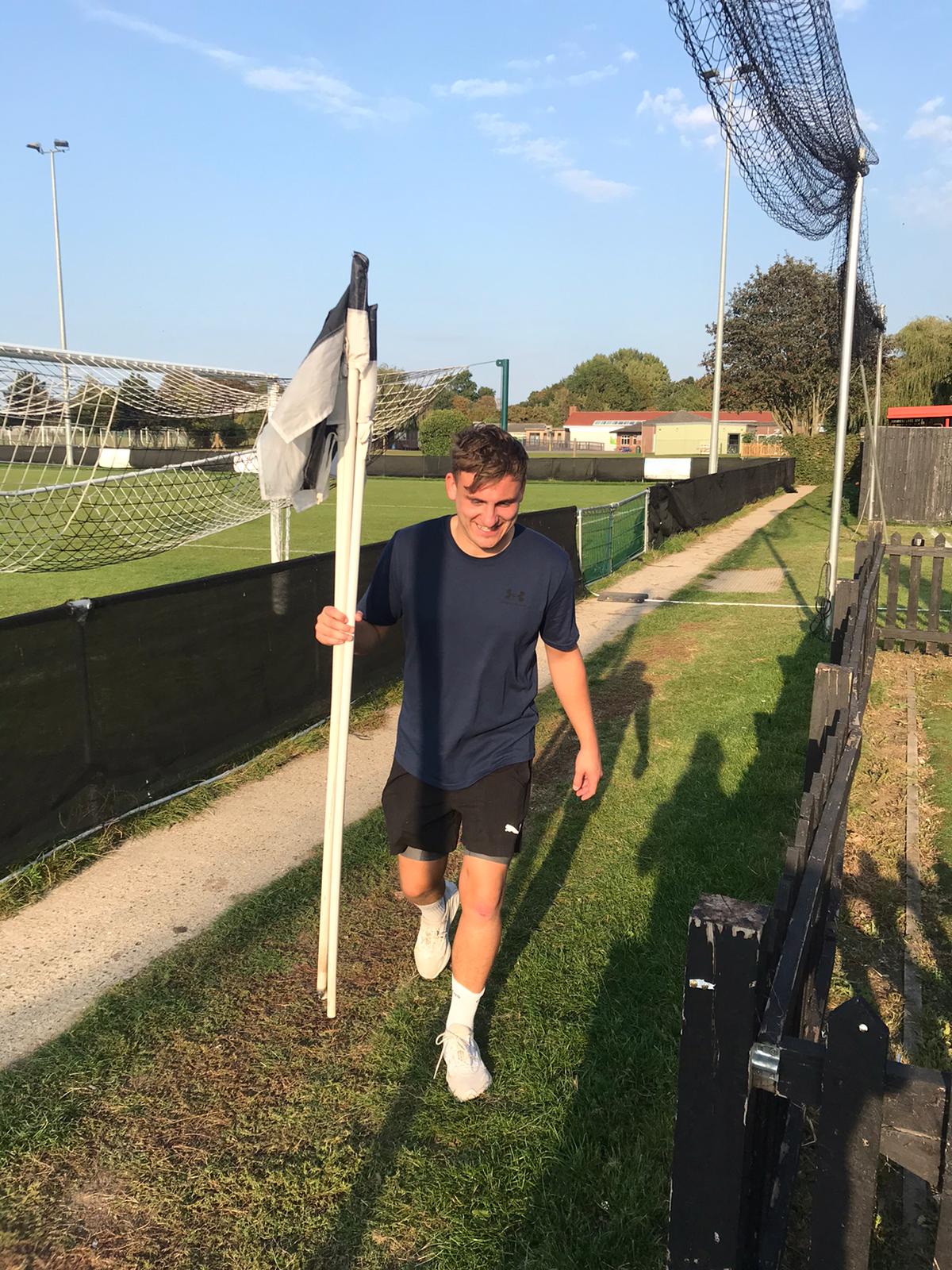