KPR travelled to Woolmer Hill to face Shottermill and Haslemere in the Premier Challenge Cup. Again the golds made some changes to the starting lineup, this time bringing in Tommy Newell from the reserves and the Green Street wannabe Tom Coles going between the sticks.

The golds headed out to the pitch and were surprised to see a pitch covered in sand, Chinga of course delighted as he noticed the similarities between the sand and parmesan. Nevertheless the pitch was to prove difficult for both sets of players.

The first moments of the game were scrappy with the ball dying on the ground and with boots striking the ground instead of the ball. After some time both teams seemed to adapt to the odd conditions.

After about 15 minutes KPR were on the back foot and as a ball came toward the back post Chinga was wiped out completely by the opposition player leaving the No. 4 to have all the time in world to simply dink it over the stranded Tom Coles, it seems the curse of Lobby is spreading.

KPR reacted well to go going down and showed resilience, but once again chances were hard to come by. The loss of every second ball that fell to opposition feet in every area of the pitch was also becoming a source of much frustration, fortunately Tom Coles had dusted off the cobwebs and made a couple of smart stops.

The half-time talk was was rousing rather than tactical as Mick and Gary asked for more cojones from the players on the pitch.

The golds started the second half strong with the wind in their sails and certainly looked the more likely. After 15 minutes still unable to get the needed goal, the pale Tommy Newell was replaced by Liam, and Woodsy swapping positions with Jonny so the former could do all the running. 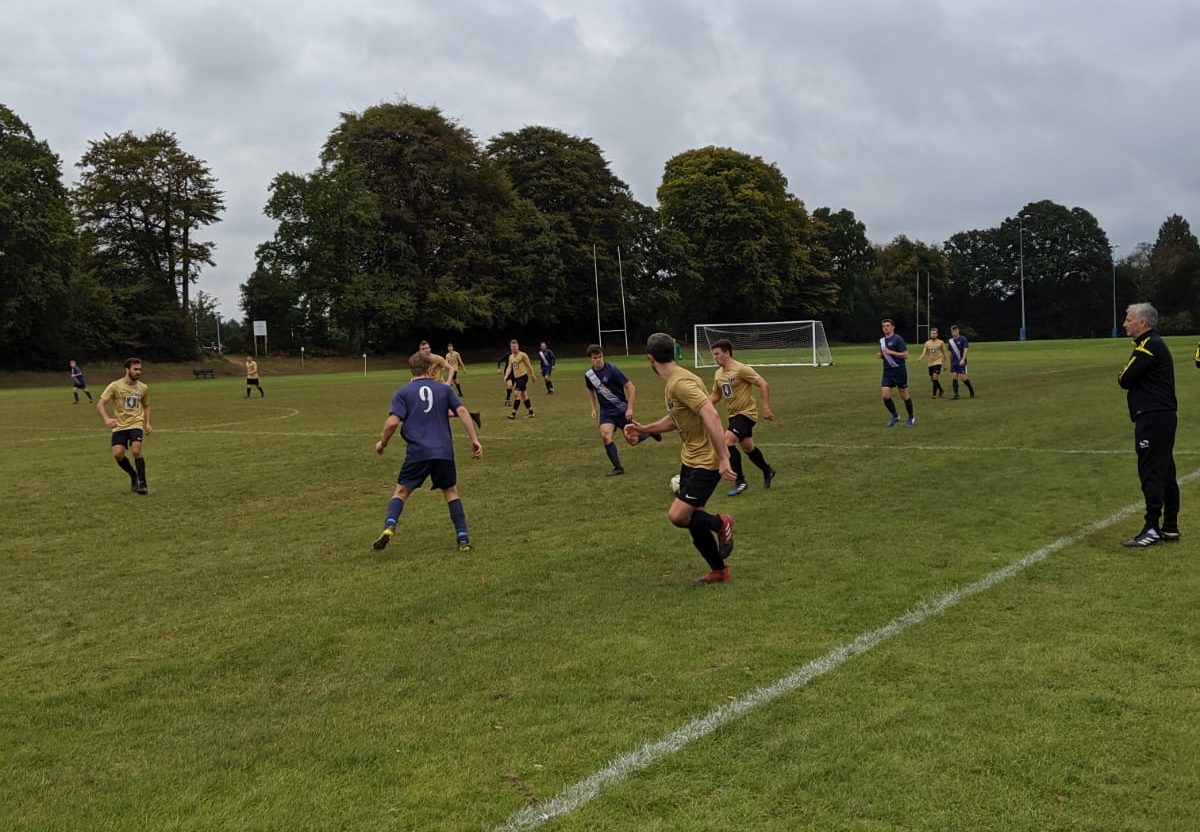 KPR continued to look dangerous with Seamus dominating in the air and Bruce keeping the ball on the deck (yes that it is the right way round). The hard work almost got the much needed goal when the ball fell outside the area to Liam who expertly struck the ball straight at the keeper causing no difficulty at all.

Not long after this, the golds conceded a corner…yep you guessed it, the opposition scored. Again the No. 4 found the ball at his feet and slotted the ball into the right corner.

The game was by no means over and KPR got the ball down and went again. Once more a chance for Liam who this time managed to neatly the head the ball back to the keeper after a good ball in from out wide.

KPR continued to push.  A fine pass from the midfield was slid through to Jonny who was coming in from the left wing who had his man for pace and was brought down just on the edge of the box. No VAR needed for this one, the ref points to the spot. The usual spot taker, Owen, confidently struck the ball home, game on indeed.

With minutes left Chris had ventured up the pitch (or perhaps had not made it back from a corner) to try and create a bit of chaos. Unfortunately there was little time for this to take effect. Chinga who was trying to drive forward managed picked out the opposition midfield with a lovely inside pass, the ball was simply rolled through to their forward who was able to kill the game off with a clinical finish.

Another bitter disappointment for the first team. 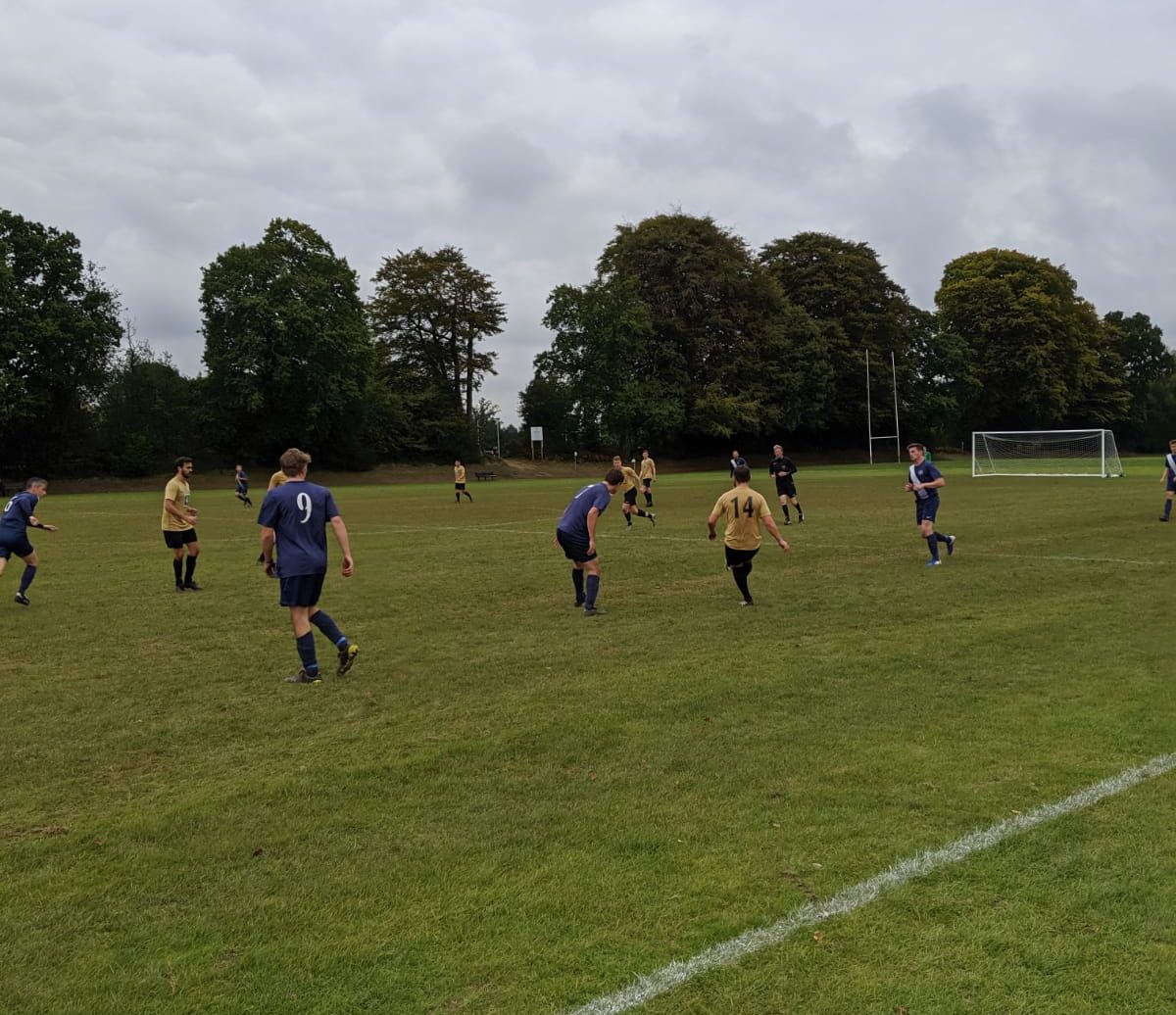 Some special mentions this week. The first to Tommy Newell who made sure he would make the game by sleeping on a bench at Clapham Junction until 6.30 in the morning.

The second for Woodsy who stained his pants when Mick (in his own gentle way) informed the squad that we weren’t going to be playing the 4-5-1 Woody had so passionately spoken about the week before.

Finally for Jambo who made the notes and took photos during the game.