Despite a significant number of changes in personnel, the ressies maintained the form of last week with a victory over the students in what was a close match. On a cold and blustery day, it would take something rather special to separate the sides. But we shall return to that later. 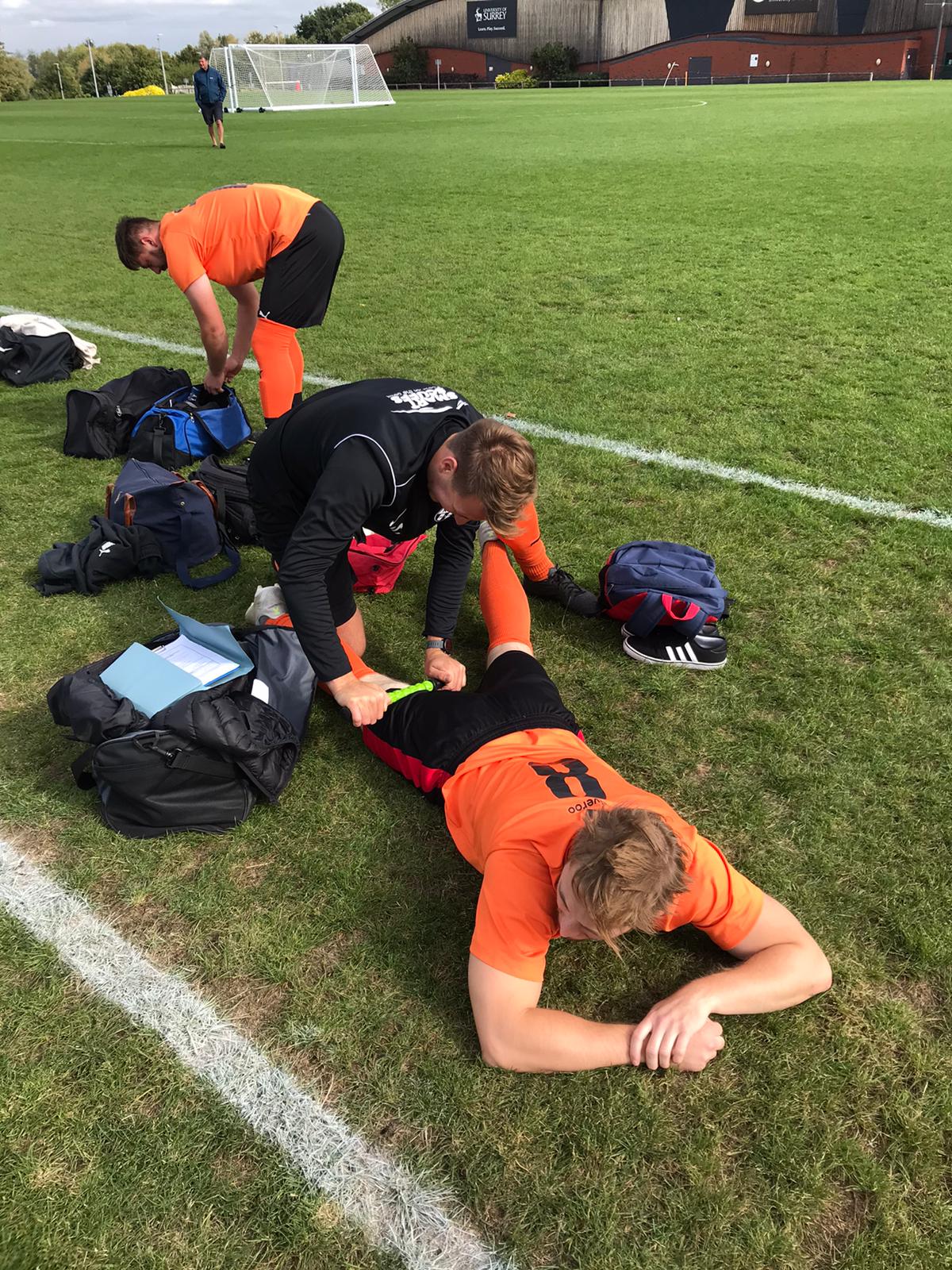 Never happened in my day.

Of the two sides, it was the University that started the best. Chinga at right back had his hands full against a Vietnam-era Forrest Gump and the returning George Searle was struggling to lay a significant glove on a talented midfielder who resembled a pocket battleship. Indeed, Chinga had to clear a goal bound shot off the line, before the University squandered a number of half-decent chances.

At the other end of the pitch debutant Eddie ‘Ozzy’ Osbourne was looking very energetic, and his perseverance paid off when he capitalized on a mistake by the opposition keeper when dealing with a back pass. Having seized the ball, Ozzy was able to place the ball into an empty net, but this goal was completely against the run of play. Touchline discussions focused on the keeper’s shorts being a contributory factor. What Crouchy called “hotpants” looked distinctly uncomfortable, but the keeper’s handling was secure when dealing with a well struck shot from distance from Crouch the younger.

Despite the generous scale of the pitch, the ressies were getting under each other’s feet, and this would have proved costly had another shot not sailed over the bar. The team were soon grateful to Jambo Crouch for a good block after possession had been given up cheaply before – out of nowhere – the ressies conjured up the best move of the match.

Quick progressive passing in midfield led to a clever blind / reverse pass that Midgers ran onto, but such was his pace his own momentum sent him flying when trying to control the ball and cut inside to fire off a rare shot. Amusement aside, the ressies now had the upper hand and Jake Ladd ought to have troubled the keeper with a header had he managed to actually leave the ground.

Typically, perhaps, the ressies, having gained the upper hand, then conceded a soft equalizer right before half time after more tricky play from Gump down the opposition’s left. There was little the Walrus could do but watch the free header sail past, but one-all at the break wasn’t a disaster.

Having thought the ressies would have the advantage of playing into the wind, it then strengthened and changed direction. Accordingly, the play was scrappy all-round for much of the second half. This was typified by the Walrus in goal who was fortunate a fumbled catch bounced off the back of the opposition’s head into his arms.

When the ball was kept on the carpet, matters looked better and a good through ball found the energetic Midgers bursting through the middle of the opposition’s penalty area, but, just when we thought “he’s gonna shoot you know”, he was pulled back by a defender and lost possession. As the ball broke free the referee, who had a good game, played an advantage but Ozzy delayed his shot sufficiently to allow the defender to make a good block.

As the game approached its conclusion touchline talk was of a “fair draw”, but almost as soon as the words had been uttered the assemble hoards (all four of us) were stunned into silence by – of all people – Midgers! And such is the quality of the goal it warrants its own paragraph:

Beginning with substitute Mungo (who had replaced the potty-mouthed Chinga), the ball then reached manager Liam Harrison who combined surprising strength in holding the ball up before a well-measured pass inside the full back was seized upon by Midgers. A decent touch, and an instant burst of speed, later Midgers found himself inside the box before unleashing such a ferocious shot everyone on the touchline simply assumed it would sail over the bar. Indeed, there was a confused delay as the expectations of the mind were contradicted by the fact the ball was not, as expected, flying towards the hospital car park but was, instead, nestling in the back of the net?! 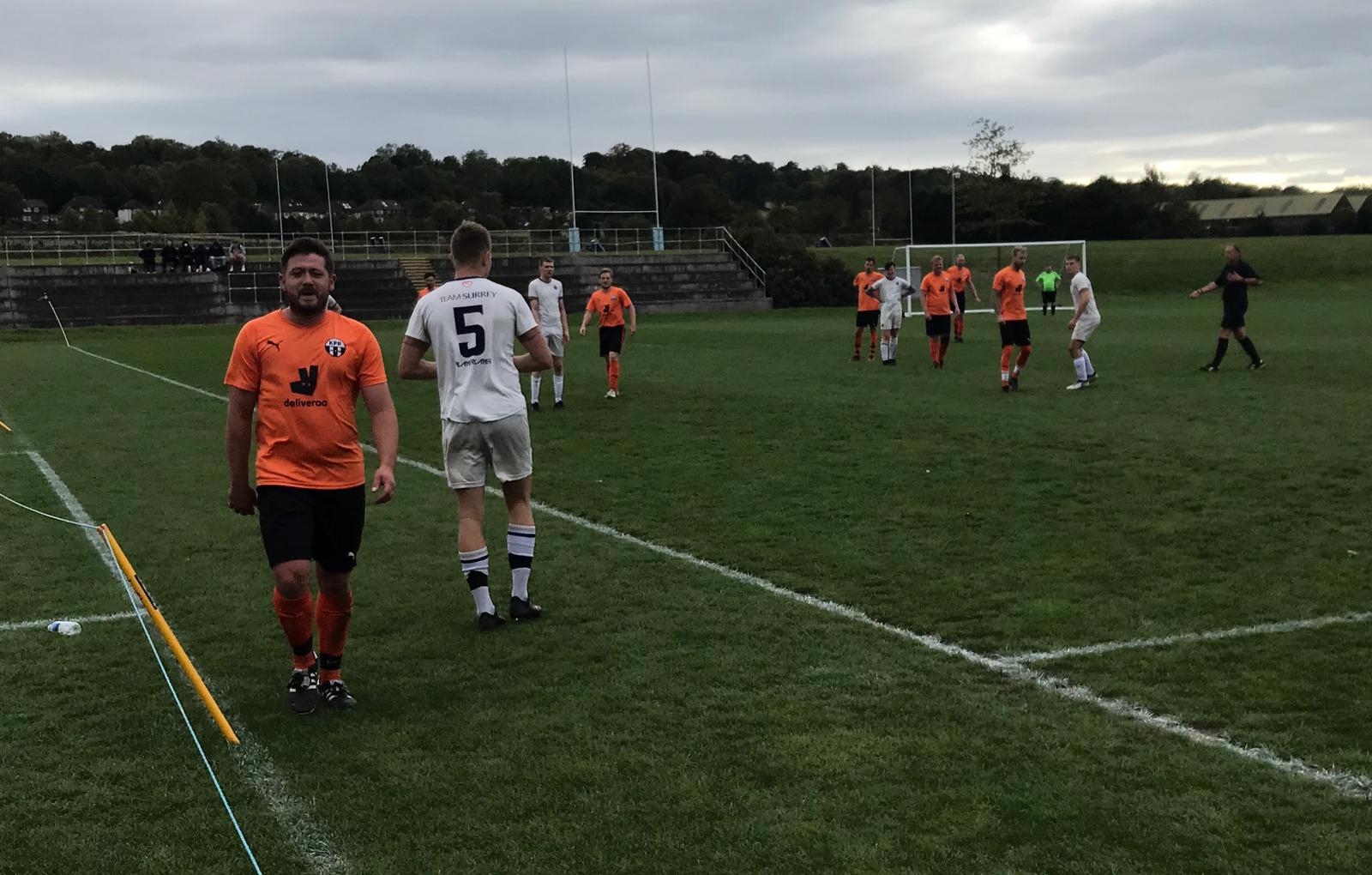 Once the spectator’s brains had processed what they had just witnessed, the rapturous applause (and some laughter given Midgers ‘Dido Harding Award’ last week) began. Although Jake ‘money to burn’ Ladd got booked for booting the ball away for a second week in a row, the ressies were able to hold onto their lead until the referee called time on a very cold, but entertaining, afternoon.